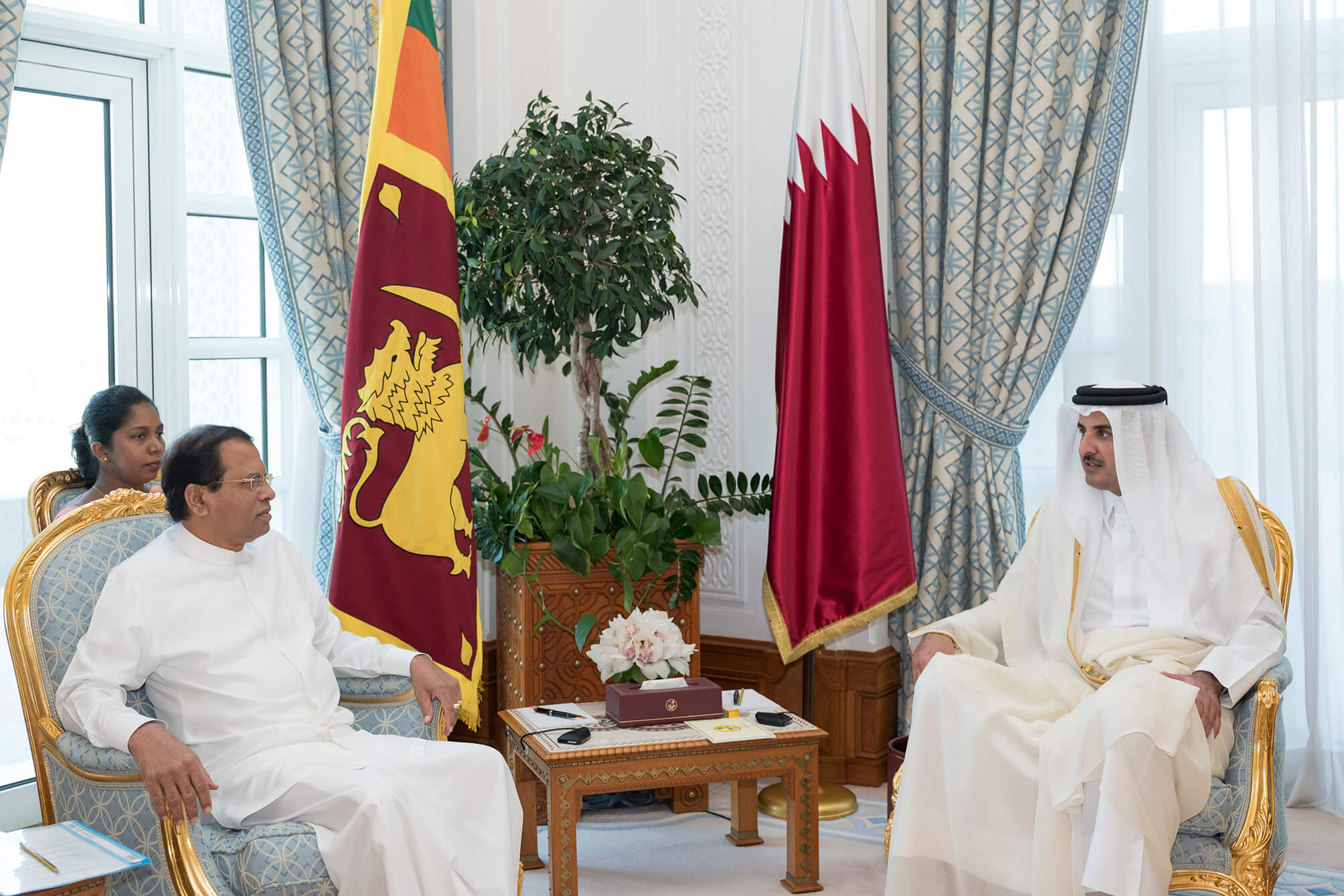 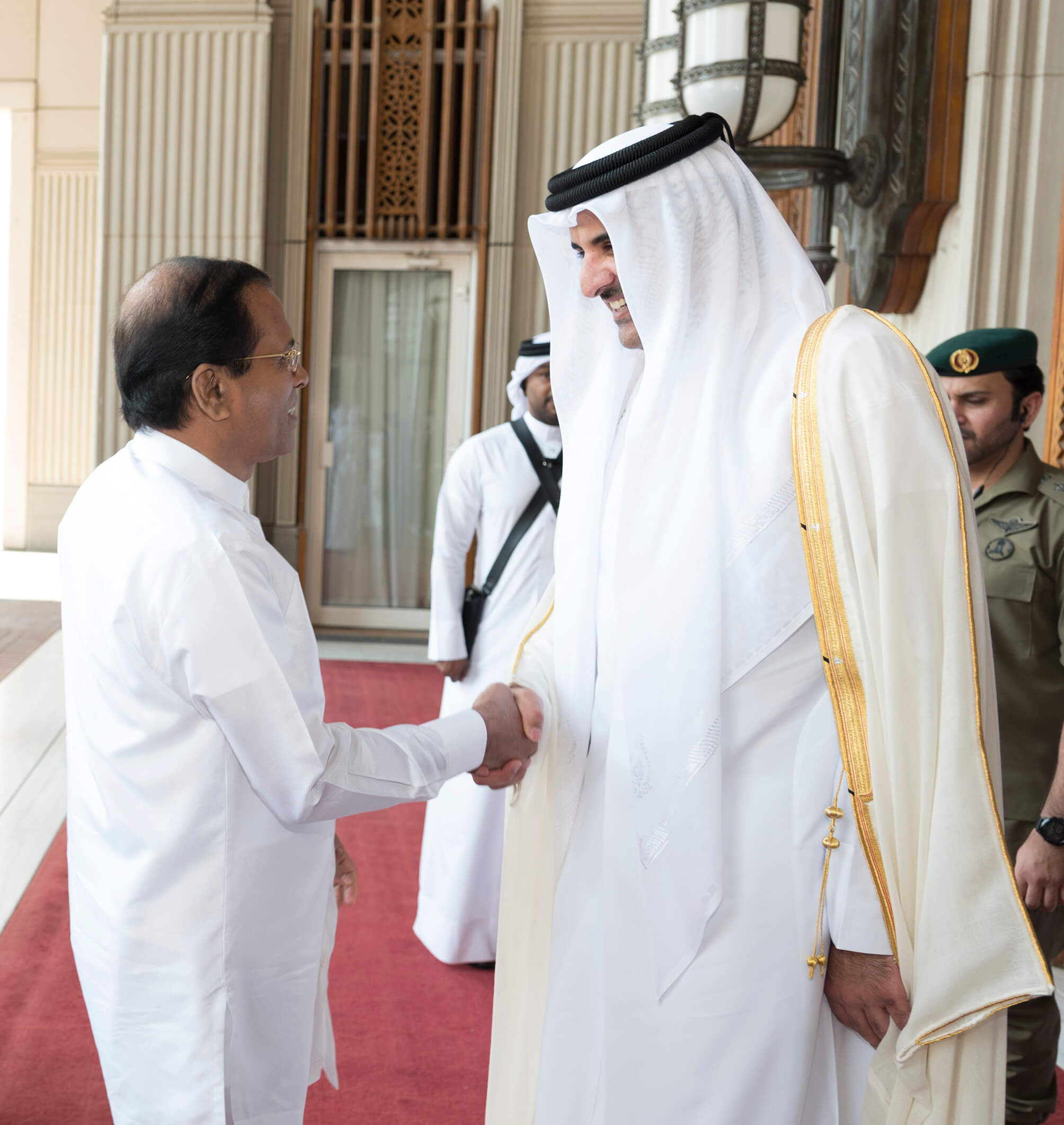 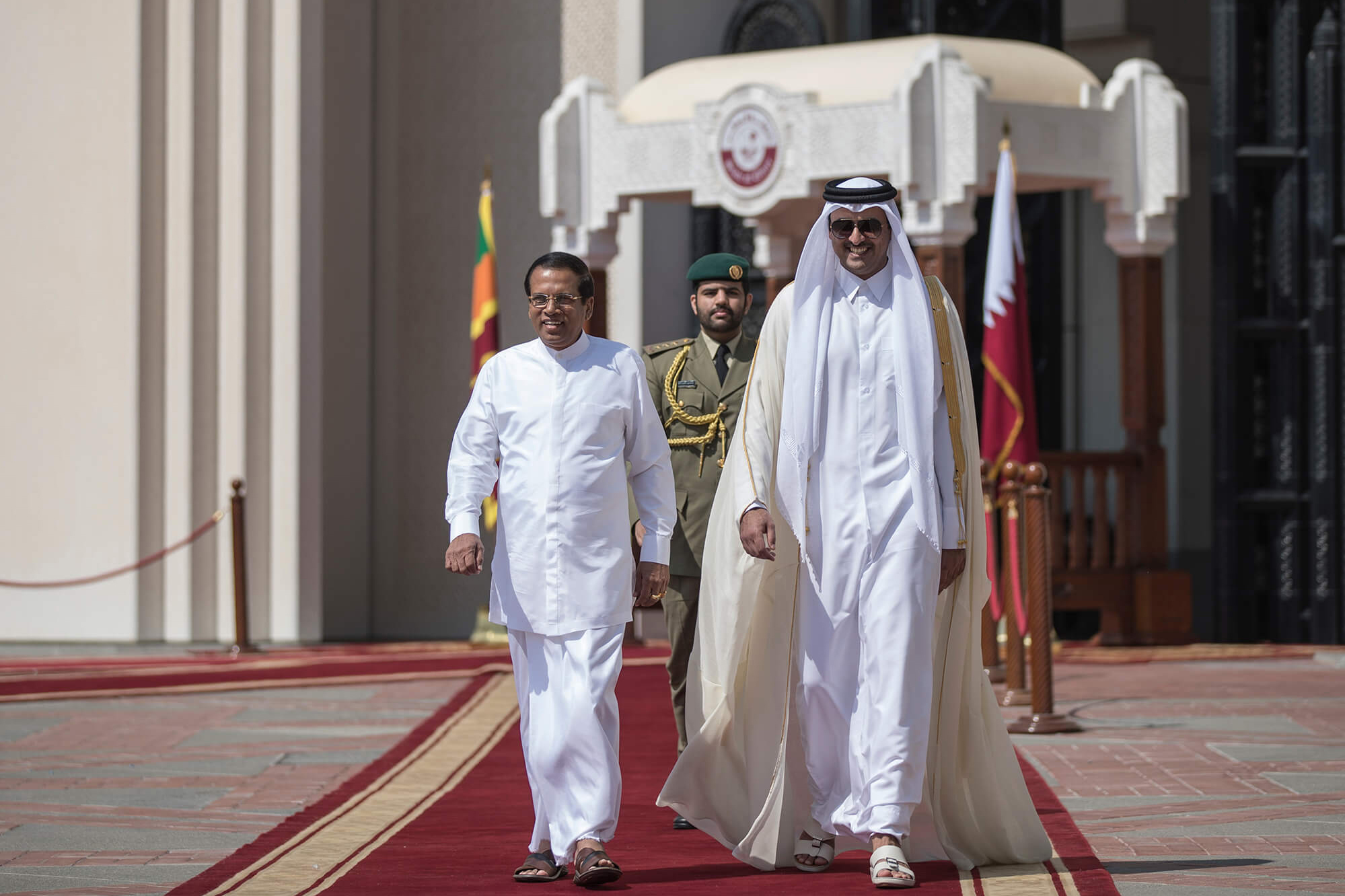 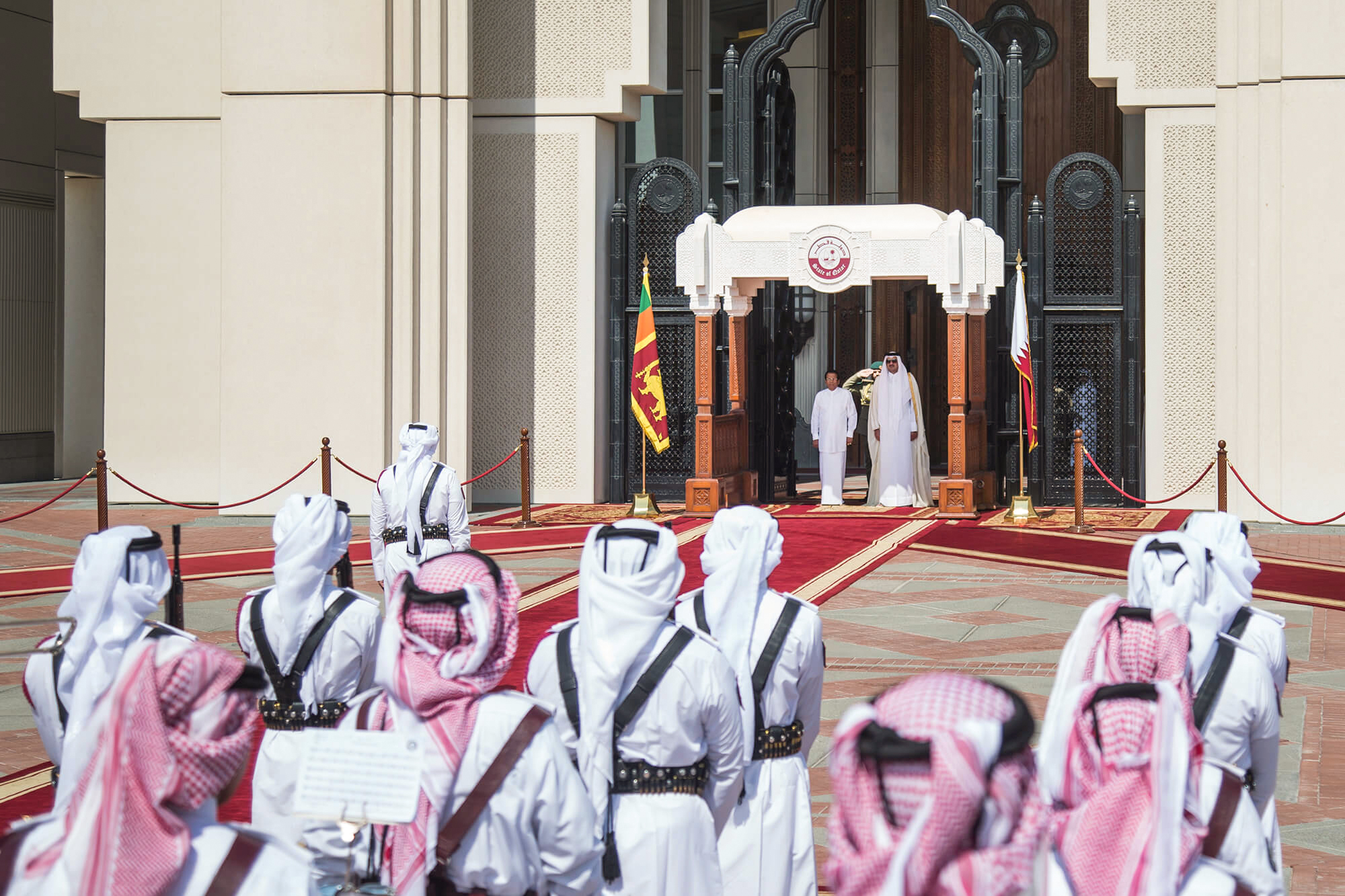 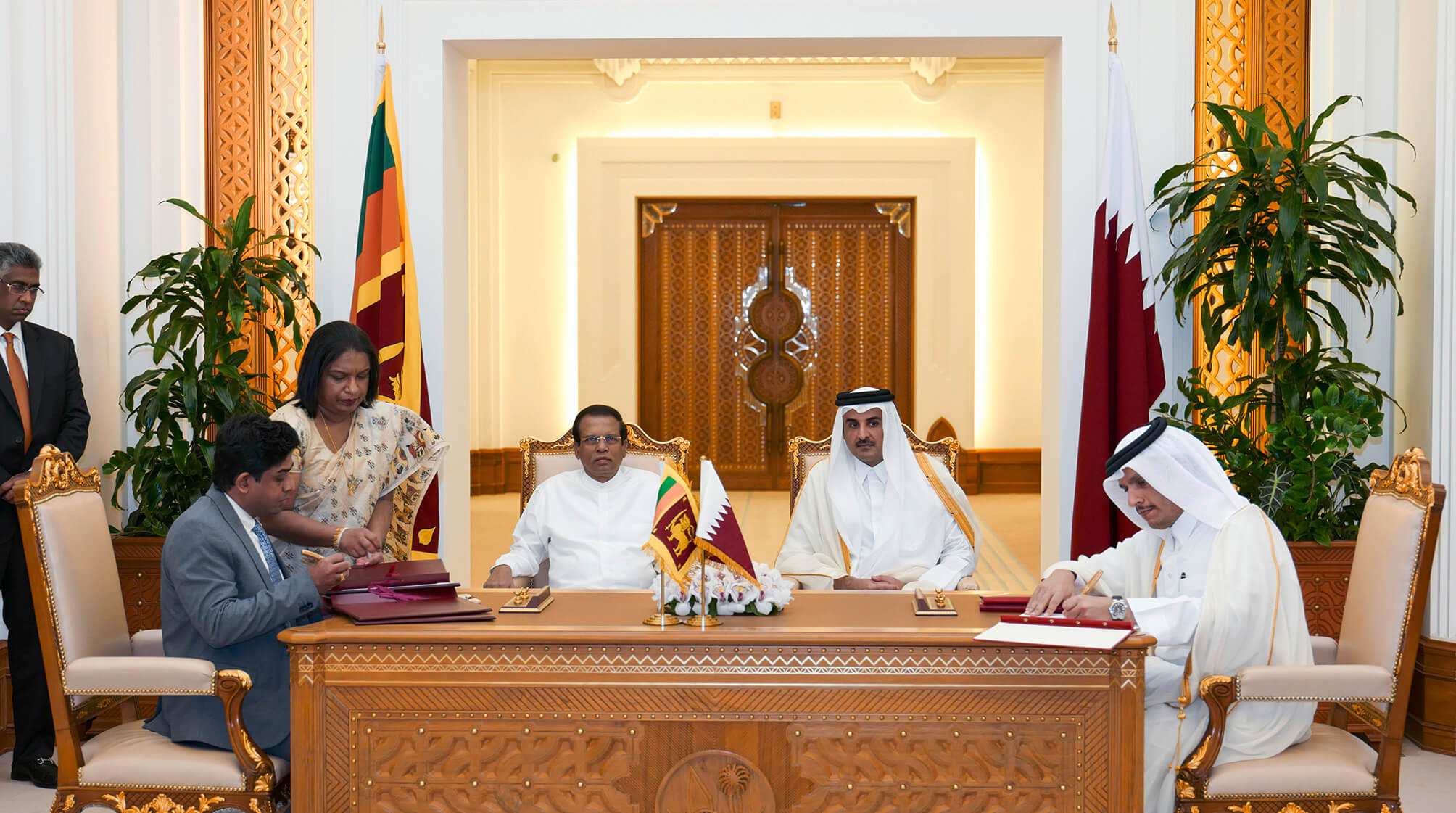 His Highness The Amir Sheikh Tamim bin Hamad Al Thani held a session of official talks with HE President of the Democratic Socialist Republic of Sri Lanka, Maithripala Sirisena, at the Amiri Diwan on Thursday.

During the talks, they reviewed aspects of bilateral relations between both countries and ways to boost and develop them in the different fields such as investment, energy, education, health and medical sciences.

The talks also touched on a number of current regional and international issues of common interest.

Following the session, HH The Amir and HE the Sri Lankan president witnessed the signing of a number of cooperation agreements and memoranda of understanding (MoU) between both countries. An agreement on cooperating in the diplomatic and research training was signed between the Foreign Ministry of the State of Qatar and the Ministry of Foreign Affairs of the Democratic Socialist Republic of Sri Lanka, a grant agreement was signed to provide urgent aid to Sri Lanka to face drought between Qatar Fund for Development and the government of the Republic of Sri Lanka.

In addition, an MoU on mutual exemption of visas for holders of diplomatic, private and official passports was signed as well as an MoU on cooperation in the energy field, an MoU on the sewage field, an MoU to cooperate in the field of health and medical sciences, and an MoU in the field of exchanging financial investigations between Financial Information Unit of the State of Qatar and the information unit of the Republic of Sri Lanka.

From the Sri Lankan side, the session was attended by Their Excellencies members of the delegation accompanying HE the president.

HE the president of Sri Lanka had arrived earlier at the Amiri Diwan, where he was accorded an official reception ceremony.