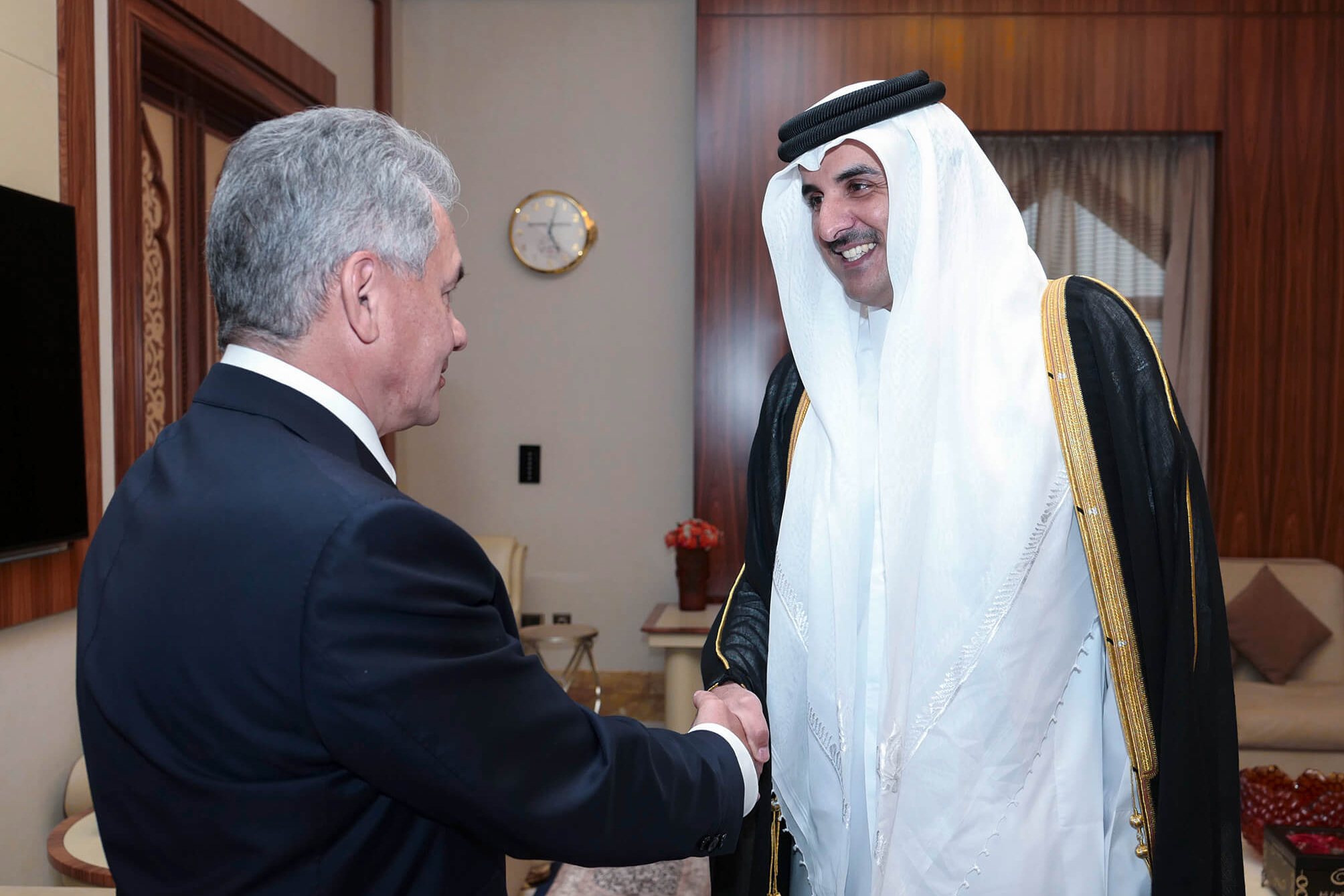 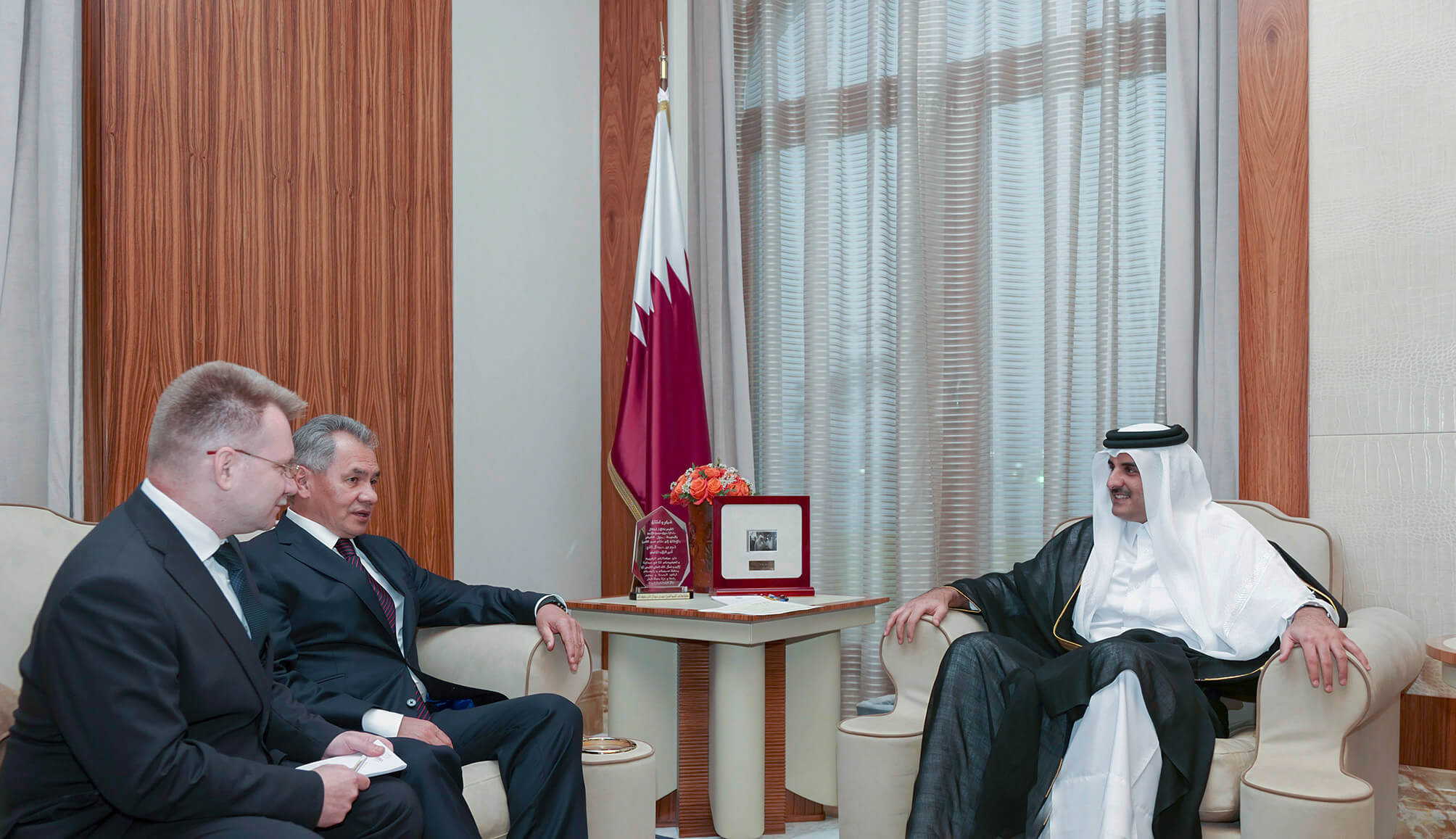 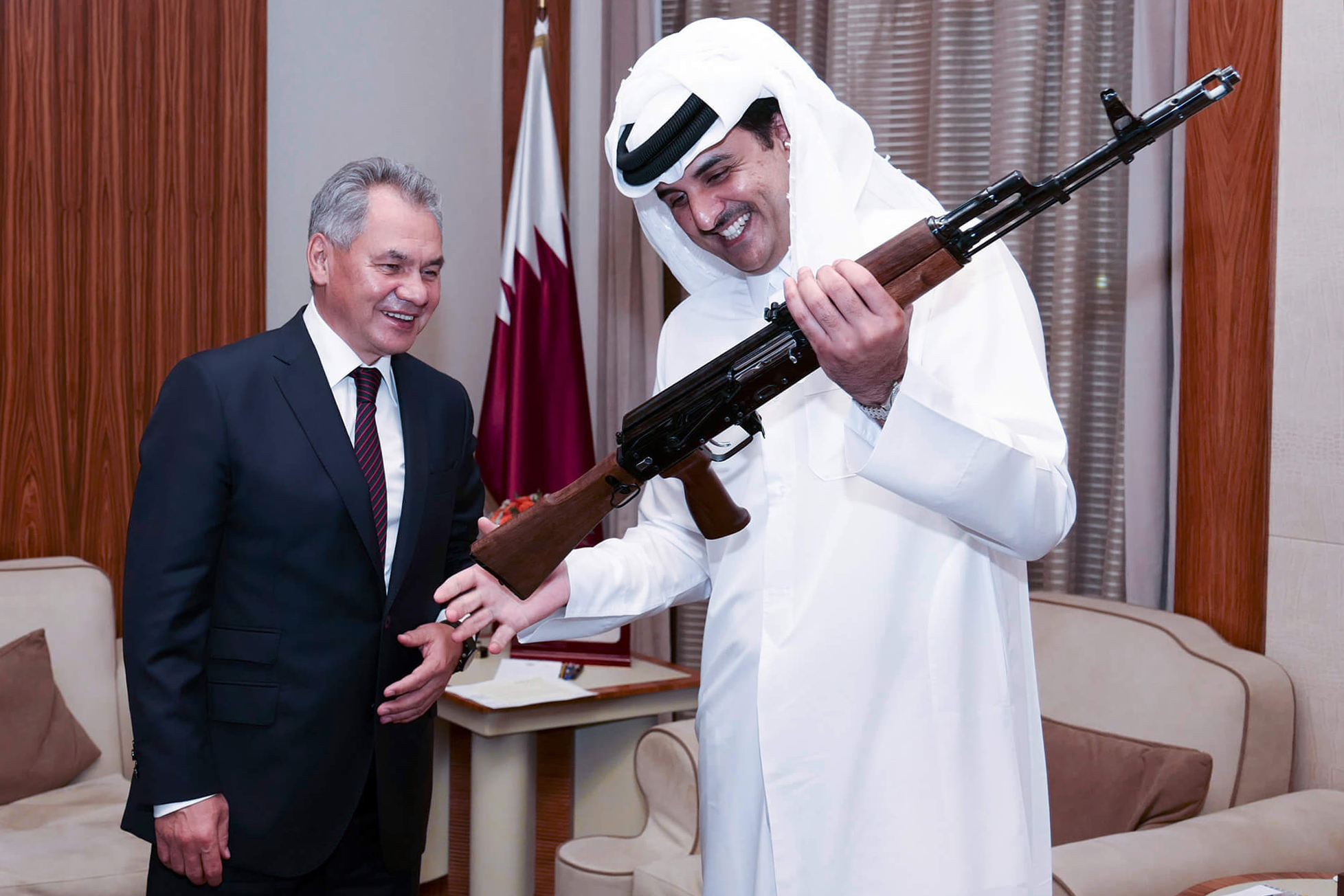 His Highness The Amir Sheikh Tamim bin Hamad Al Thani received at his office in Al Bahr Palace on Wednesday evening HE Minister of Defense of the Russian Federation Sergey Shoygu and his accompanying delegation, on the occasion of his visit to the country.

At the outset of the meeting, the Russian Defense Minister conveyed the greetings of HE President of the Russian Federation Vladimir Putin and his wishes to HH The Amir and the Qatari people of continued progress and prosperity.

For his part, HH The Amir entrusted the Russian Defense Minister to convey his greetings and wishes to the Russian President and the friendly Russian people of further development and prosperity.

Talks during the meeting covered the bilateral relations between the two friendly countries and means of enhancing prospects of cooperation in the military field.

The meeting also discussed a number of regional and international issues, in particular the Gulf crisis and its implications for regional security, as well as the developments in the situation in Syria and the international efforts to end the inhuman situation and the suffering of the brotherly Syrian people.

The meeting also touched on the situation in Libya, and the efforts of the State of Qatar and the international community to find urgent solutions to the crises of the region by establishing security and stability and combating terrorism and extremism.