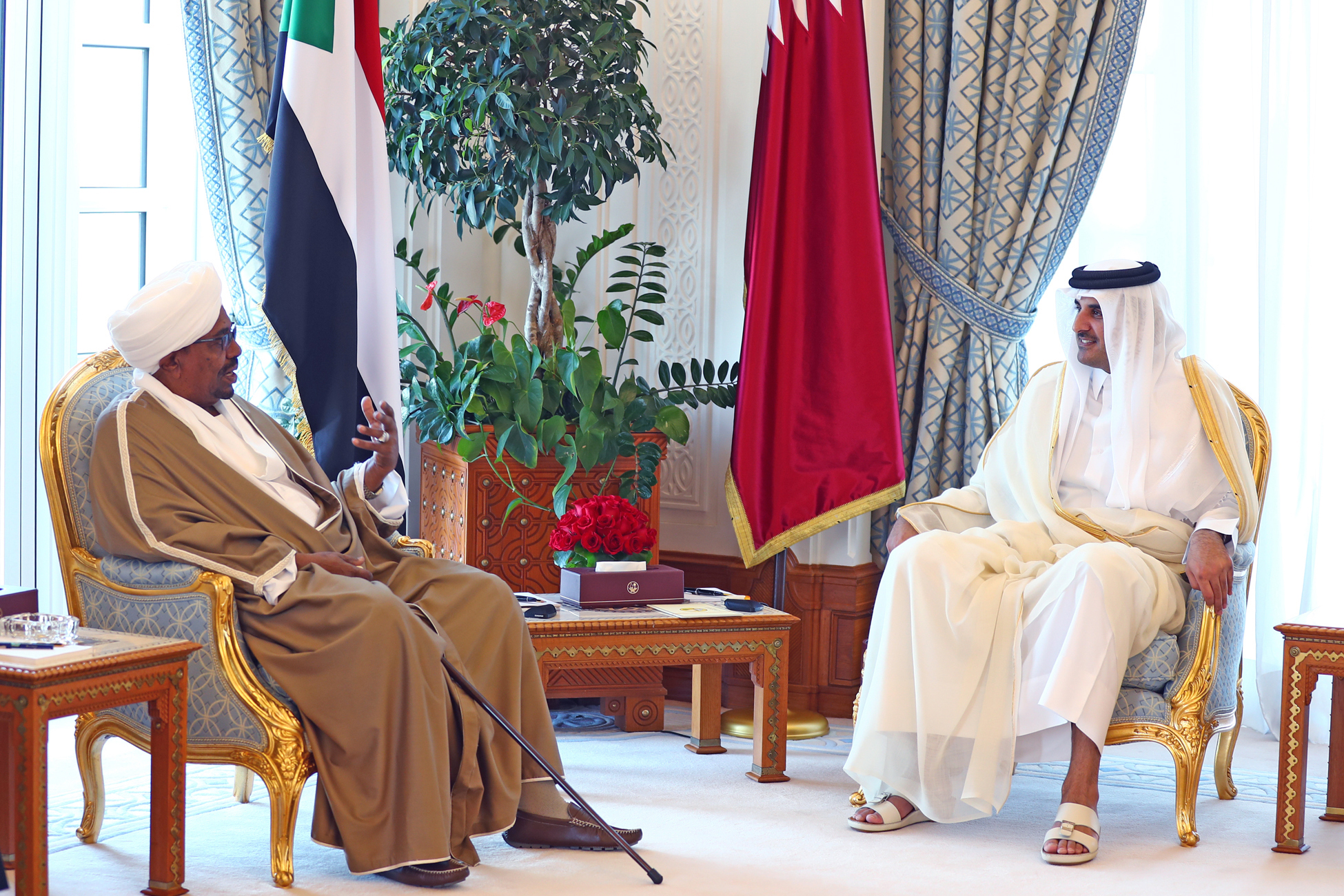 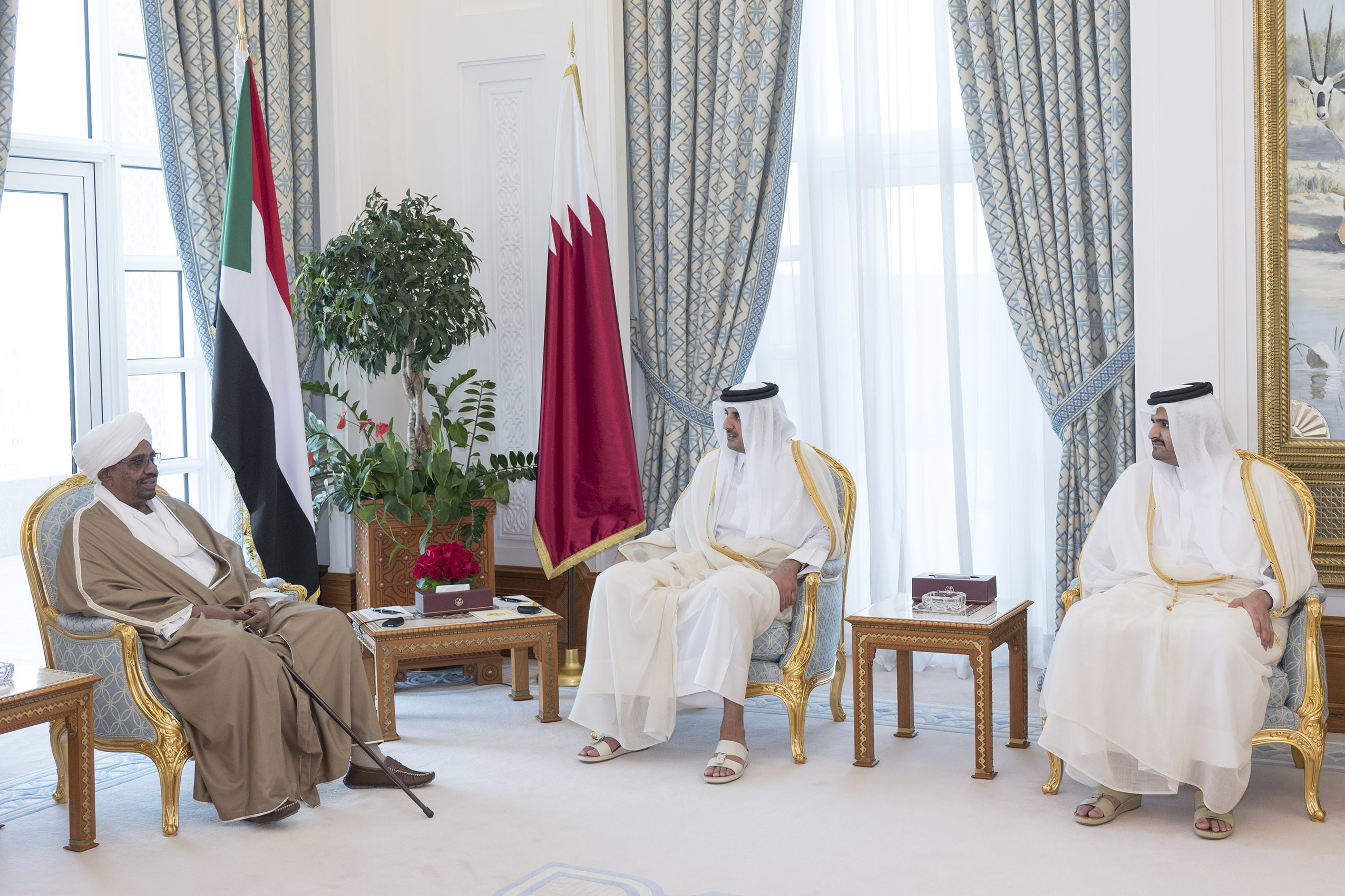 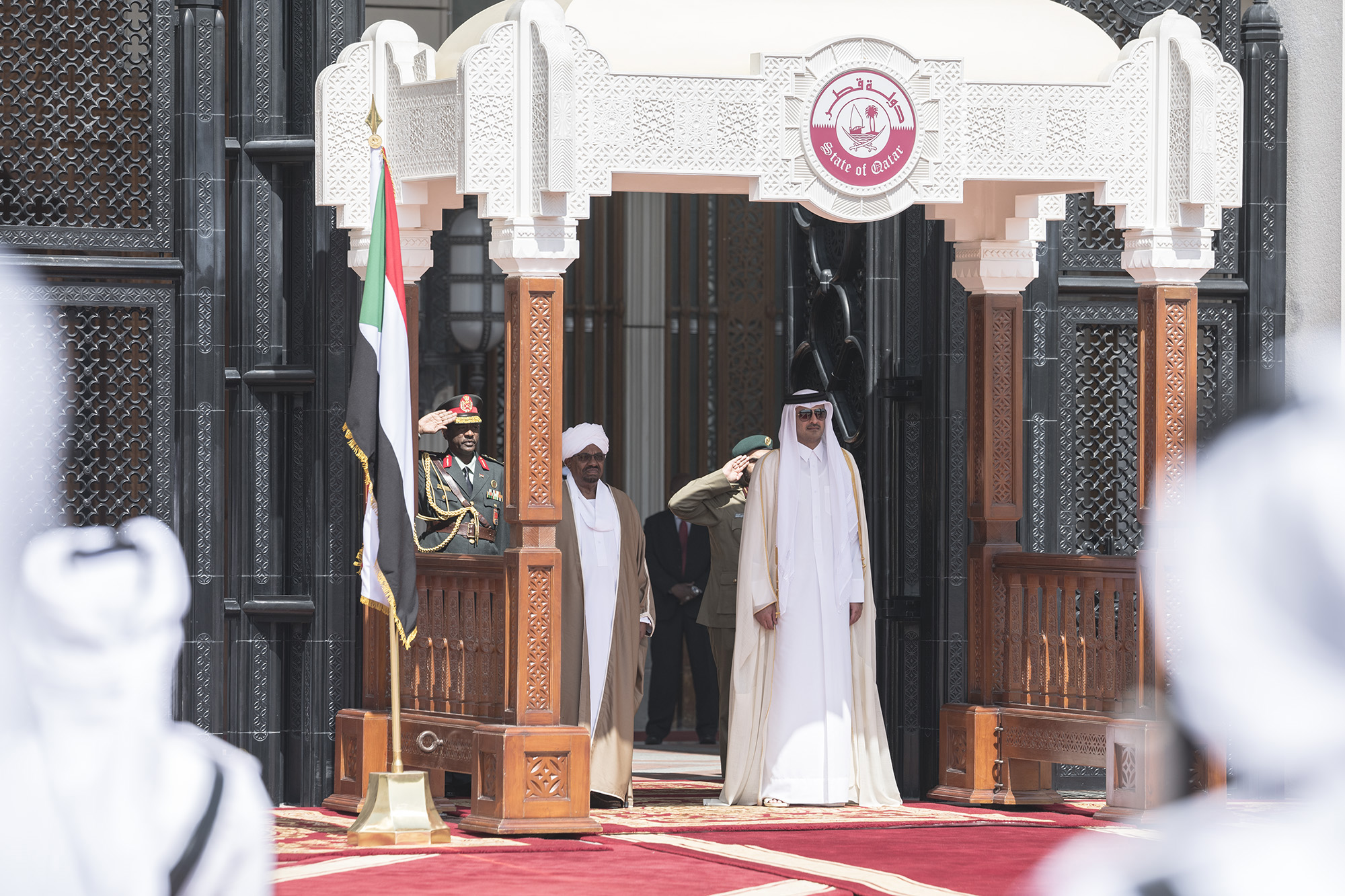 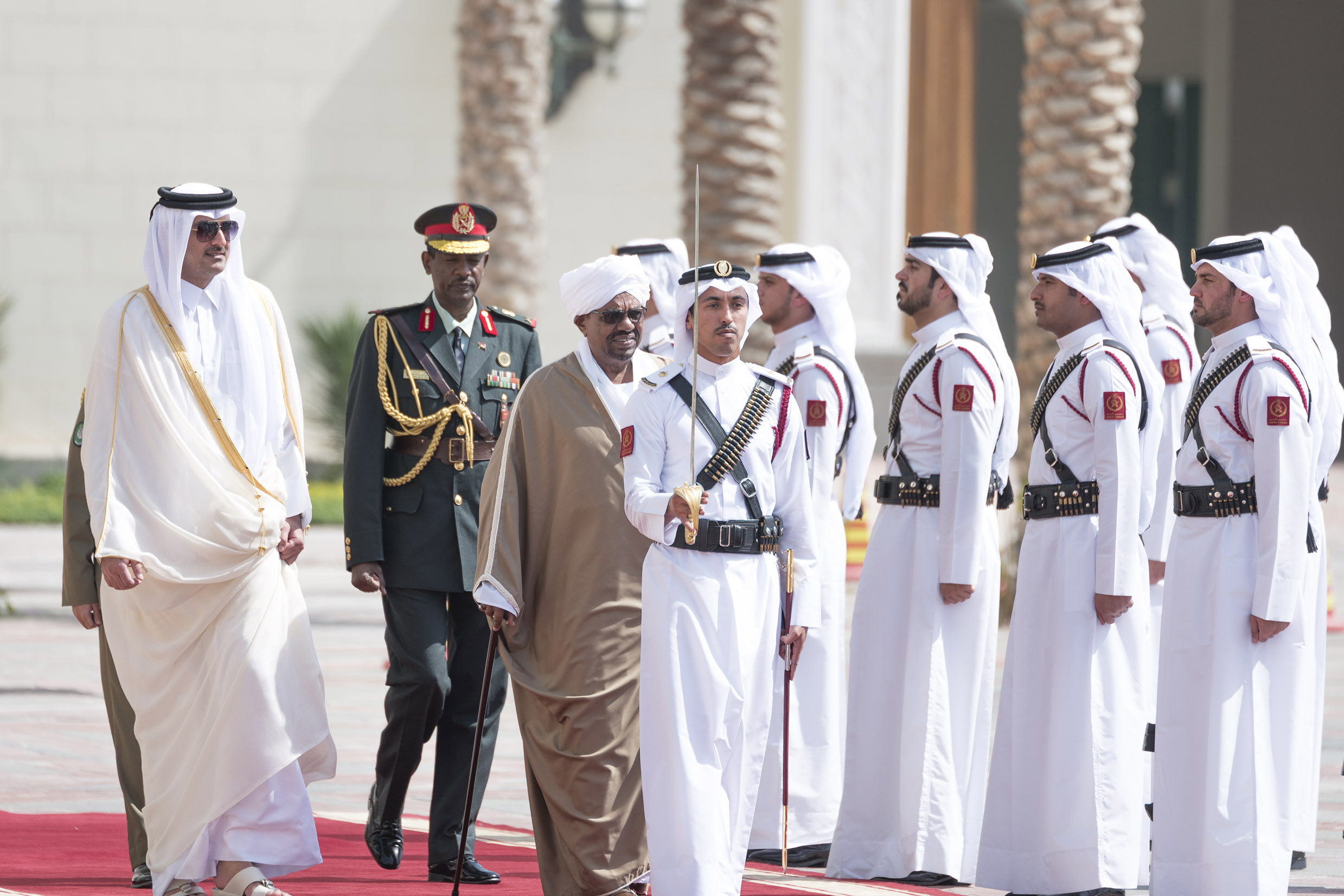 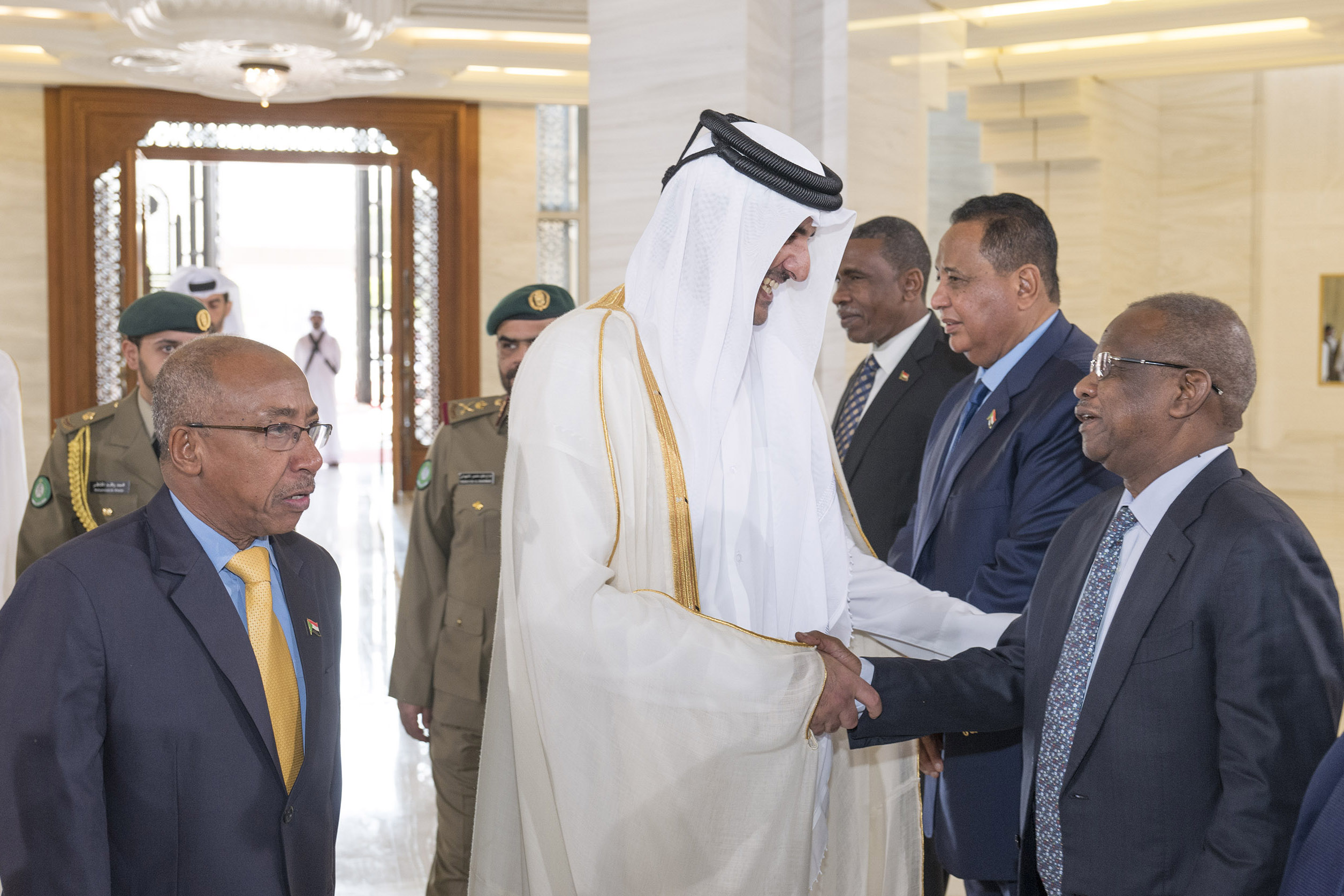 His Highness The Amir Sheikh Tamim bin Hamad Al Thani held a session of official talks with HE President of the Republic of the Sudan Field Marshal Omar Al Bashir at the Amiri Diwan on Tuesday.

During the talks, they reviewed bilateral relations and discussed a number of issues of common concern, especially the developments in the region.

The talks were attended by HH The Deputy Amir Sheikh Abdullah bin Hamad Al Thani. It was also attended by a number of Their Excellencies the Ministers.

From the Sudanese side, it was attended by Their Excellencies members of the delegation accompanying HE President of the Republic of the Sudan.

HH The Amir hosted a luncheon in honor of HE the Sudanese President and his accompanying delegation.