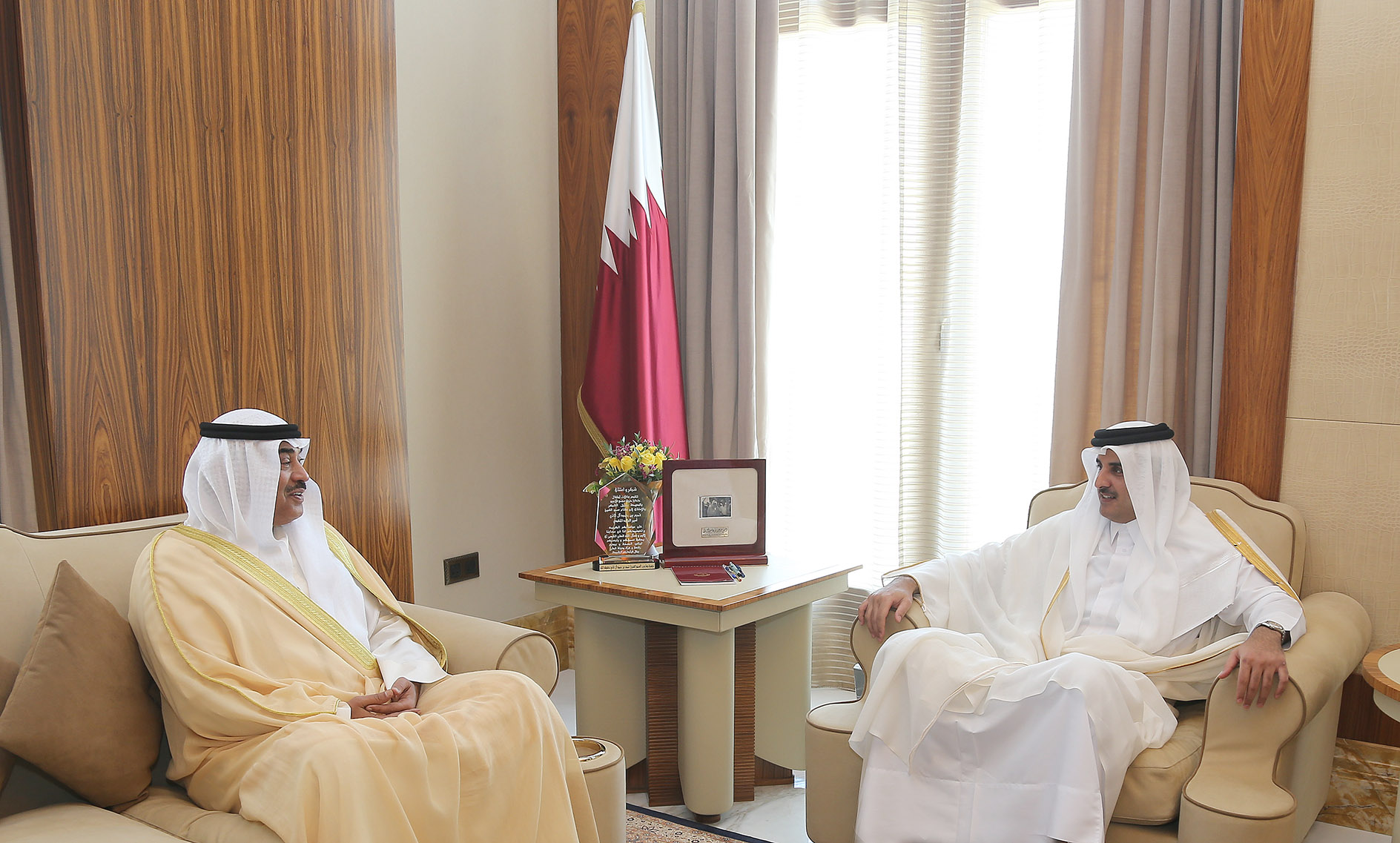 At the outset of the meeting, HE the first deputy prime minister conveyed the greetings of HH The Amir of the fraternal State of Kuwait Sheikh Sabah Al Ahmad Al Jaber Al Sabah to HH The Amir, and his wishes of more progress and prosperity to His Highness and the Qatari people.

For his part, HH The Amir entrusted HE Sheikh Sabah Al Khaled Al Hamad Al Sabah with his greetings and wishes of more development and growth to HH The Amir of the State of Kuwait and the fraternal Kuwaiti people.

The meeting reviewed the close fraternal relations and discussed a set of regional and international issues, especially the latest developments of the Gulf crisis and the Kuwaiti efforts to settle it through dialogue.