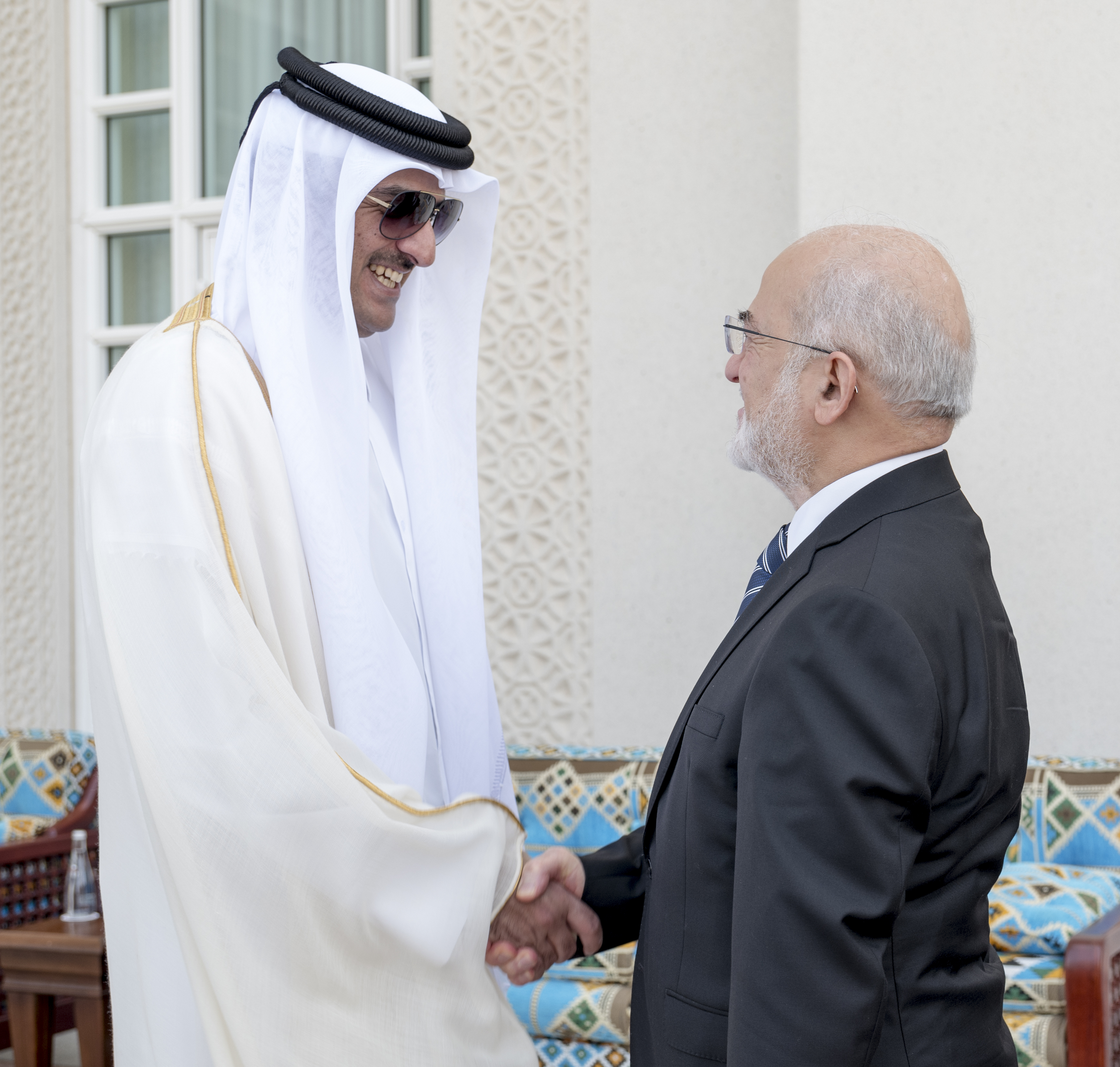 His Highness The Amir Sheikh Tamim bin Hamad Al Thani received at the Amiri Diwan on Wednesday morning HE Minister of Foreign Affairs of Republic of Iraq Dr Ibrahim Al Jaafari and his accompanying delegation.

The meeting reviewed the bilateral relations between both countries as well as the ways to boost and develop them. On this matter, HH The Amir confirmed the State of Qatar's keenness on the unity of the Republic of Iraq.

The meeting also discussed a number of topics of interest to both countries, especially the developments of the region.