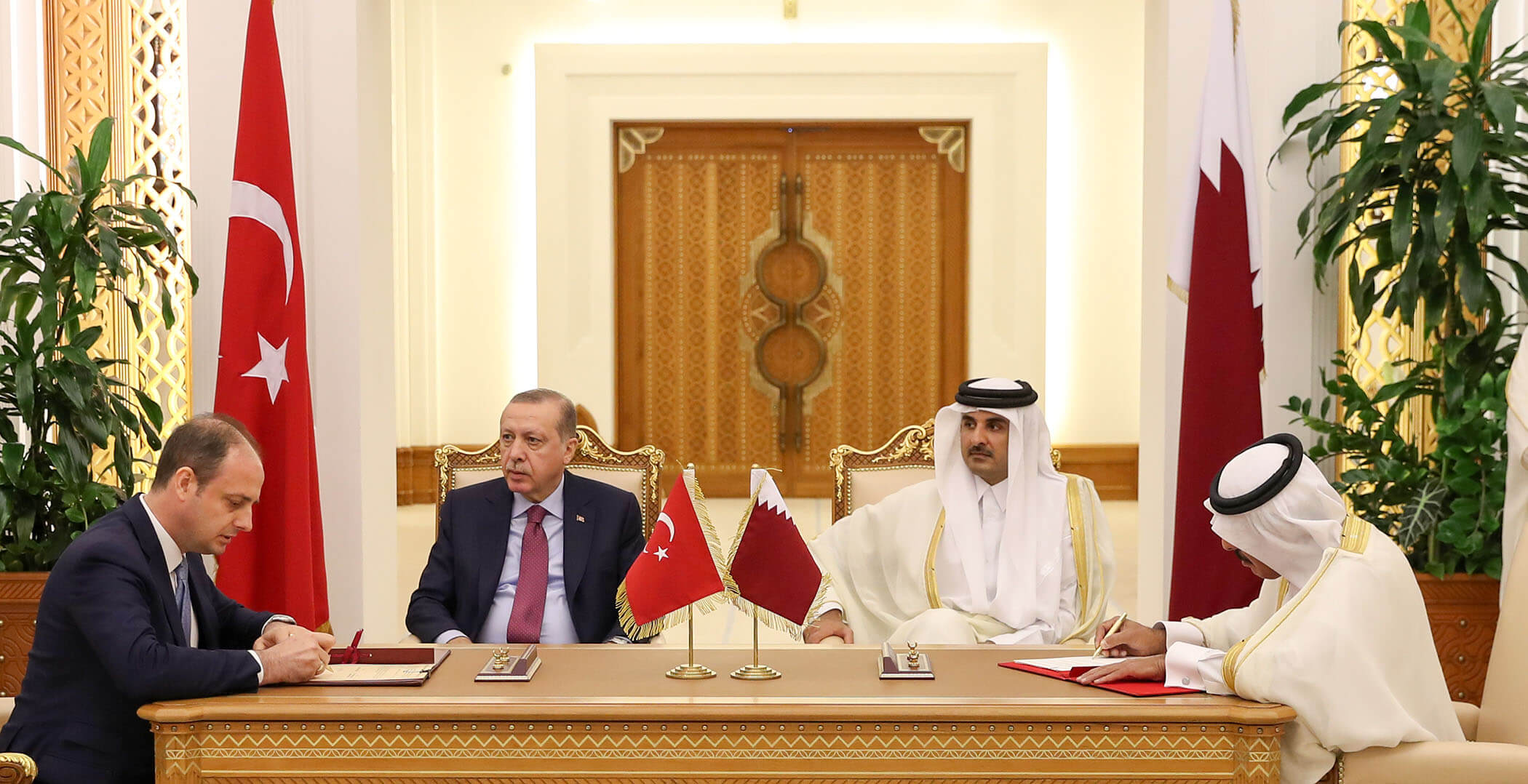 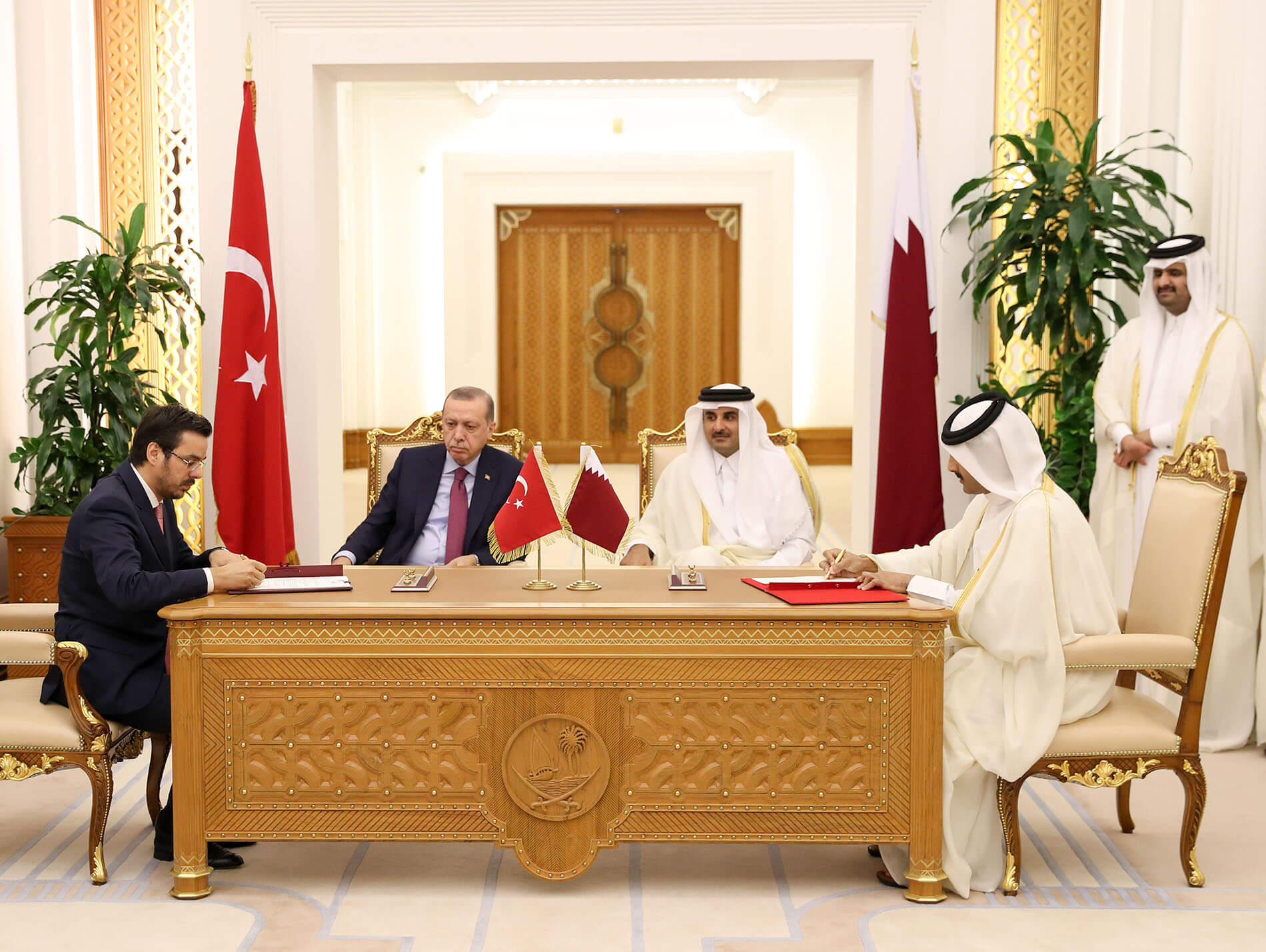 His Highness The Amir Sheikh Tamim bin Hamad Al Thani and his brother, HE the President of the Republic of Turkey Recep Tayyip Erdogan, witnessed the signing of a number of cooperation agreements and memorandums of understanding between the two brotherly countries following the meeting of the third session of the Supreme Strategic Committee between the State of Qatar and the Turkish Republic.

The signing ceremony was attended by HH The Deputy Amir Sheikh Abdullah Bin Hamad Al Thani and a number of ministers.

The signing ceremony was attended by the Ministers, members of the official delegation accompanying HE the Turkish President.