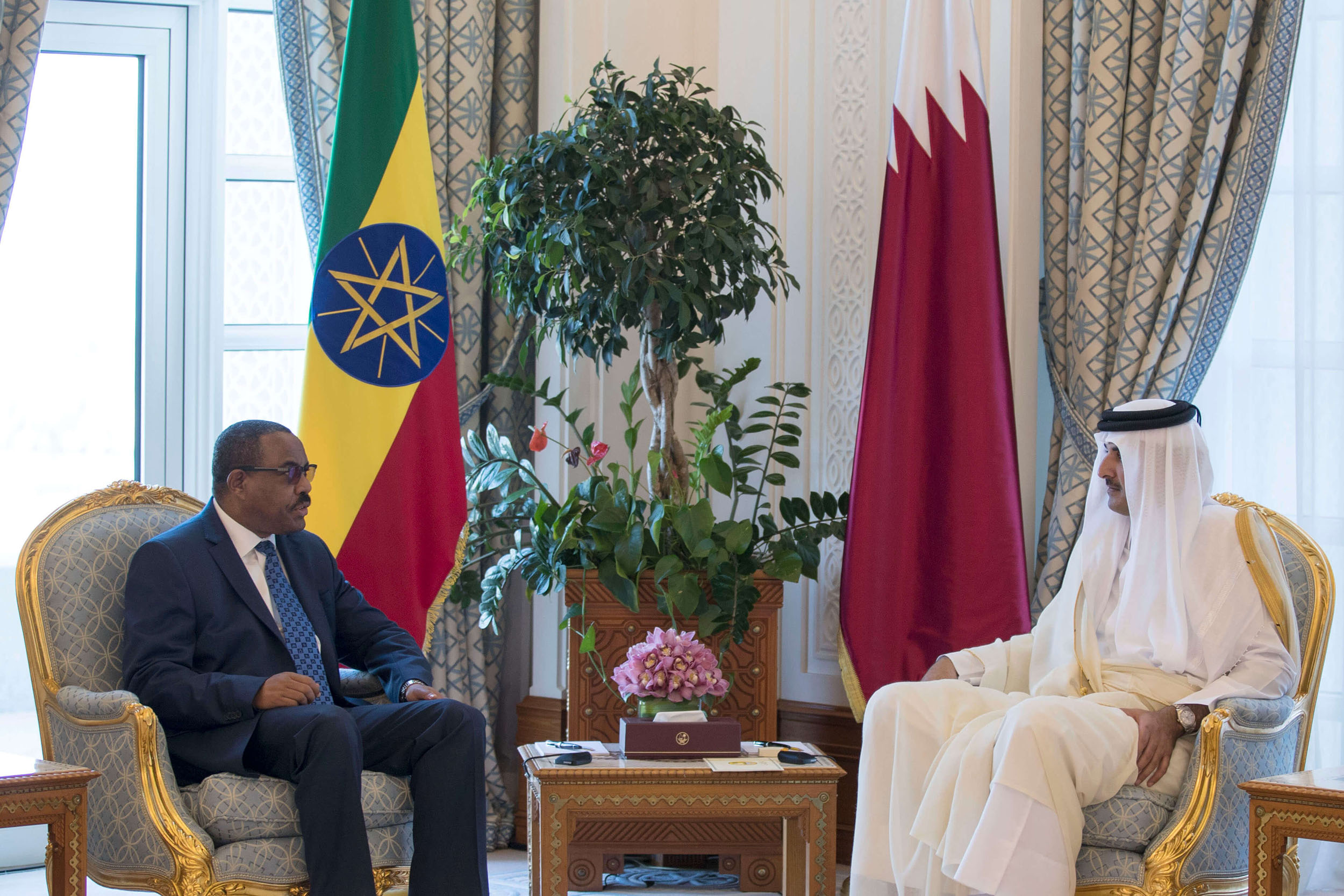 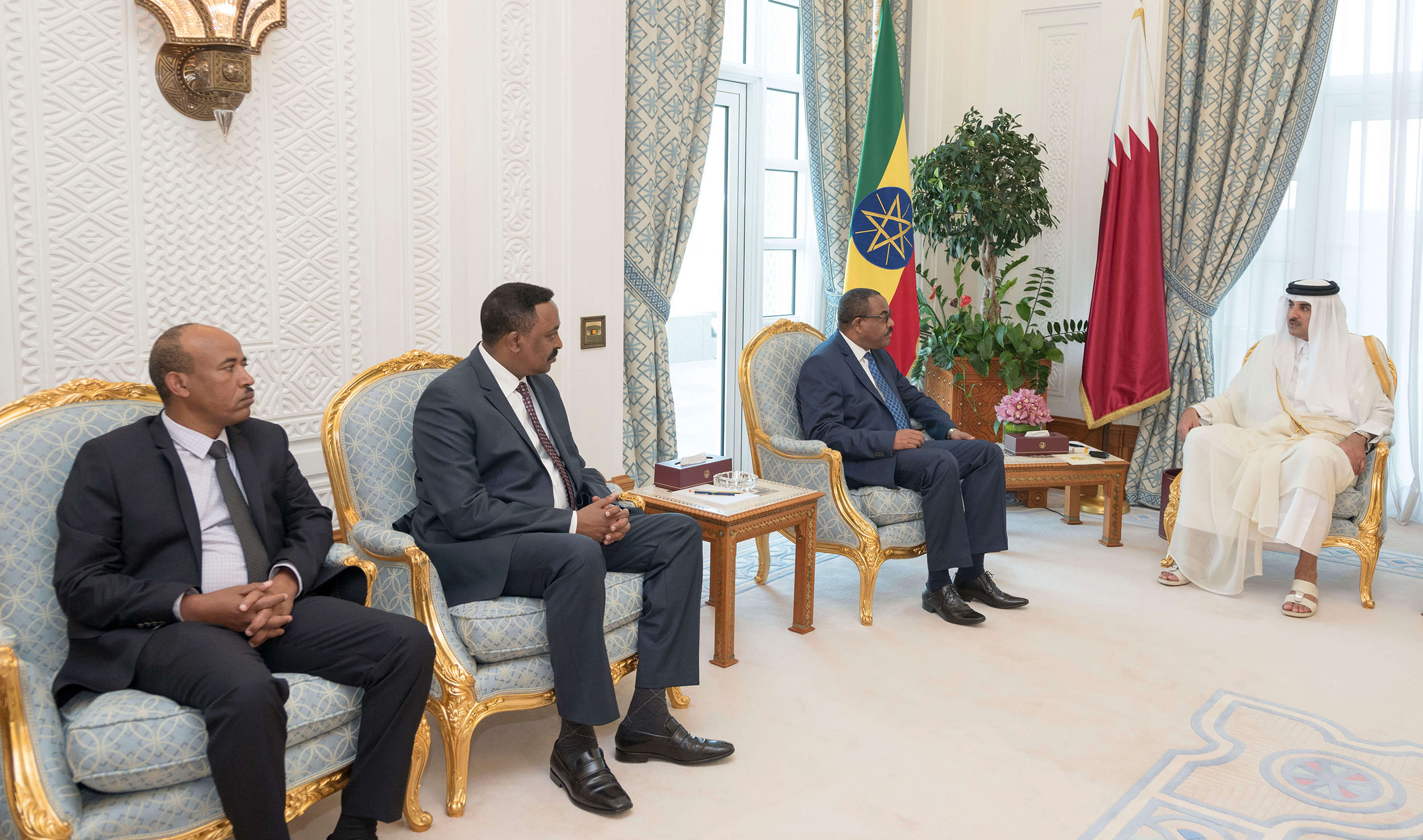 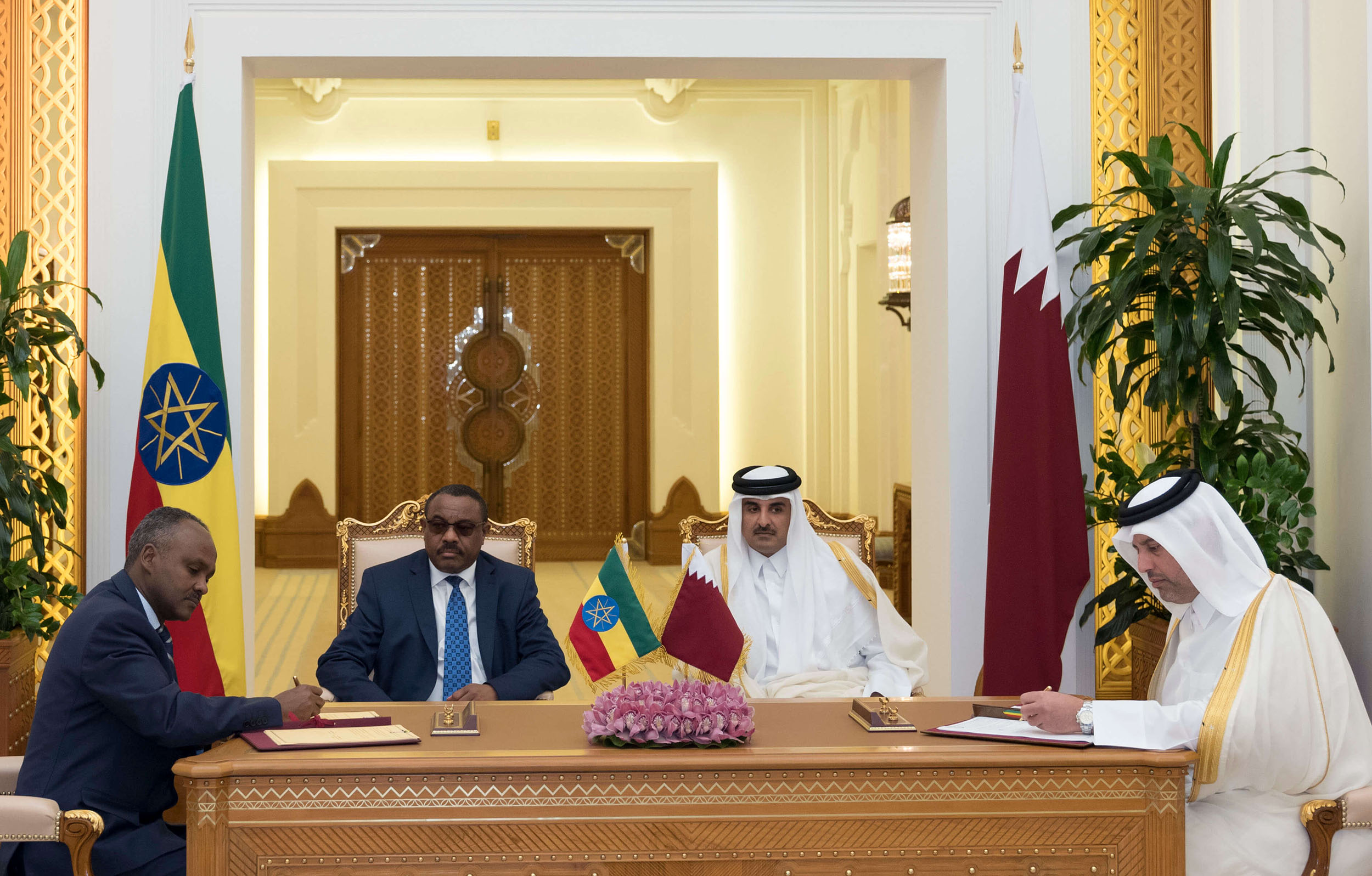 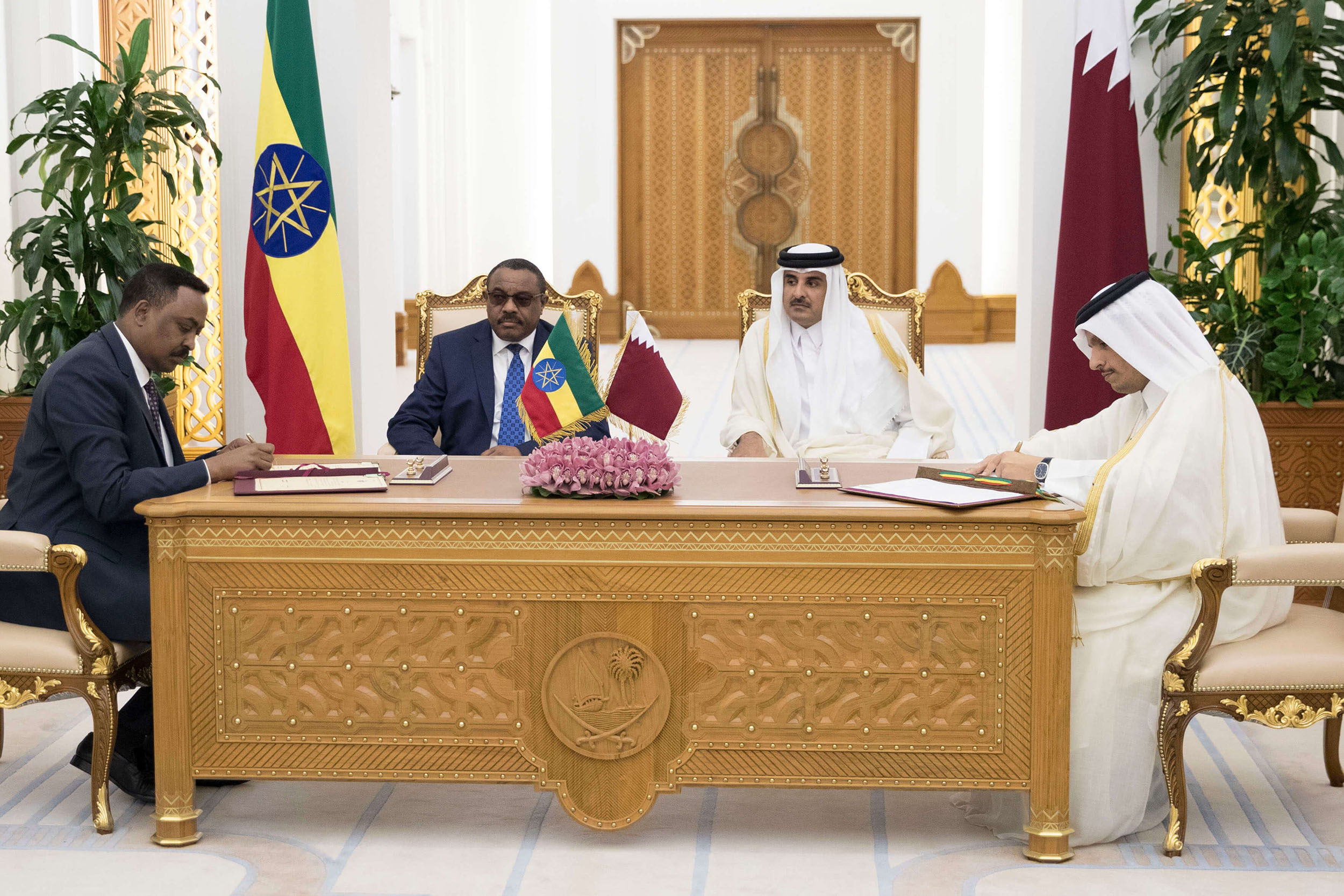 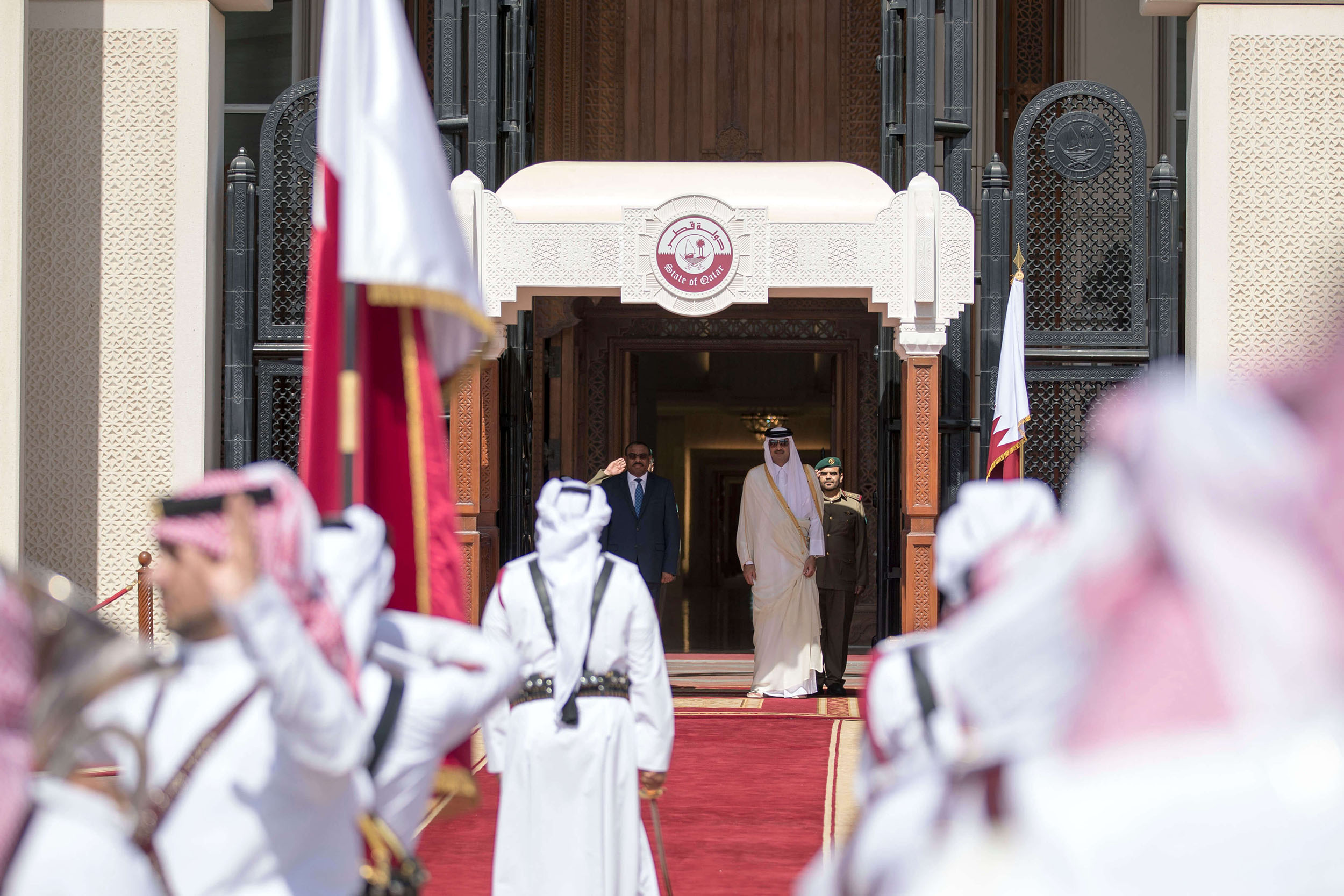 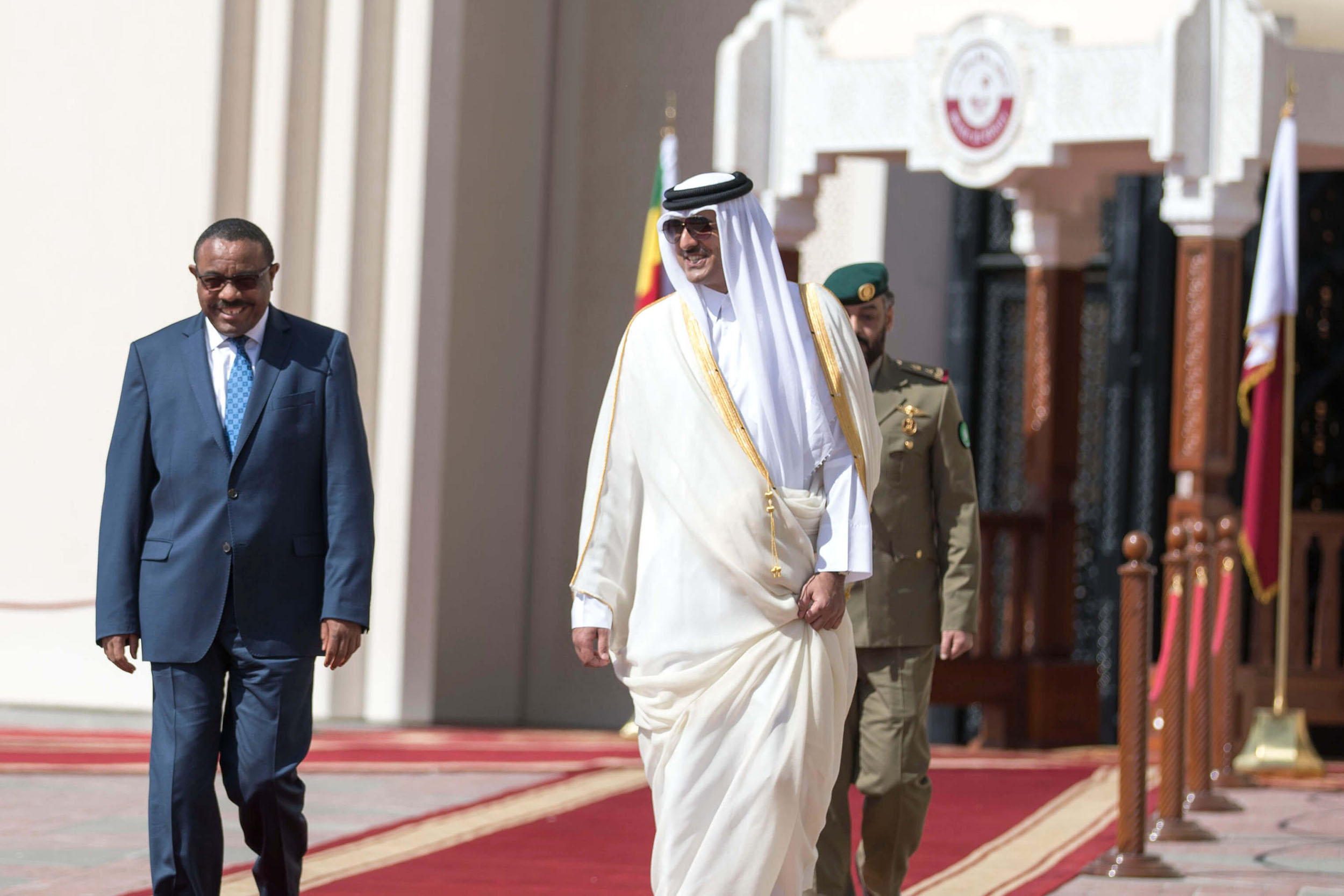 His Highness The Amir Sheikh Tamim bin Hamad Al Thani and HE Prime Minister of the Federal Democratic Republic of Ethiopia Hailemariam Desalegn held a session of official talks at the Amiri Diwan on Tuesday.

At the outset of the talks, HH The Amir welcomed HE the Prime Minister of Ethiopia, looking forward that the visit would contribute to expanding the bilateral relations between the two countries to a wider level.

For his part, HE the Ethiopian Prime Minister expressed thanks and gratitude to HH The Amir for his invitation to visit Qatar, expressing the hope that the visit would result in further cooperation between the two countries at all levels. He underlined that the Federal Democratic Republic of Ethiopia stands with its principles and supports the State of Qatar in establishing security and stability in the Gulf region and Africa.

During the talks, HH The Amir and the Ethiopian Prime Minister reviewed bilateral relations and means of enhancing them in various fields, especially in the fields of economy, tourism and investment. The talks also tackled a number of regional and international issues of mutual interest, especially the developments in the Middle East.

Following the session of talks, HH The Amir and HE the Prime Minister of Ethiopia witnesses the signing of a number of agreements and Memorandums of Understanding between the two countries.

The session of talks was attended by HE the Prime Minister and Interior Minister Sheikh Abdullah bin Nasser bin Khalifa Al Thani and a number of Their Excellencies the ministers.

On the Ethiopian side, the talks were attended by Their Excellencies members of the official delegation accompanying HE the Prime Minister.

HE the Prime Minister of Ethiopia Hailemariam Desalegn had arrived earlier to the Amiri Diwan, where he was accorded an official reception