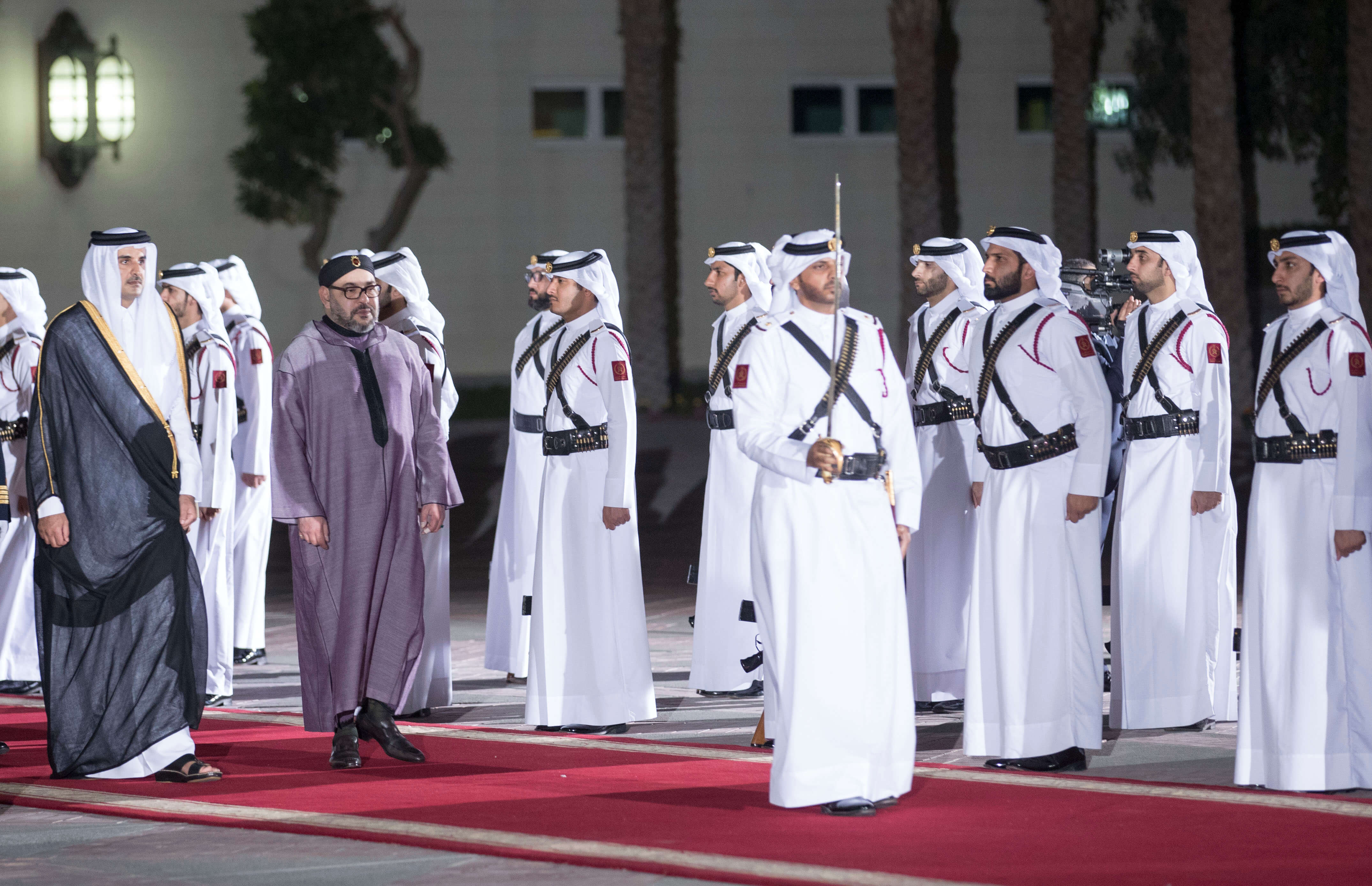 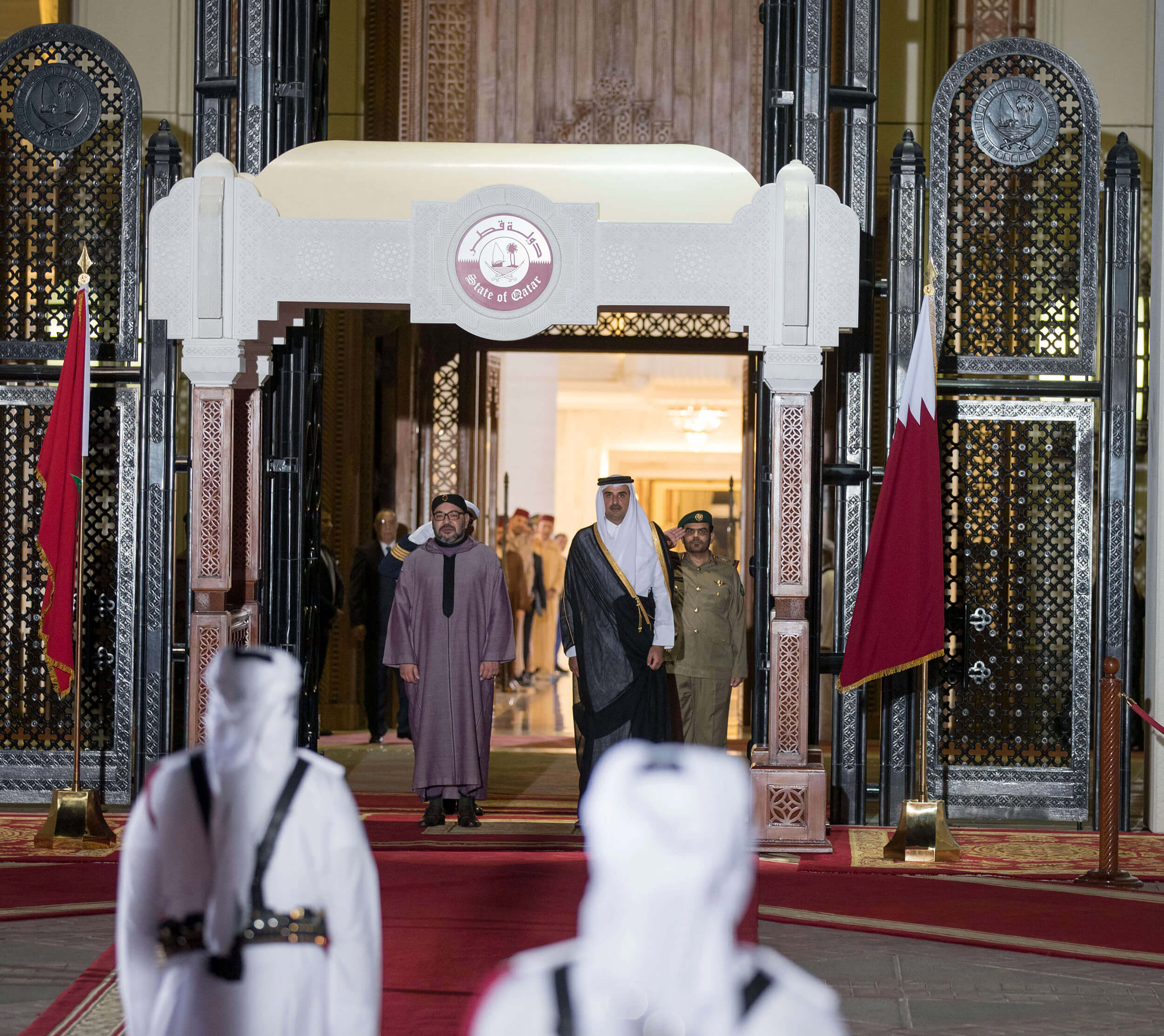 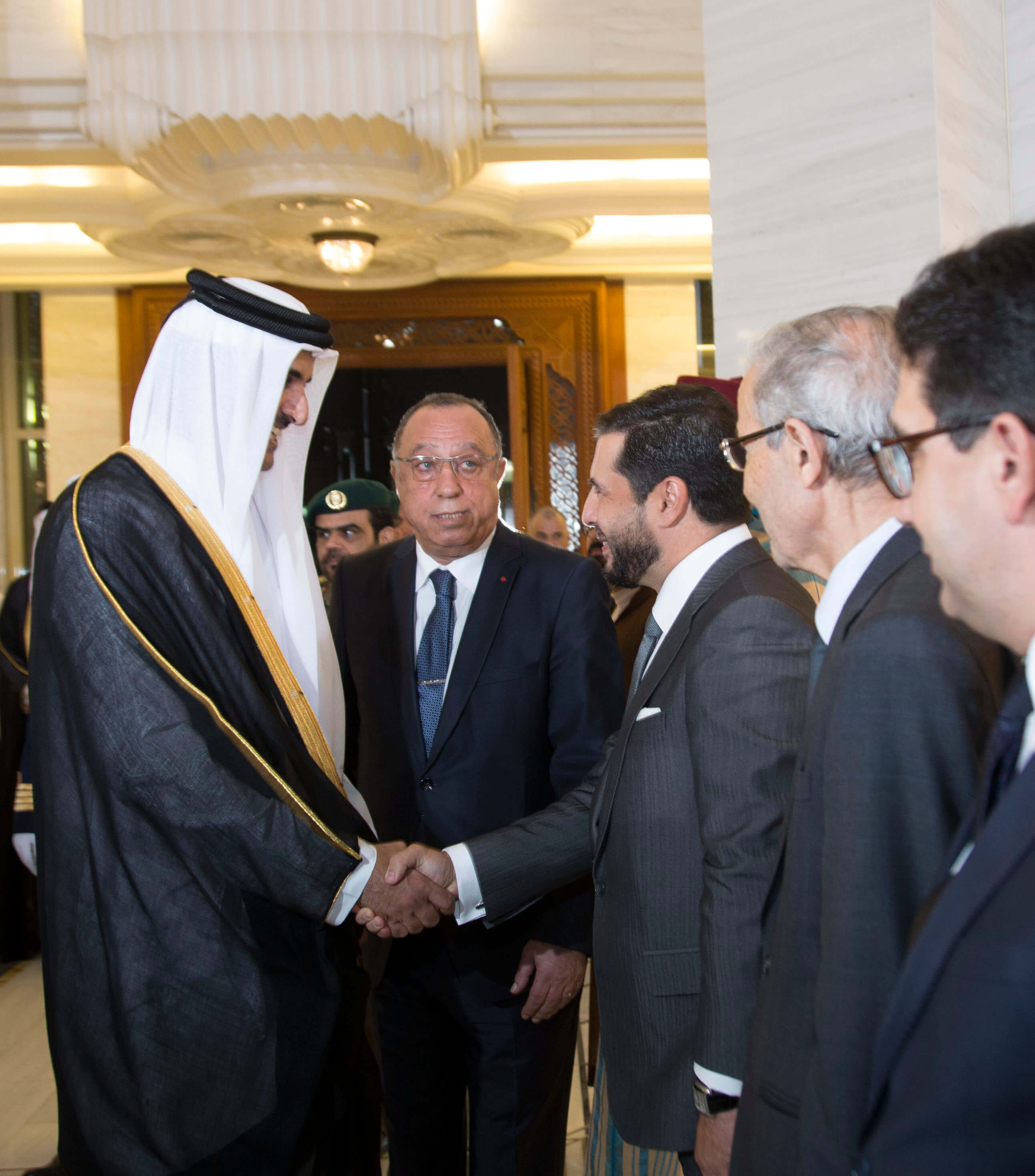 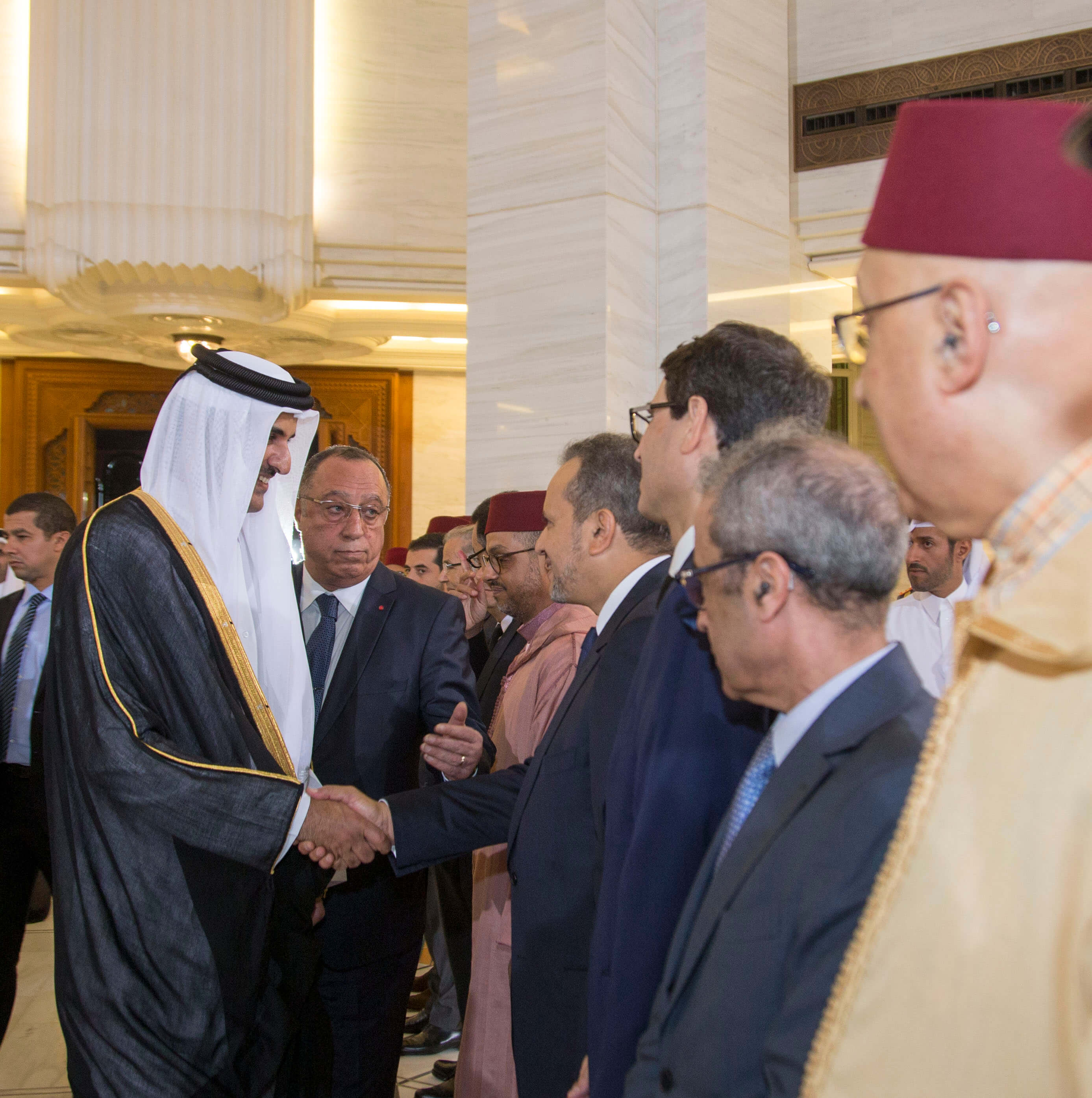 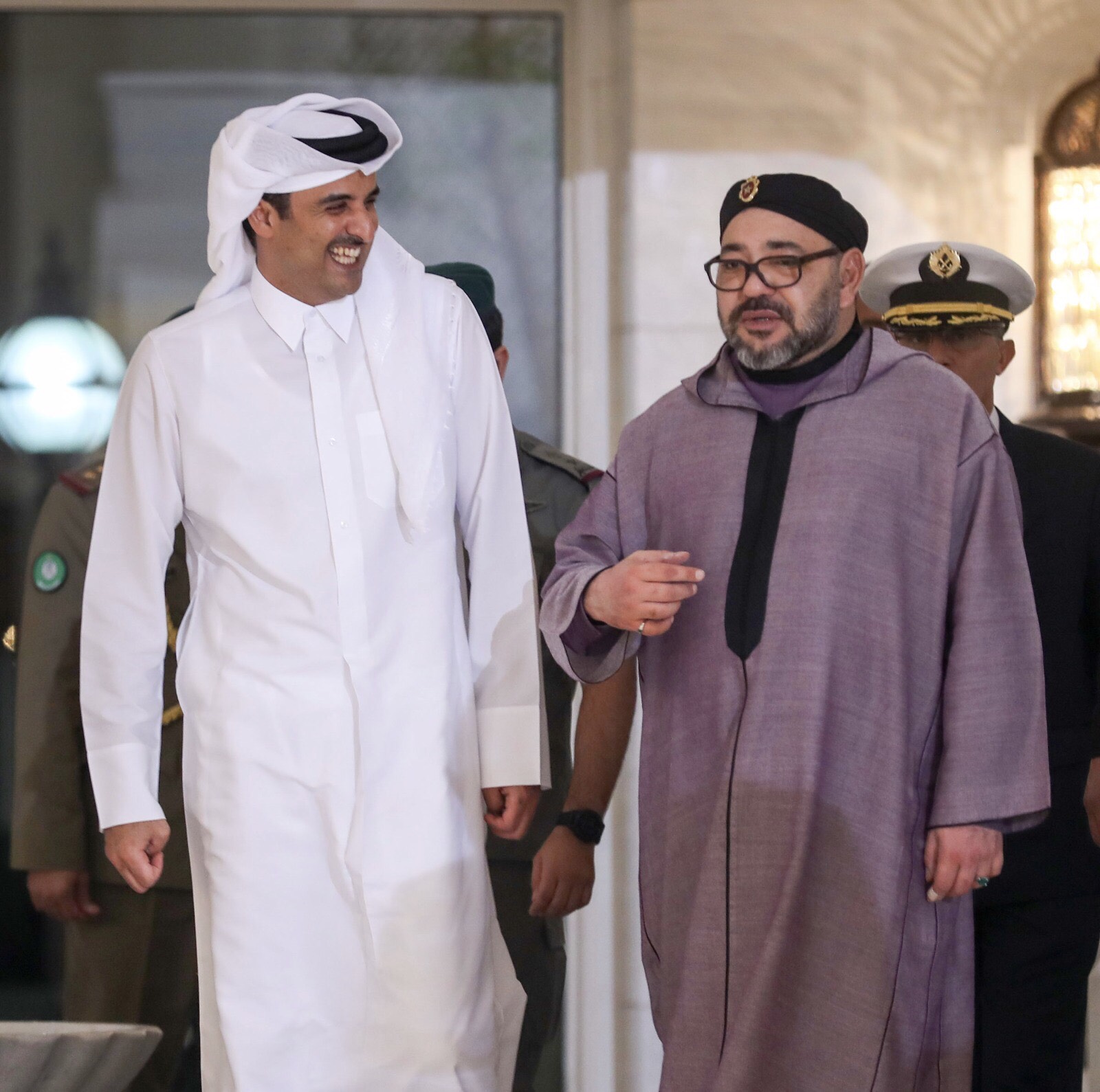 His Highness The Amir Sheikh Tamim bin Hamad Al Thani and HM King Mohammed VI of Morocco held talks on the bilateral relations between the two brotherly countries and prospects for strengthening and developing them.

At the beginning of the talks which was held at the Amiri Diwan this evening, HH The Amir welcomed HM the King of Morocco and the accompanying delegation, expressing hope that the visit would further develop the brotherly relations between the two countries, in order to meet the wishes of the two brotherly peoples and open up new horizons for joint cooperation.

HH The Amir also congratulated His Majesty the King and the Moroccan people on the occasion of Morocco's qualification for the 2018 World Cup finals.

For his part, HM King Mohammed VI expressed his thanks and appreciation to HH The Amir for his congratulations, expressing his happiness with this visit, which comes in order to strengthen fraternal ties and relations of cooperation between the two brotherly countries.

The two sides reviewed areas of bilateral cooperation at various levels to the benefit of the two peoples, and discussed the developments on the Arab and international arenas.

A number of Their Excellencies Ministers also attended the talks.

On the Moroccan side, the talks were attended by HRH Prince Moulay Ismail, HE Fouad Aali Al Himma, Advisor to HM the King, and HE Minister of Foreign Affairs and International Cooperation Nasser Bourita.

HH The Amir and His Majesty the King of Morocco held a bilateral meeting, during which they discussed a number of current issues and developments.

His Majesty the King of Morocco had arrived at the Amiri Diwan earlier, where he was accorded an official reception ceremony.

HH The Amir Leads Well-wishers to Welcome King of Morocco