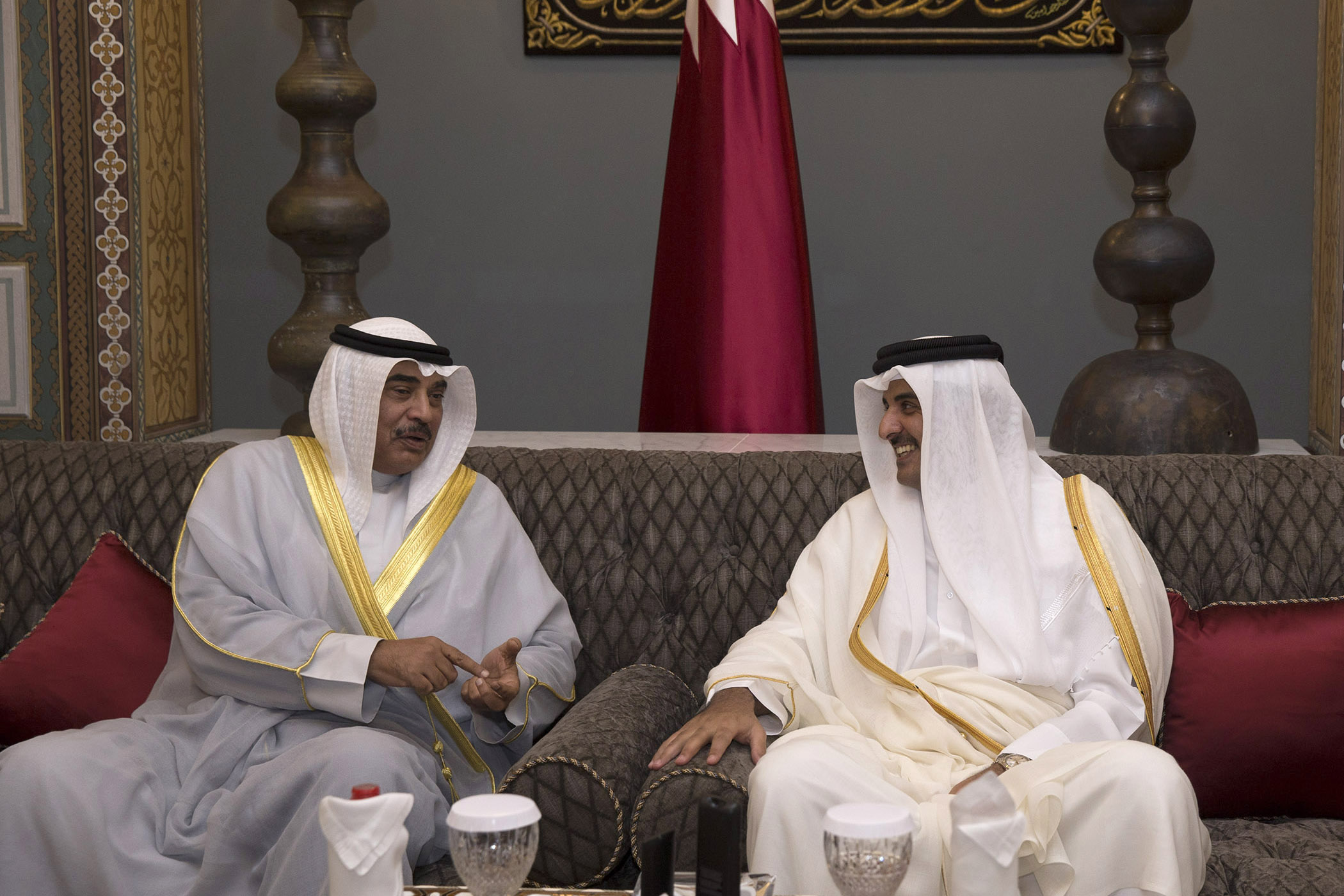 At the outset of the meeting, HE Kuwaiti Deputy Prime Minister conveyed to HH The Amir the greetings and best wishes of the HH The Amir of Kuwait Sheikh Sabah Al Ahmed Al Jabir Al Sabah and his wishes of further progress and prosperity to Qatari people.

HH The Amir entrusted HE with his greetings to the HH The Amir of Kuwait and his wishes to the Kuwaiti people for further progress and prosperity.

Talks during the meeting dealt with the fraternal relations between the two sisterly countries and means to further promote these relations, in addition to a number of regional and international issues of common concern.

HH The Amir hosted an luncheon banquet in honor of HE the Kuwaiti First Deputy Prime Minister and Foreign Minister and his accompanying delegation.