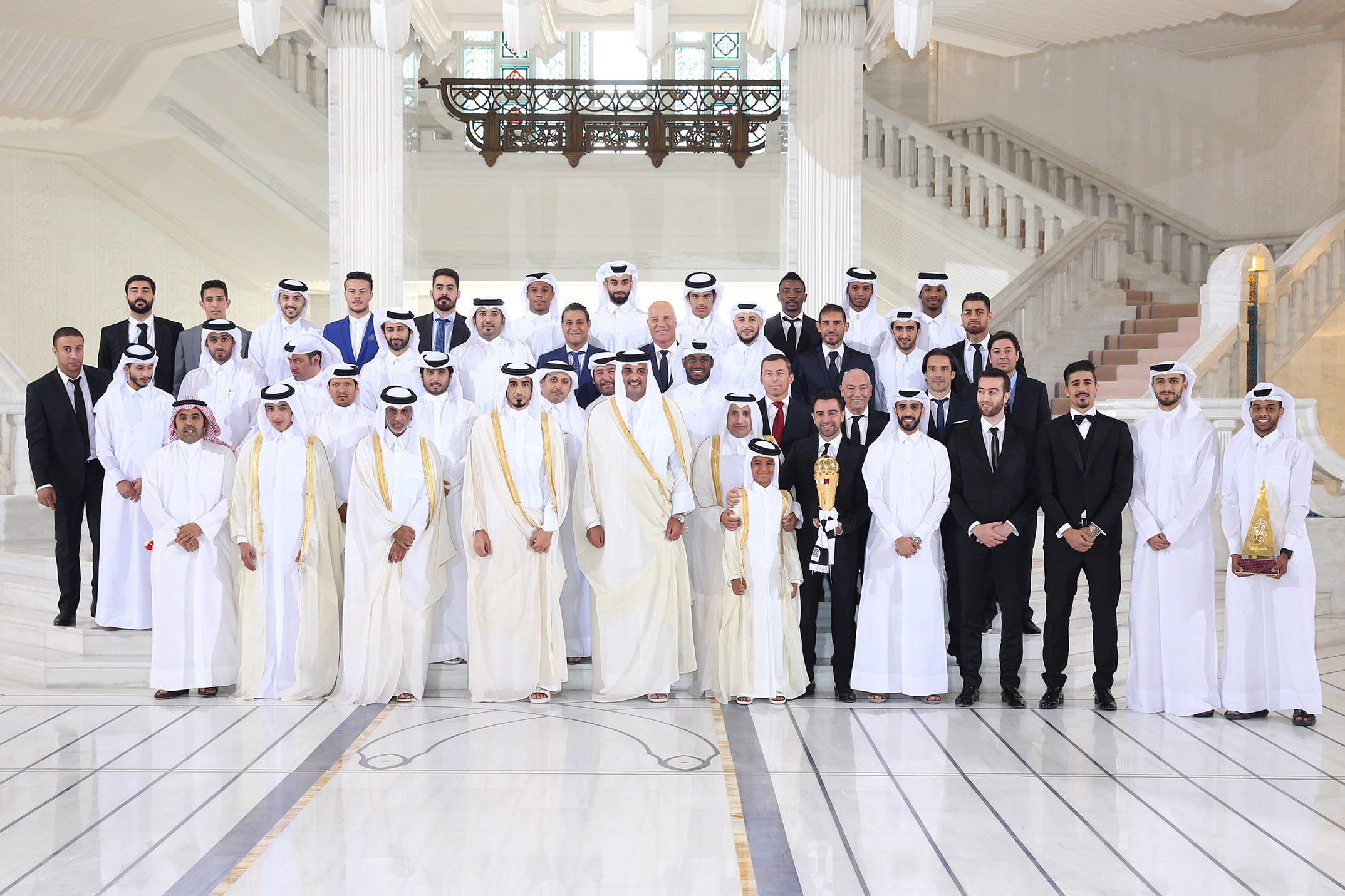 His Highness The Amir Sheikh Tamim bin Hamad Al Thani held a luncheon banquet at the Amiri Diwan on Saturday in honor of the players and technical and administrative bodies of the football team of Al Sadd Sports Club, Amir Cup Champions for the current season, its Runner-Up Al Rayyan SC and representatives of the companies sponsoring HH The Amir Cup along with a number of sports and media personalities and guests of Qatar.