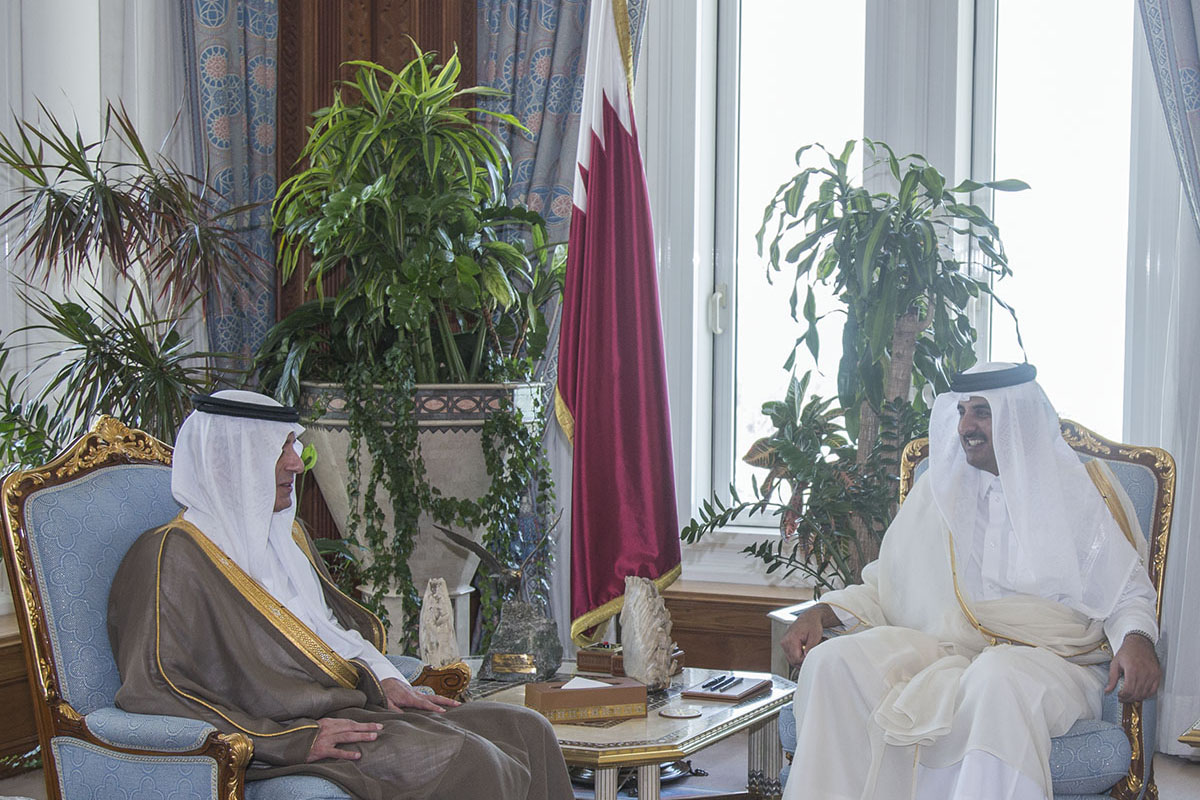 His Highness The Amir Sheikh Tamim bin Hamad Al Thani received at the Amiri Diwan on Tuesday HE Minister of Foreign Affairs of the Kingdom Saudi Arabia Adel bin Ahmed Al Jubeir and his accompanying delegation, on the occasion of their visit to the country.

HH The Amir entrusted the Saudi Foreign Minister to convey his greetings to the Custodian of the Two Holy Mosques, the Crown Prince, and the Deputy Crown Prince and his wishes to them of good health, and to the brotherly Saudi people further progress and development.

The meeting reviewed the fraternal ties between the two countries and ways of enhancing them, as well as the latest regional and international developments of common concern.