HH The Amir and President of Armenia Hold Official Talks 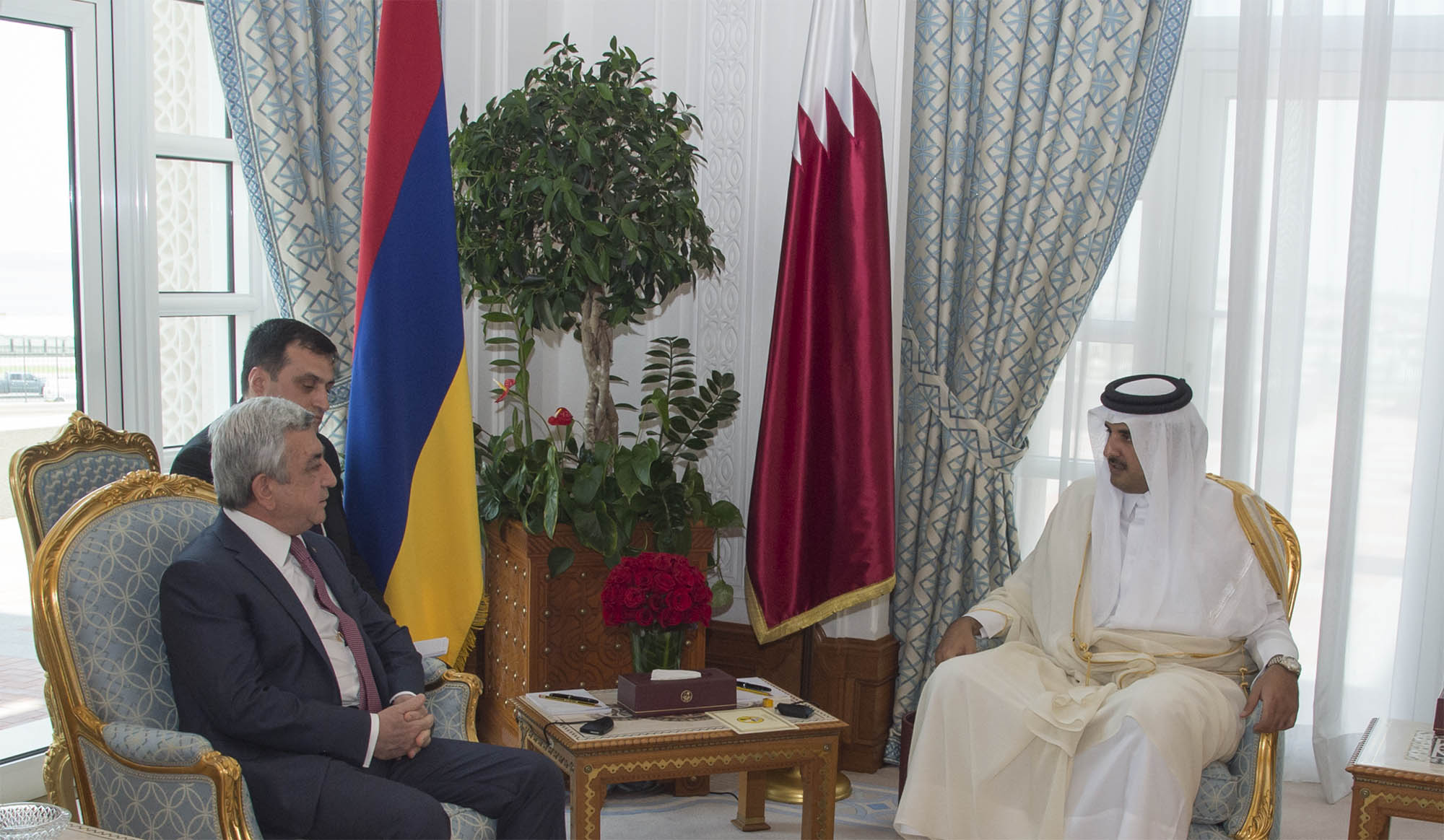 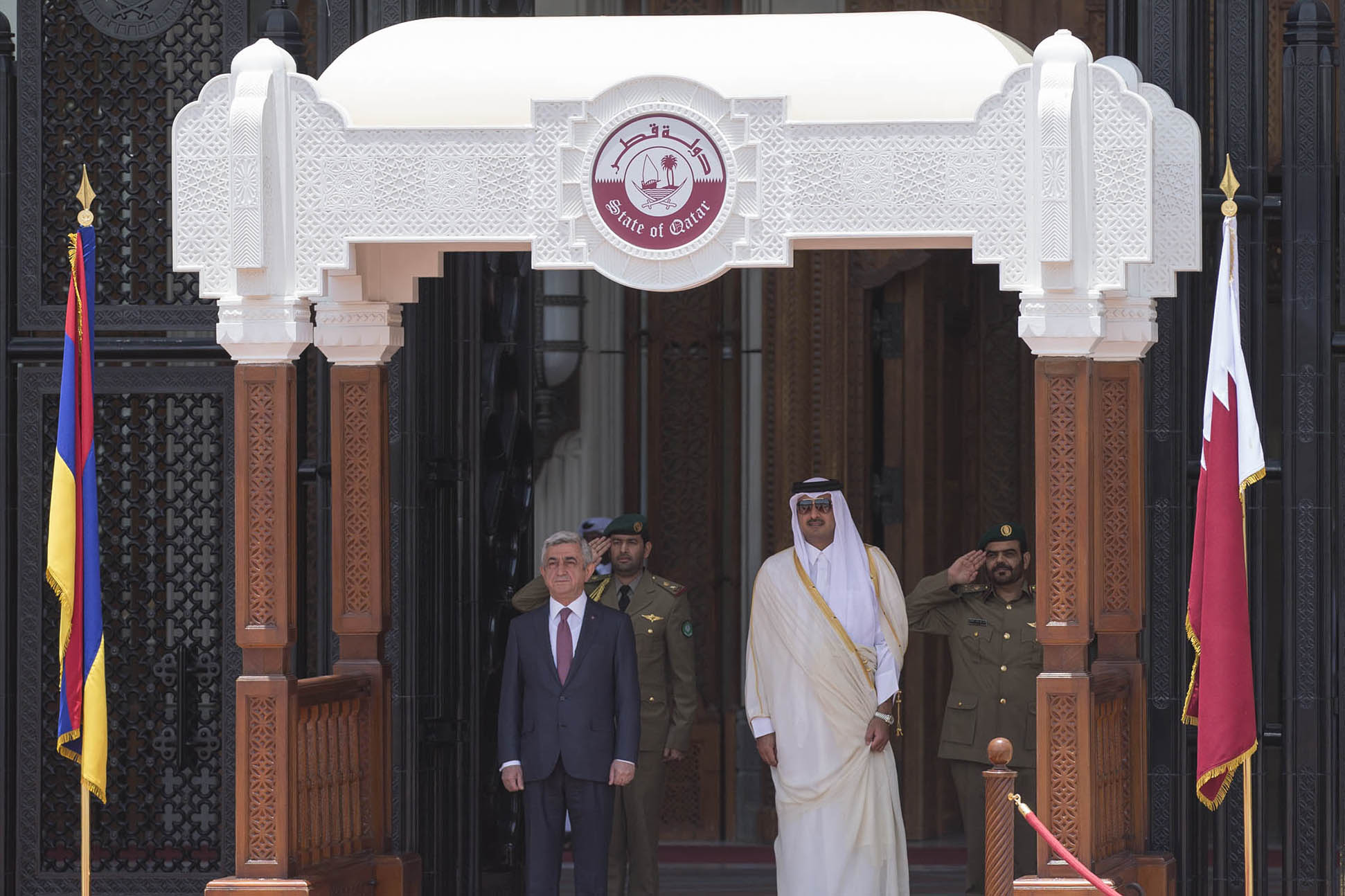 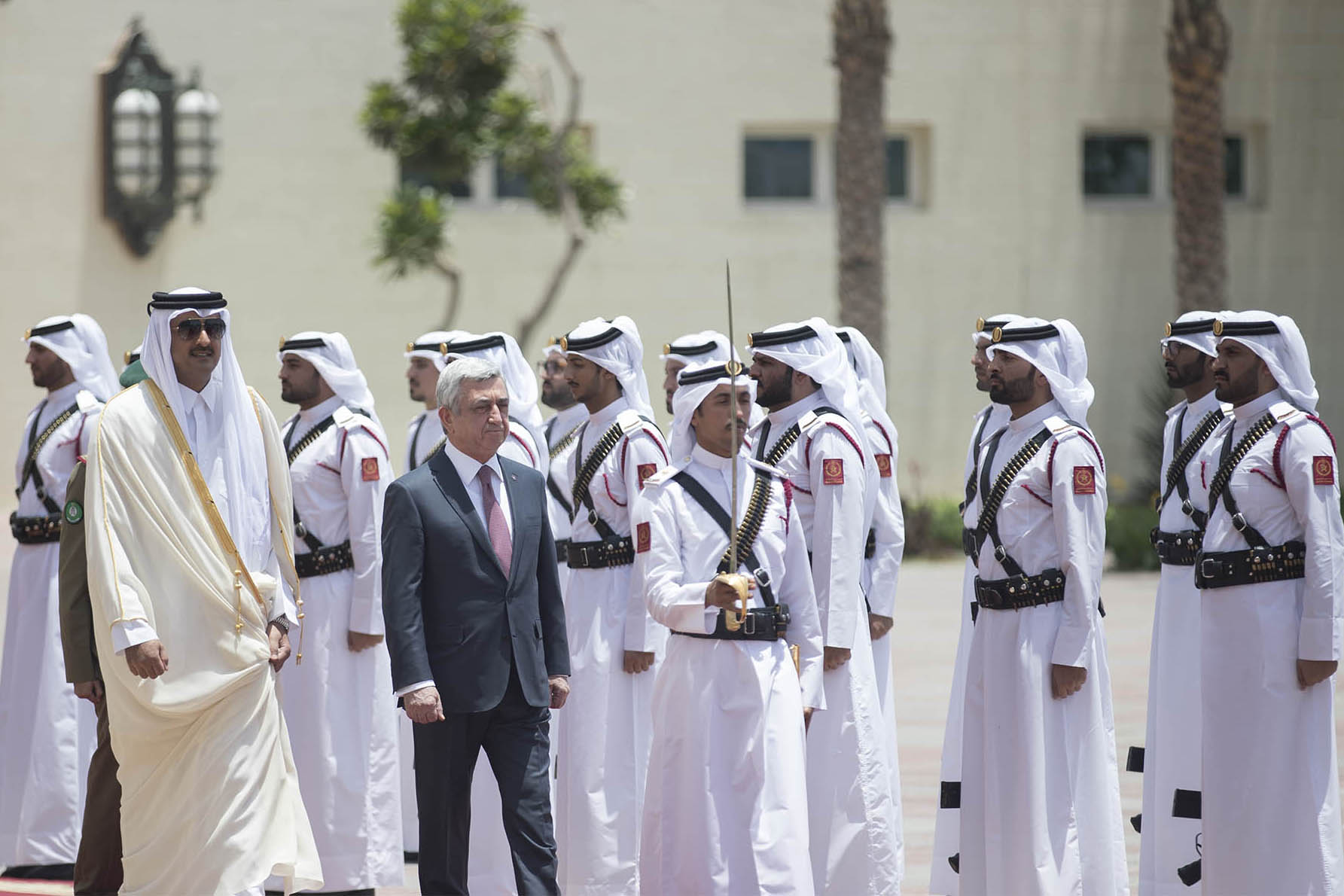 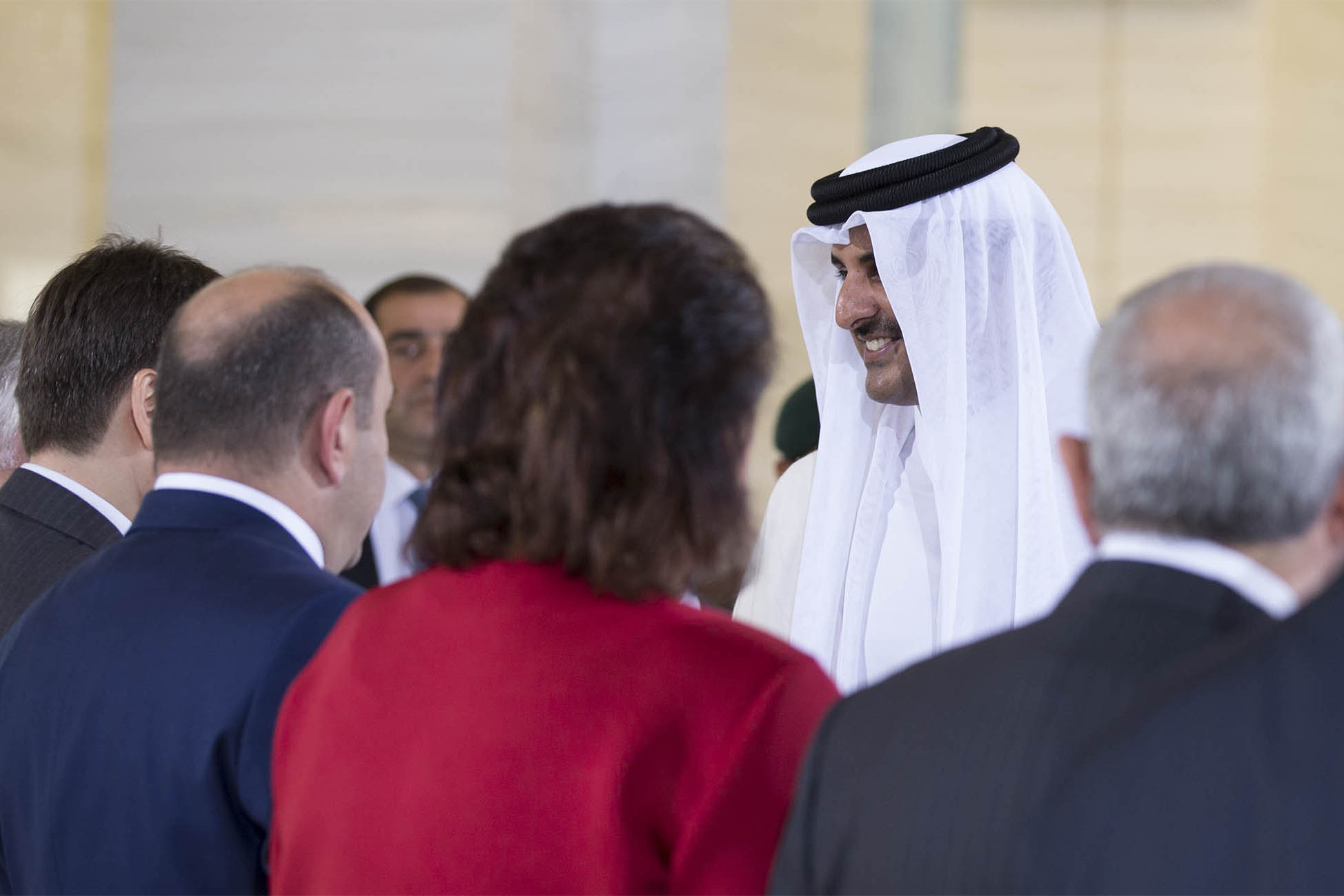 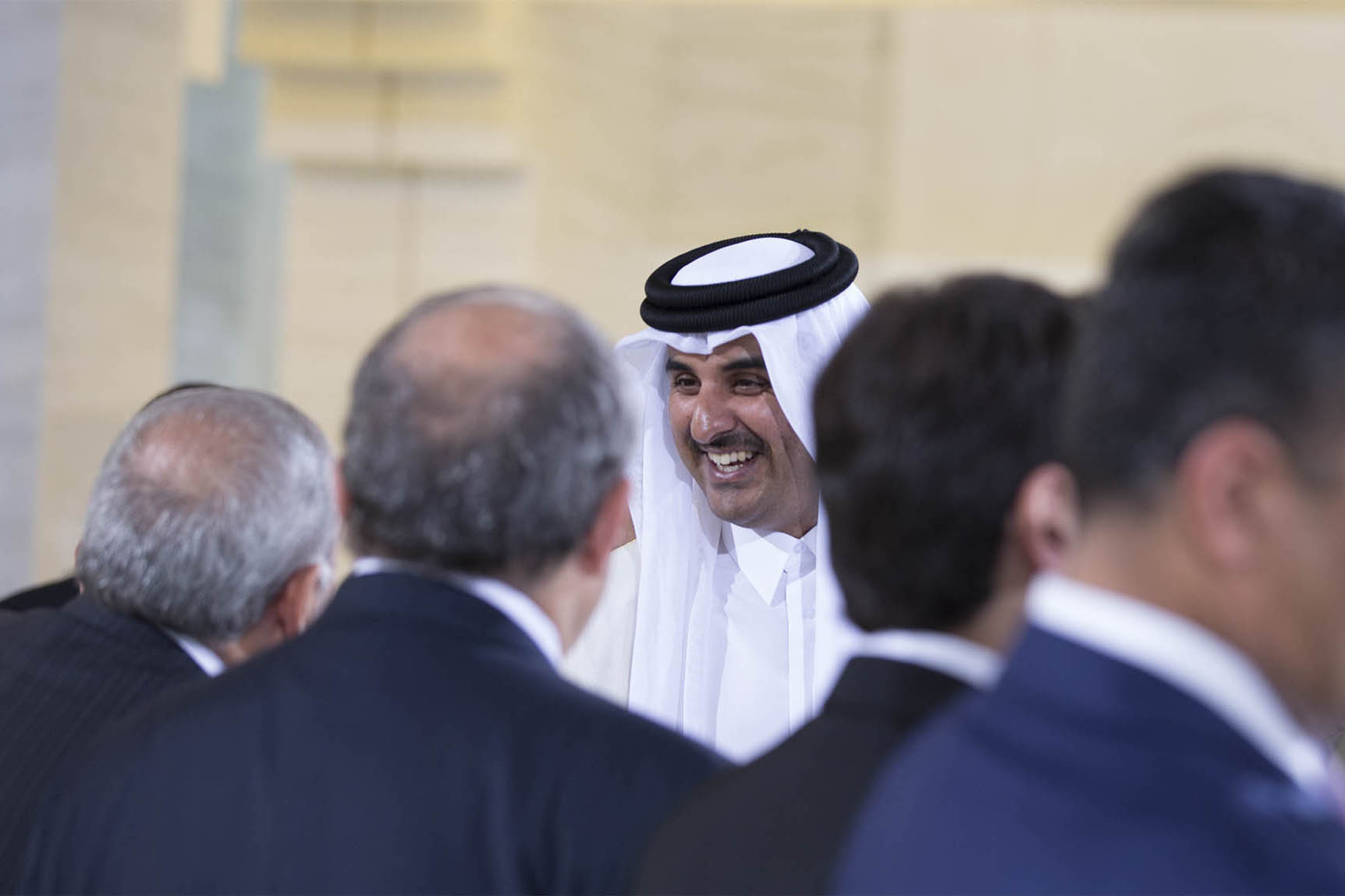 His Highness The Amir Sheikh Tamim bin Hamad Al Thani and HE President of the Republic of Armenia Serzh Sargsyan held an official round of talks at the Amiri Diwan on Monday.

During the talks, they reviewed relations between the two countries and ways of enhancing and promoting in all fields, as well as the most important developments on the regional and international arenas.

From the Armenian side, the round of talks was attended by members of the official delegation accompanying HE the Armenian President.

HE the President of Armenia arrived earlier in the Amiri Diwan where he was accorded an official reception ceremony.