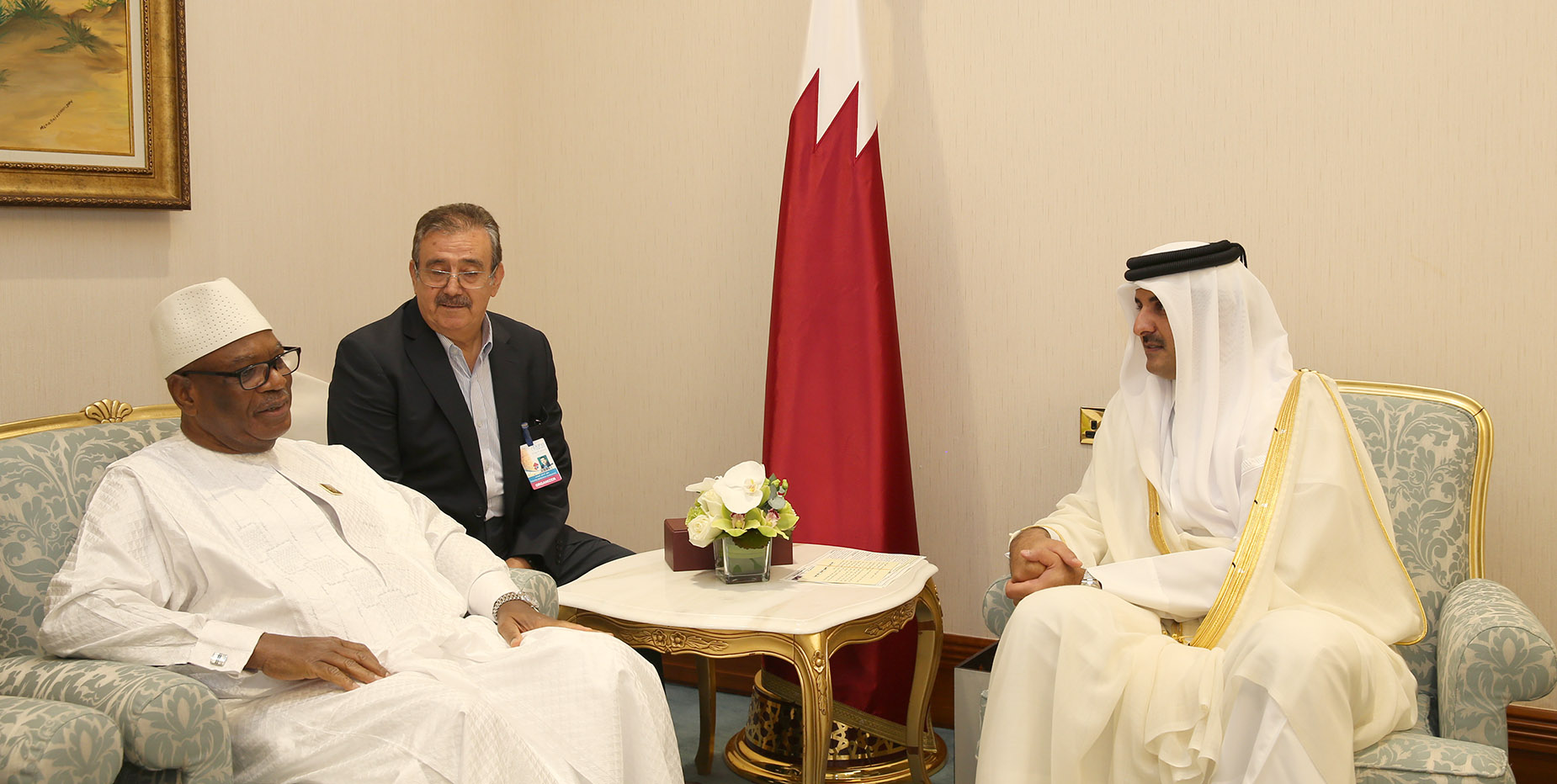 His Highness The Amir Sheikh Tamim bin Hamad Al Thani received Sunday at Doha Sheraton Hotel HE President of the Republic of Mali Ibrahim Boubacar Keita on the sidelines of the 17th Doha Forum.

During the meeting, HH The Amir reviewed with the President of Mali bilateral relations and their development aspects, in addition to the most important topics tabled on the agenda of the Forum.

The meeting was attended by HE Prime Minister and Minister of Interior Sheikh Abdullah bin Nasser bin Khalifa Al Thani and a number of Their Excellencies the ministers.