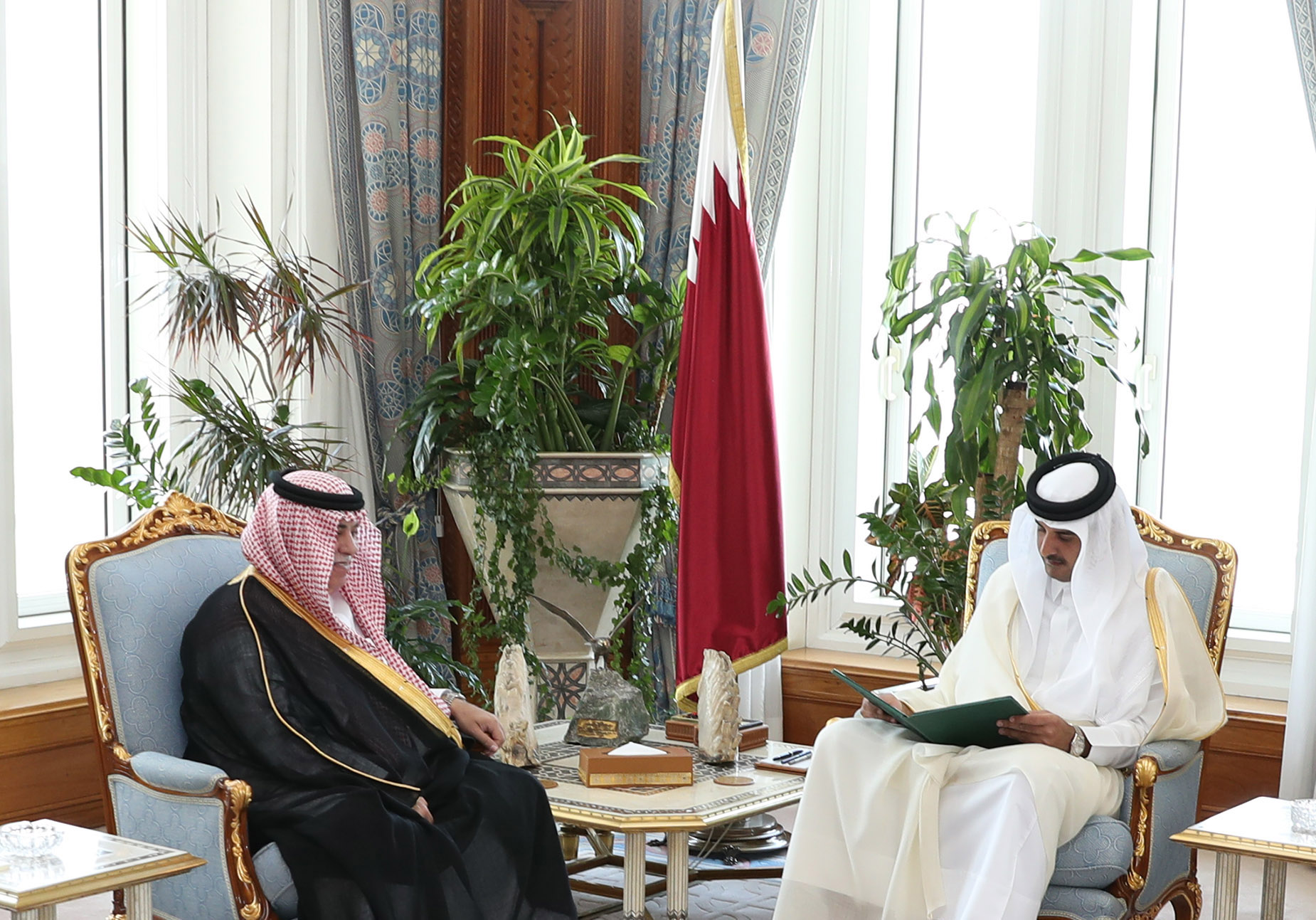 His Highness The Amir Sheikh Tamim bin Hamad Al Thani received a written message from the Custodian of the Two Holy Mosques King Salman bin Abdulaziz Al Saud of the Kingdom of Saudi Arabia, inviting HH The Amir to attend the Gulf Cooperation Council Summit with the United States of America and Arab, Islamic and US Summit, which will be held in Riyadh on 21st May.

The message was handed by HE Saudi Minister of Commerce and Investment Dr Majid Al Qasabi during a meeting at the Amiri Diwan on Wednesday morning.