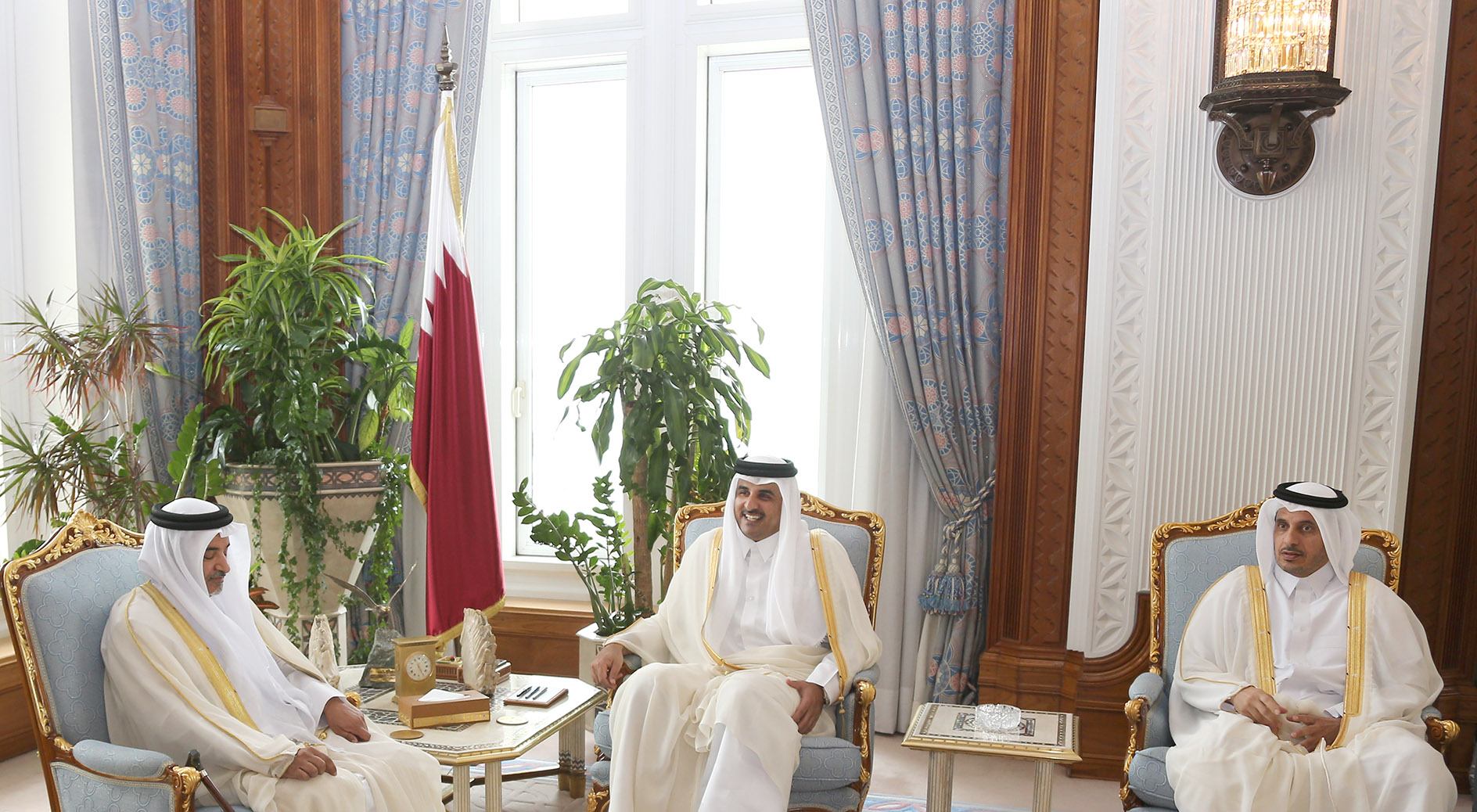 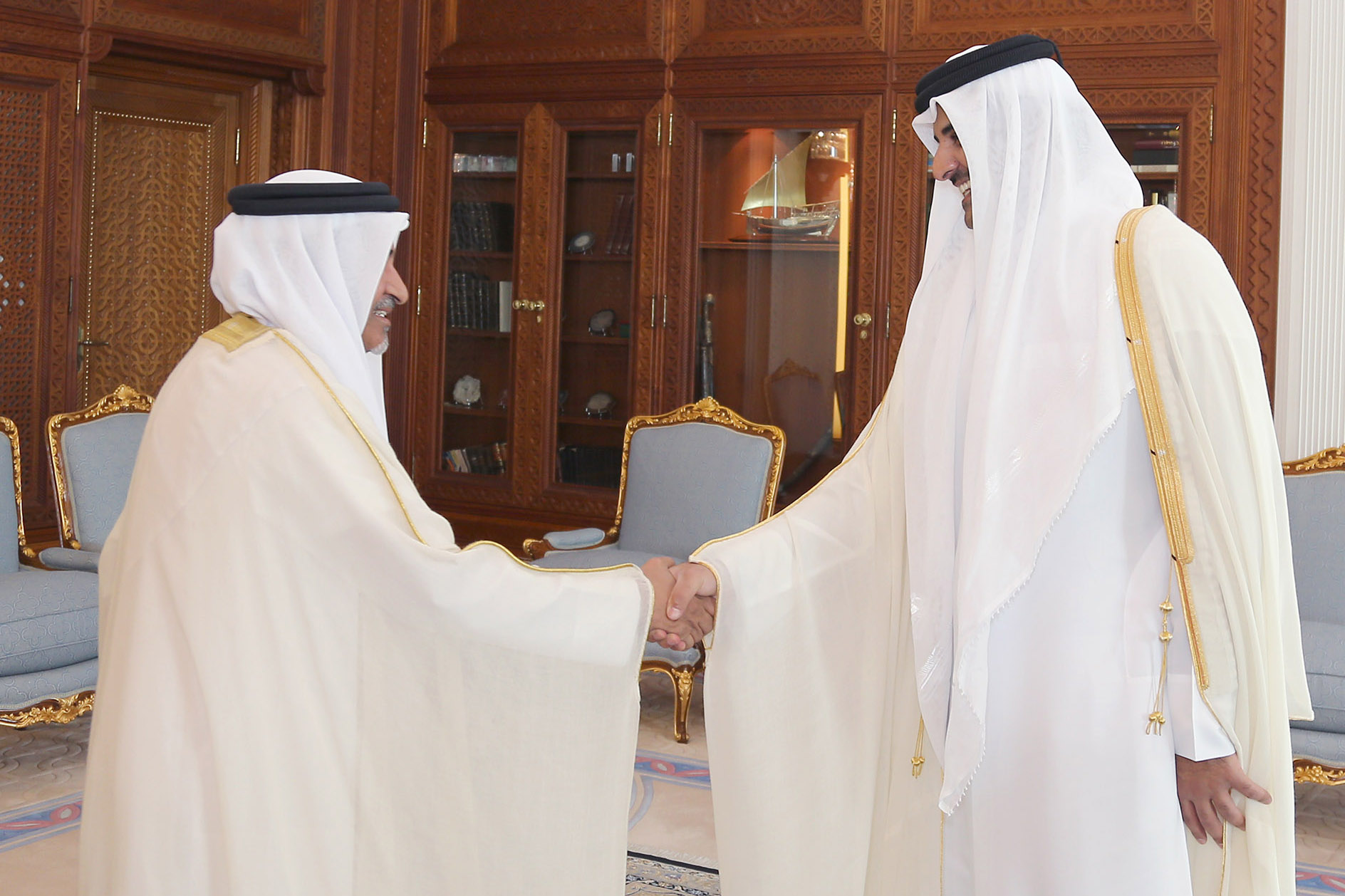 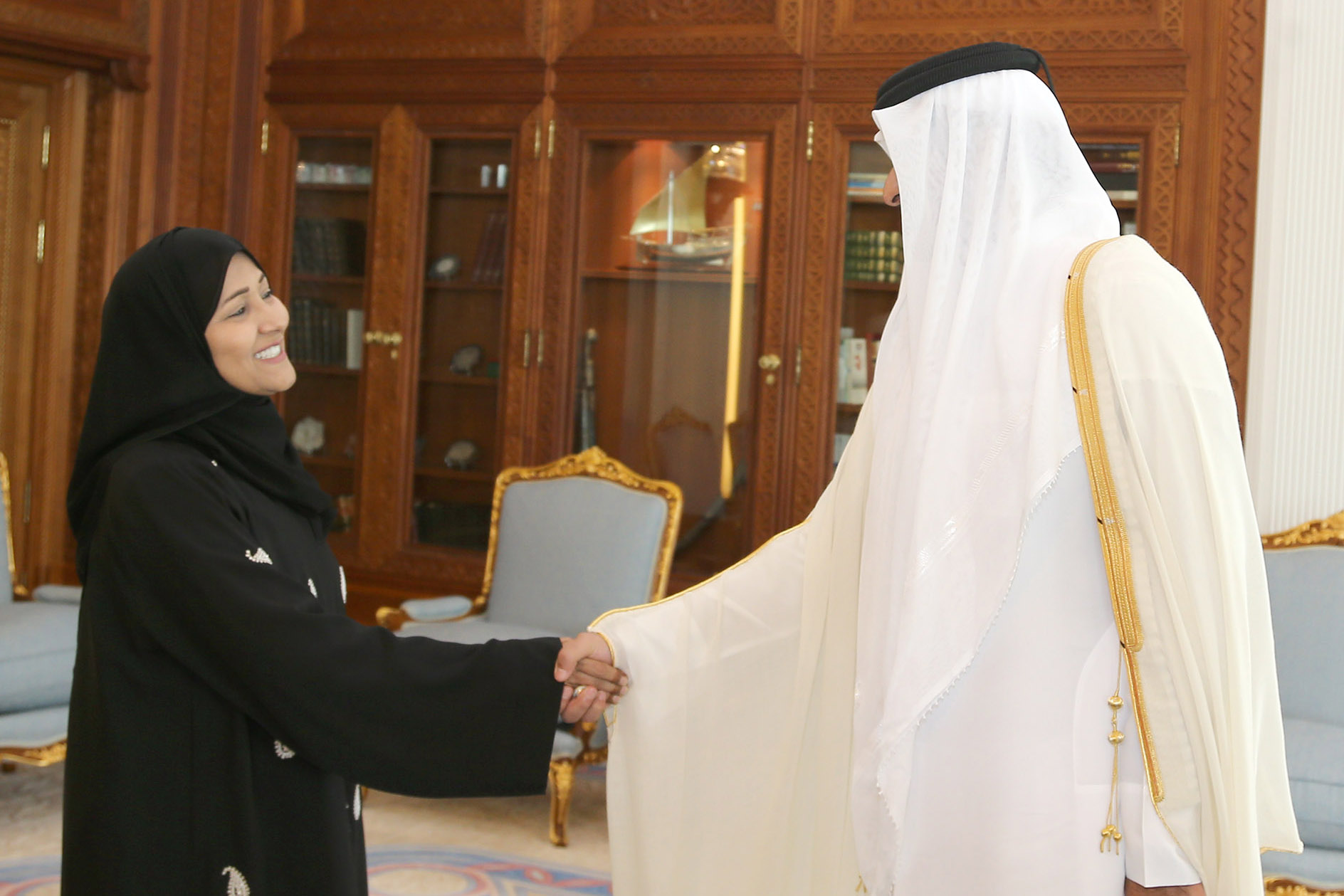 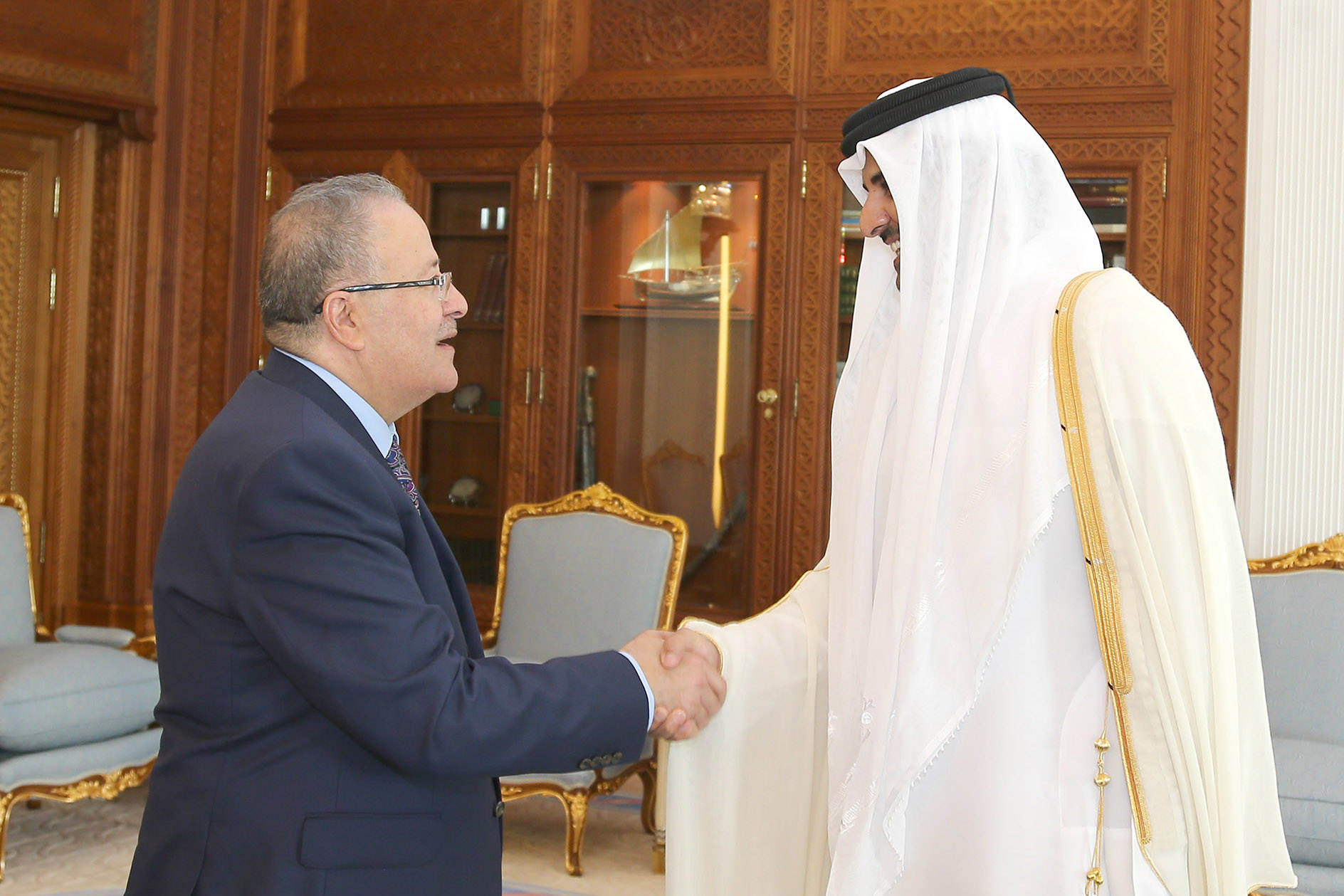 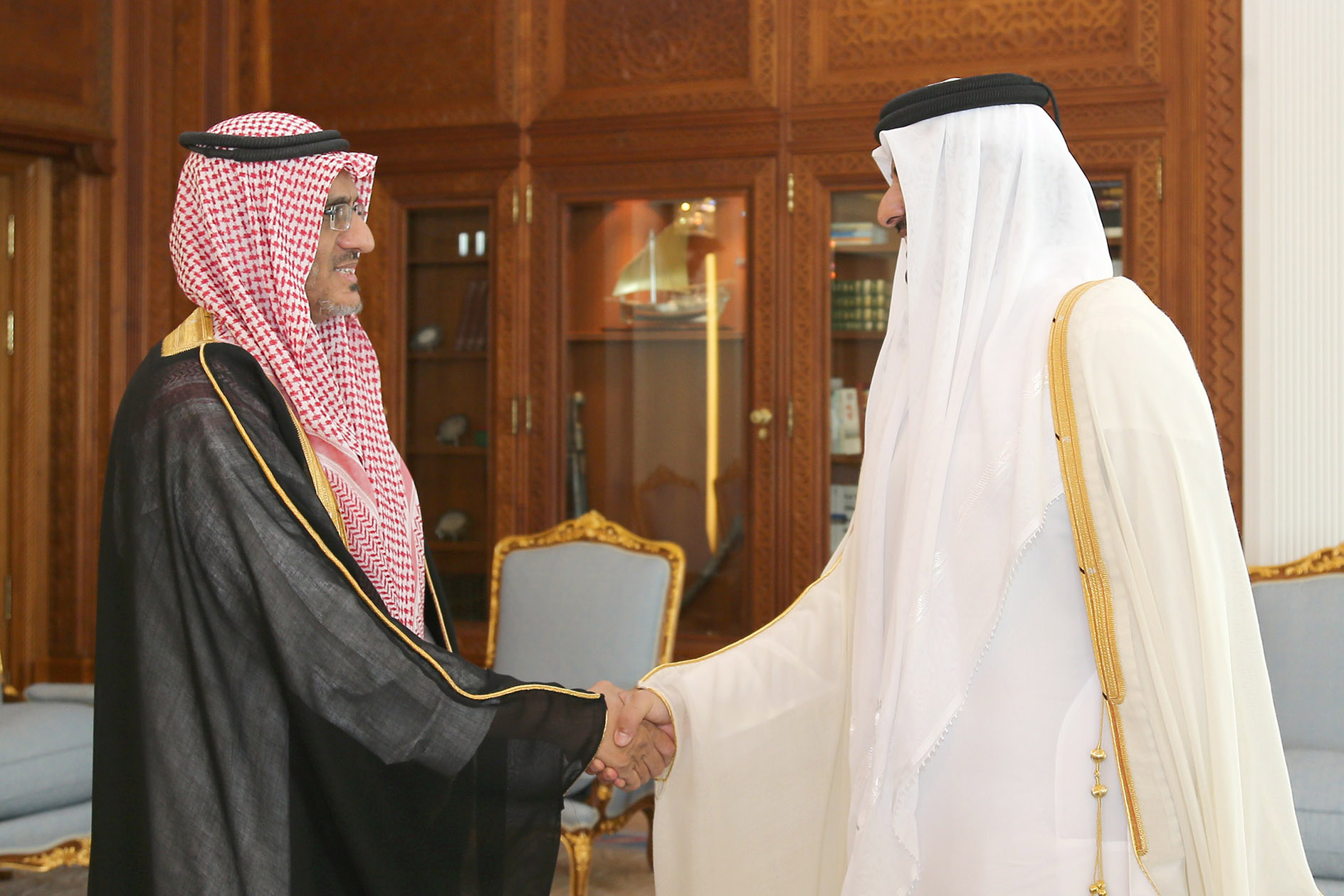 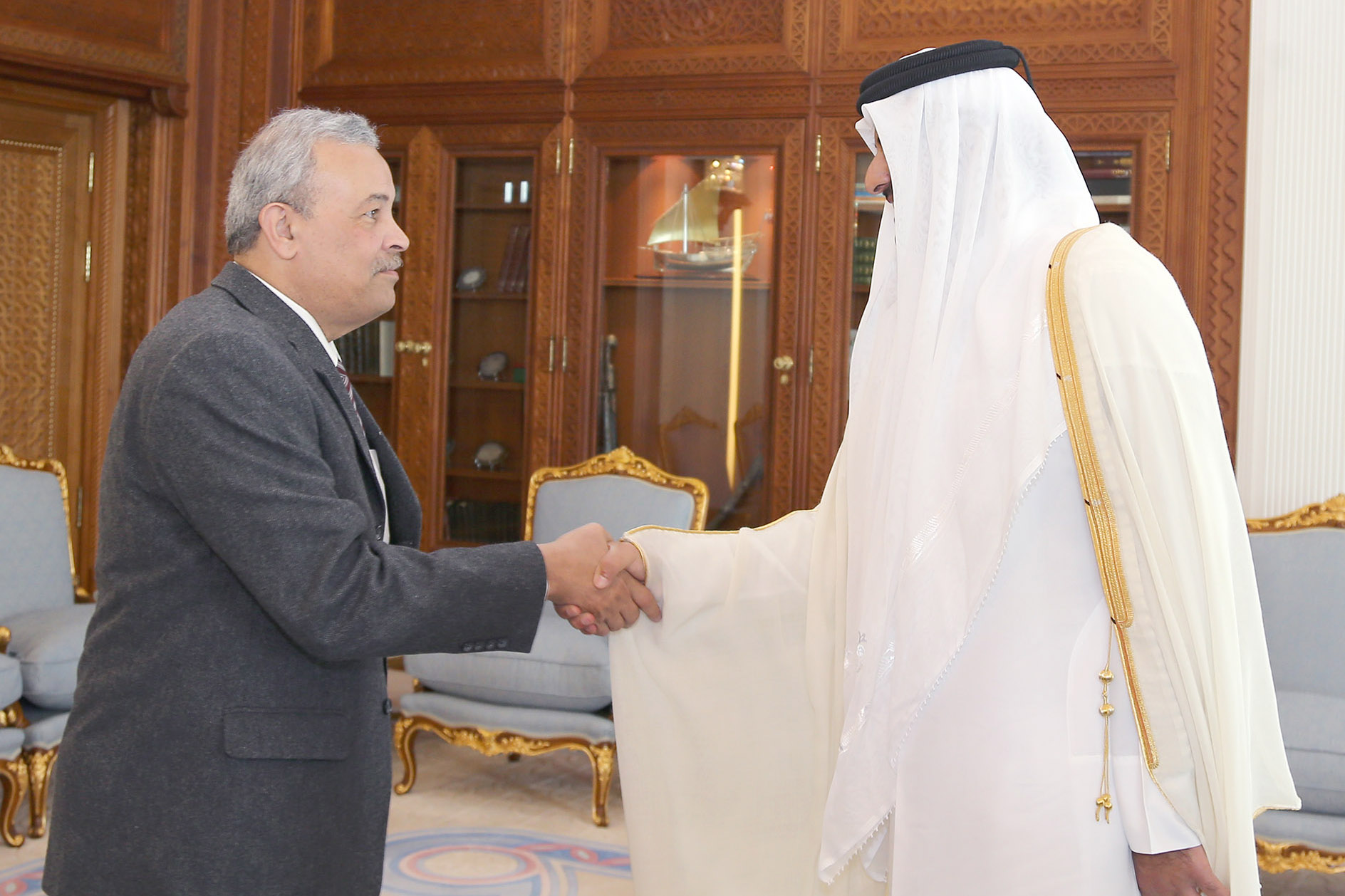 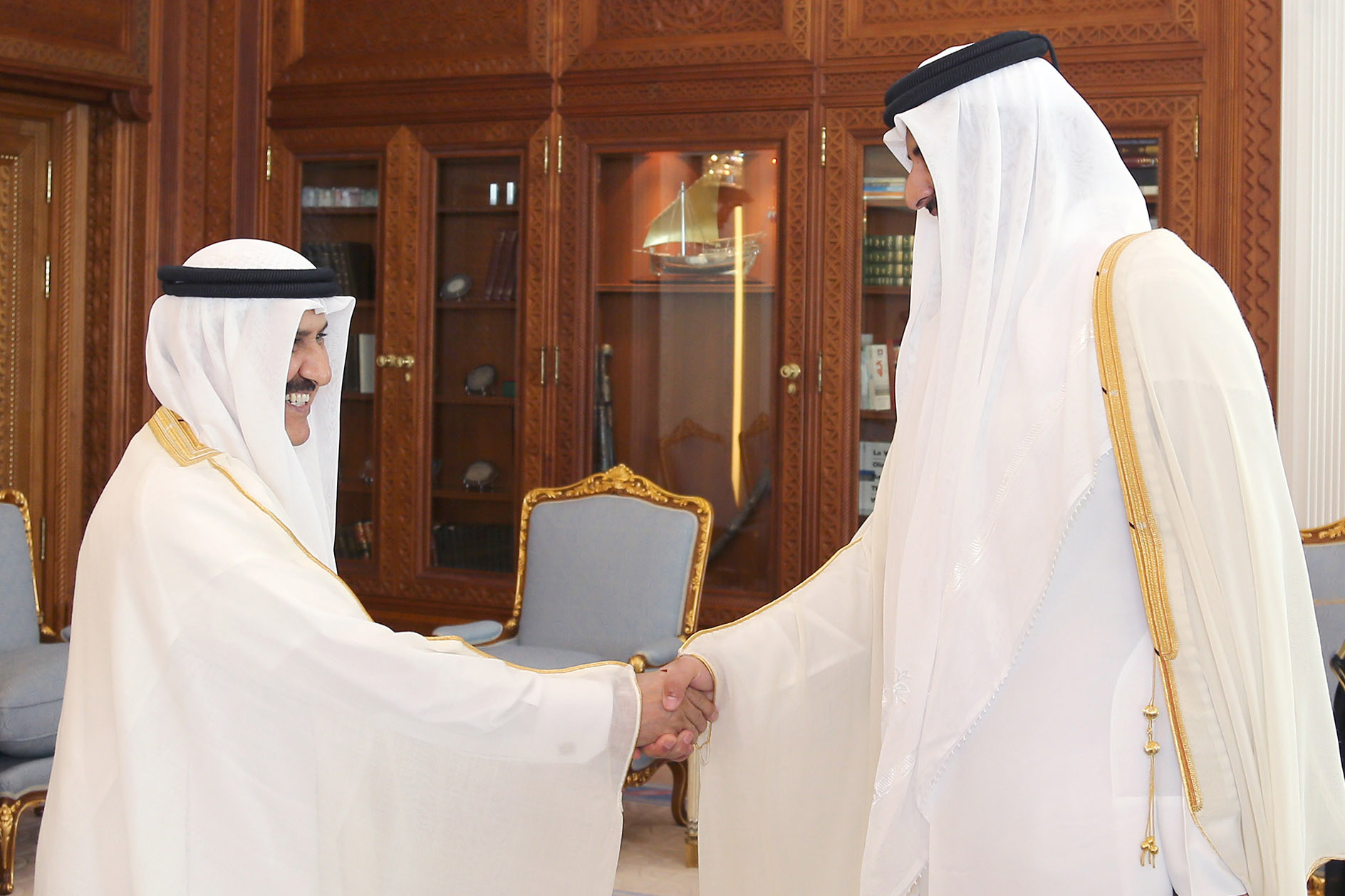 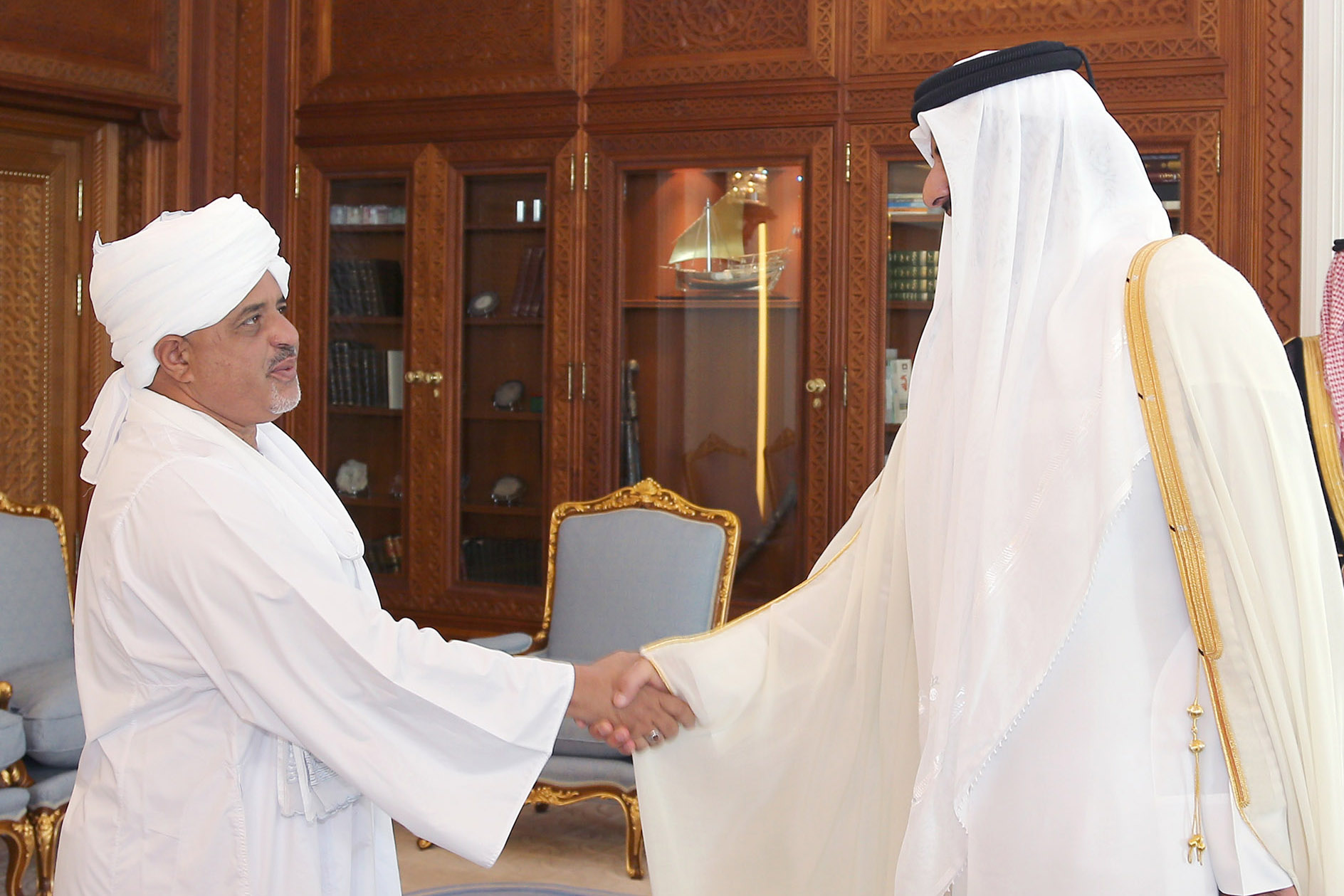 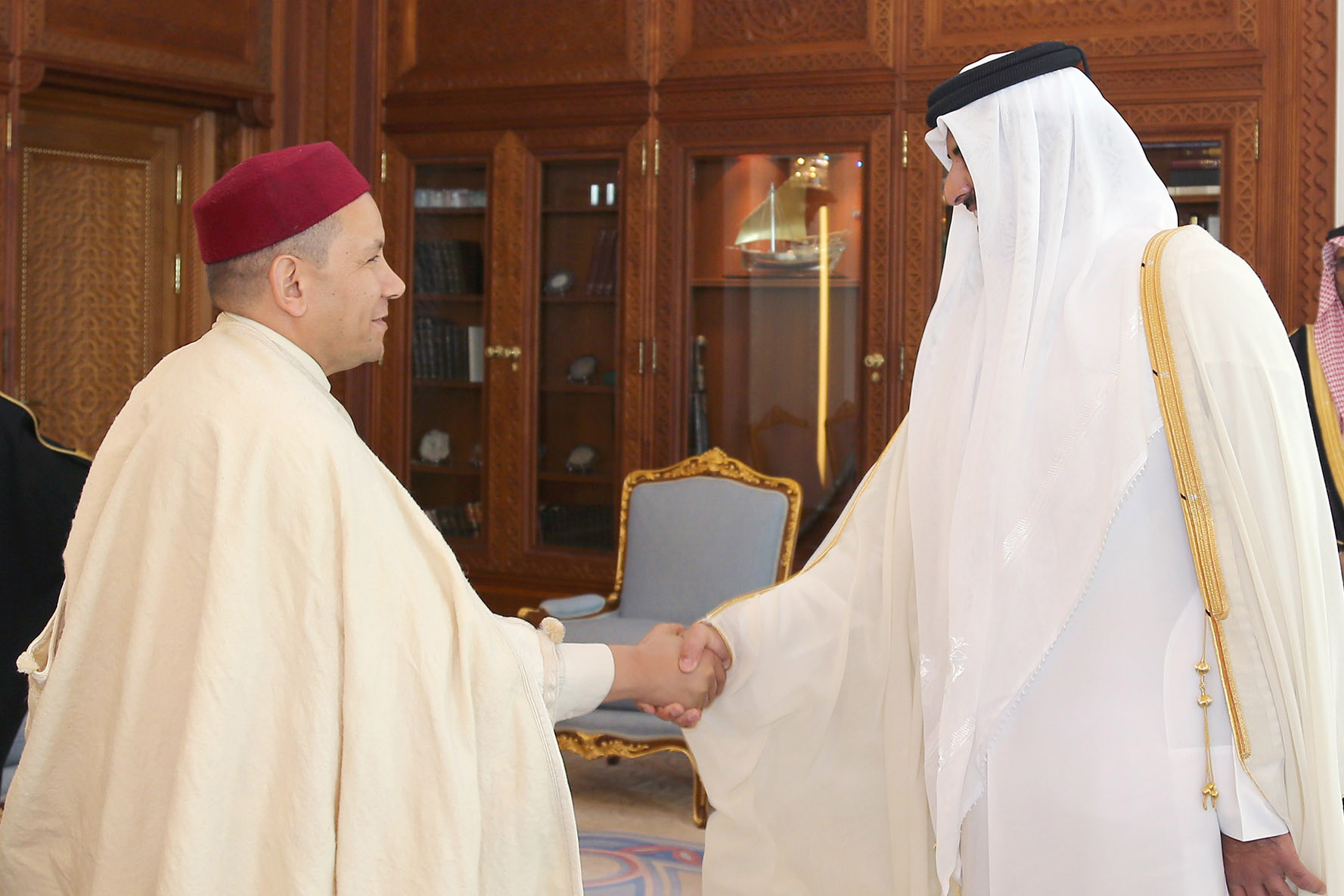 His Highness The Amir Sheikh Tamim bin Hamad Al Thani was awarded the Abu Bakr Al Siddique Medal, by the Arab Red Crescent and Red Cross Organization (ARCO), in recognition of His Highness's support for humanitarian action at the local, regional and international levels, and the featured role of the State of Qatar in this field.HH The Amir received the medal during a meeting at the Amiri Diwan with a delegation representing ARCO today.HE the Prime Minister and Minister of Interior Sheikh Abdullah bin Nasser bin Khalifa Al Thani attended the meeting.