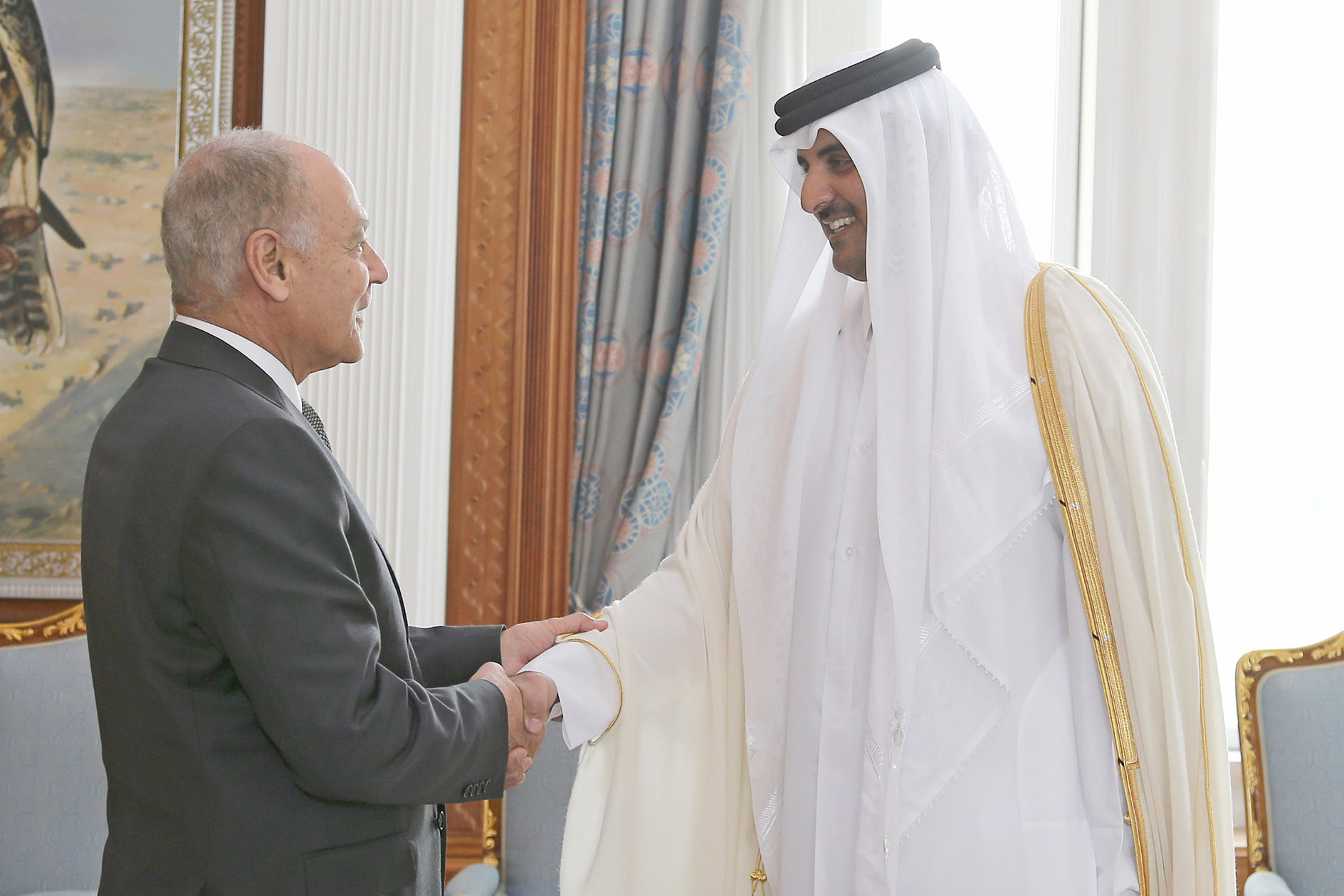 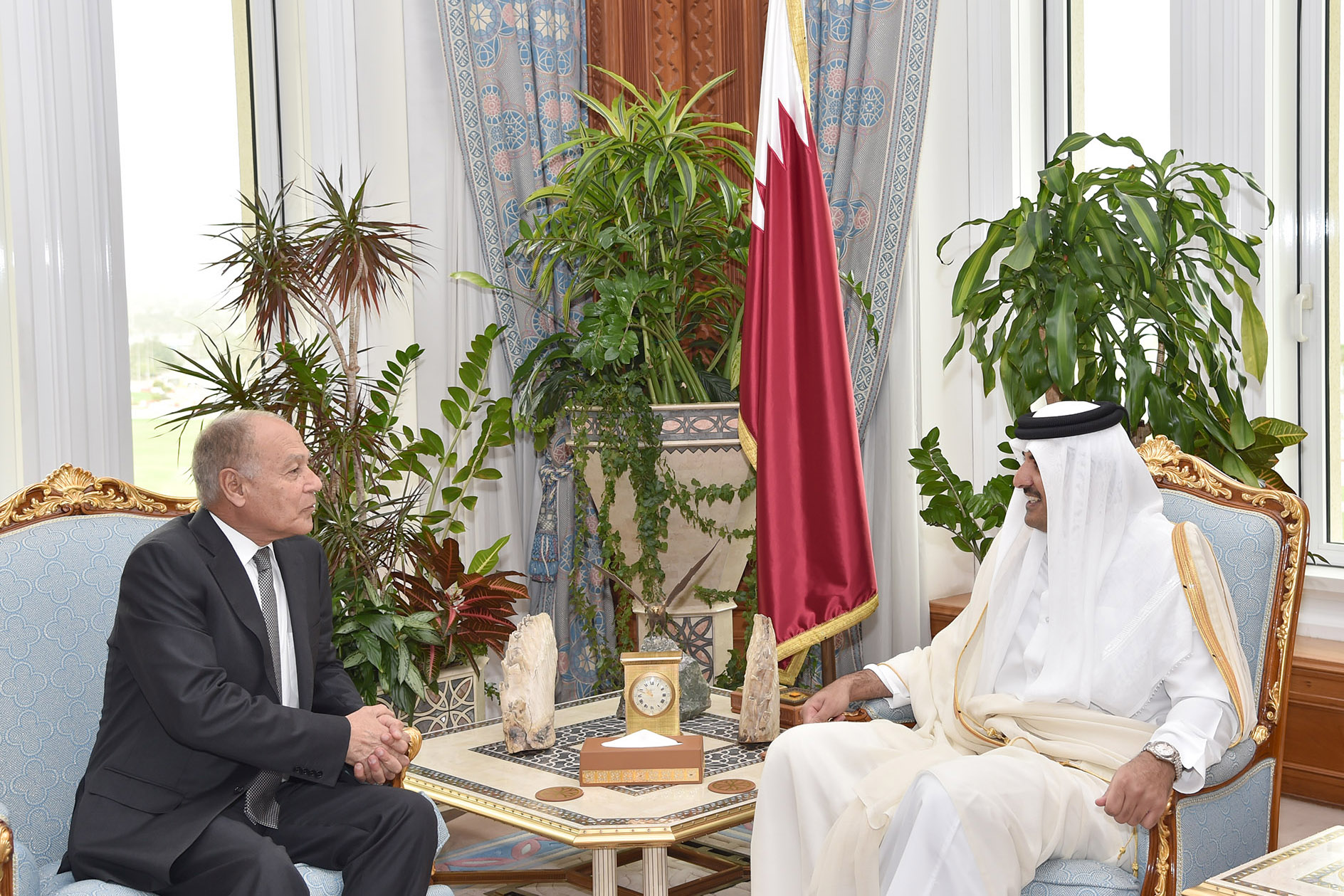 During the meeting, the Arab League Secretary General briefed HH The Amir on the latest preparations and arrangements for the 28th session of the Arab summit to be held in the Hashemite Kingdom of Jordan late March.

They also discussed a number of topics related to the march of the joint Arab action and ways of enhancing them, in addition to the latest developments in the region.