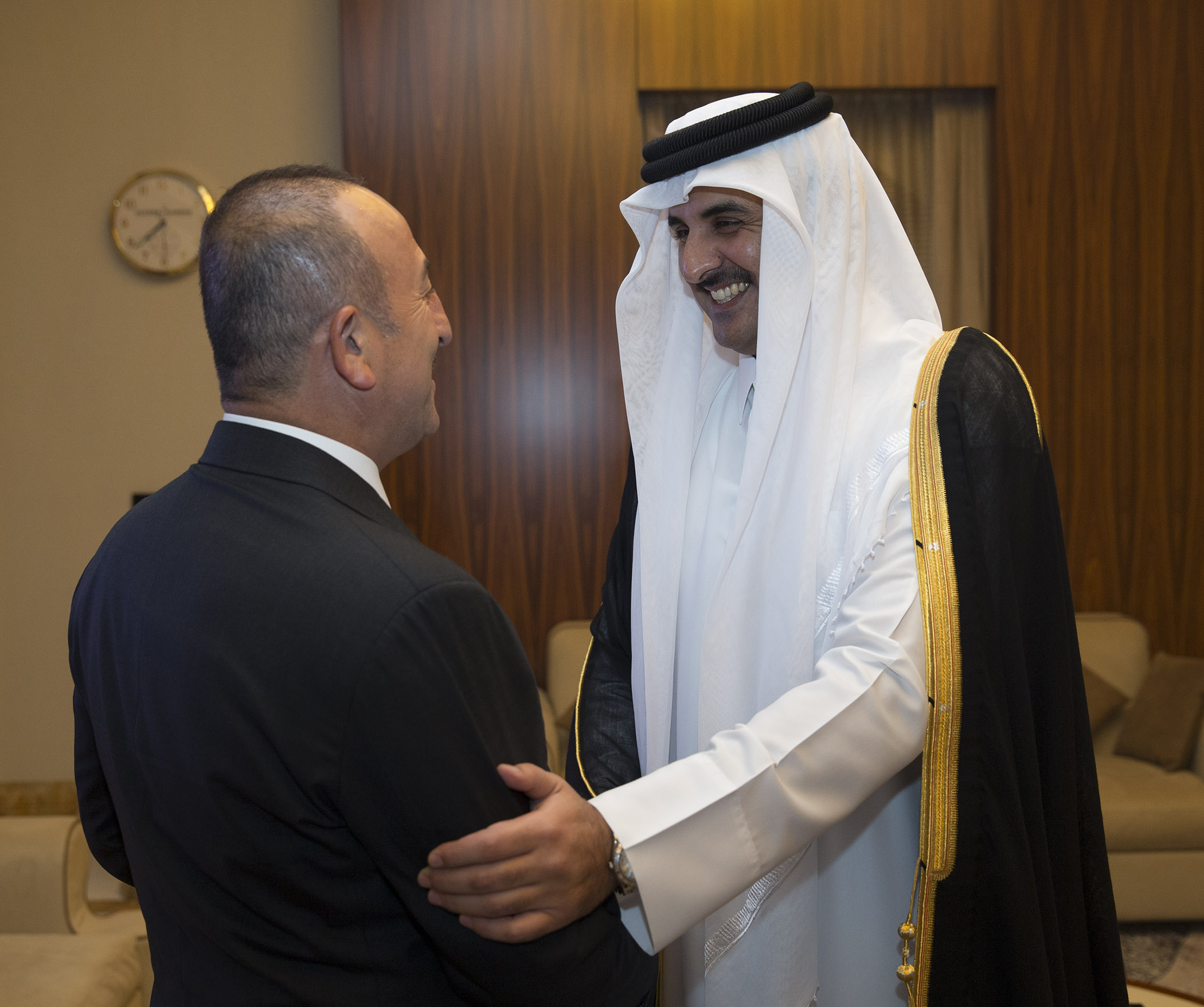 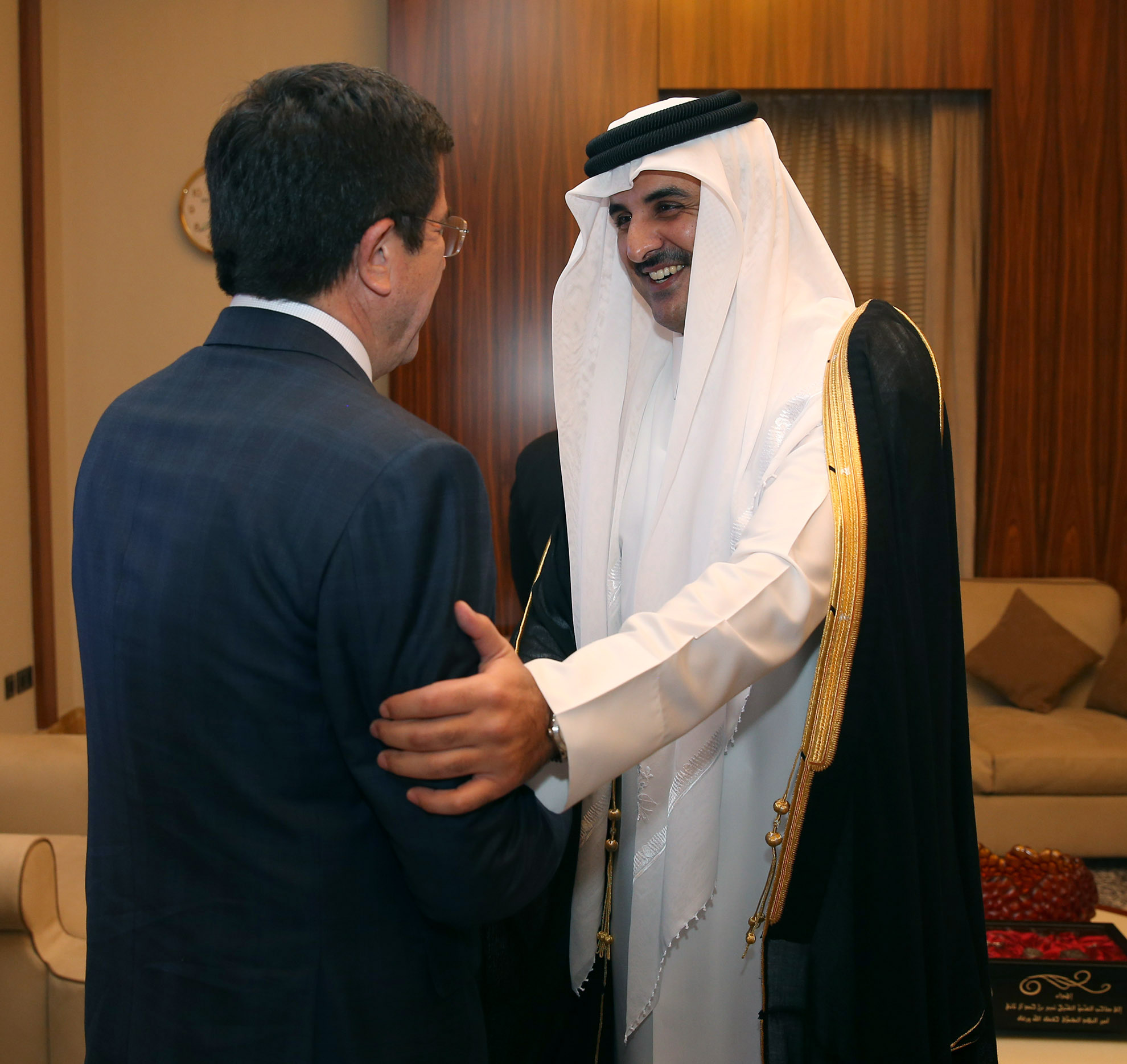 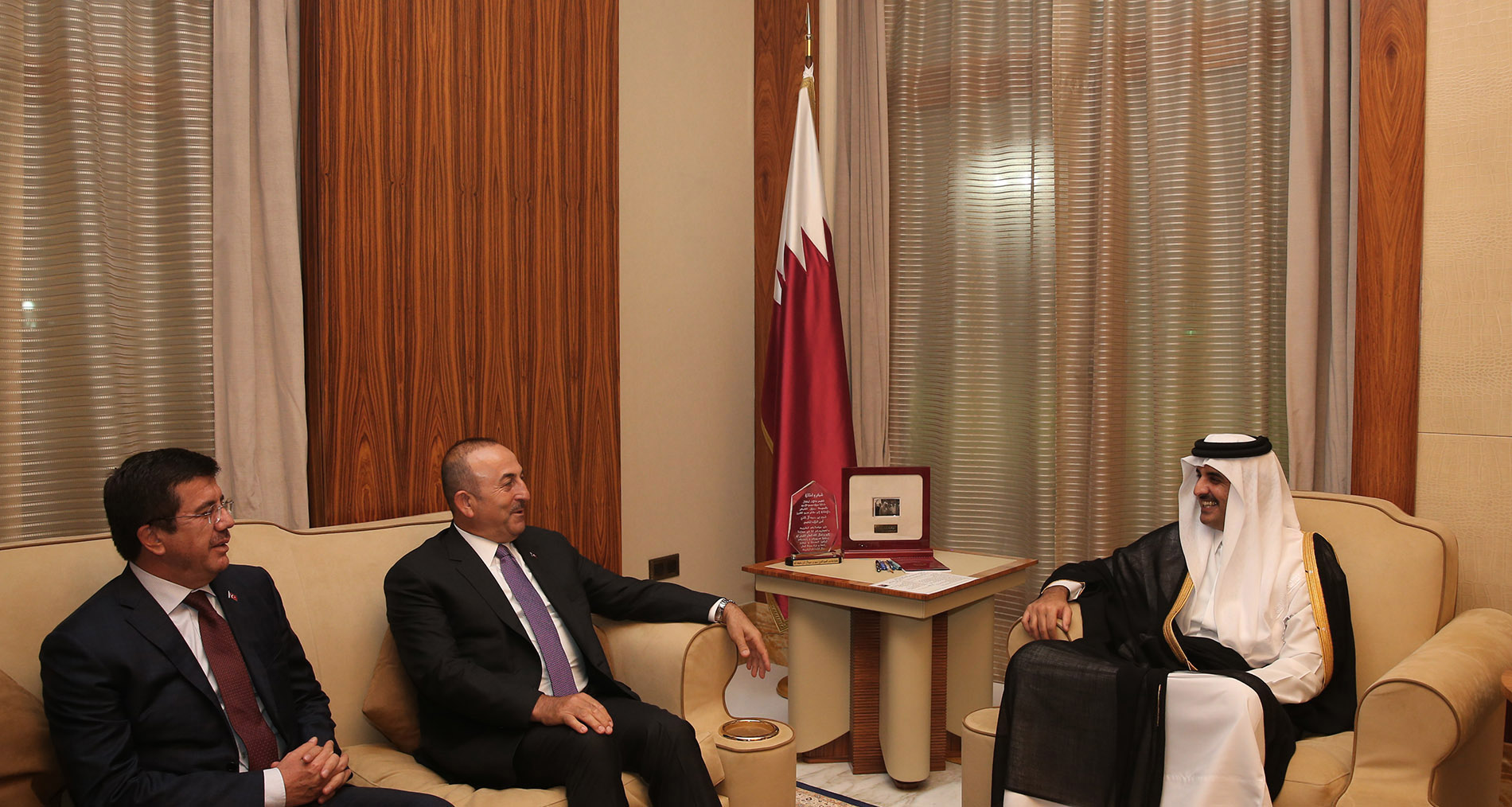 His Highness The Amir Sheikh Tamim bin Hamad Al Thani received this evening at his Al Bahr Palace office HE the Foreign Minister Mevlut Cavusoglu and HE the Economy Minister Nihat Zeybekci of the Republic of Turkey.

During the meeting they discussed developments of the Gulf crisis and means of solving it, besides reviewing the strategic ties between the two countries and aspects of developing them on all fronts.