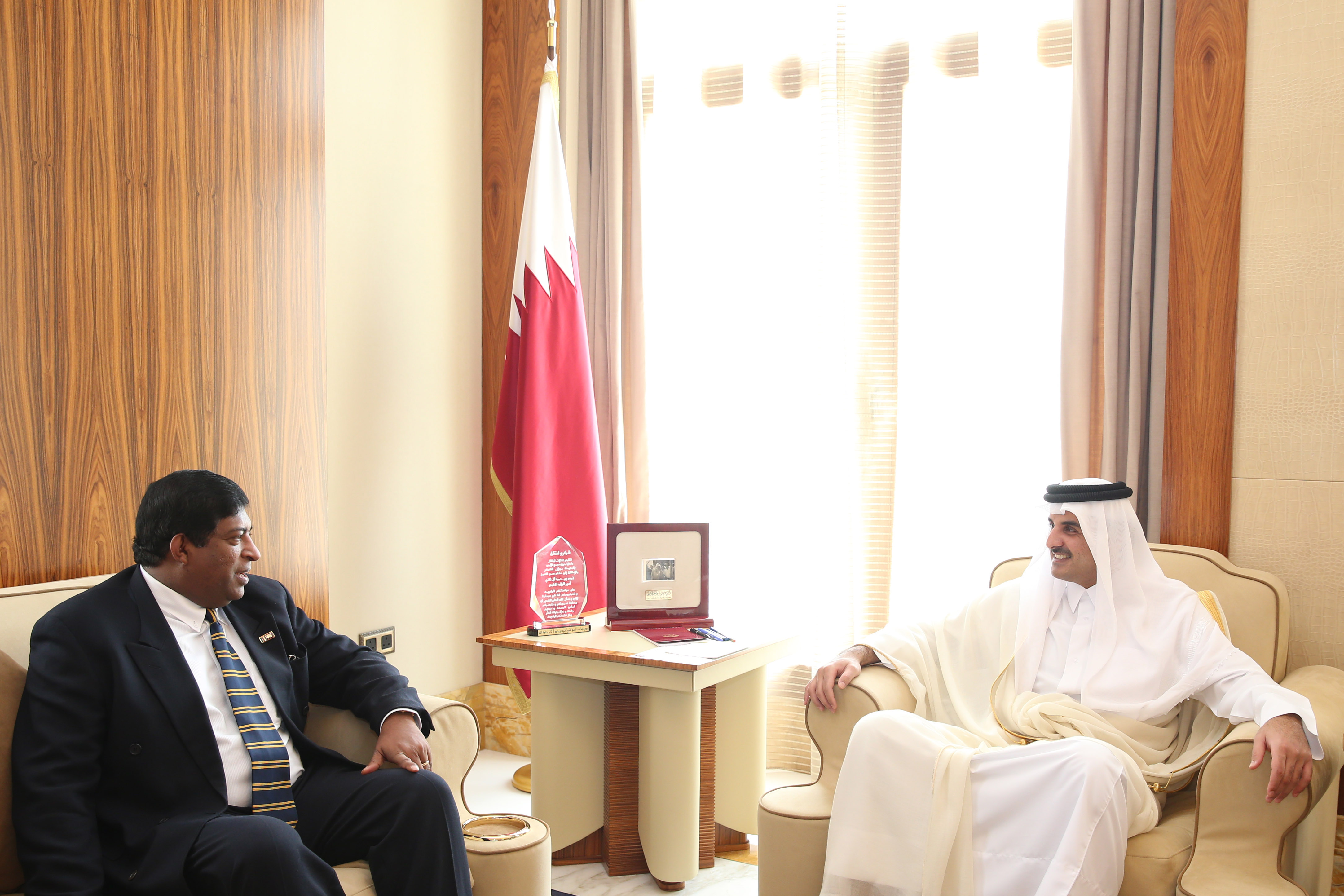 His Highness The Amir Sheikh Tamim bin Hamad Al Thani received on Sunday morning, at his Office at Al Bahr Palace, HE Ravi Karunanayake, Minister of Foreign Affairs of the Democratic Socialist Republic of Sri Lanka and his accompanying delegation.

The meeting reviewed relations of cooperation between the two countries and means of enhancing and promoting them in all fields, especially in in the political areas and economic partnership.

Talks during the meeting also dealt with the latest regional and international developments, mainly the Gulf crisis.

The Sri Lankan Minister of Foreign Affairs stressed his country's stance to resolve the crisis through constructive dialogue.