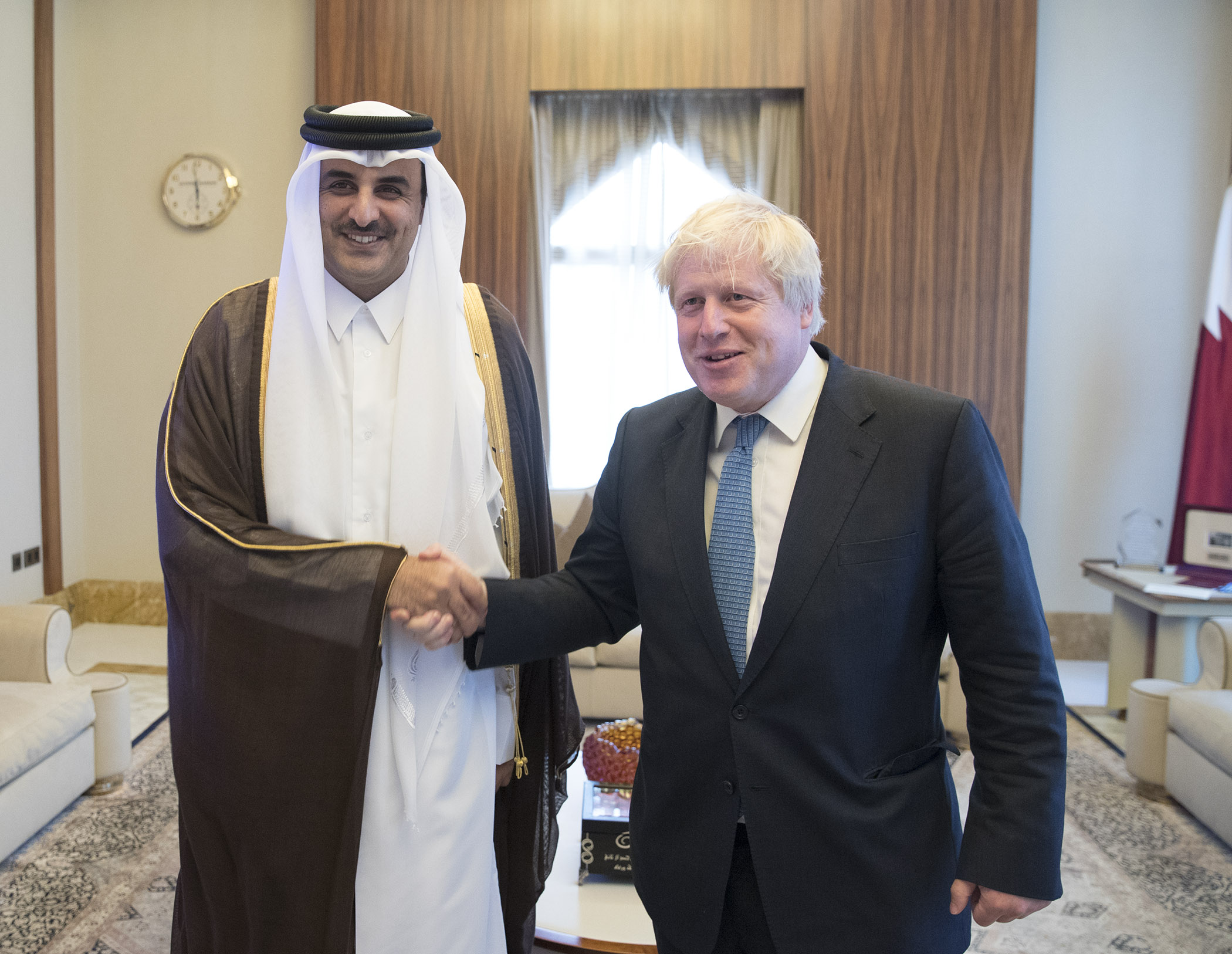 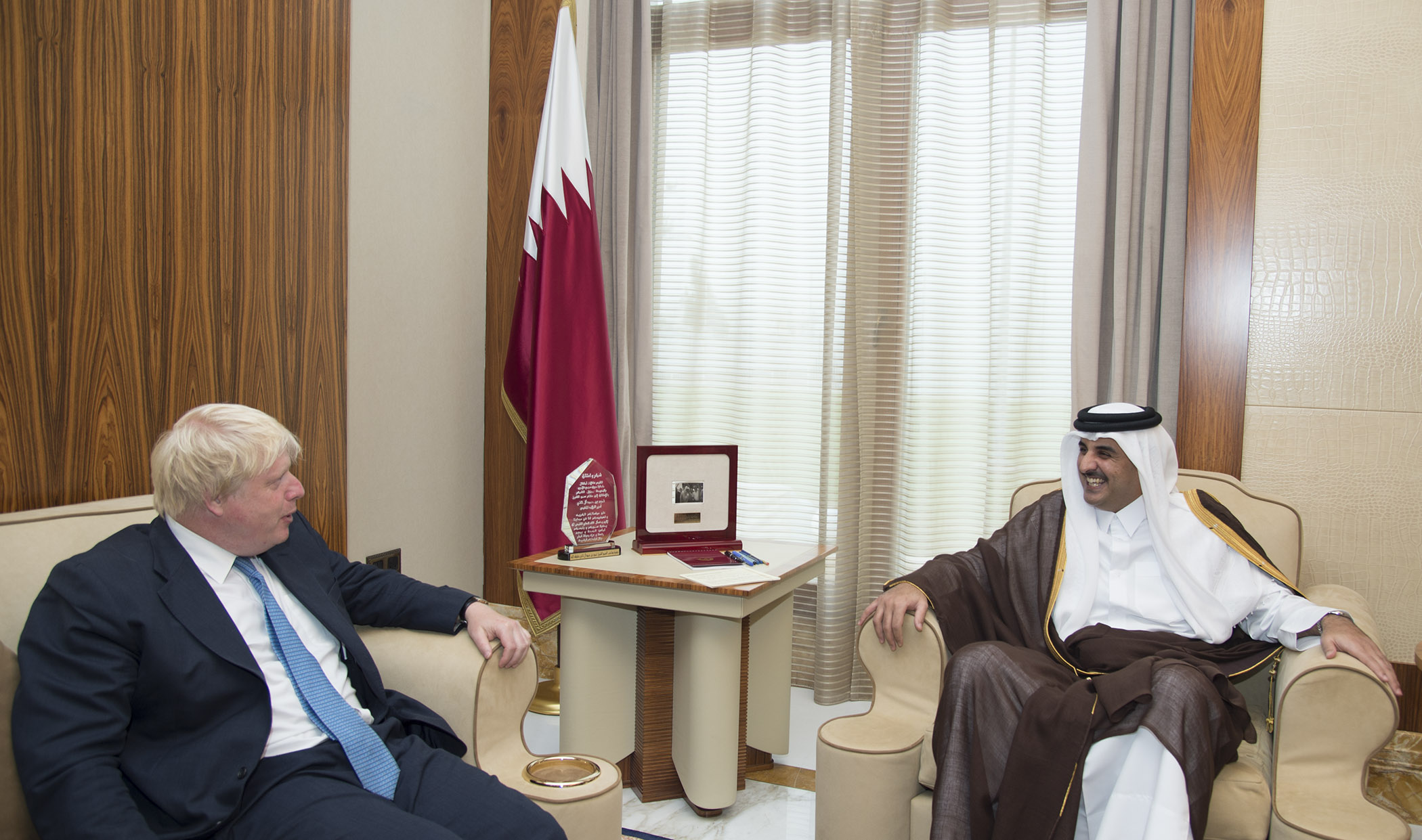 They discussed the latest developments of the GCC crisis and its implications in terms of regional and international stability.

HE the UK Foreign Minister stressed the United Kingdom's support to the State of Kuwait's mediation efforts, led by HH The Amir of Kuwait Sheikh Sabah Al Ahmed Al Jaber Al Sabah to resolve the crisis.

The meeting also dealt with issues of joint interest, particularly terrorism and extremism and the ways to enhance bilateral cooperation as part of regional and international counter-terrorism efforts.

HH The Amir and HE the Foreign Minister reviewed facets of bilateral strategic ties and the means to enhance them in different fields, particularly bilateral cooperation in Qatar's hosting of the 2022 World Cup.