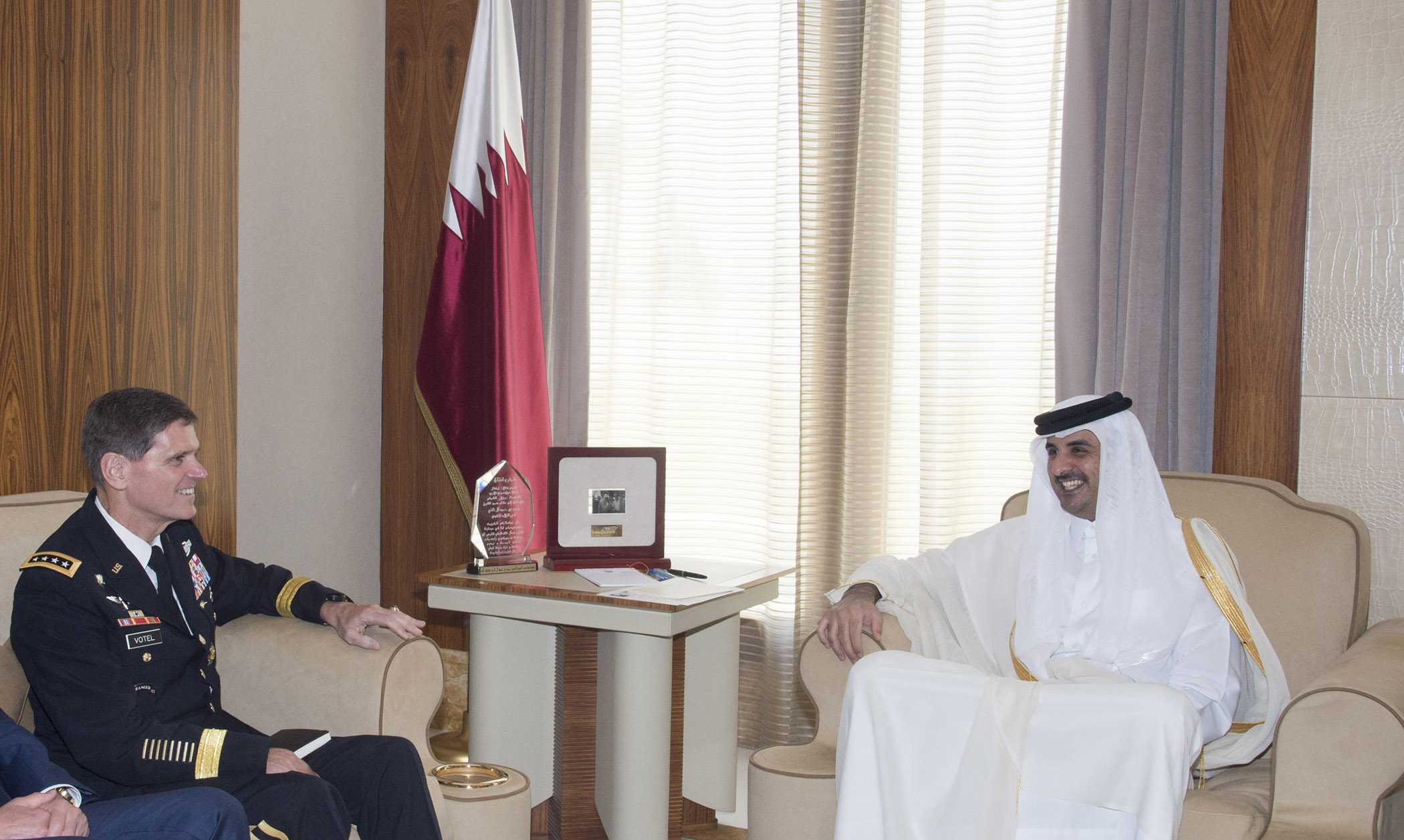 His Highness The Amir Sheikh Tamim bin Hamad Al Thani received at his Office at Al Bahr Palace on Sunday morning HE Gen. Joseph Leonard Votel, Commander of U.S. Central Command (CENTCOM), and his accompanying delegation on the occasion of their visit to Qatar.

Talks dealt during the meeting with bilateral strategic relations between the two friendly countries and means of enhancing them in the area of defense cooperation in particular.

The meeting reviewed the joint operations between the Qatar Armed Forces and U.S. Forces in the field of combating terrorism aimed at supporting their efforts to contribute to the maintenance of security and stability in the region.

HE Gen. Joseph Leonard Votel thanked HH The Amir on Qatar's pivotal role in this field.

HH The Amir and HE Commander of U.S. Central Command also exchanged views on regional and international issues of common.