In the Presence of HH The Amir, Qatar, Kuwait and US Hold Joint Meeting 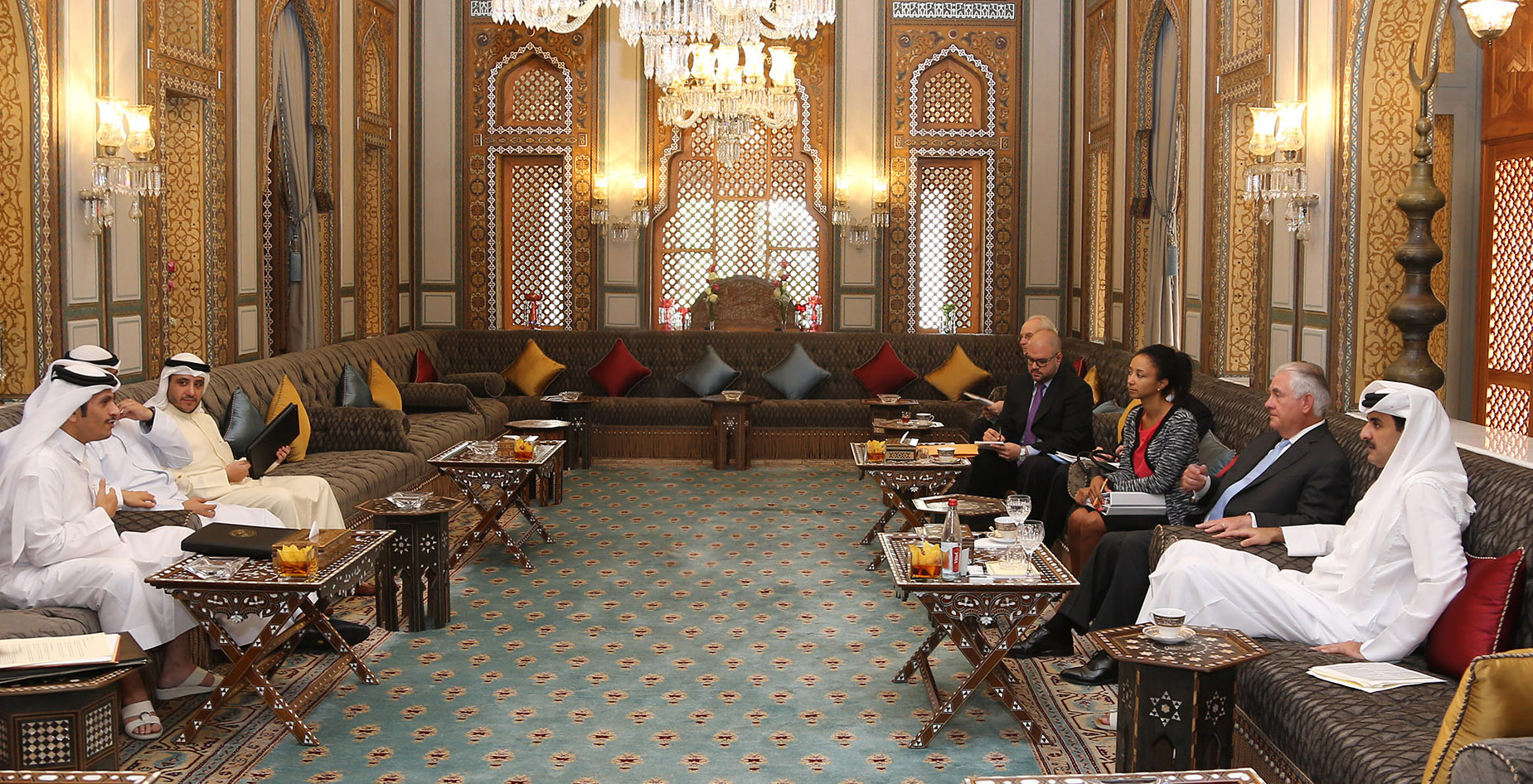 In the presence of His Highness The Amir Sheikh Tamim bin Hamad Al Thani, a joint meeting was held on Tuesday at Al Bahar Palace and attended by HE Foreign Minister Sheikh Mohammed bin Abdulrahman Al Thani, HE Kuwait's Minister of State for Cabinet Affairs and Acting Minister of Information Sheikh Mohammed Al Abdullah Al Mubarak Al Sabah and HE US Secretary of State Rex Tillerson.

The meeting discussed the developments of the Gulf crisis and its regional and international implications. It also reviewed the Kuwaiti mediation efforts and the international support to it, in order to settle the current crisis and maintain the stability of the region, its countries and peoples.