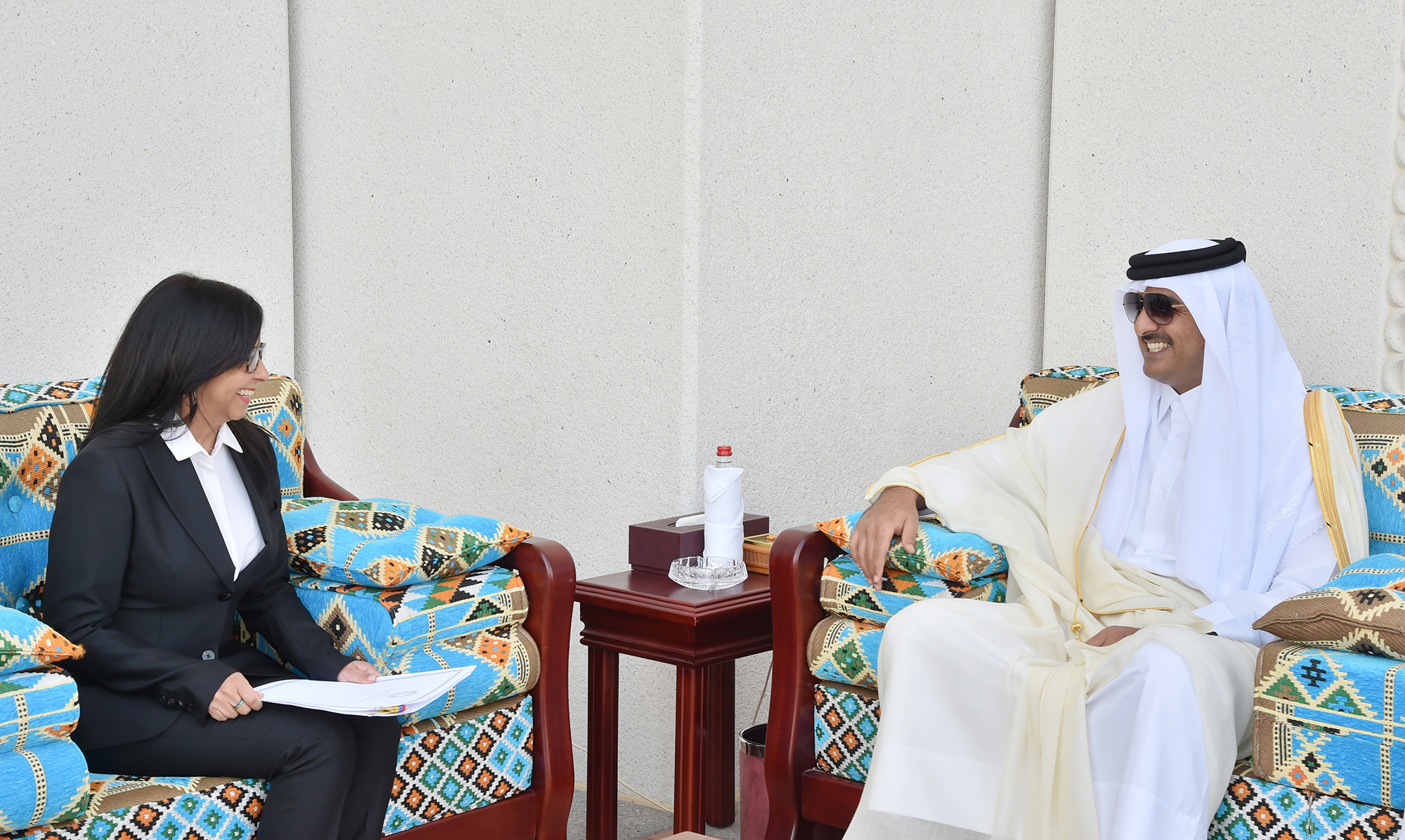 His Highness The Amir Sheikh Tamim bin Hamad Al Thani has received a message from President of the Bolivarian Republic of Venezuela Nicolas Maduro, pertaining to bilateral relations between the two countries and means of boosting and developing them.

The message was handed over by Venezuelan vice president for political sovereignty, peace and security, and minister of the people's power for foreign affairs, Delcy Rodriguez Gomez during her meeting with HH The Amir in his Amiri Diwan's Office on Thursday.