HH The Amir Receives the President of Yemen 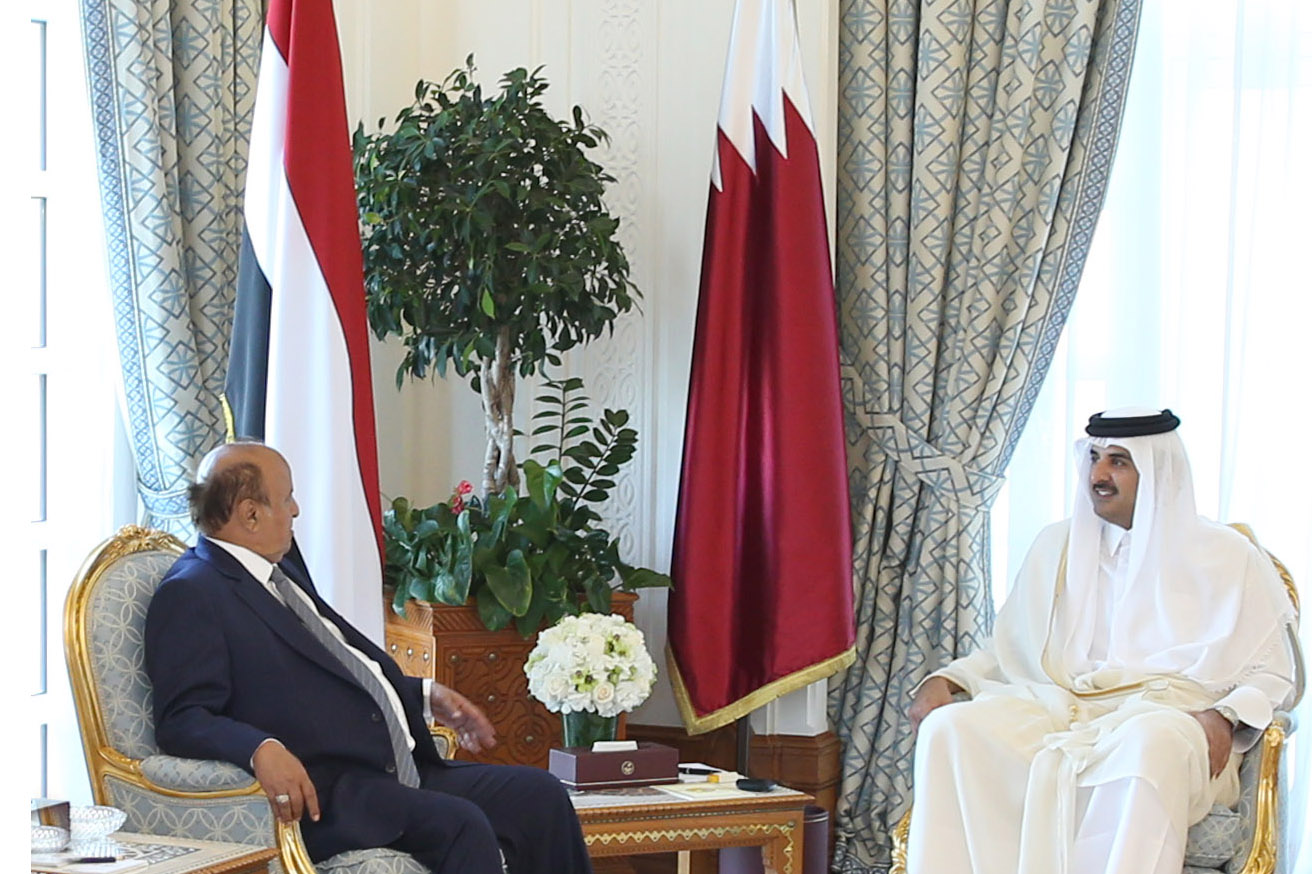 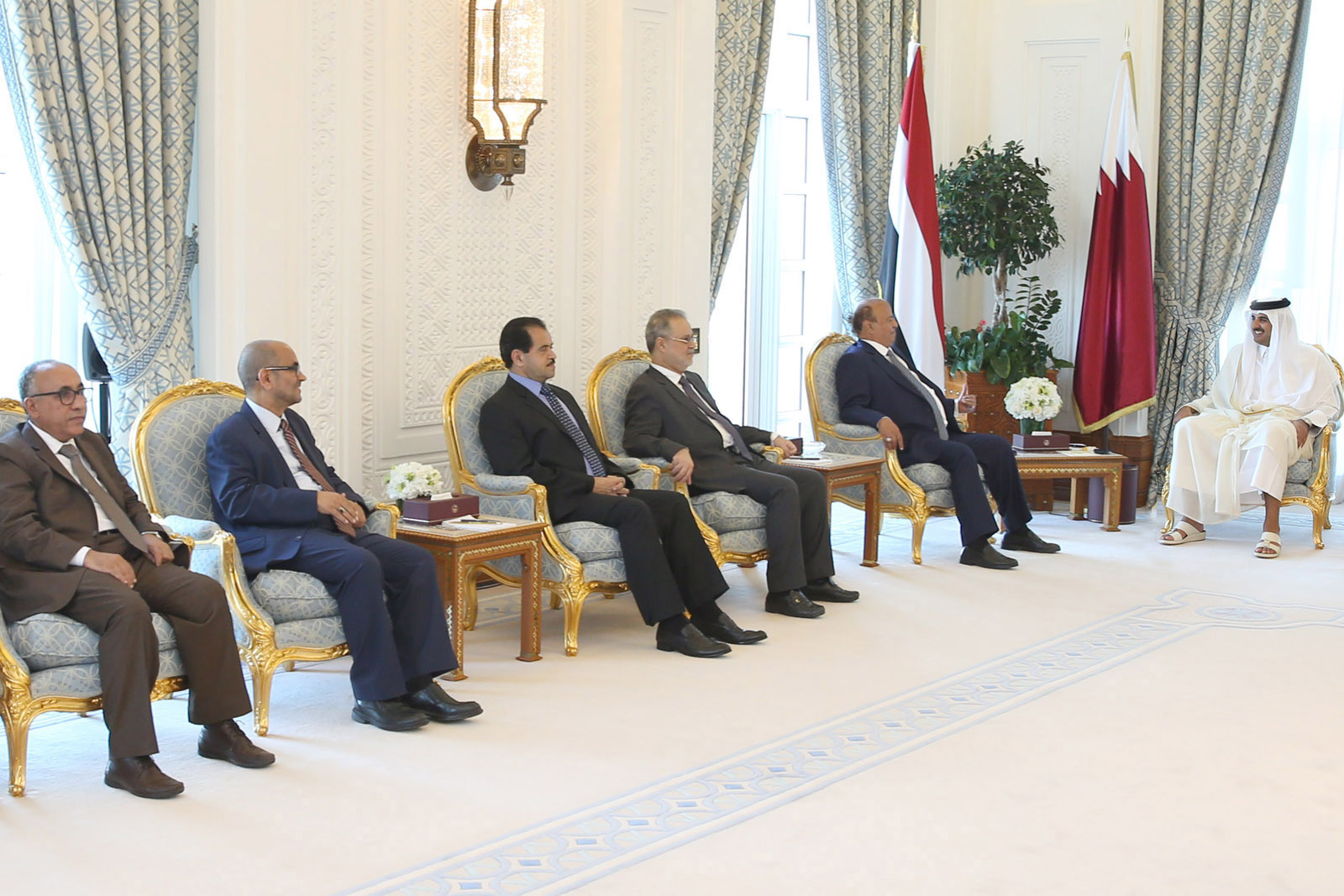 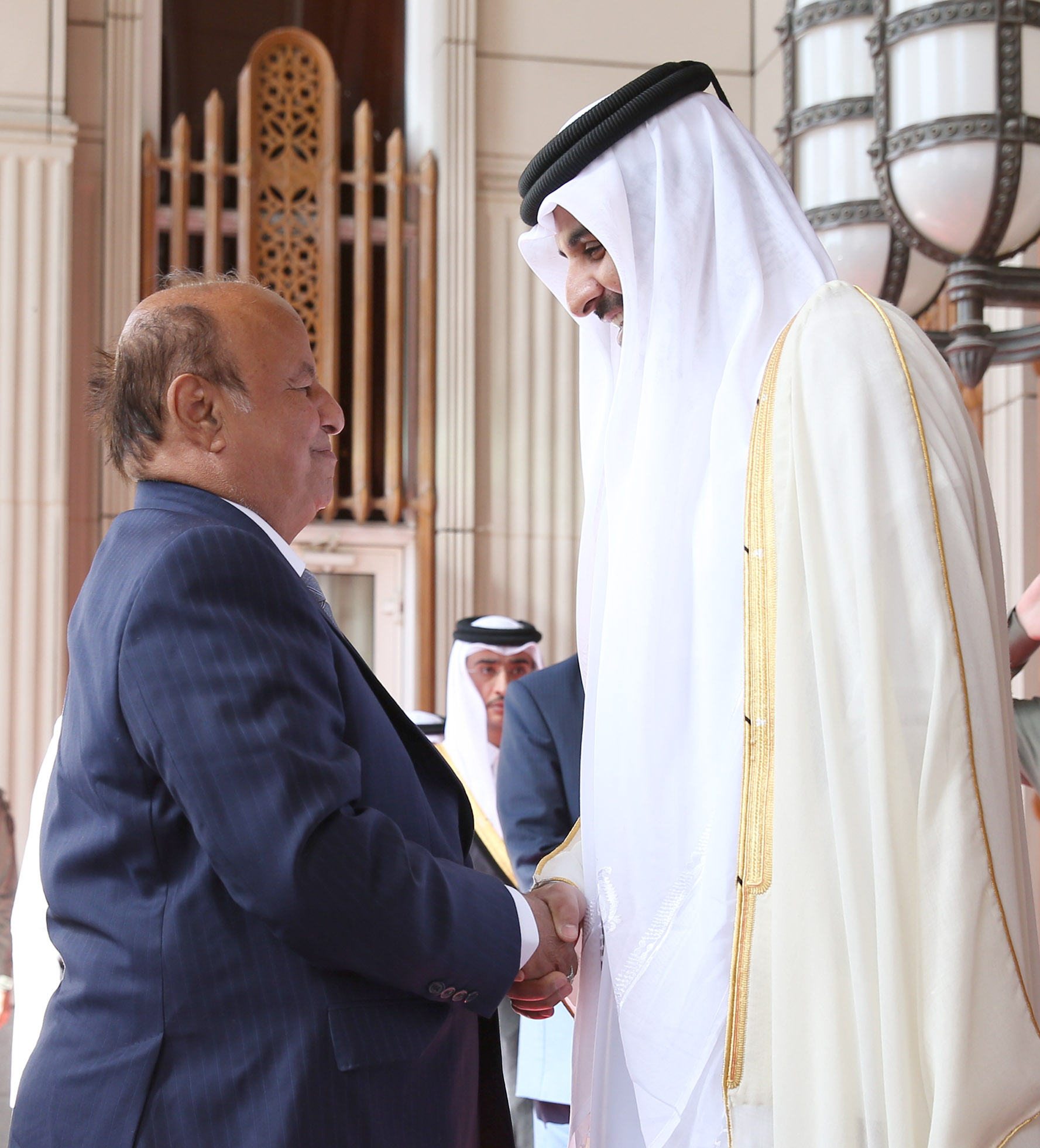 His Highness The Amir Sheikh Tamim bin Hamad Al Thani received HE the President of Yemen Abd Rabbu Mansour Hadi and his accompanying delegation at the Amiri Diwan on Monday.

During the meeting, the two sides discussed bilateral relations and means to develop them, in addition to a number of issues of common concern.

HE President Hadi briefed HH The Amir on the latest developments and the international efforts for supporting legitimacy in Yemen. HE President Hadi expressed thanks and appreciation to HH The Amir and the State of Qatar for generously contributing to realizing security and stability in Yemen, further highlighing the State of Qatar's support in Yemen's electricity sector.

HH The Amir affirmed the State of Qatar's continued efforts to resolve the Yemeni crisis, its support for the legitimate government, as well as its wish for Yemen's unity and stability.

Reception of President of Yemen