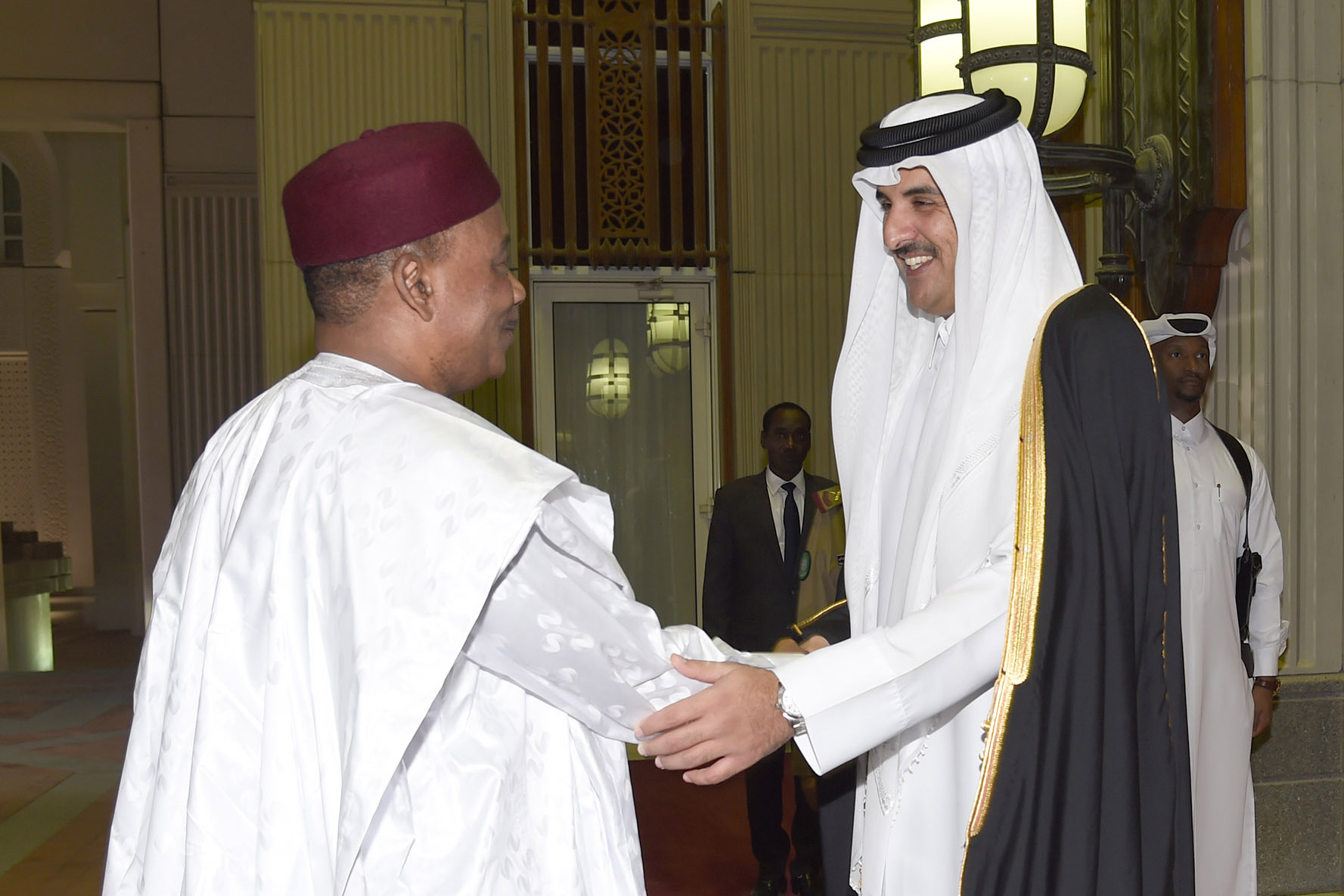 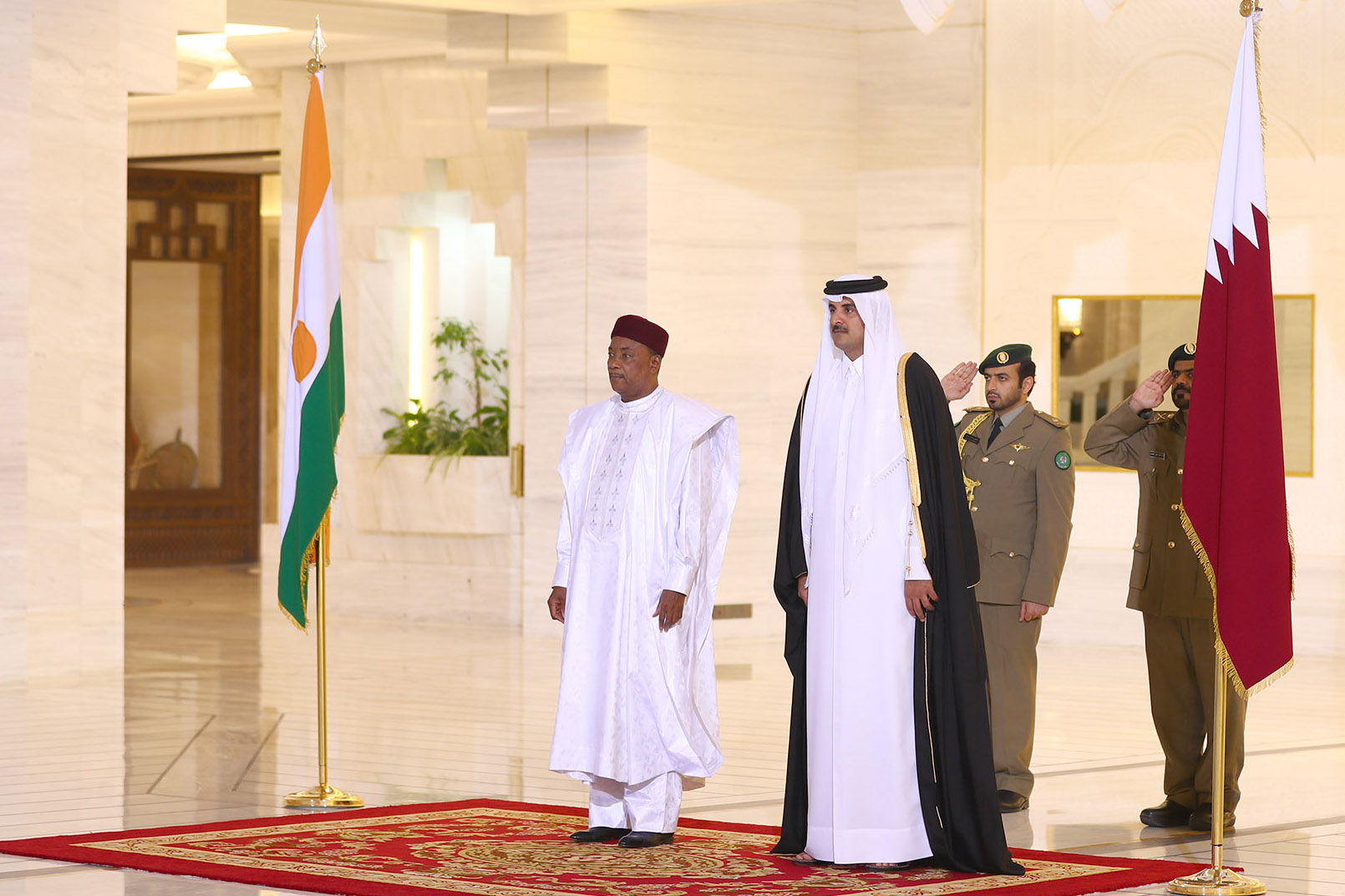 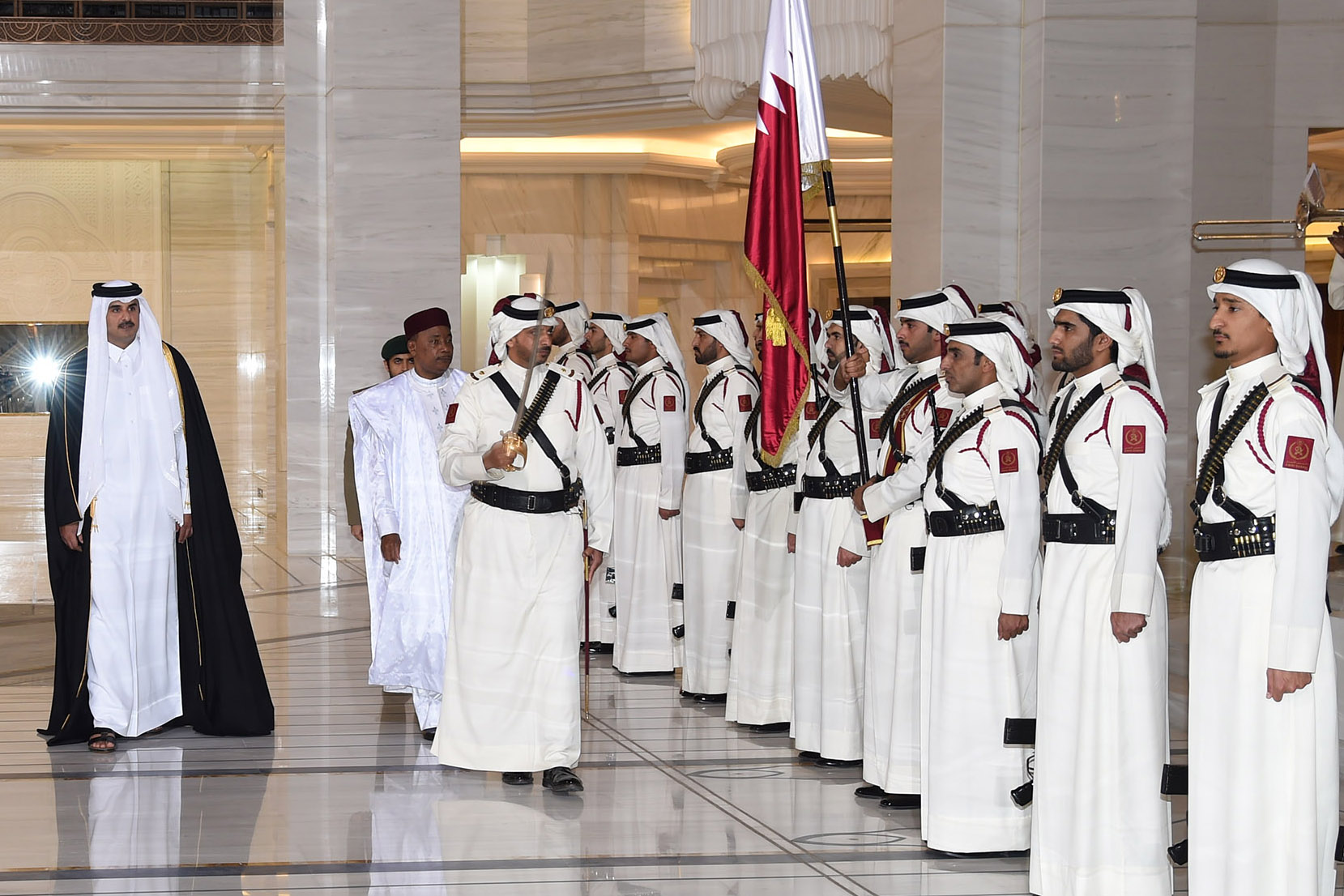 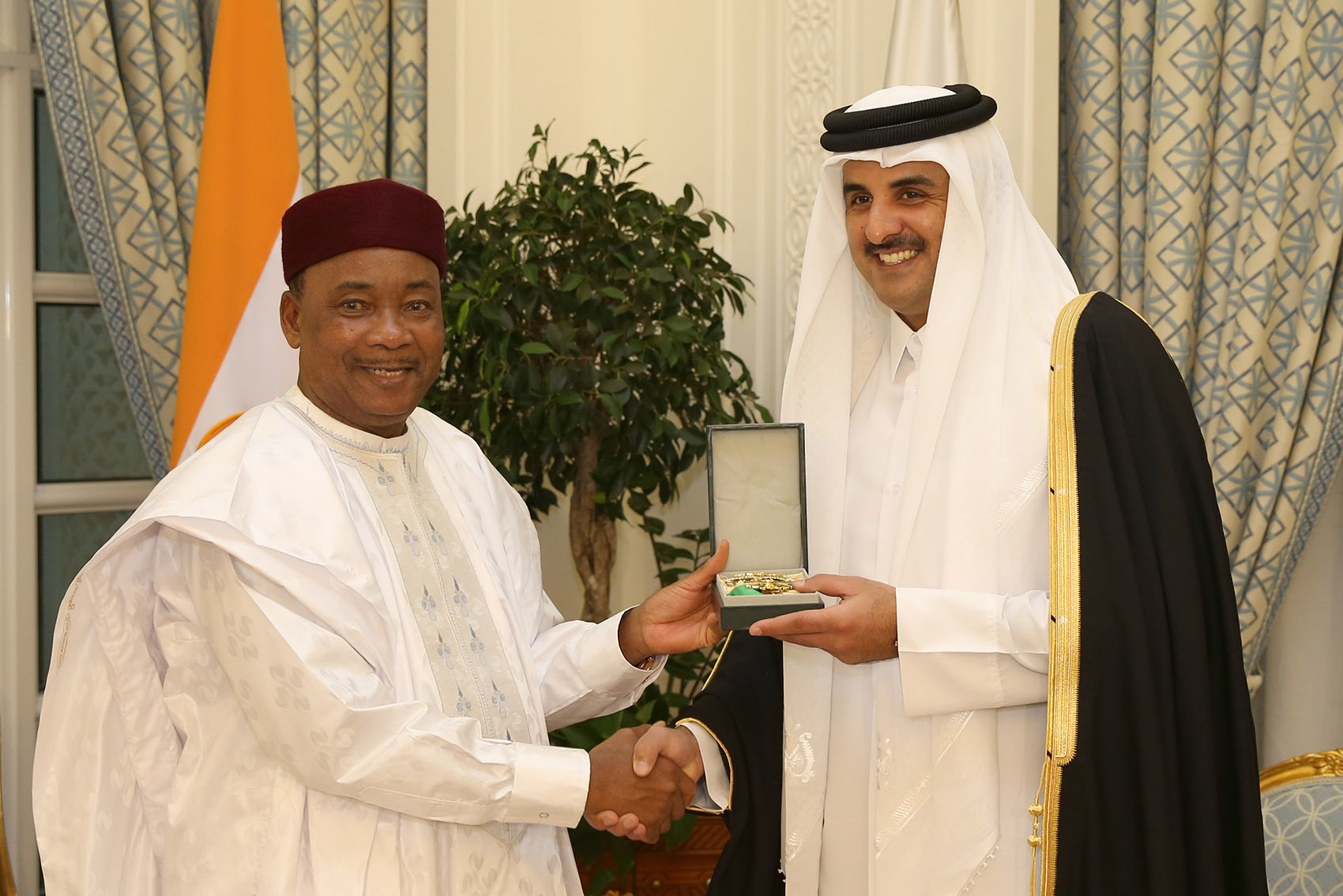 His Highness The Amir Sheikh Tamim bin Hamad Al Thani and the President of the Republic of Niger, Mahamadou Issoufou, held a session of official talks at the Amiri Diwan on Tuesday.

Talks focused on relations between the two countries and means of boosting and developing them on all fronts, in addition to discussing a set of issues of common concern.

At the end of the session, the President of Niger handed HH The Amir the Order of Merit, the highest honor in the Republic of Niger.