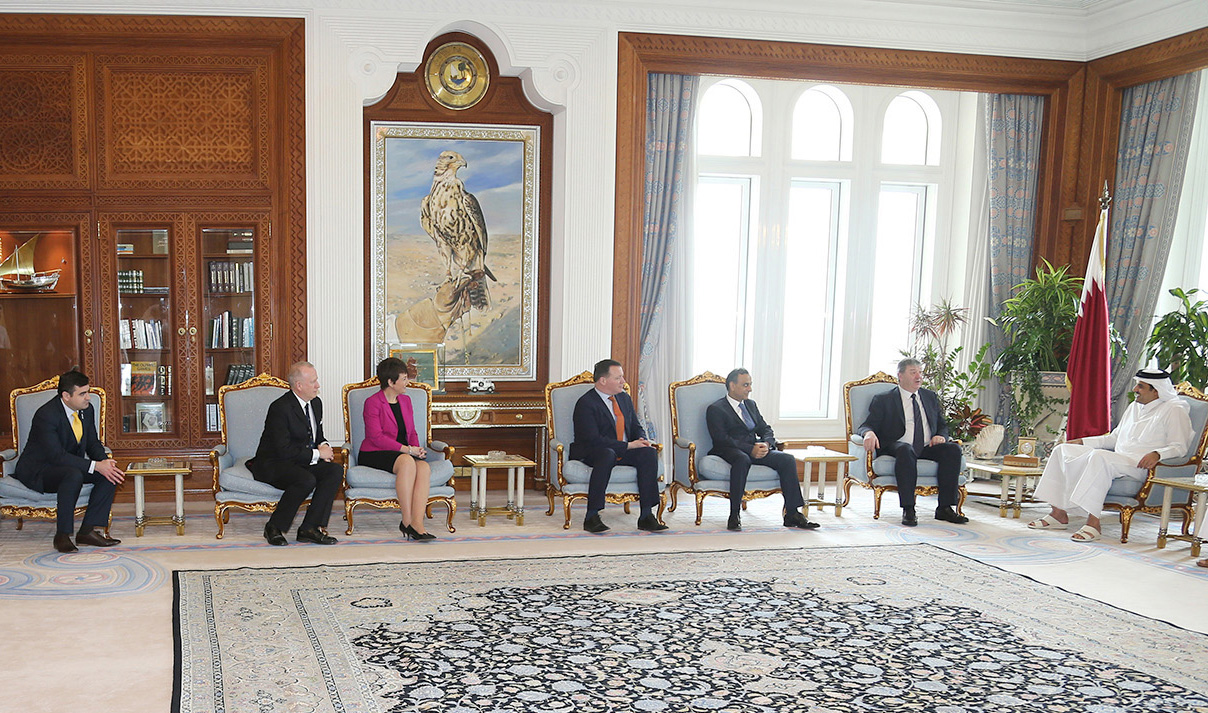 His Highness The Amir Sheikh Tamim bin Hamad Al Thani received here Thursday at his Amiri Diwan office a delegation from the British Parliament who called on HH The Amir to greet him on the occasion of their visit to Qatar.

During the meeting, HH The Amir reviewed with the British delegation relations of cooperation between Qatar and Britain, and exchanged views on a number of current issues on the regional and international arenas.