HH The Amir and President of Turkey Hold Talks session 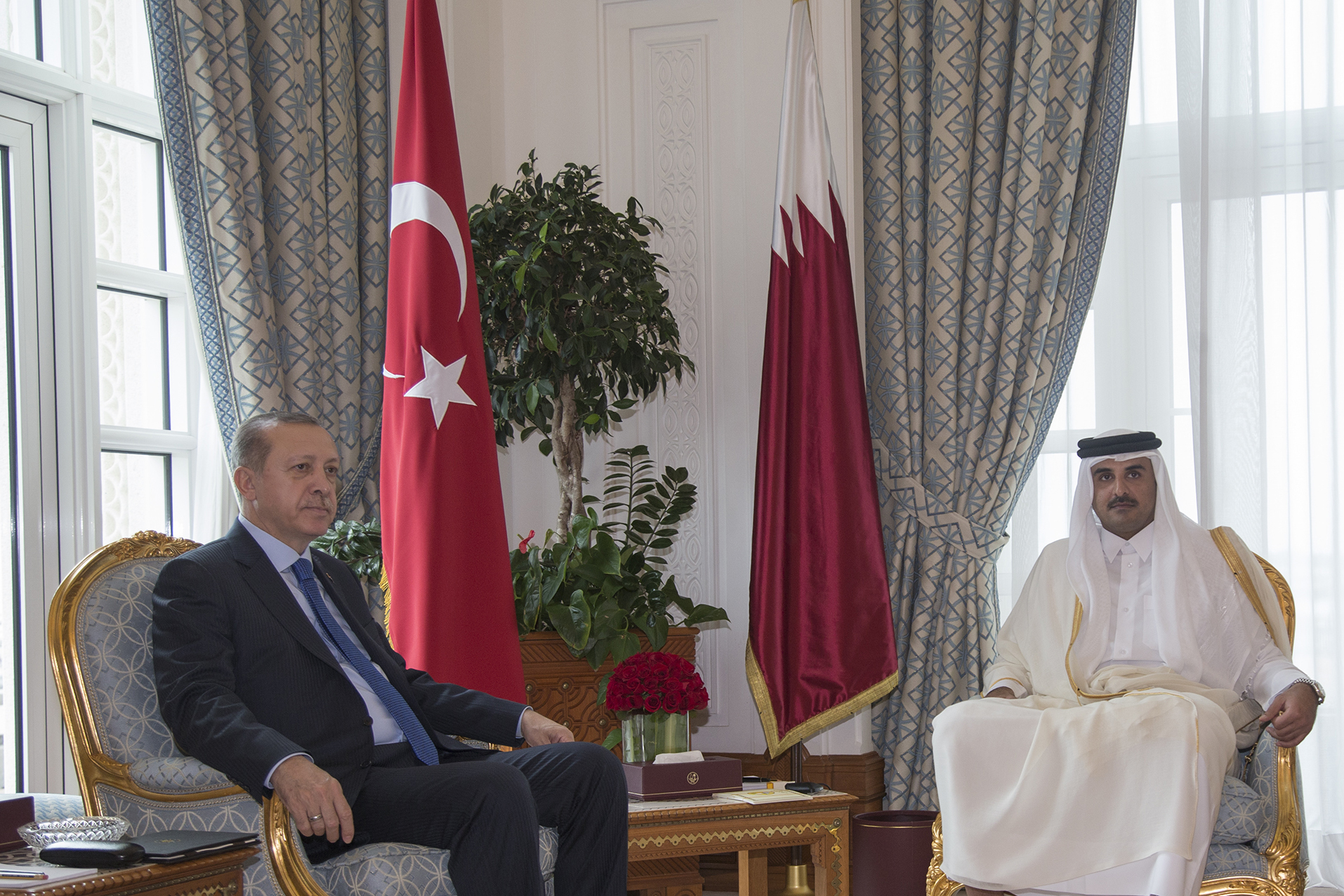 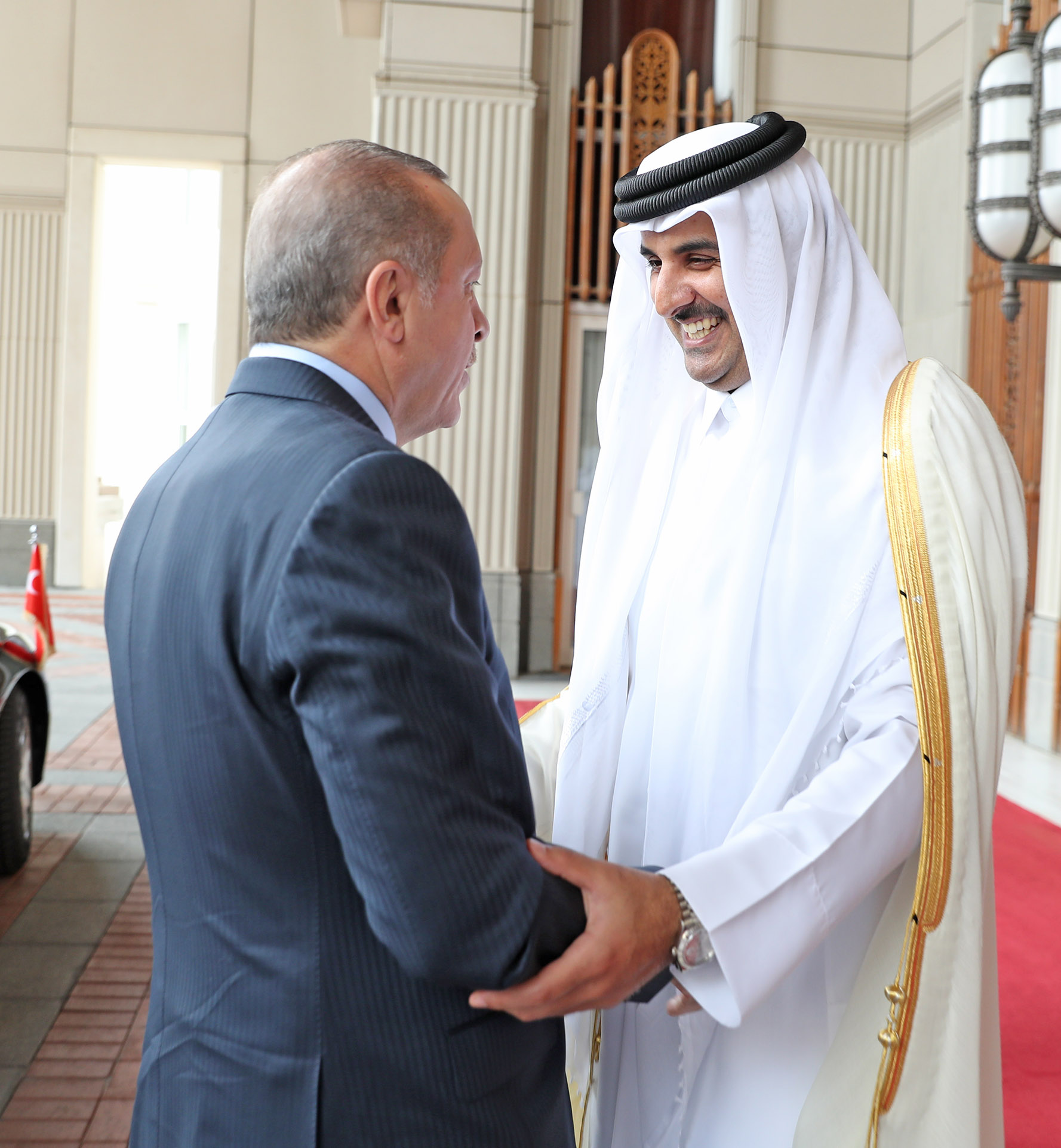 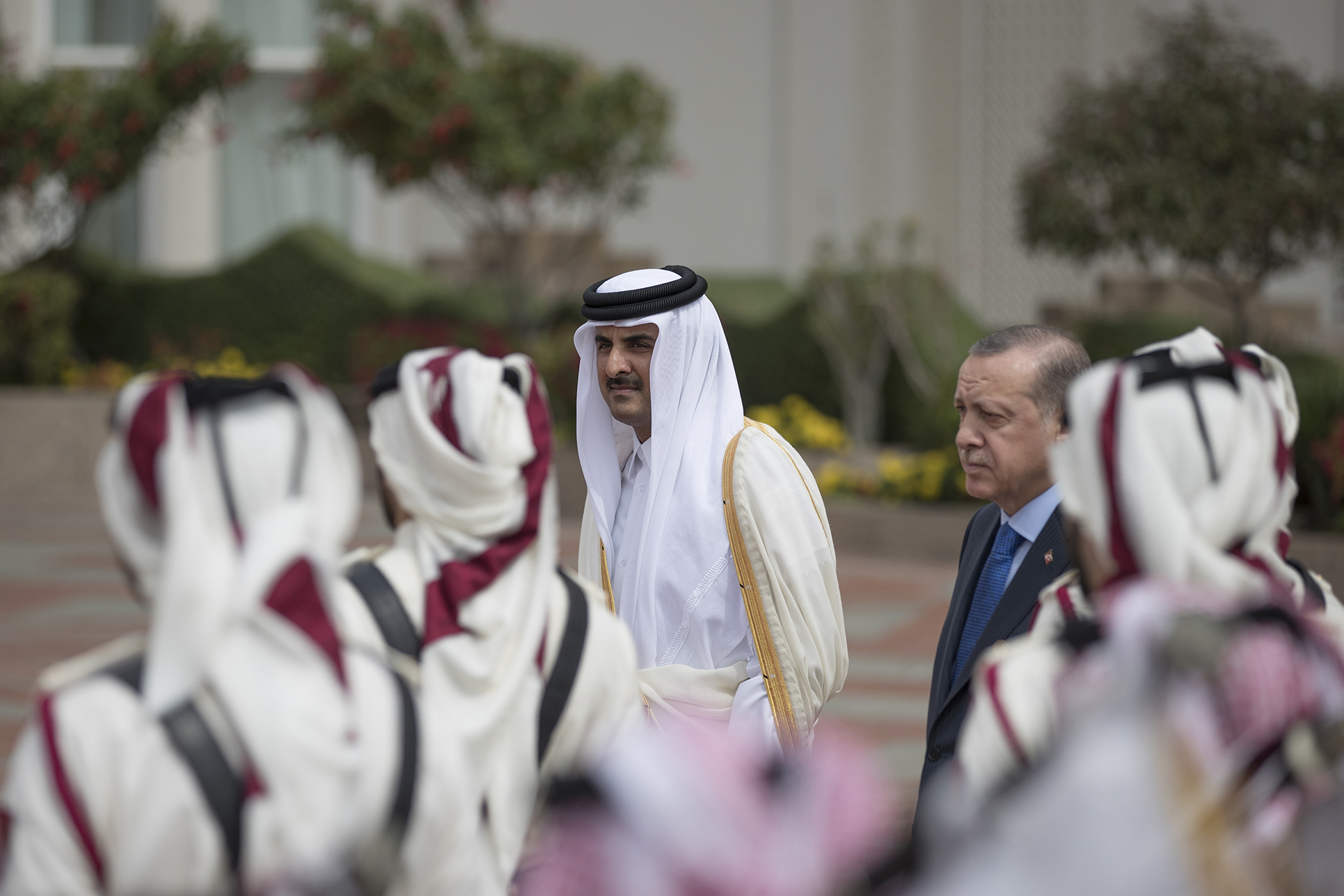 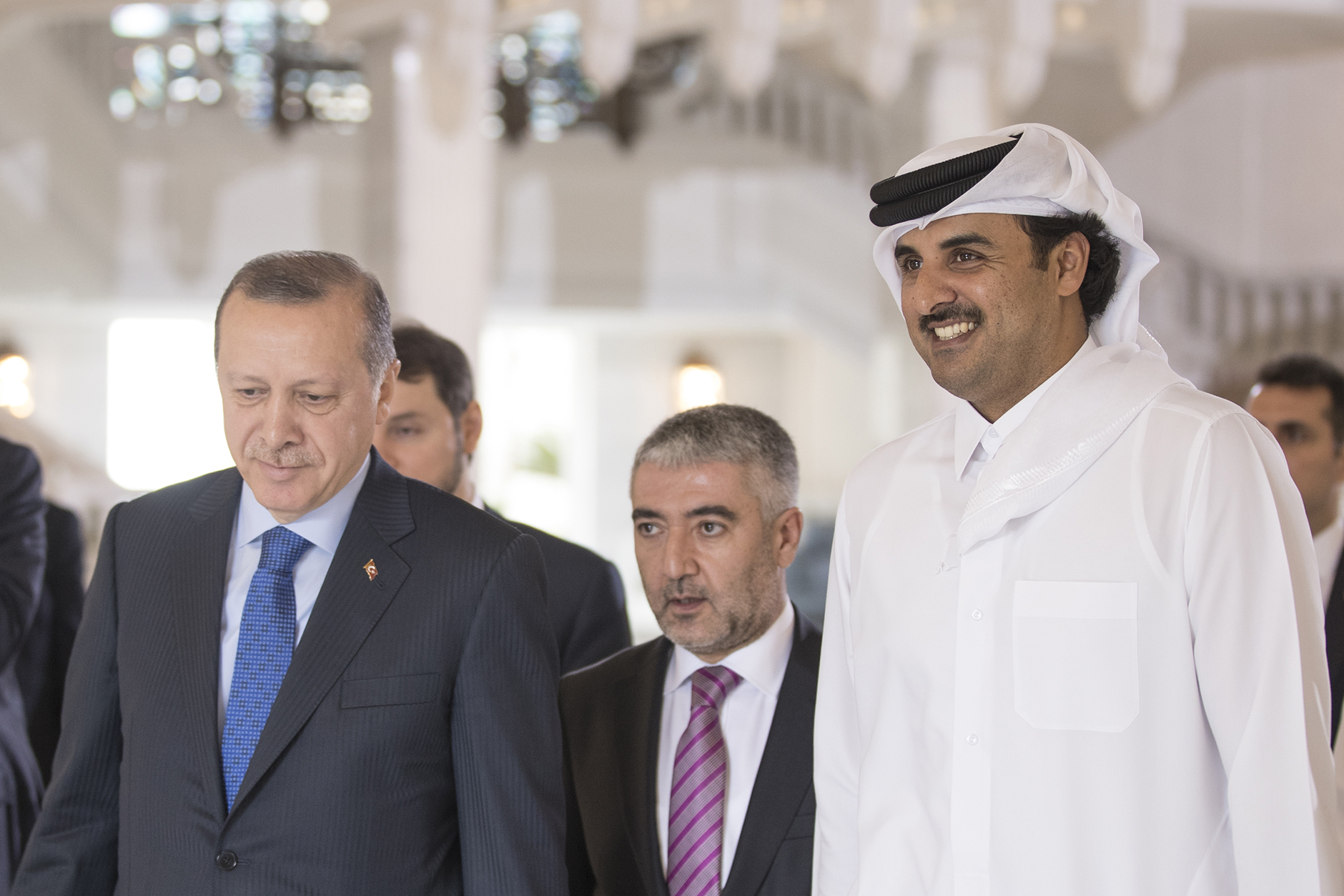 His Highness The Amir Sheikh Tamim bin Hamad Al Thani and HE the President of the Republic of Turkey, Recep Tayyip Erdogan, held an official round of talks in the Amiri Diwan on Wednesday.

Talks during the meeting tackled the relations between the two brotherly countries and ways of bolstering them in all areas in order to serve the interests of the countries and their people.

The two sides also exchanged views about the situation in Palestine, Syria and Yemen, and consulted on a number of regional and international issues of mutual concern.

The talks were attended by HH The Deputy Amir Sheikh Abdullah bin Hamad Al Thani and a number of Their Excellencies the Ministers, along with members of the official Turkish delegation.

Earlier, the Turkish President arrived at the Amiri Diwan earlier where he was accorded an official reception ceremony.