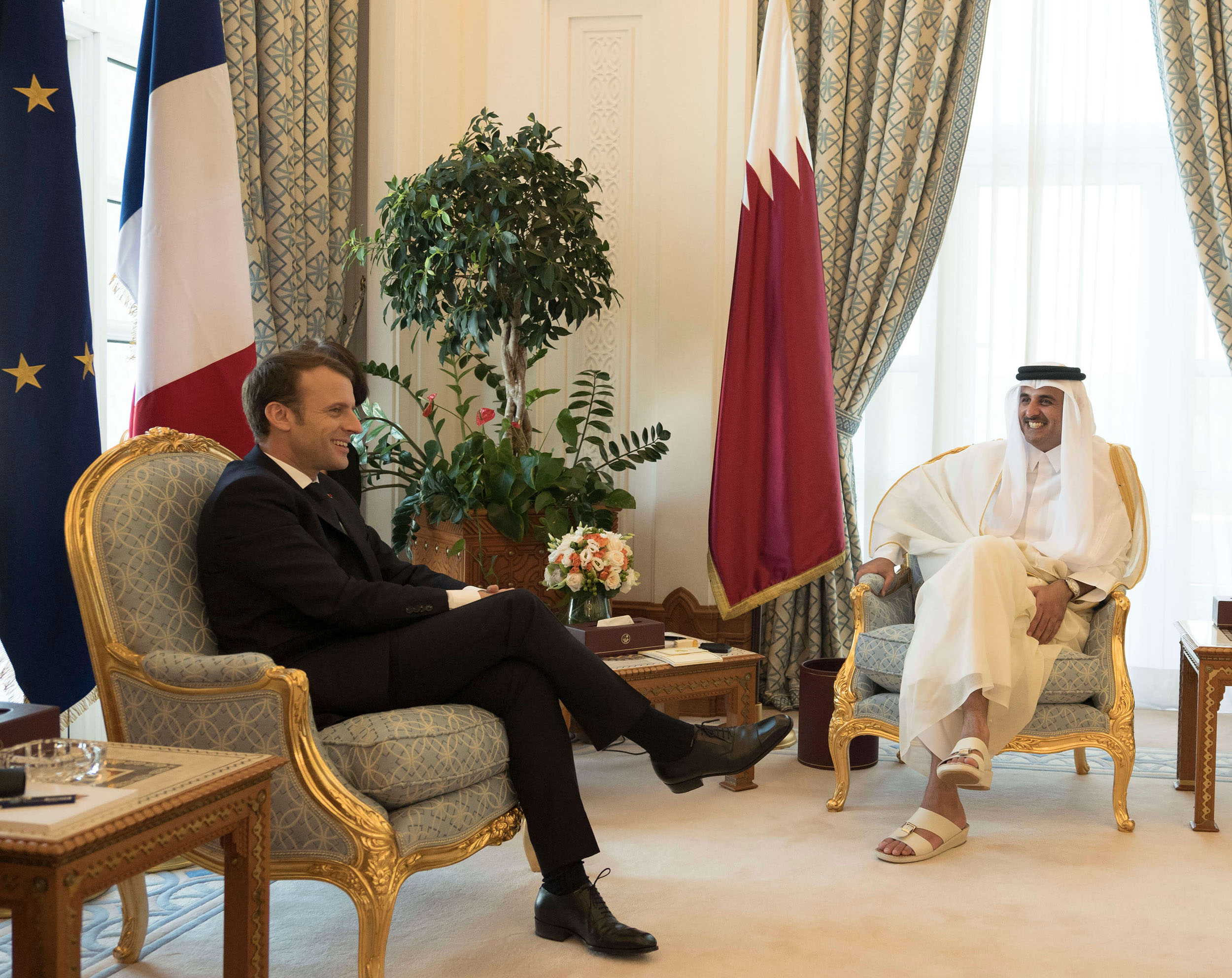 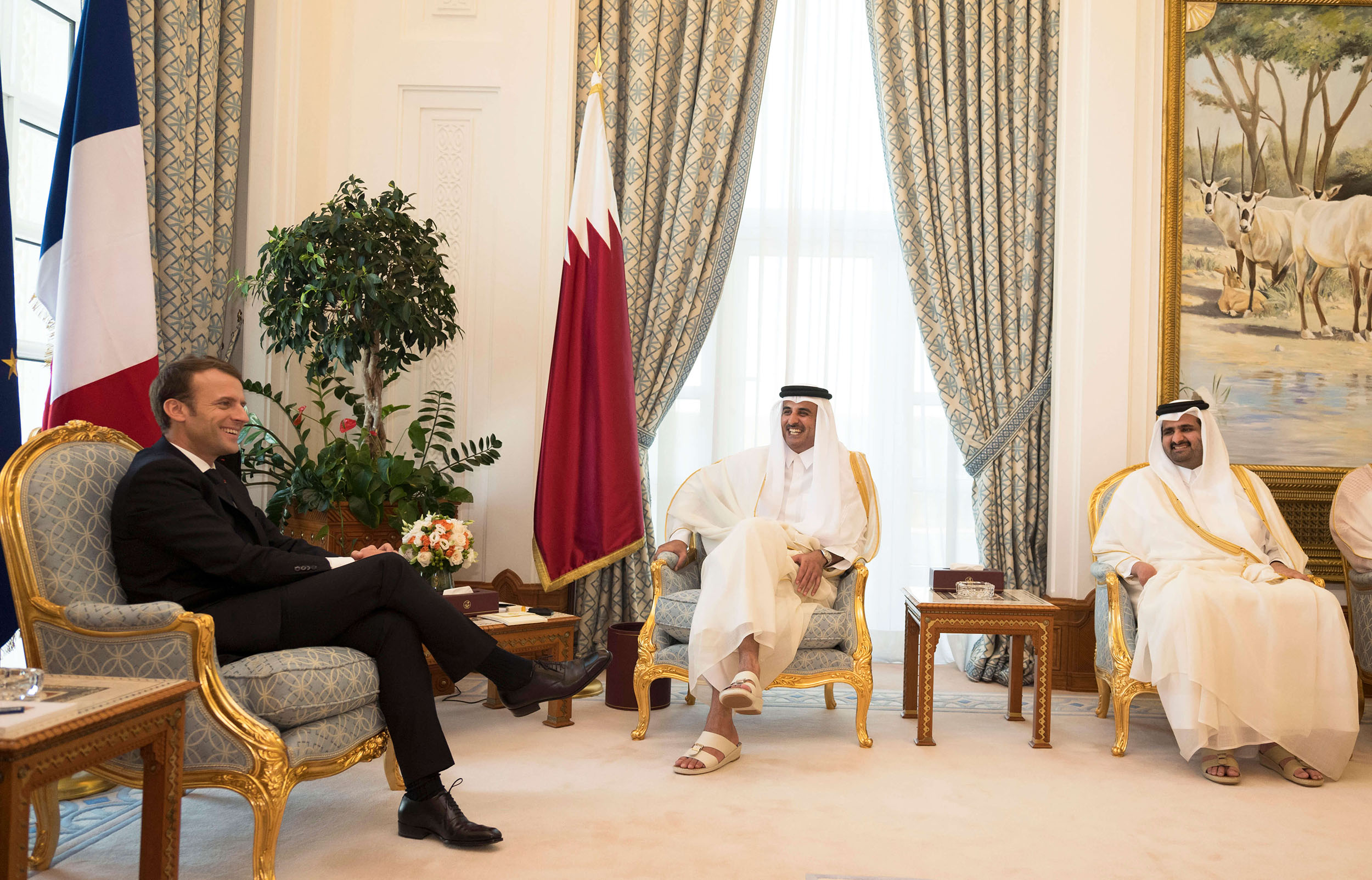 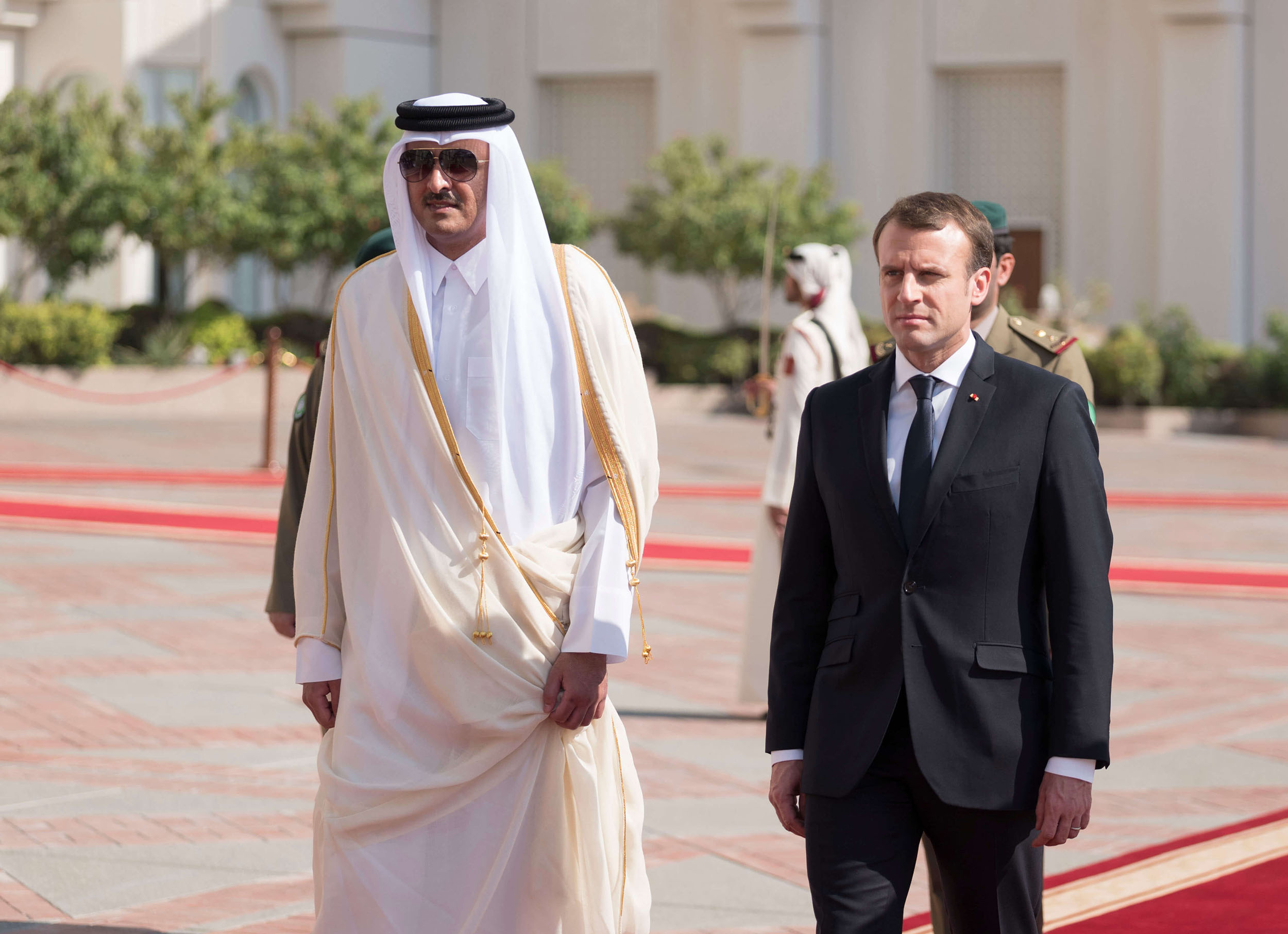 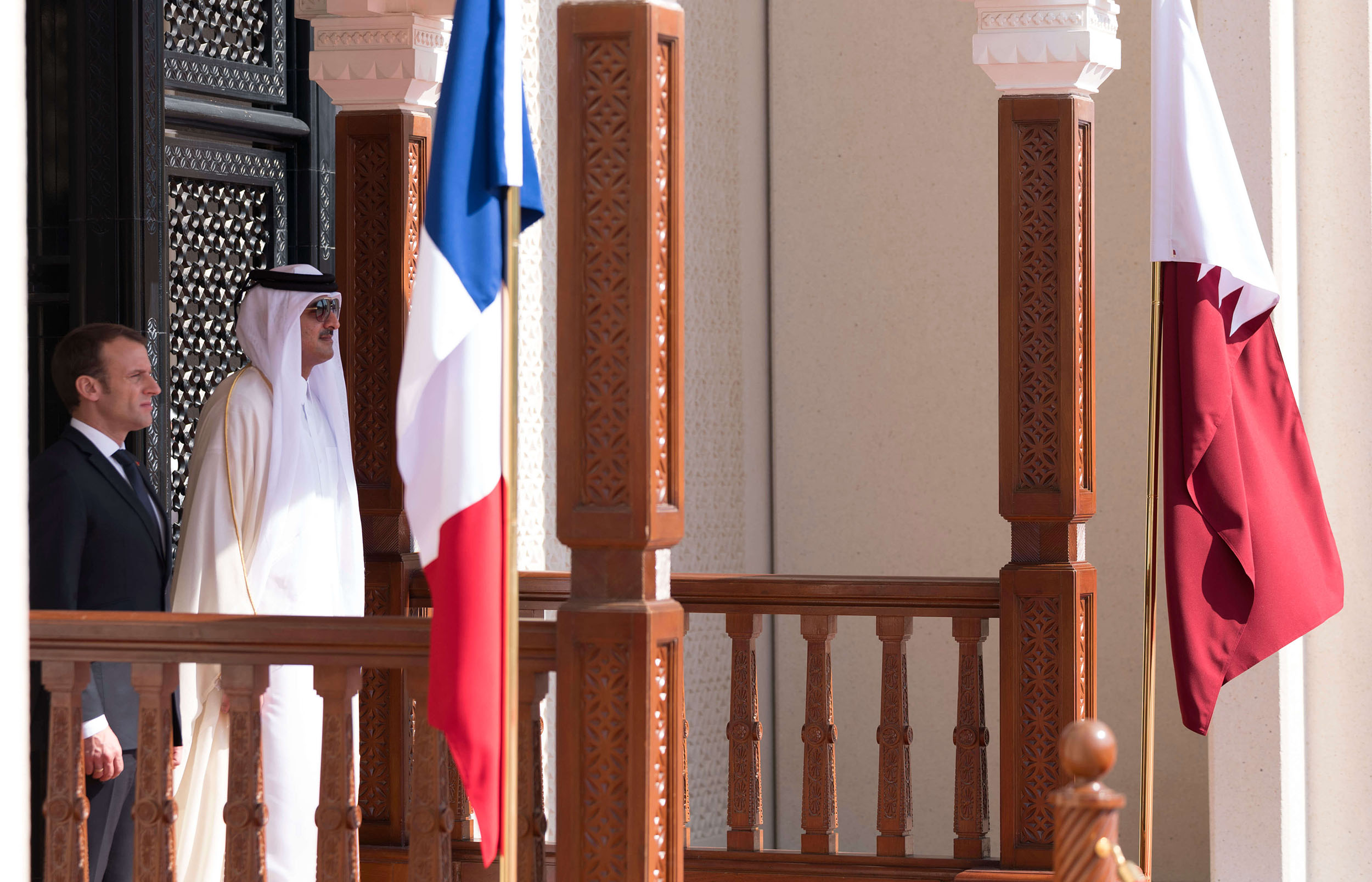 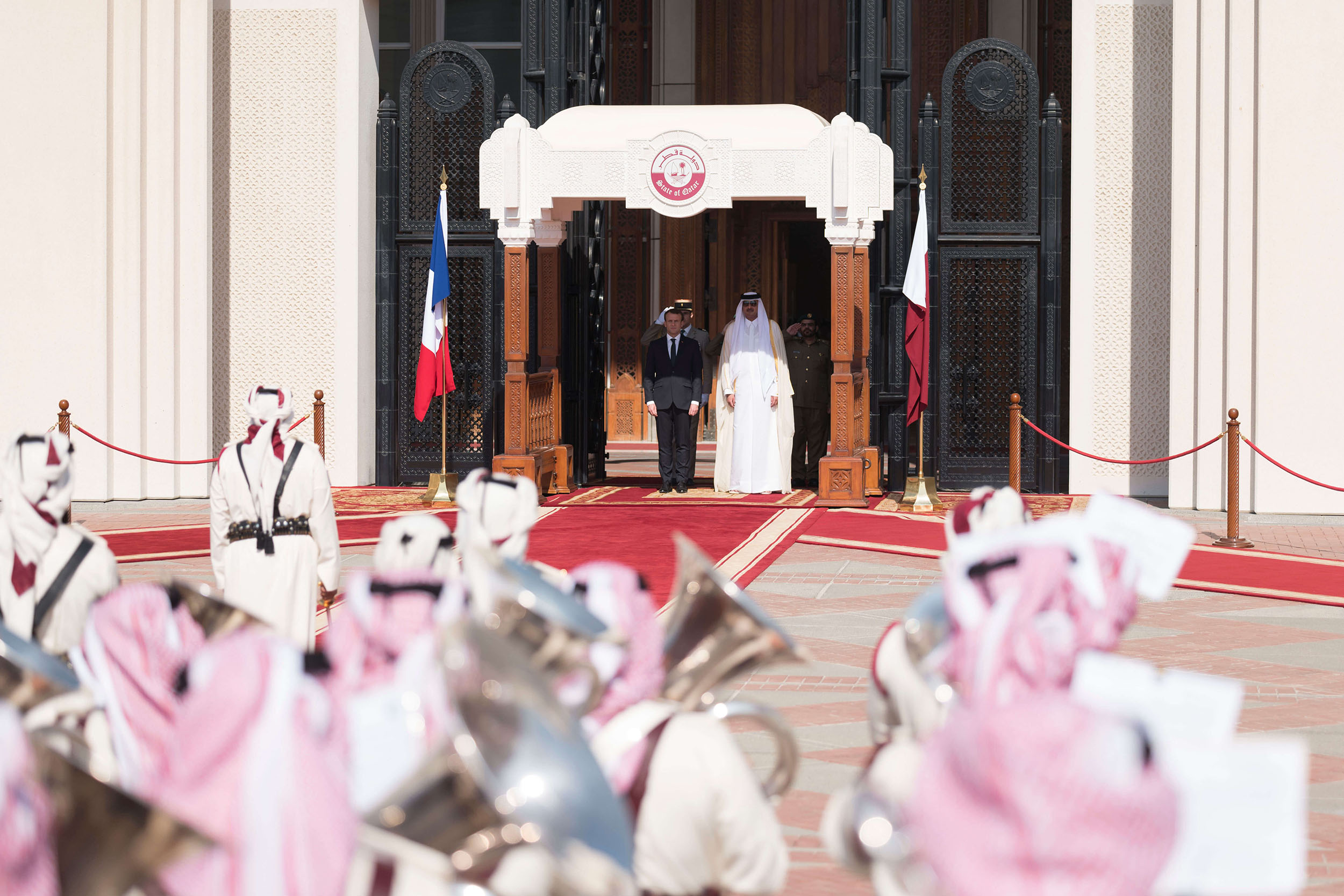 His Highness The Amir Sheikh Tamim bin Hamad Al Thani and HE President of the French Republic Emmanuel Macron held a session of official talks at the Amiri Diwan on Thursday morning.

During the session, the two sides discussed means to enhance the distinguished cooperation relations between the two countries and aspects of developing them in various fields for the interests of both countries and peoples.

They also discussed the Gulf crisis and the siege imposed on the State of Qatar. In this context, HH The Amir and HE the French President renewed their call for a solution through dialogue and within the framework of the good Kuwaiti mediation.

Furthermore, the two sides exchanged views on the situation in Palestine, Syria, Yemen, Libya and Iraq as well as a number of issues of common interest.

US President Donald Trump's decision recognizing Jerusalem as the capital of Israel and the move of the US Embassy from Tel Aviv to Jerusalem and its consequences for security and stability in the region were also discussed in the session.

They also reviewed efforts of the two countries in the fight against terrorism in the framework of regional and international efforts to counter this phenomenon and dry up its financial sources and address its causes.

HE the French President had arrived earlier at the Amiri Diwan where he was accorded an official reception ceremony.