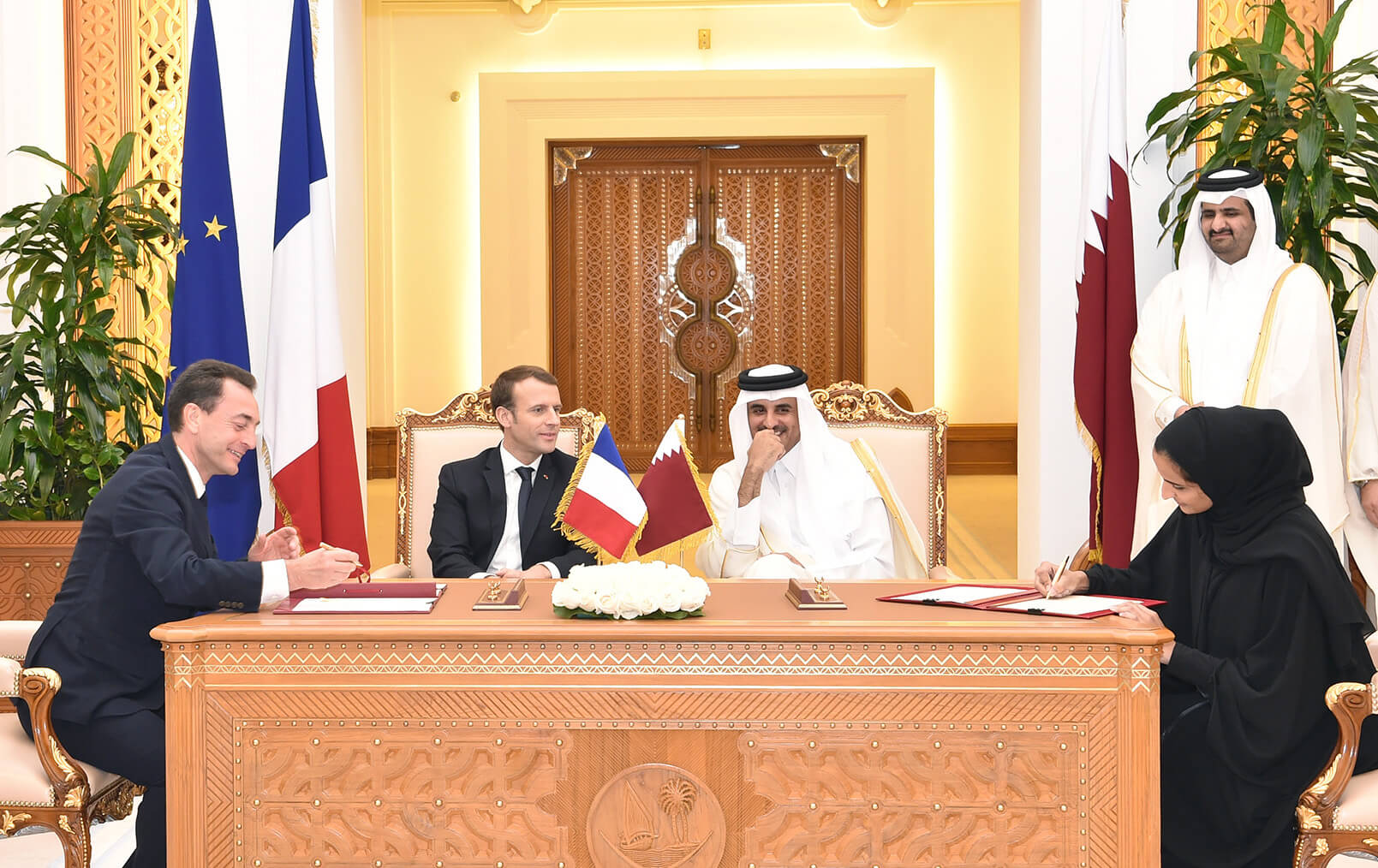 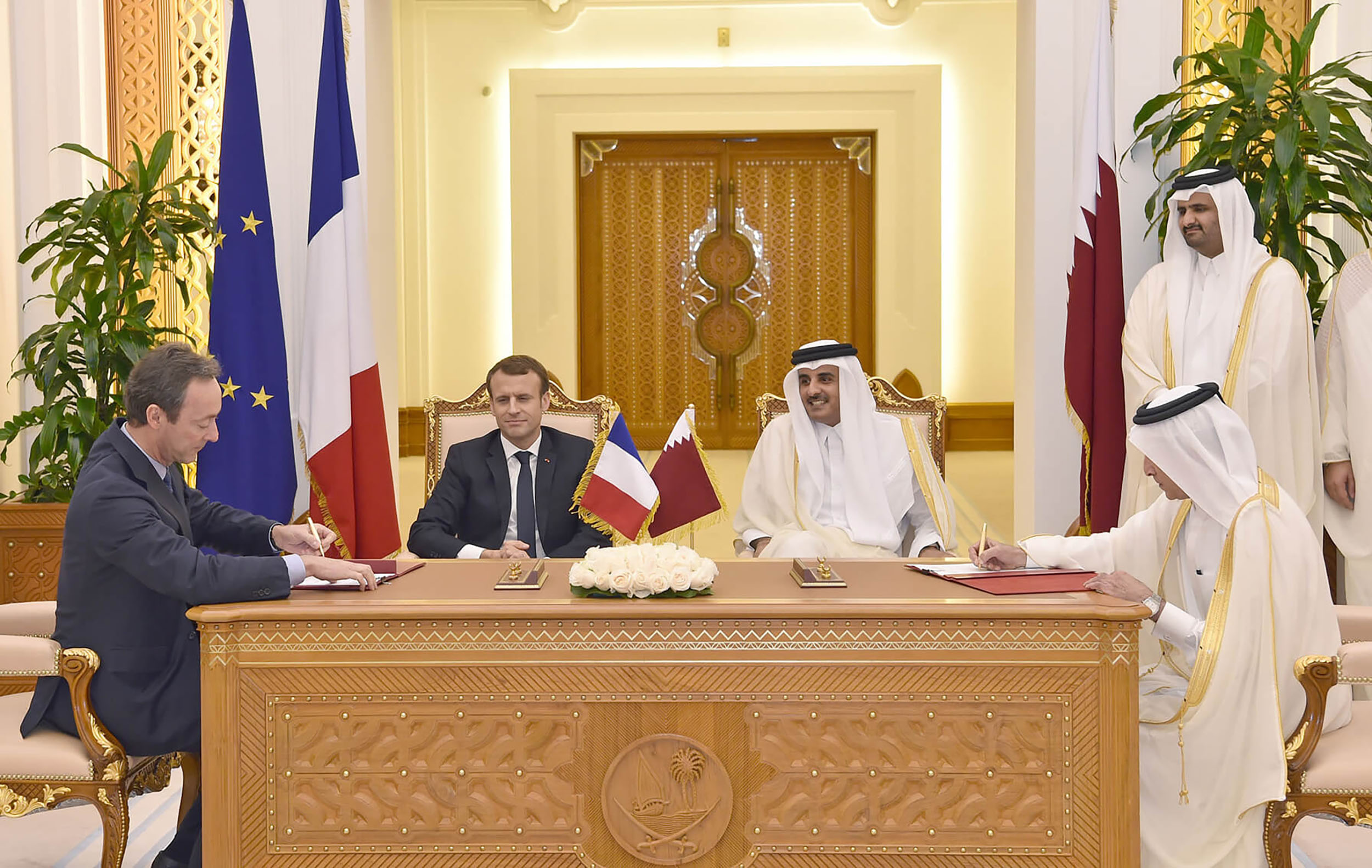 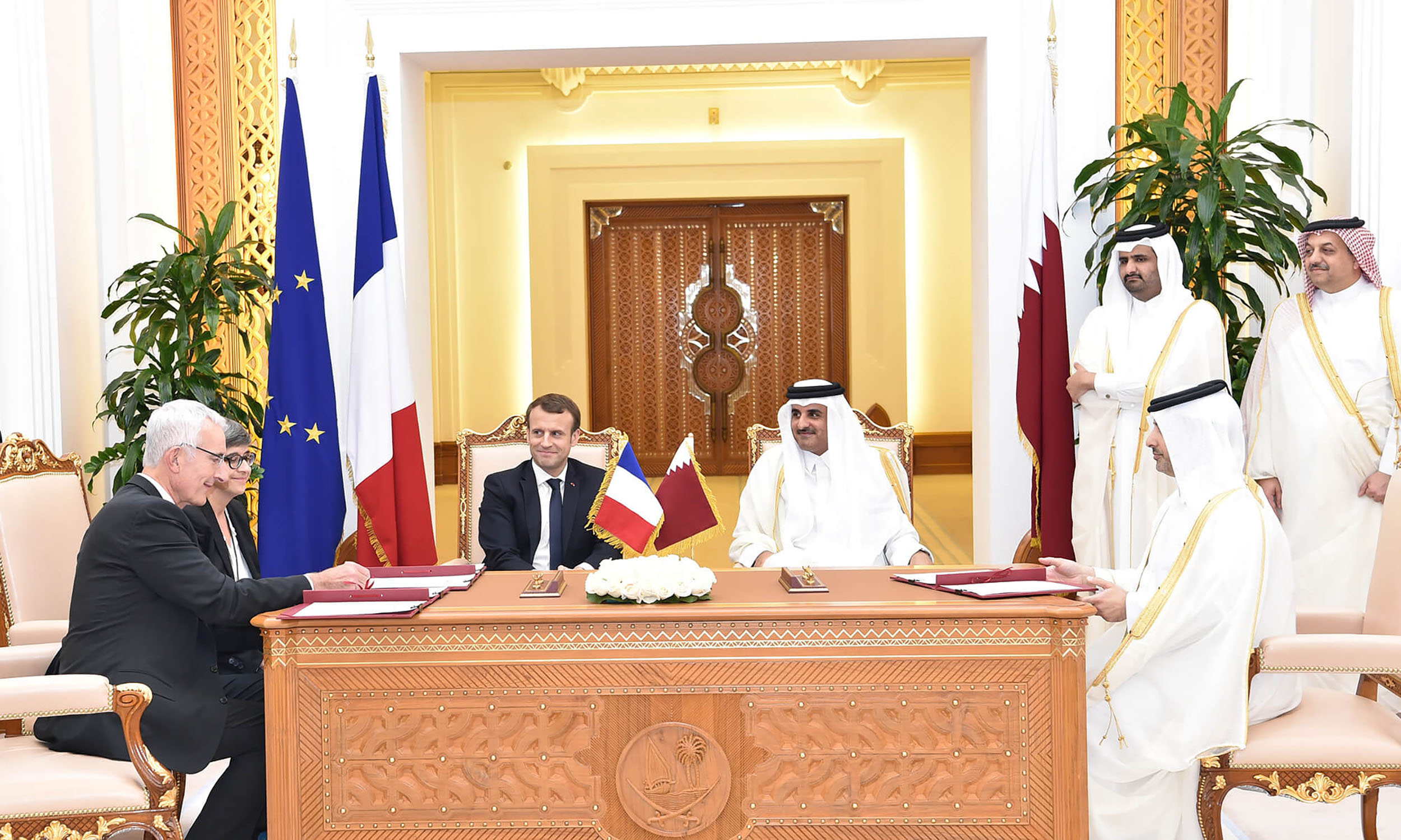 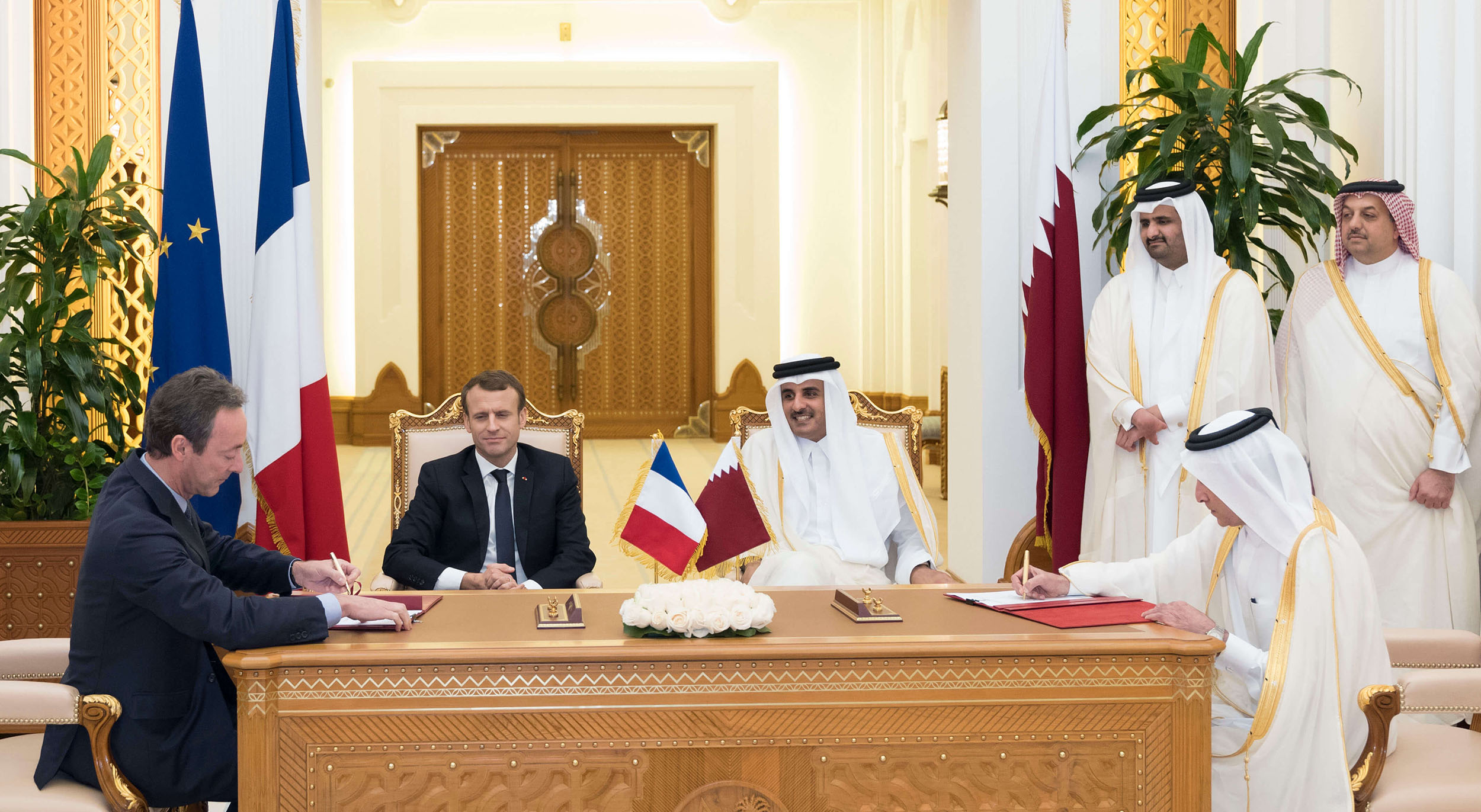 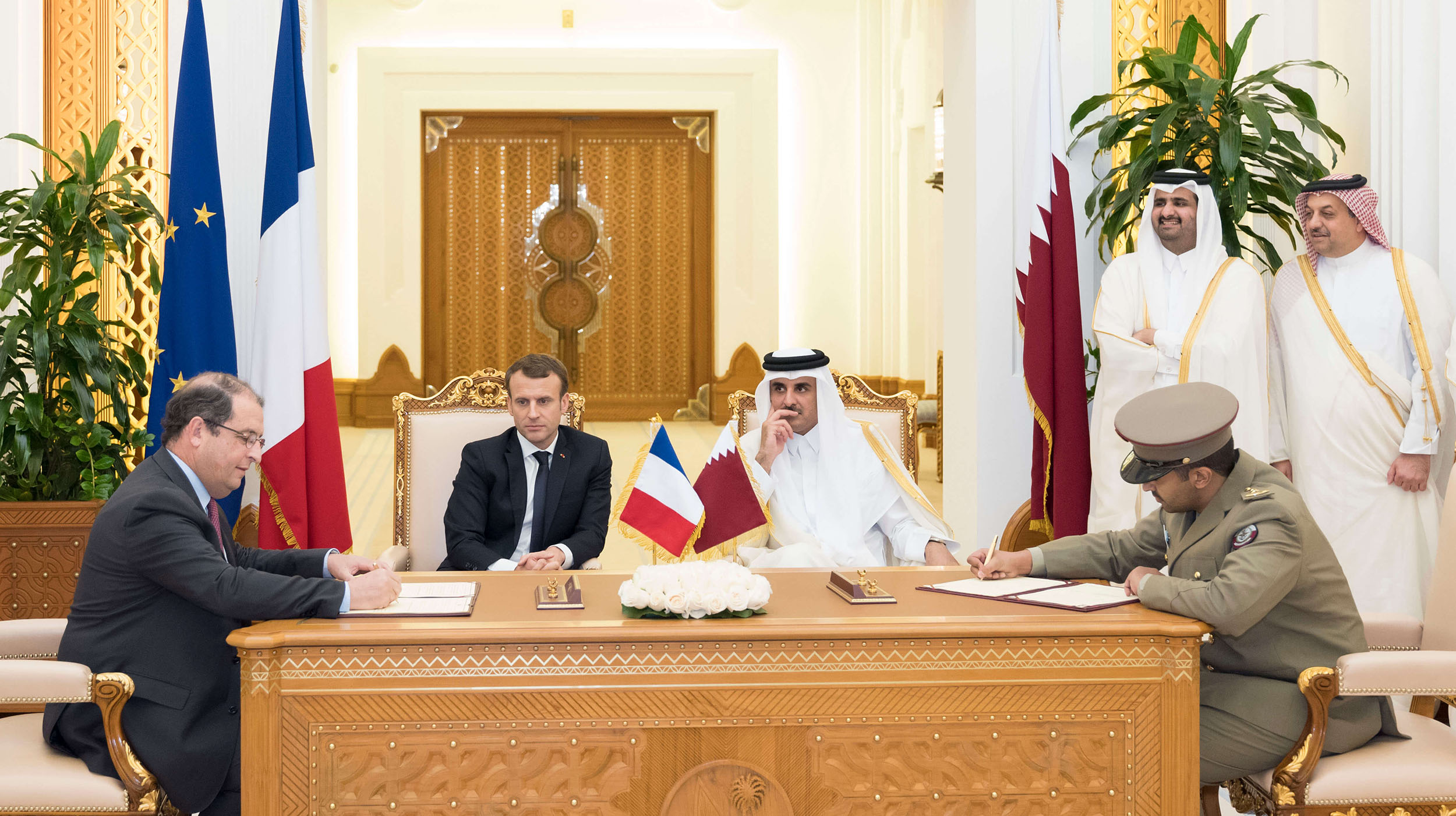 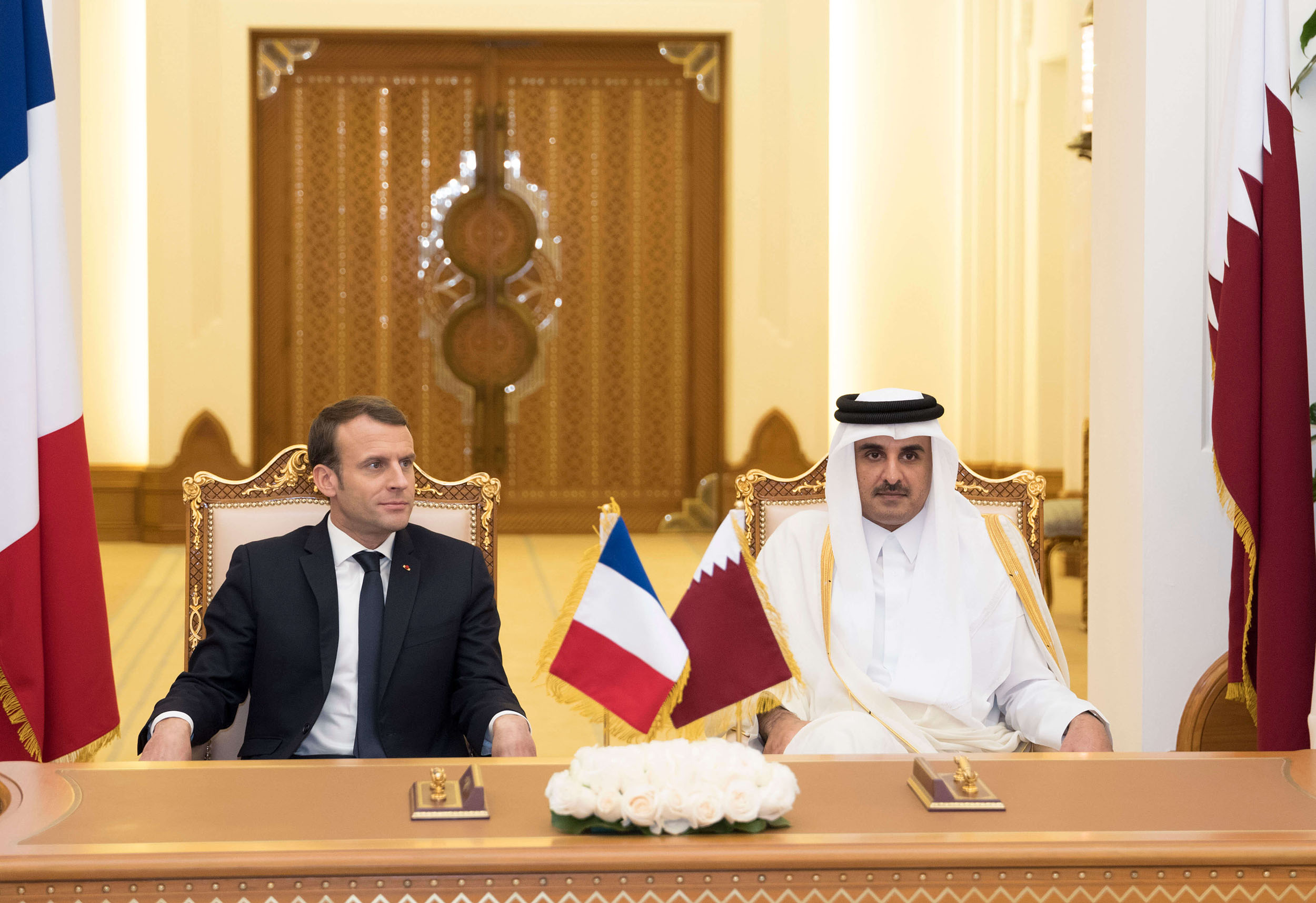 His Highness The Amir Sheikh Tamim bin Hamad Al Thani and HE President of the French Republic Emmanuel Macron witnessed the signing of a number of Agreements and memorandums of Cooperation between both countries.

HH The Amir and HE the President witnessed the signing of a letter of intent on fighting terrorism, which included a road map on strengthening the cooperation between Qatar and France to fight terrorism and its financing, and combat extremism.

In addition, they witnessed the signing of a memorandum of commitment and mutual cooperation to provide services for Qatar metro and Lusail tram between Qatar Railways Company (Qatar Rail) and an alliance of French national railway corporation (SNCF) and autonomous operator of Parisian transports (RATP).

HH The Deputy Amir Sheikh Abdullah bin Hamad Al Thani attended the signing along with a number of Their Excellencies the ministers.

On the French side, a number of Their Excellencies the ministers and senior officials accompanying HE the President were present.