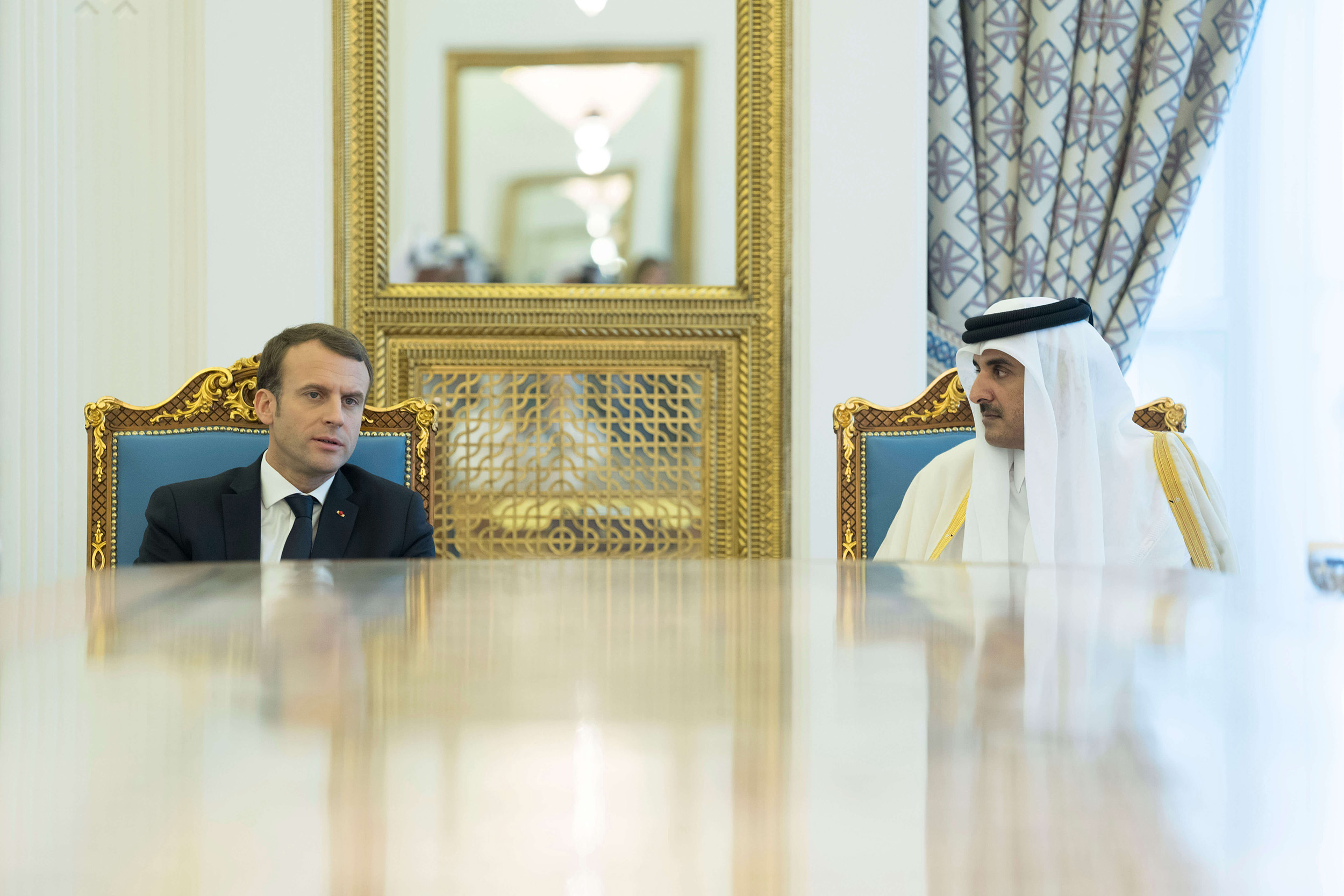 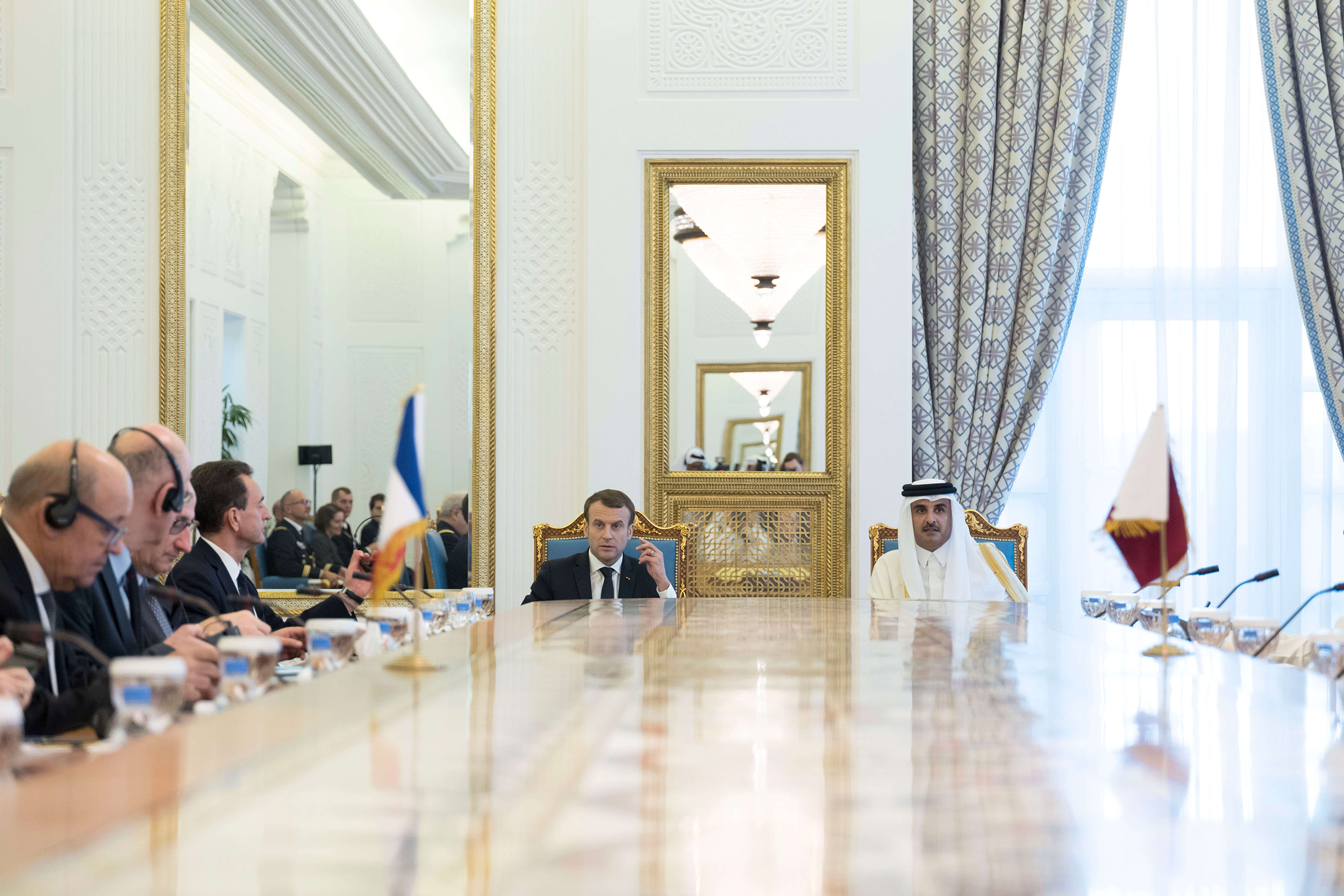 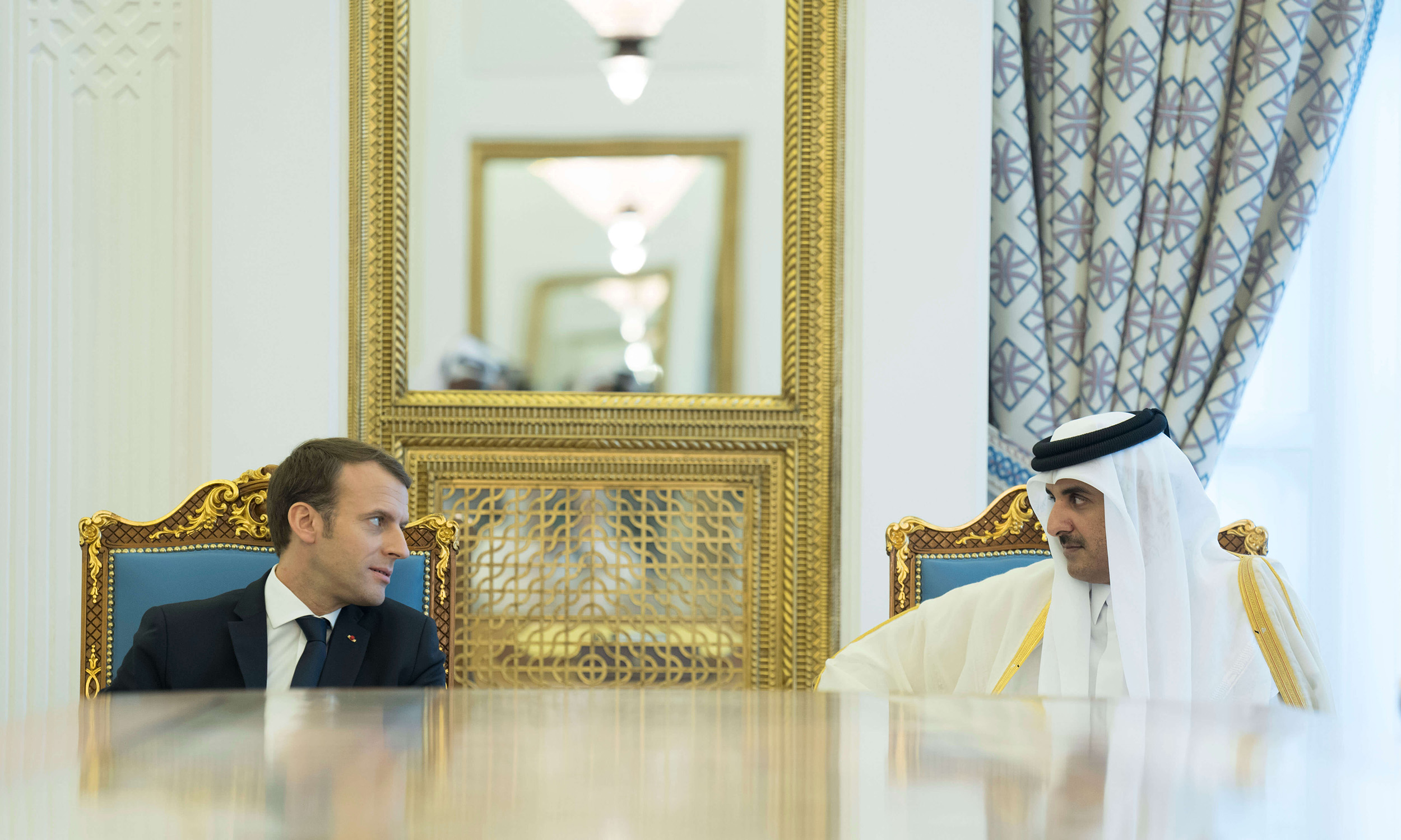 His Highness The Amir Sheikh Tamim bin Hamad Al Thani and HE President Emmanuel Macron of the French Republic attended the first session of the high-level bilateral dialogue on counter-terrorism between the State of Qatar and the French Republic, on the letter of intent to combat terrorism and its financing, and on strengthening cooperation between France and Qatar to fight terrorism and extremism, at the Amiri Diwan today.

At the beginning, HH The Amir welcomed HE the French President at this important meeting on the cooperation between France and Qatar in the fight against terrorism and its development in this field. HH The Amir pointed out that this meeting is the first of this size, noting that there will be follow-up committees for this in the future.

HH The Amir said that he and HE the President talked about the best ways to combat terrorism, eradicate its roots and how to get rid of it. His Highness expressed hope that this meeting would produce positive results in the future.

HE the President said that France had suffered from terrorism and had paid a heavy price for it, where it had been subjected to dozens of attacks that left 240 dead. HE the French President said that the fight against terrorism is a national and international priority and requires systematic action to achieve an overwhelming and final victory over terrorism in countries such as Syria, Iraq, the Sahel countries and Europe.

HE the French President also called for the establishment of a dialogue and a road map to prevent the financing of terrorists as a method of action pending the counter-terrorism conference to be held in Paris in April 2018.

The meeting follows the signing of the Letter of Intent to Combat Terrorism and its Financing, and the joint cooperation between the State of Qatar and the French Republic on the fight against terrorism and the building of joint mechanisms and frameworks for drying up and eradicating sources of funding and preventing extremism. The parties affirmed their willingness to continue cooperation and joint action in light of the mobilization conference against the financing of terrorism to be organized by the French Republic in early 2018.

The meeting was attended by HH The Deputy Amir Sheikh Abdullah bin Hamad Al Thani, as well as a number of Their Excellencies the Ministers.

On the French side it was attended by the members of the official delegation accompanying HE the President.