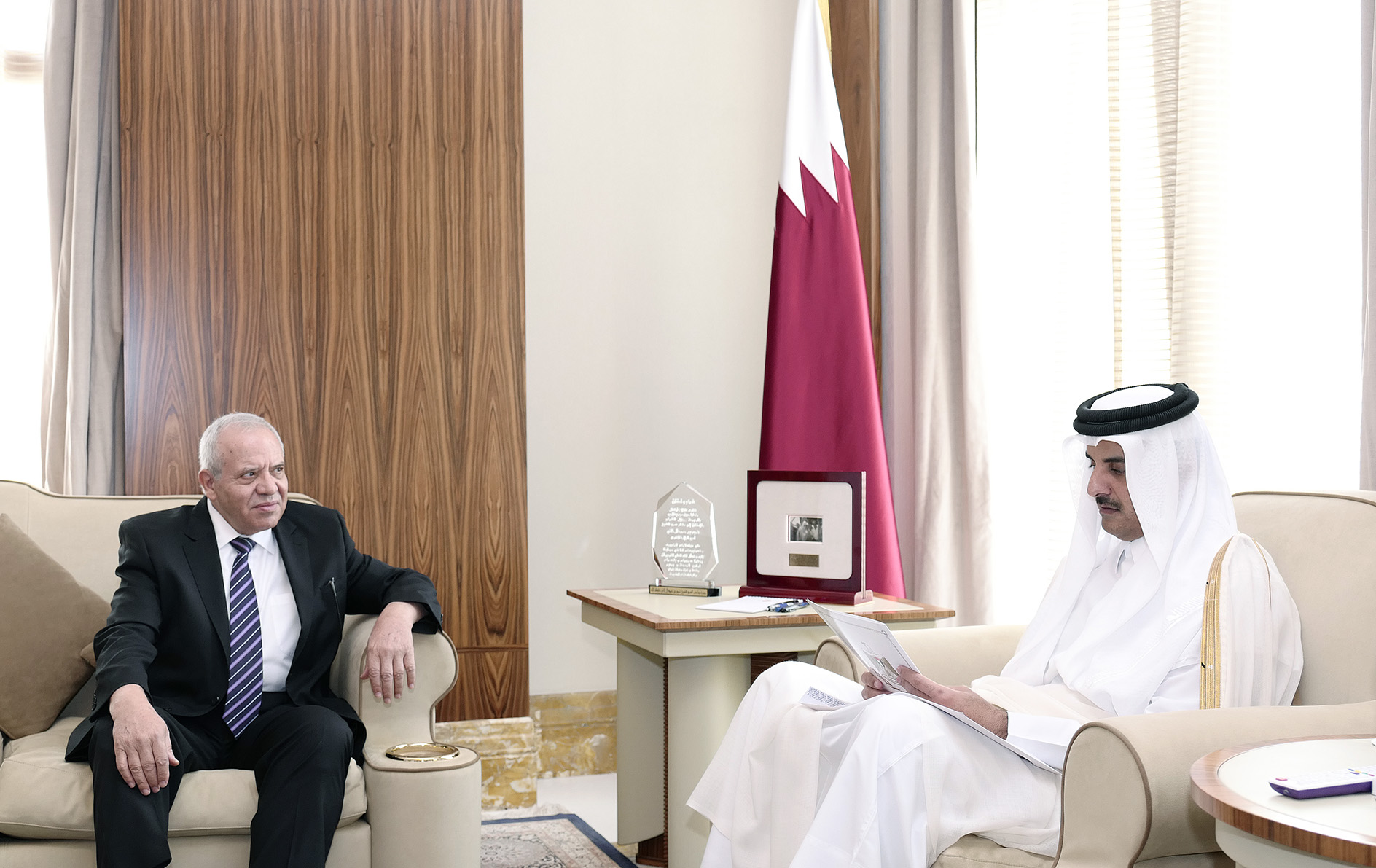 His Highness The Amir Sheikh Tamim bin Hamad Al Thani received a written message from HE Mahmoud Abbas, President of the State of Palestine, pertaining to the latest developments in the Palestinian arena and the US administration’s endeavor to recognize Jerusalem as the capital of Israel or to transfer the US Embassy in Israel from Tel Aviv to Jerusalem.

HE Mounir Abdullah Ghannam, Ambassador of Palestine to Qatar, delivered the message during a meeting with HH The Amir at Al Bahr Palace earlier Tuesday.

During the meeting, HH The Amir affirmed the State of Qatar's steadfast stance towards the Palestinian cause in general and Jerusalem in particular given its religious and political importance to Arabs, Muslims and the world.