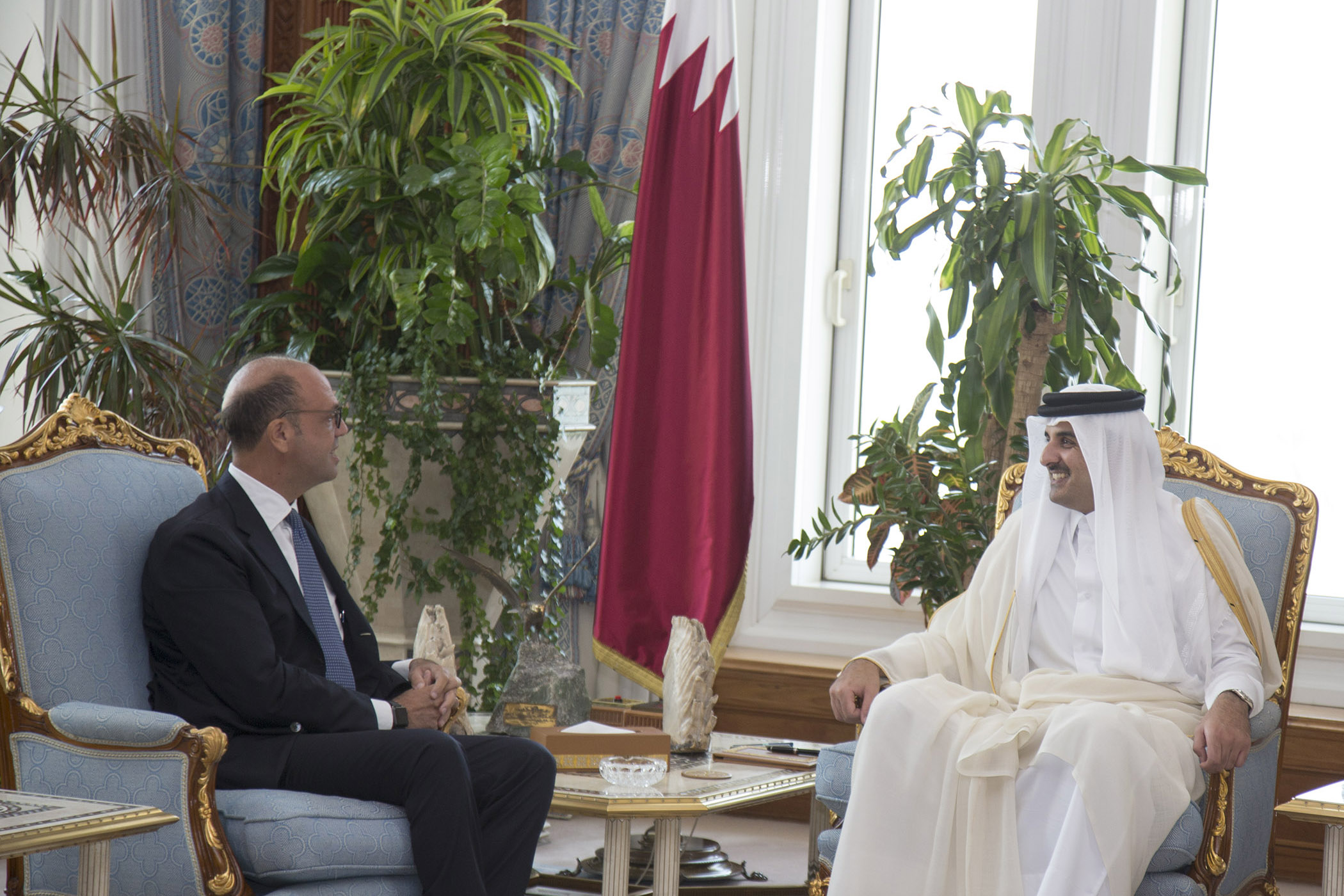 His Highness The Amir Sheikh Tamim bin Hamad Al Thani received on Wednesday in his Office at the Amiri Diwan HE Angelino Alfano, Minister of Foreign Affairs and International Cooperation of the Italian Republic, and his accompanying delegation.

The two sides discussed current developments in the regional and international arenas, in particular the Gulf crisis, where the Italian Foreign Minister affirmed his country's support for Kuwait's efforts to solve the crisis through constructive diplomatic dialogue.

They also discussed the situation in the region, especially developments in Libya and international efforts aimed at achieving the aspirations of the Libyan people and maintaining the security and stability of the country.

The meeting further reviewed relations of cooperation between the two countries and means of developing and promoting them in various fields.