HH The Amir Receives US Secretary of Defense 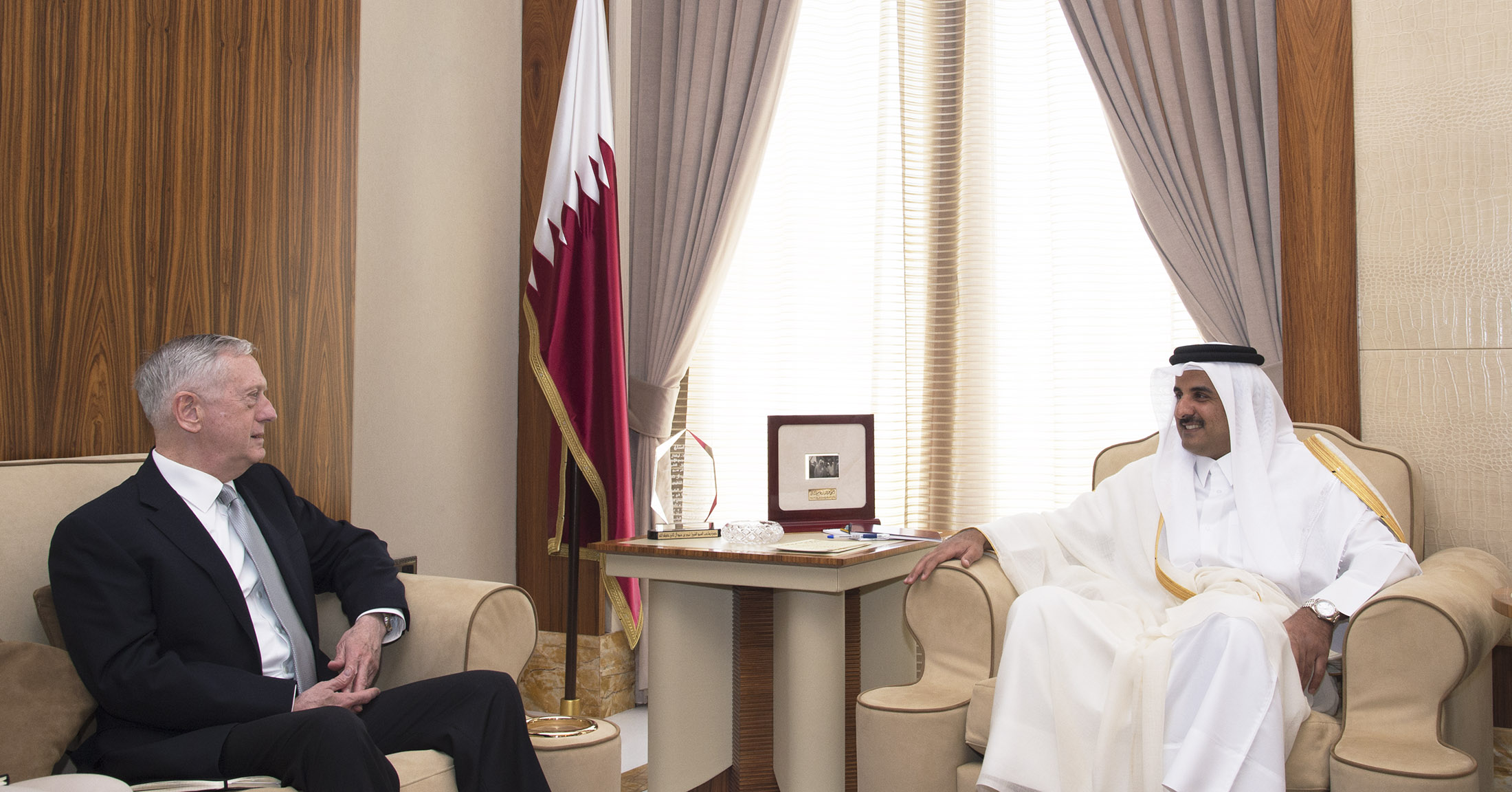 His Highness The Amir Sheikh Tamim bin Hamad Al Thani received at his office in Al Bahr Palace on Saturday HE US Secretary of Defense James Mattis and his accompanying delegation on the occasion of their visit to the country.

During the meeting, they reviewed the relations between the two friendly countries in various fields, including political, strategic and military, and means to strengthening them so as to achieve more cooperation and serve the interests of both sides.

Talks during the meeting also covered the latest regional and international developments, mainly the Palestinian and the Syrian issues, as well as the situation in Yemen and Libya.

The two sides discussed the international efforts to combat terrorism, violence and extremism.