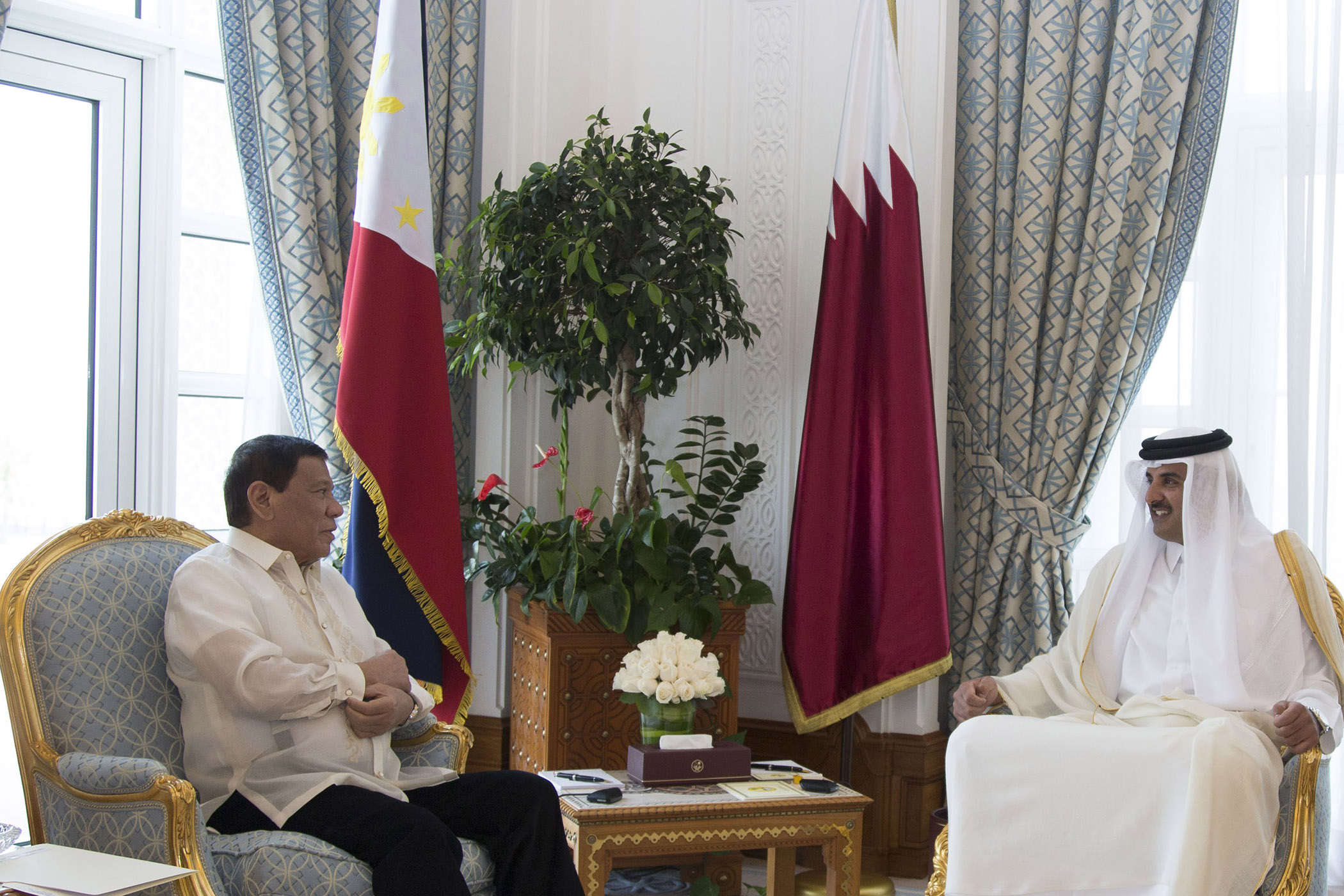 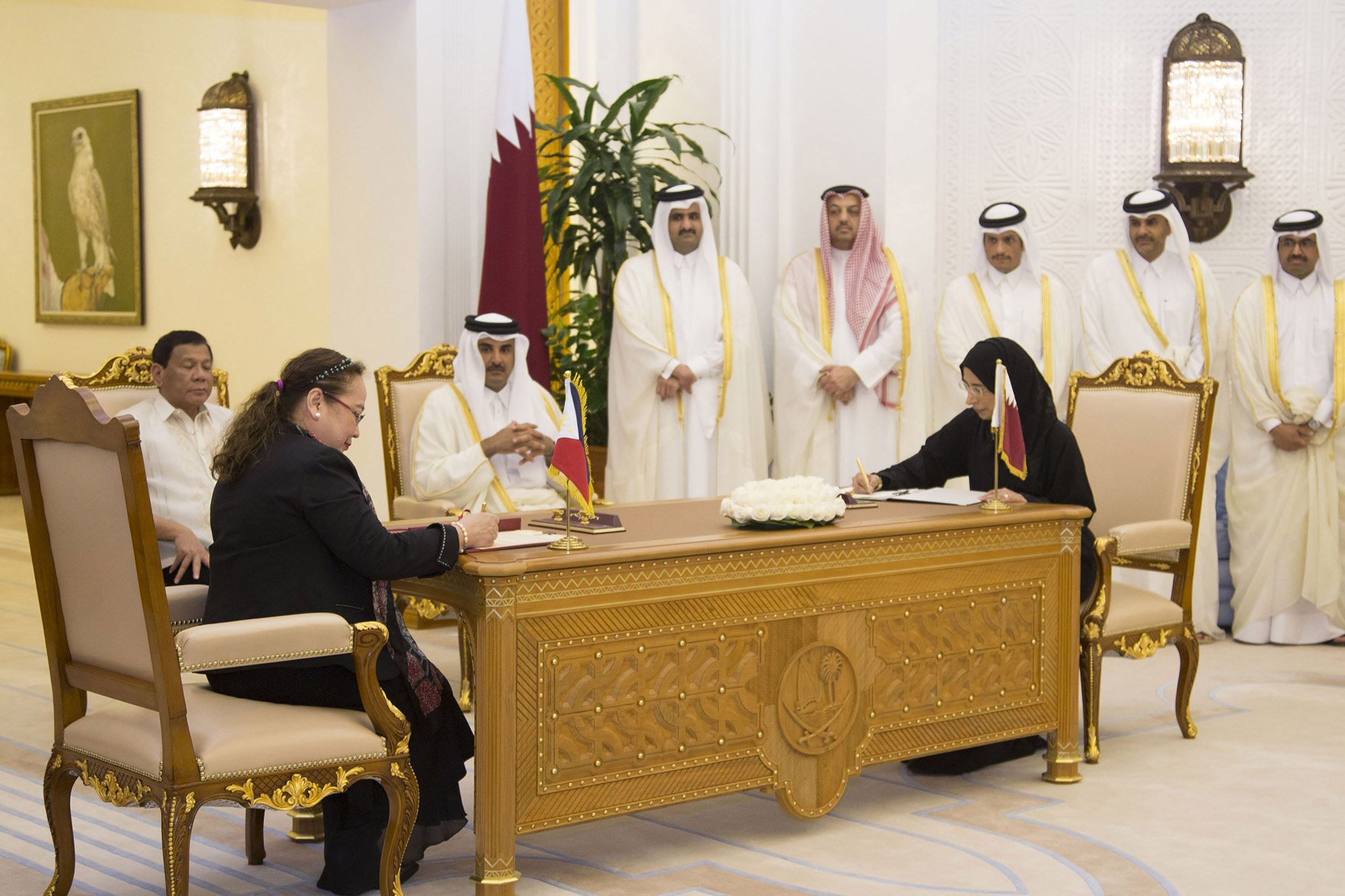 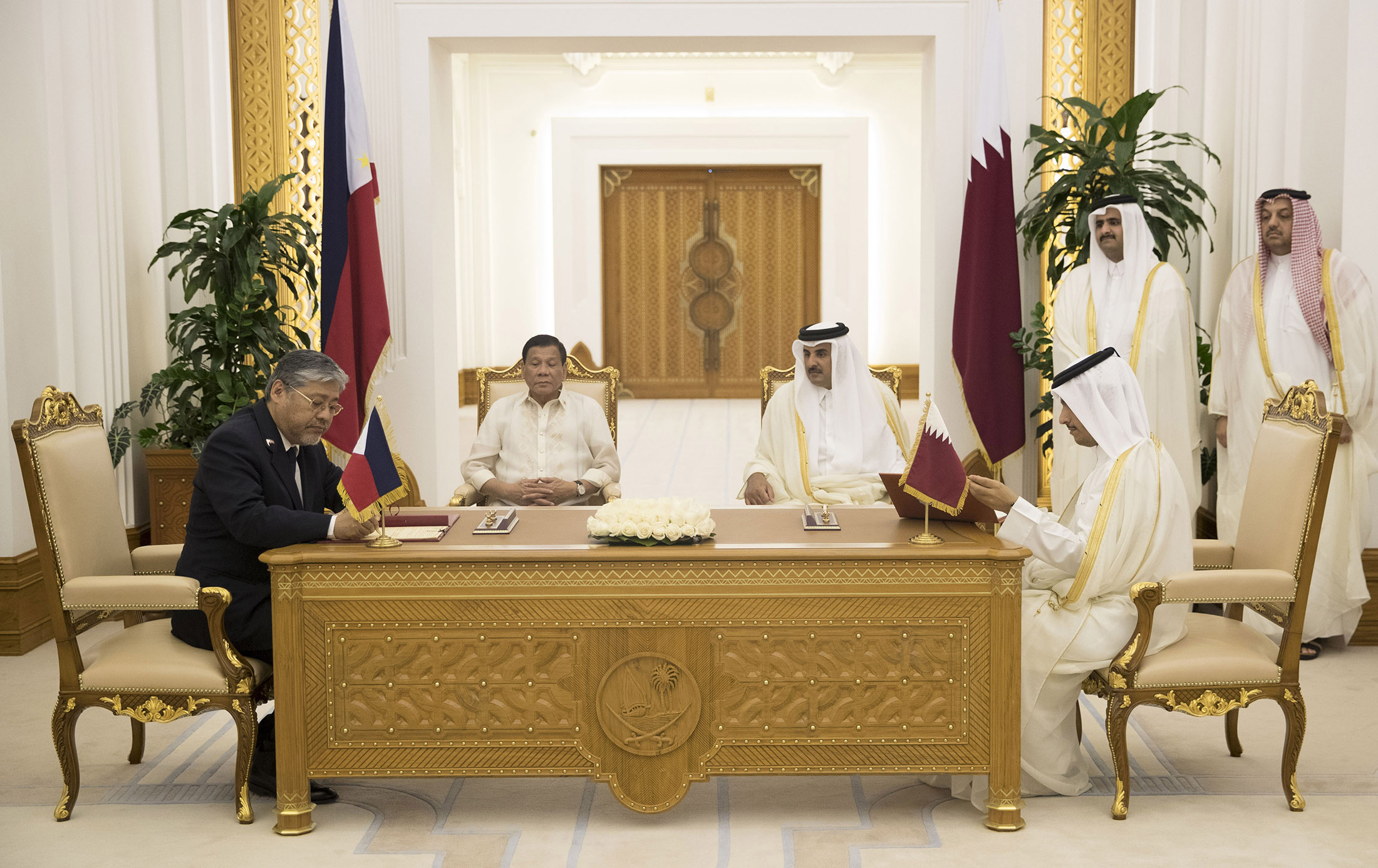 Qatar and the Philippines, led by HH The Amir Sheikh Tamim bin Hamad Al Thani and the President of the Republic of the Philippines Rodrigo Roa Duterte, held Sunday a round of official talks at the Amiri Diwan.

During the session they reviewed bilateral relations between the two countries and means of enhancing them in all fields, especially in infrastructure, agriculture, health and education investments, as well as increasing cooperation in the fields of experience exchange and expatriate labor.

The two sides also discussed a number of regional and international issues of common interest.

The session and signing of MoUs was attended by HH The Deputy Amir Sheikh Abdullah bin Hamad Al Thani and a number of Their Excellencies the Ministers.

From Philippine's side, the talks were attended by the members of the official delegation accompanying President Duterte.

The President of Philippine arrived earlier today to the Amiri Diwan, where he was met with an official reception ceremony.