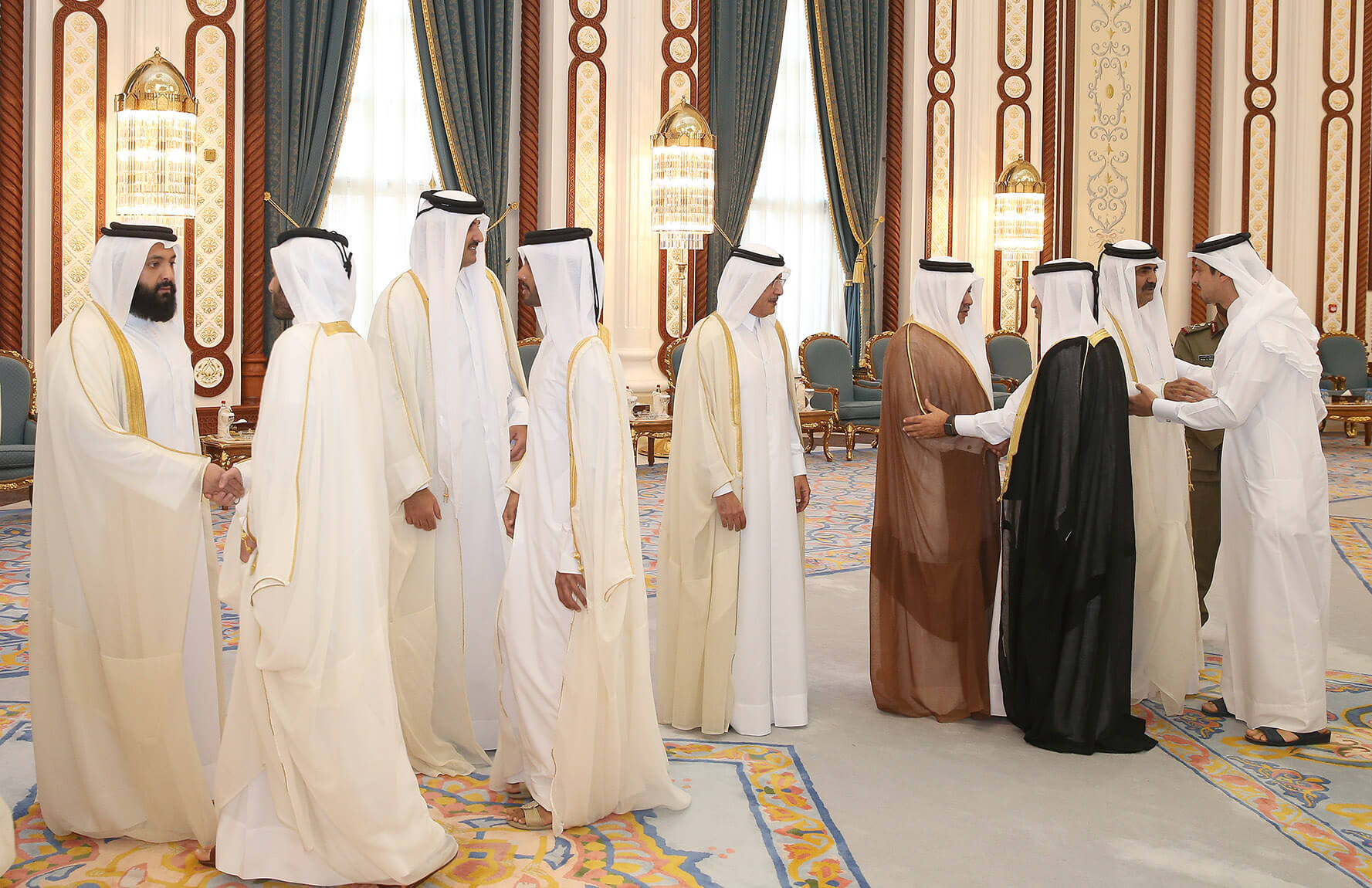 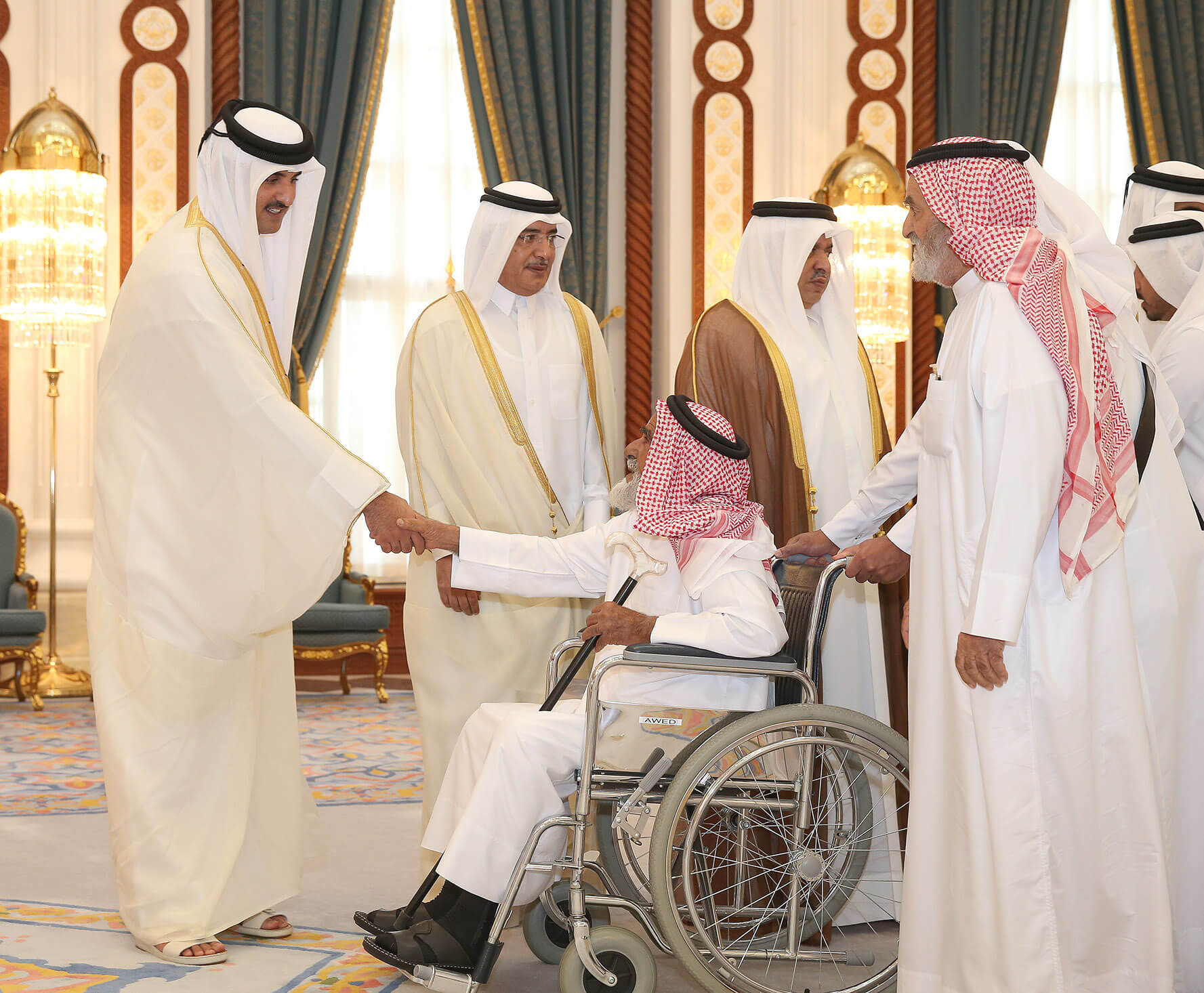 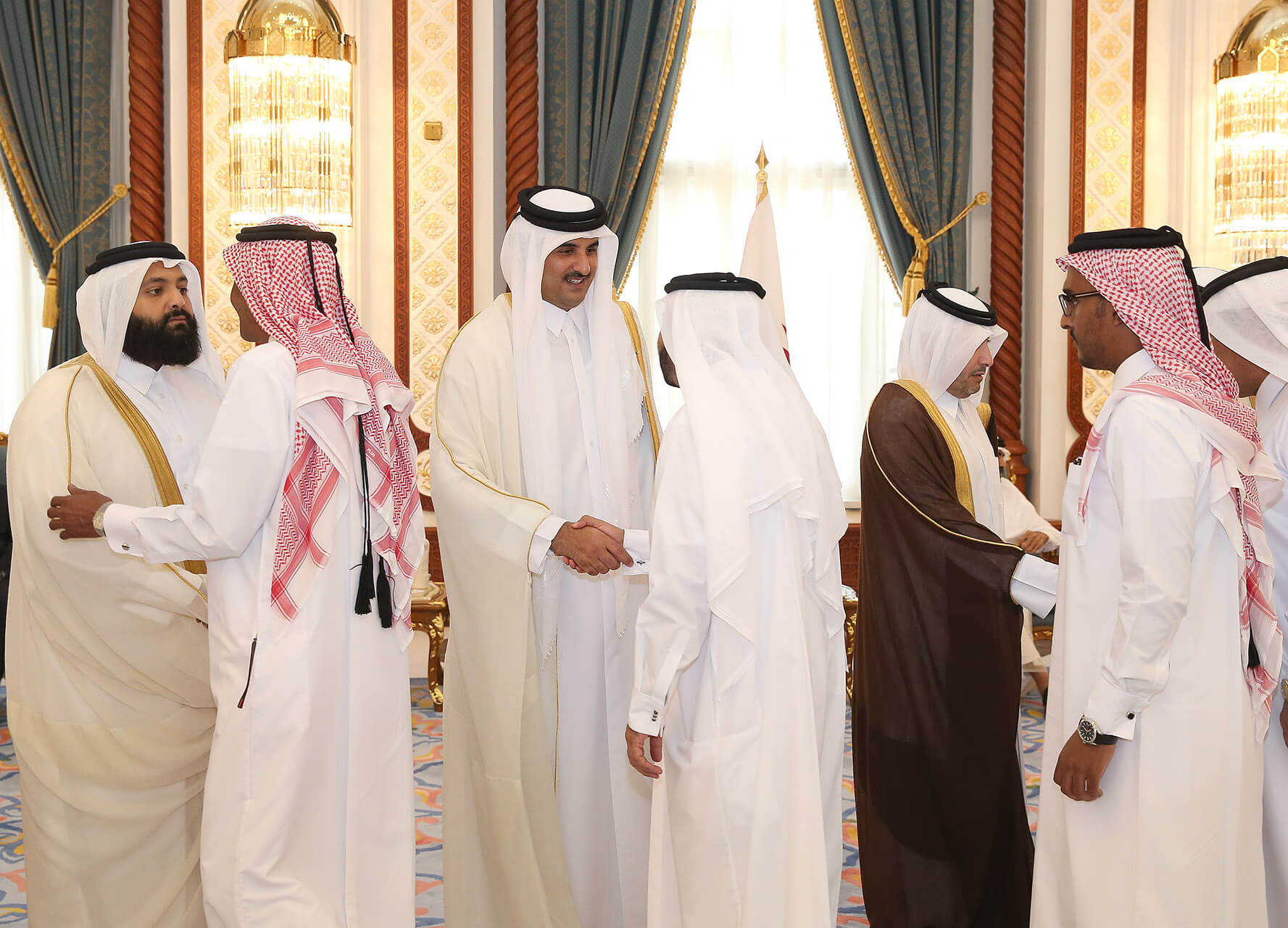 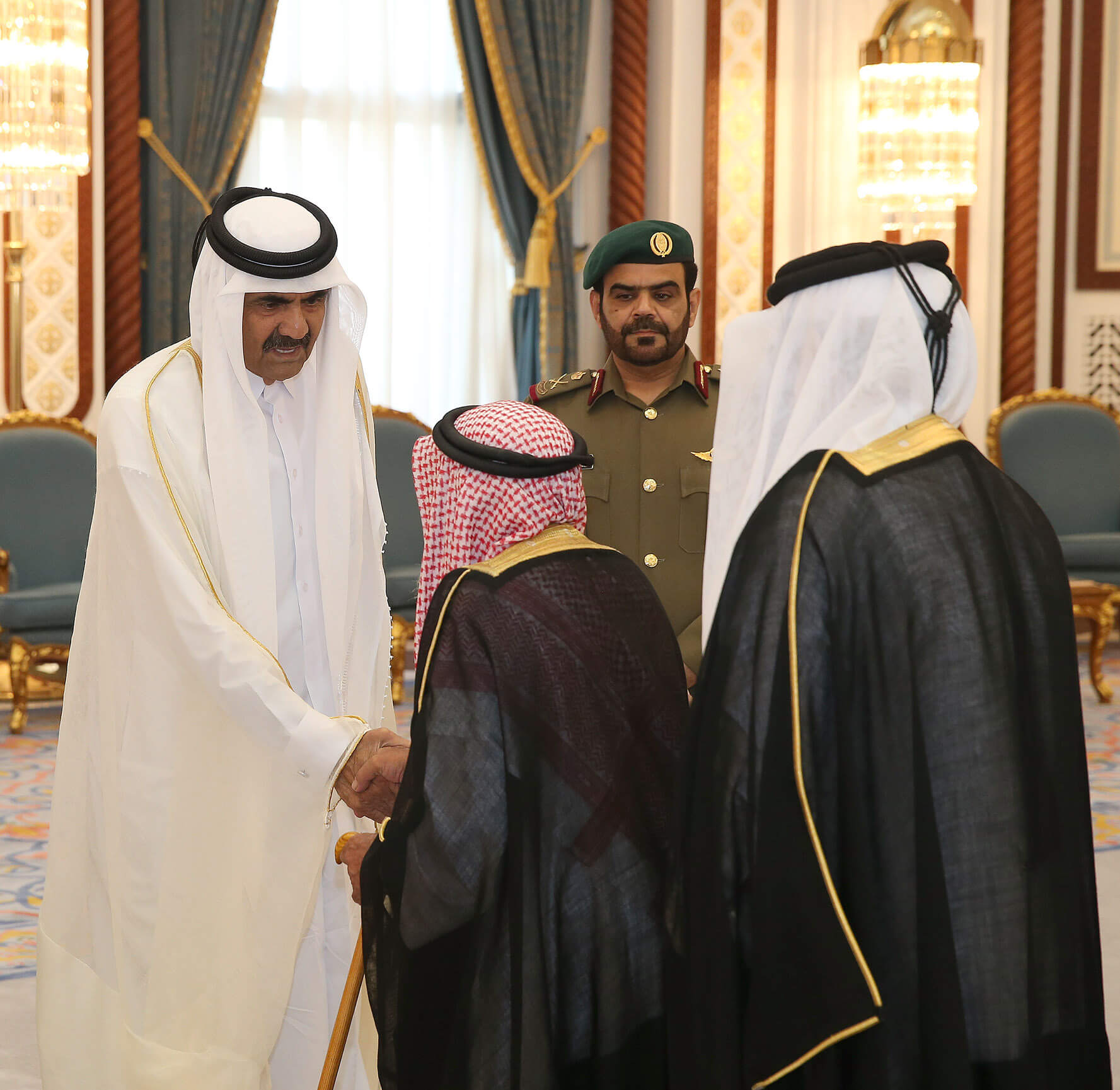 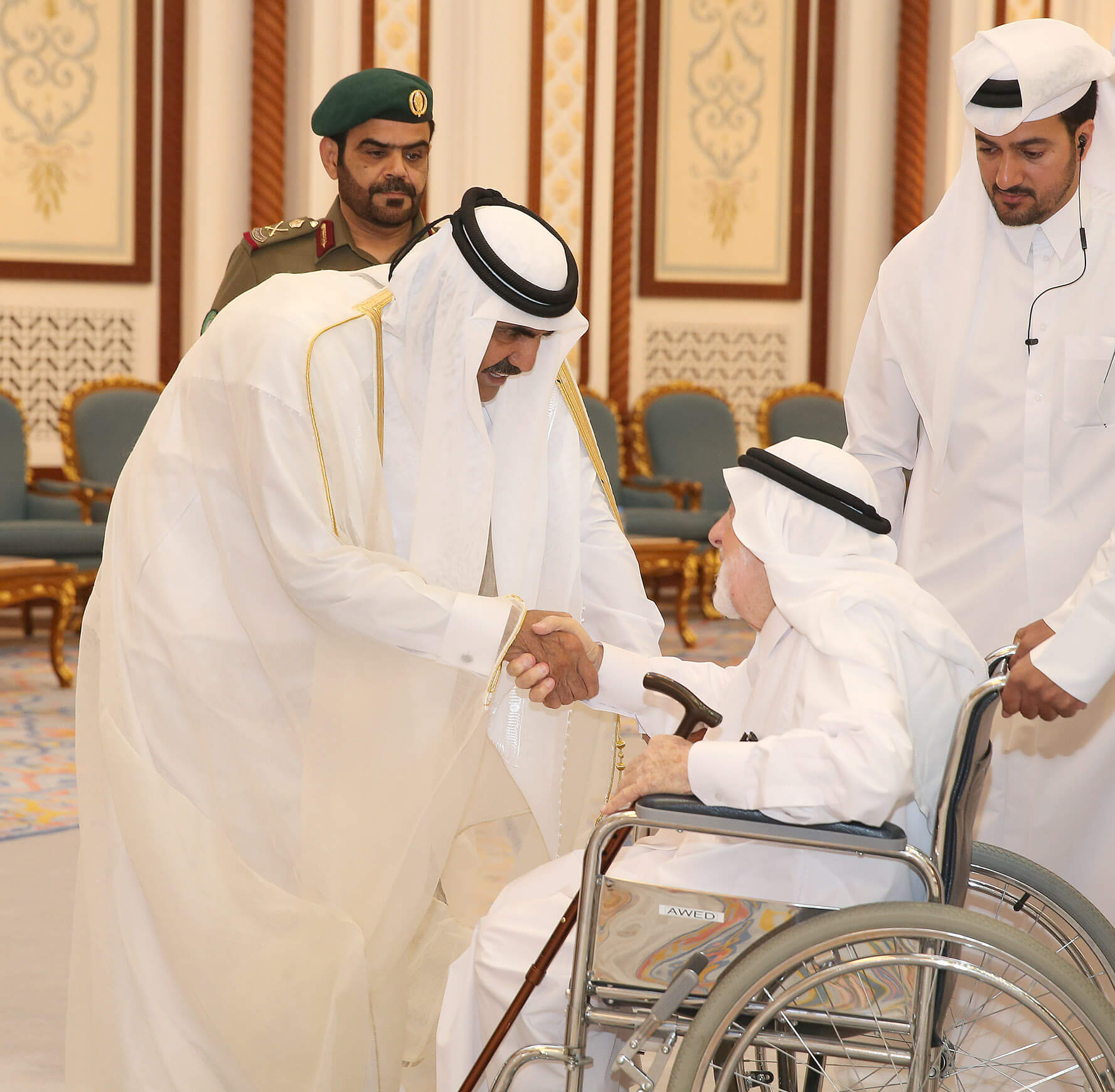 HH The Amir and HH the Father Amir received Their Excellencies Sheikhs, Ministers, dignitaries and citizens who prayed for Allah to have mercy on his soul and make his residence paradise.