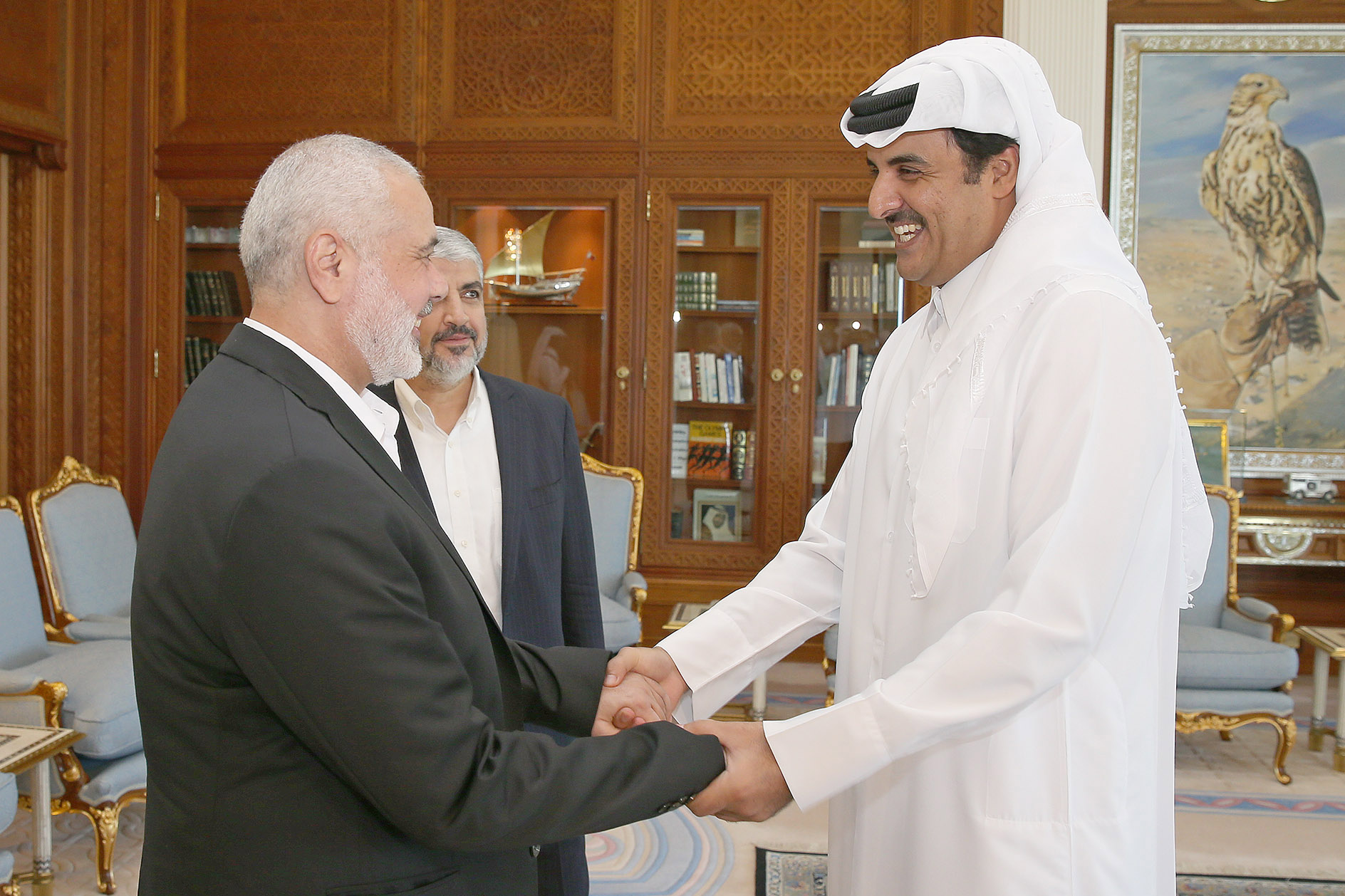 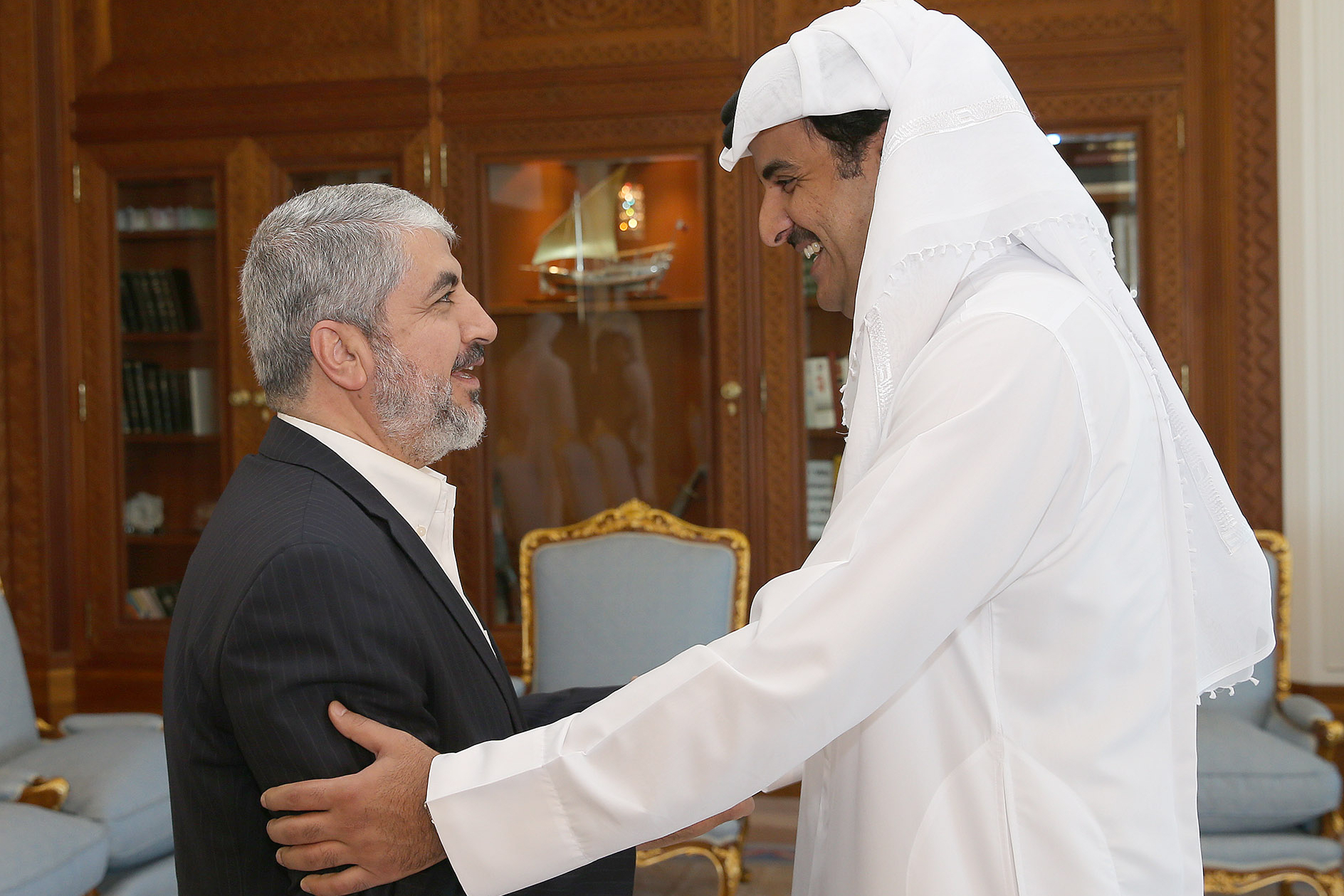 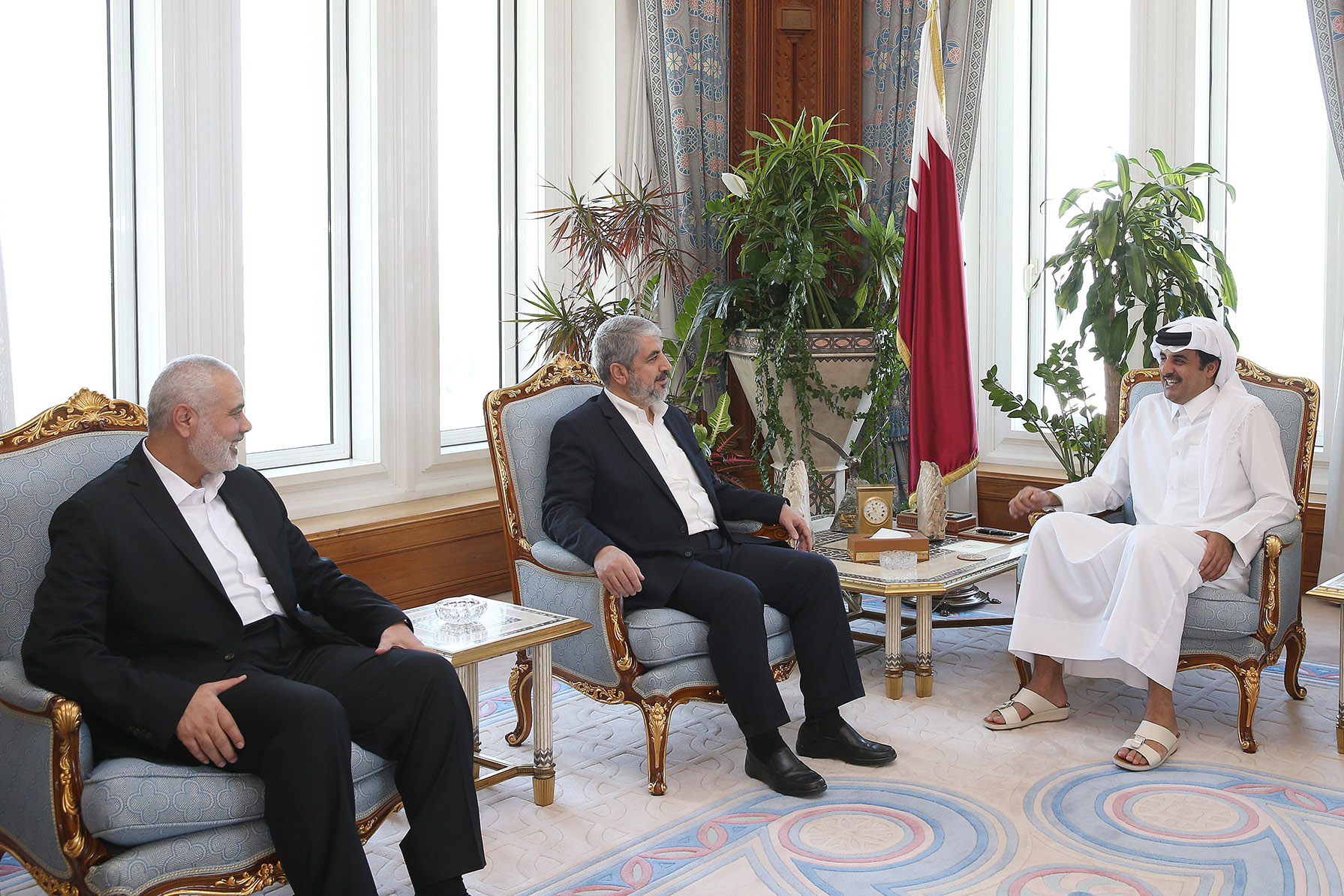 His Highness The Amir Sheikh Tamim bin Hamad Al Thani received today at the Amiri Diwan Chief of the Islamic Resistance Movement of Palestine (Hamas), Khaled Meshaal, his Deputy Ismail Haniyah and the accompanying delegation on the occasion of their visit to the country.

HH The Amir reiterated Qatar’s firm stance in support of the Palestinian cause for achieving its legitimate claims, especially to Gaza Strip in its steadfastness against the Israeli occupation.

Talks also dealt with the latest developments in Palestine, particularly in the Gaza Strip.