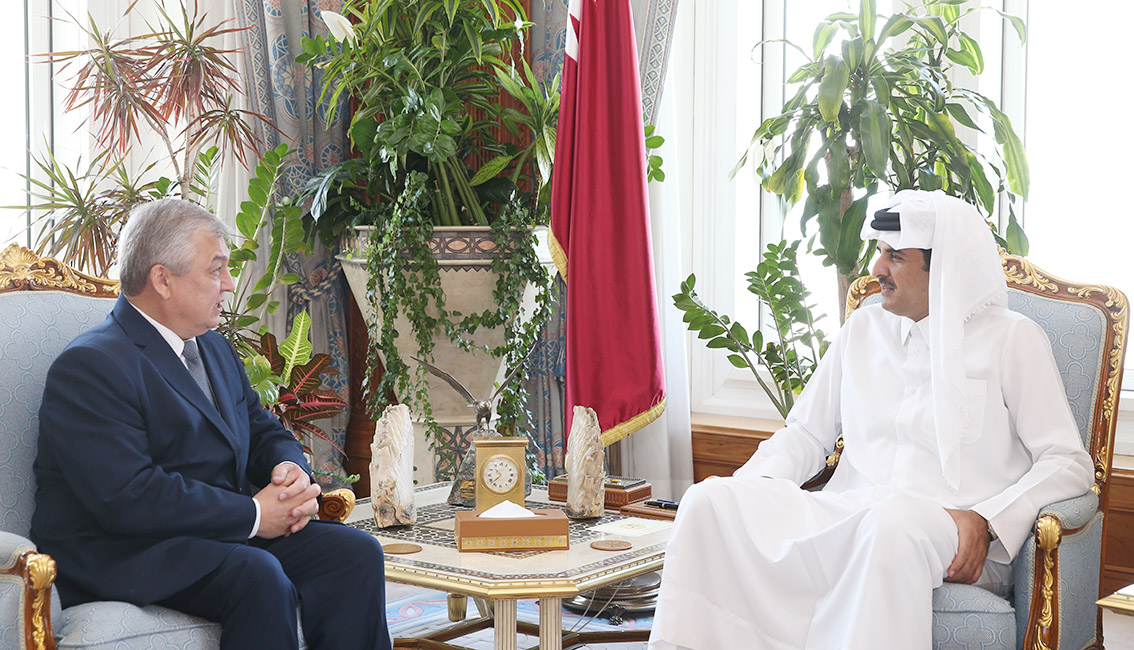 His Highness The Amir Sheikh Tamim bin Hamad Al Thani received a verbal message from Russian President Vladimir Putin, dealing with bilateral relations between the two countries and issues of common concern, particularly the situation in Syria and what is happening in the city of Aleppo in particular, and the need to find a solution to the Syrian crisis.

The message was conveyed by Russia's special envoy for Syria Alexander Lavrentiev during a meeting with HH The Amir in his office at the Amiri Diwan today.