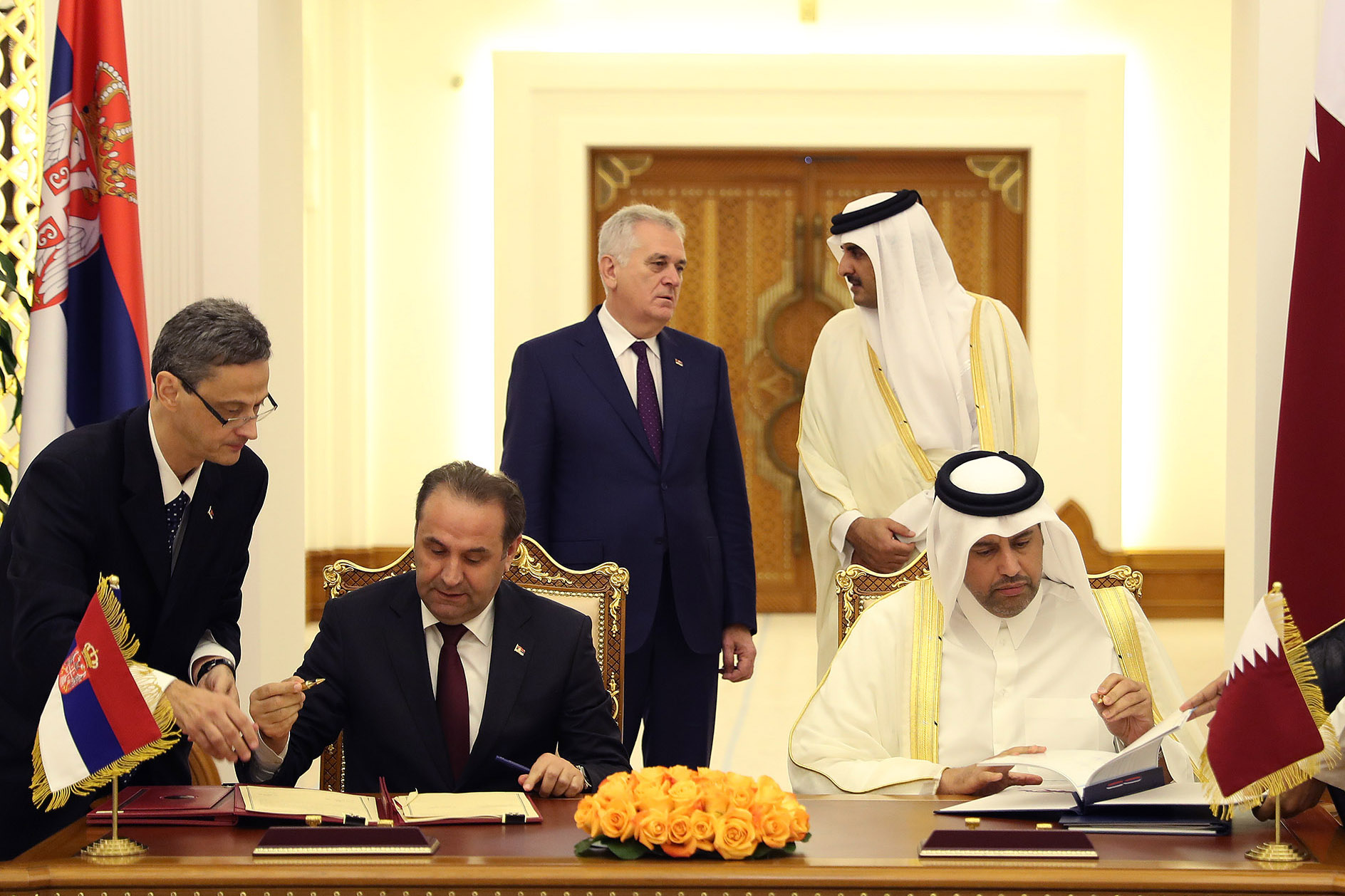 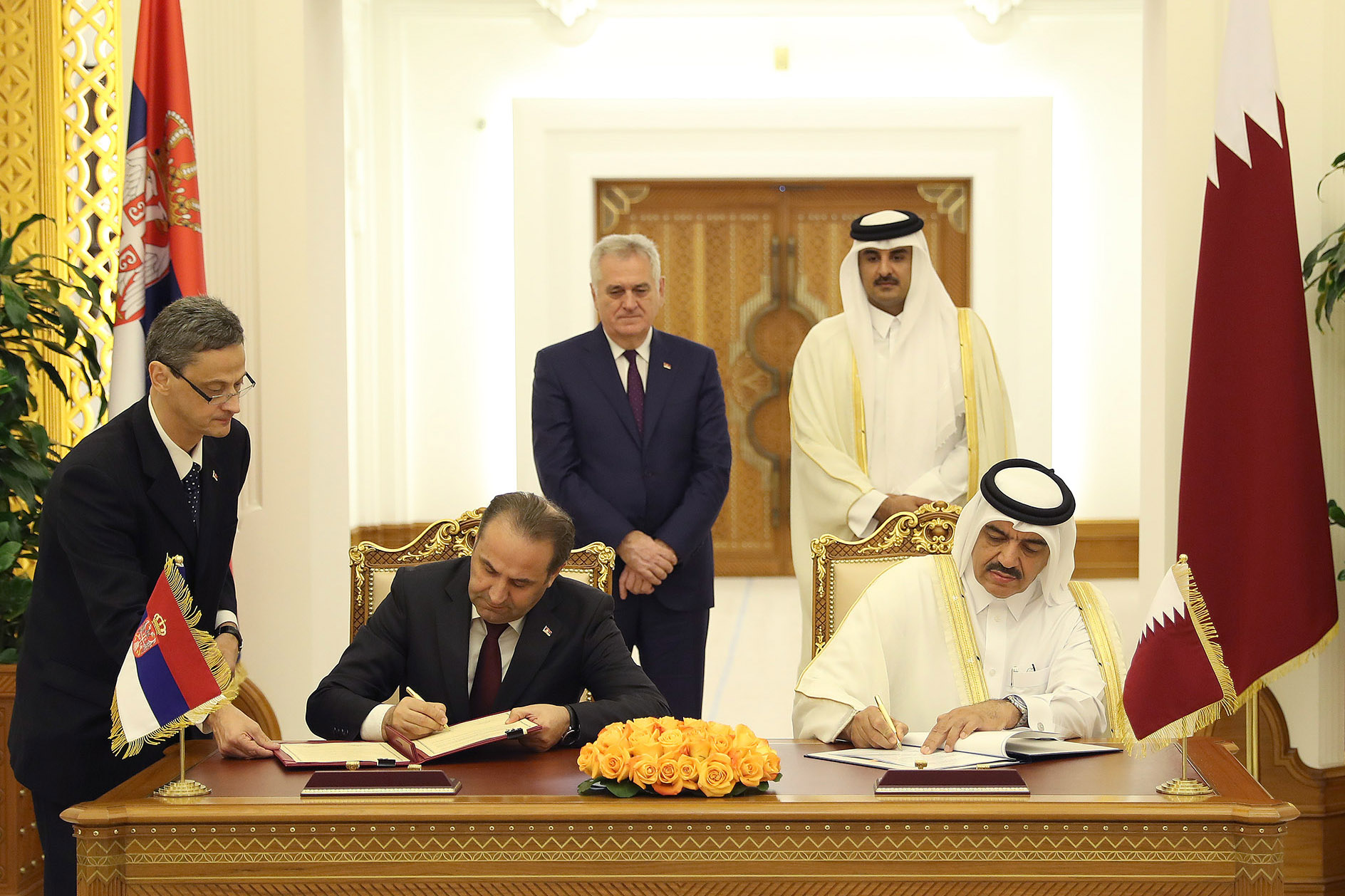 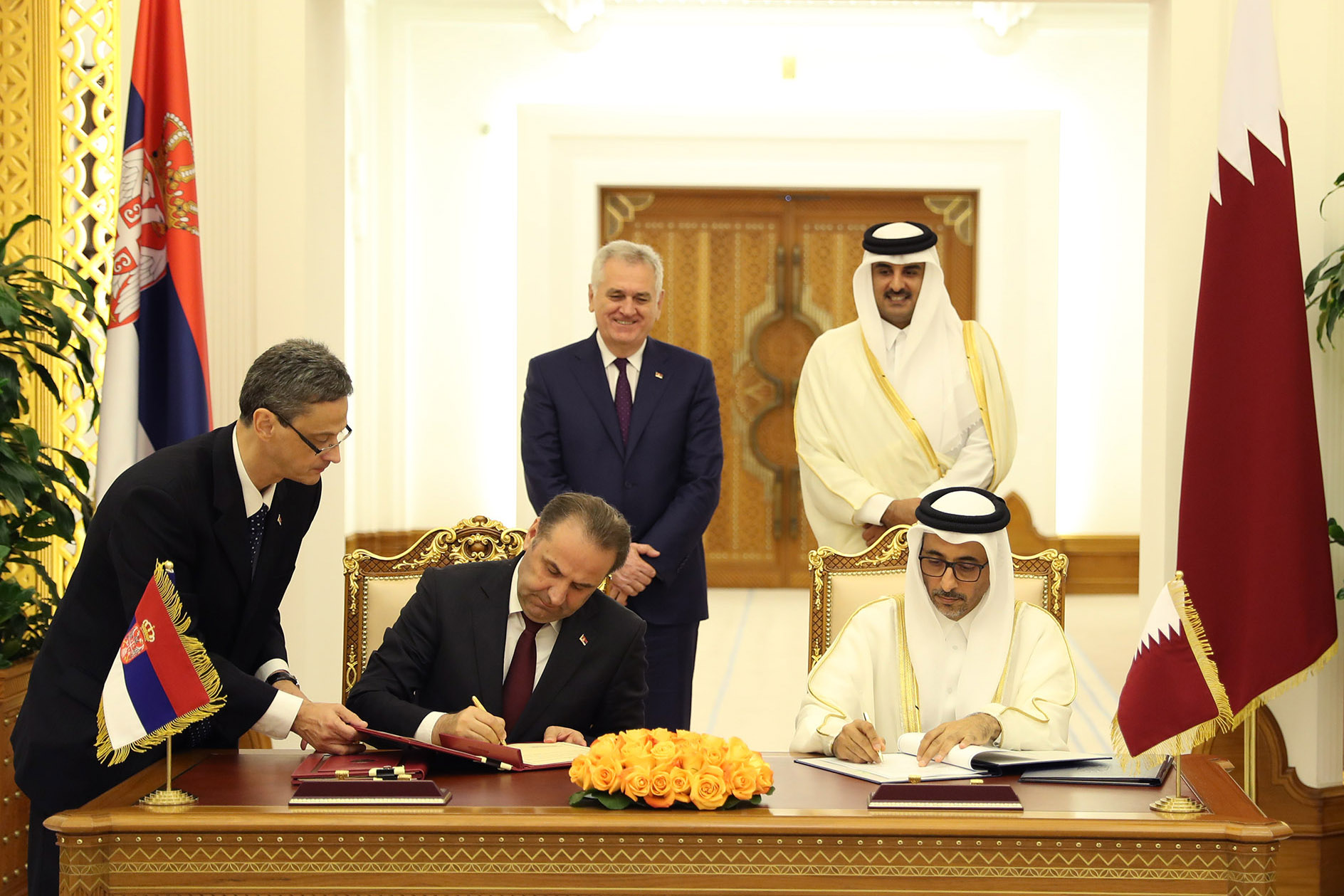 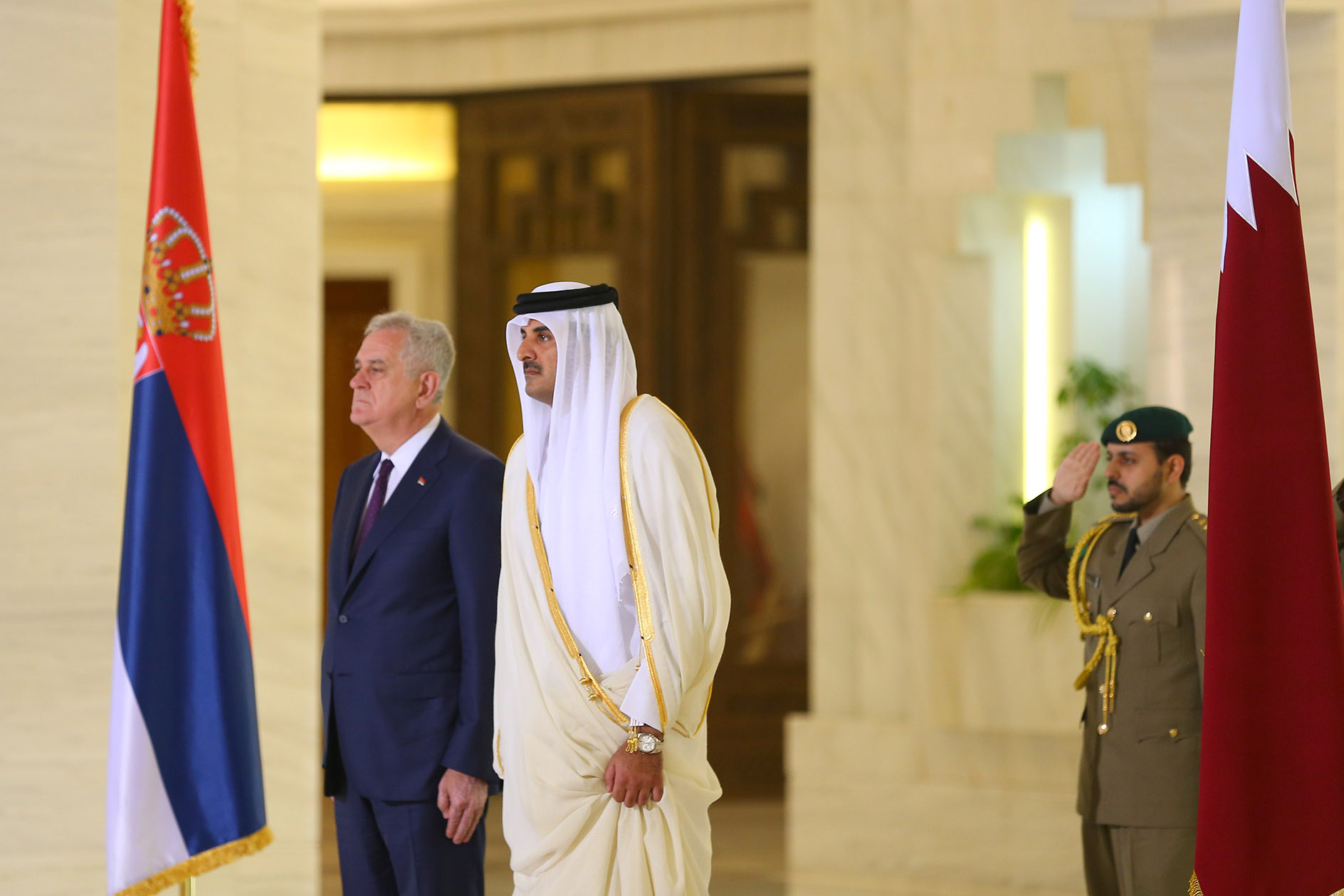 His Highness The Amir Sheikh Tamim bin Hamad Al Thani held on Monday at the Amiri Diwan a round of official talks with President of the Republic of Serbia Tomislav Nikolic.

The talks reviewed bilateral relations between the two countries and means of boosting and developing them, particularly in the fields of trade, investment, culture and agriculture, and discussed a set of regional and international issues of common concern, especially developments in the Middle East.

After the session, HH The Amir and the Serbian President witnessed the signing of a number of agreements and memoranda of understanding between the two countries.

A number of Their Excellencies ministers attended the talks. Members of the official delegation accompanying the President were also present from the Serbian side.