HH The Amir Receives President of Libyan Government of National Accord 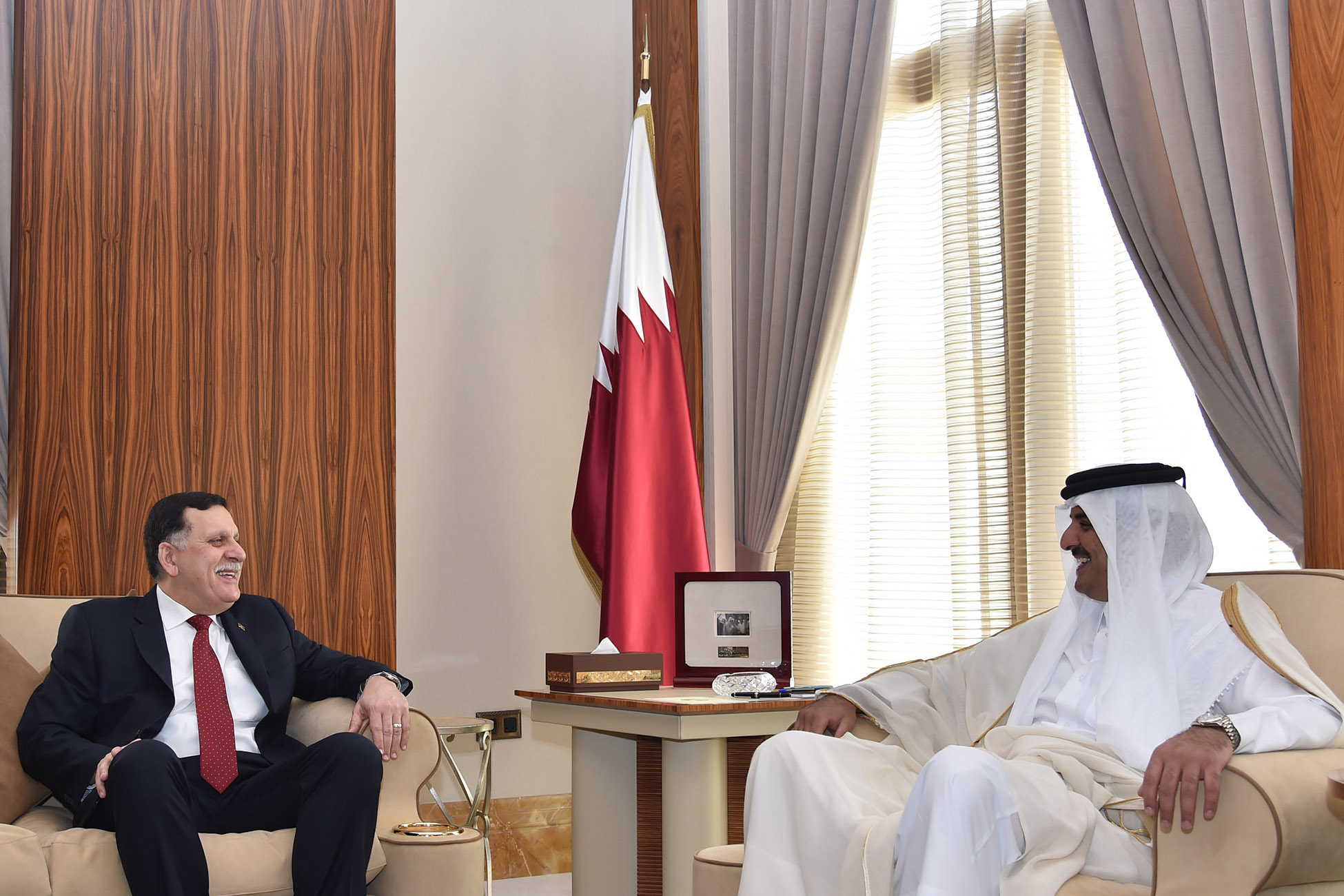 His Highness The Amir Sheikh Tamim bin Hamad Al Thani received at his office in Al Bahr Palace this morning President of the Libyan Presidency Council of the Government of National Accord Fayez Mustafa Al Sarraj and his accompanying delegation, on the occasion of their visit to the country.

Al Sarraj briefed HH The Amir during the meeting on the latest developments of the situation in Libya, and on efforts undertaken to establish and promote security and stability.

The two sides discussed what could be done to preserve the unity of Libya and its sovereignty over all its territory, especially in light of the growing phenomenon of terrorism in the region, and UN endeavors to combat it.

On his part, HH The Amir stressed the State of Qatar's position in support of Libya and its brotherly people.