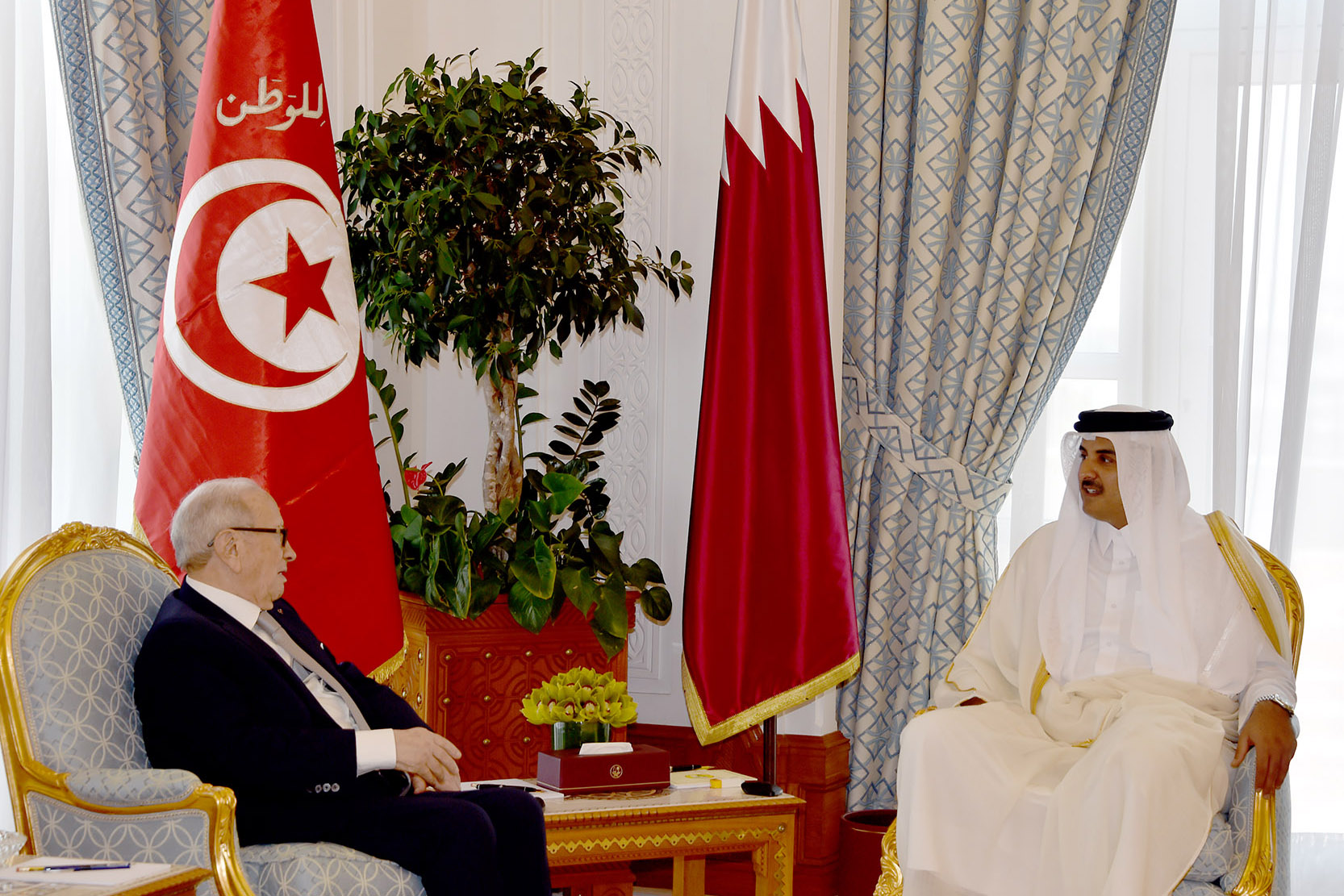 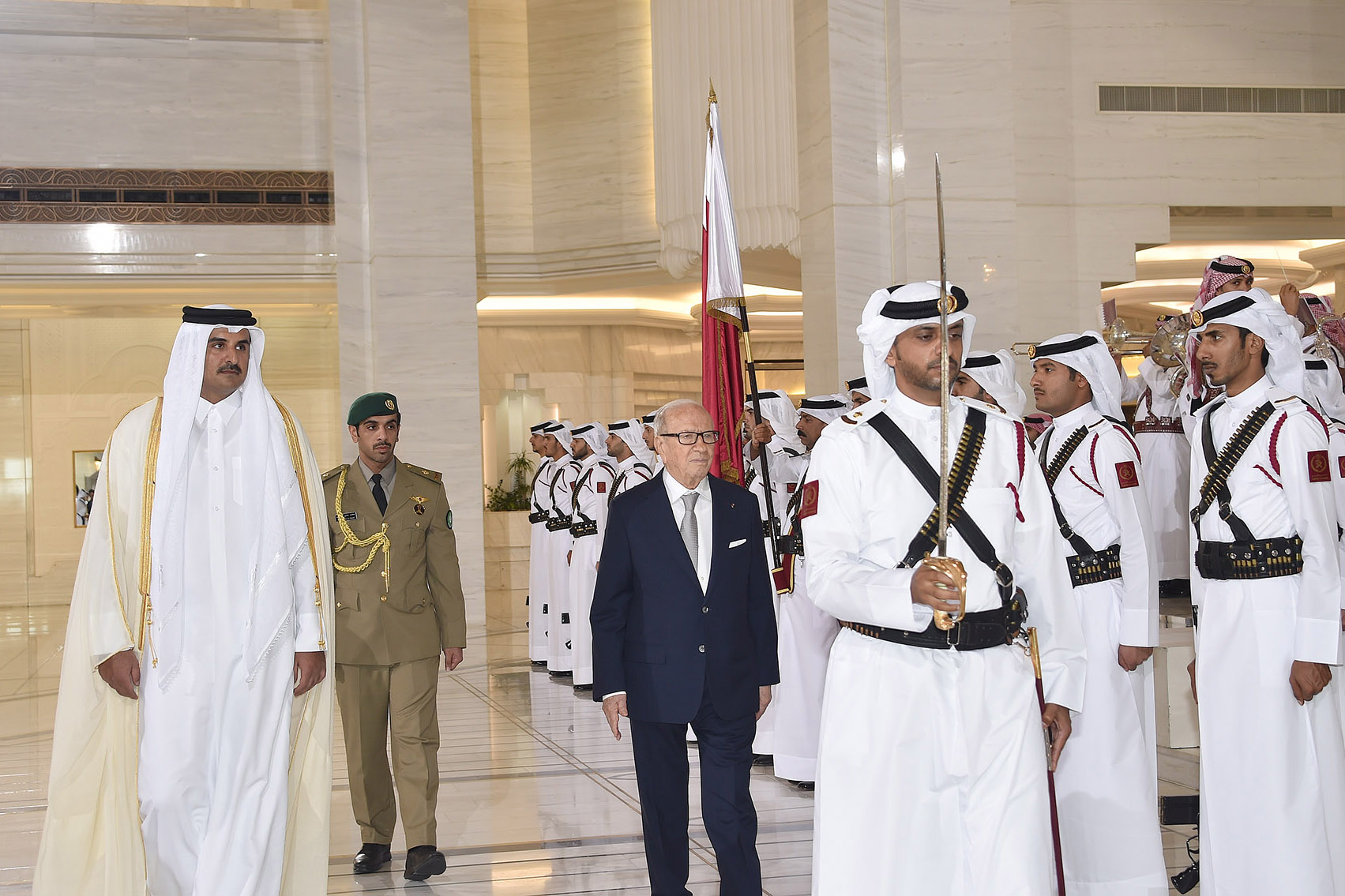 Their Excellencies the Ministers attended the session.

The session of talks was attended on the Tunisian side by members of the official delegation accompanying President Essebsi.

Talks dealt with bilateral relations and means of enhancing them in various fields, especially in the economic and investment sectors.

The two sides also discussed the overall developments on the regional and international arenas, exchanged views about them and held consultation on a number of issues of common concern.

Earlier upon his arrival at the Amiri Diwan, the Tunisian president was accorded an official reception ceremony.