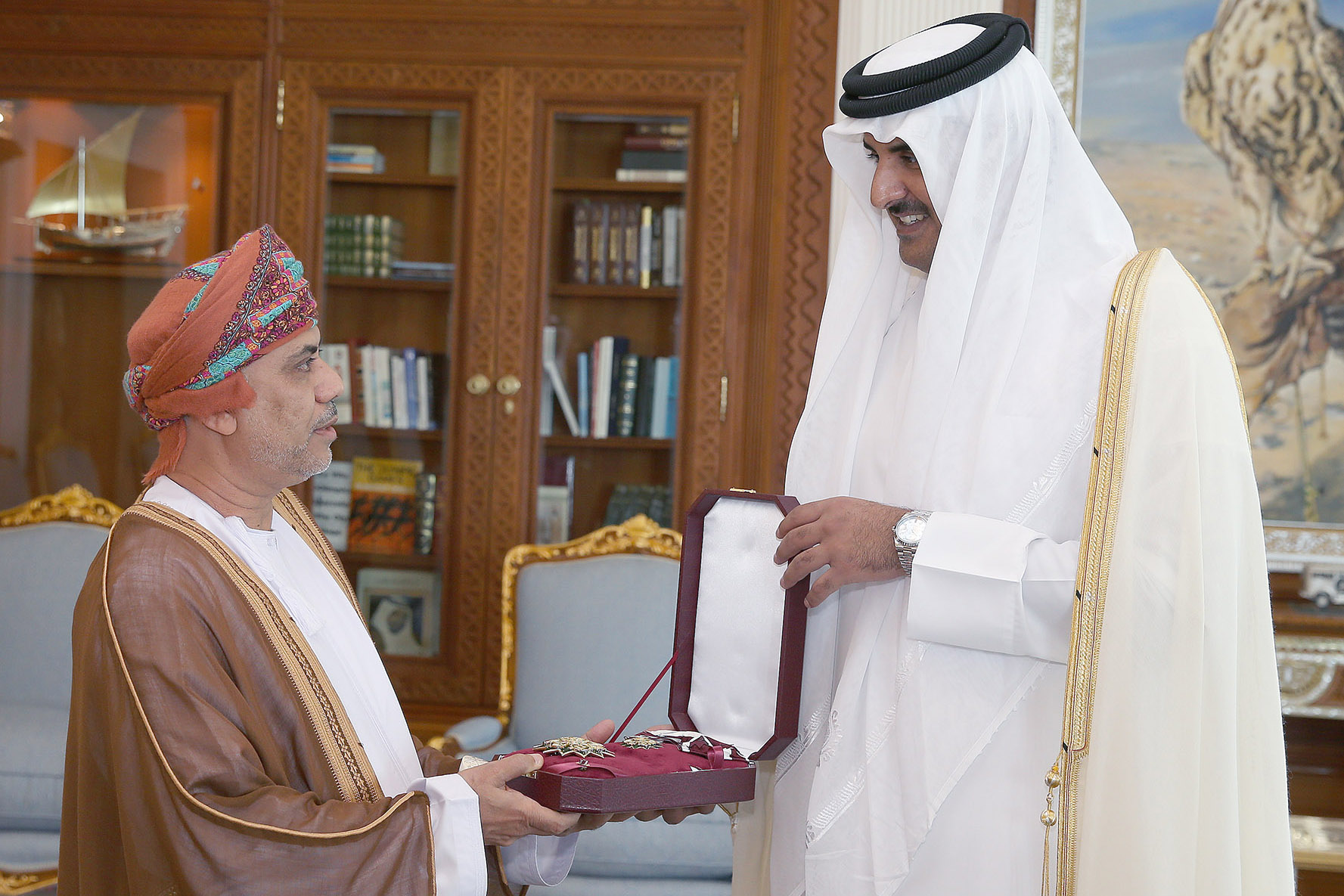 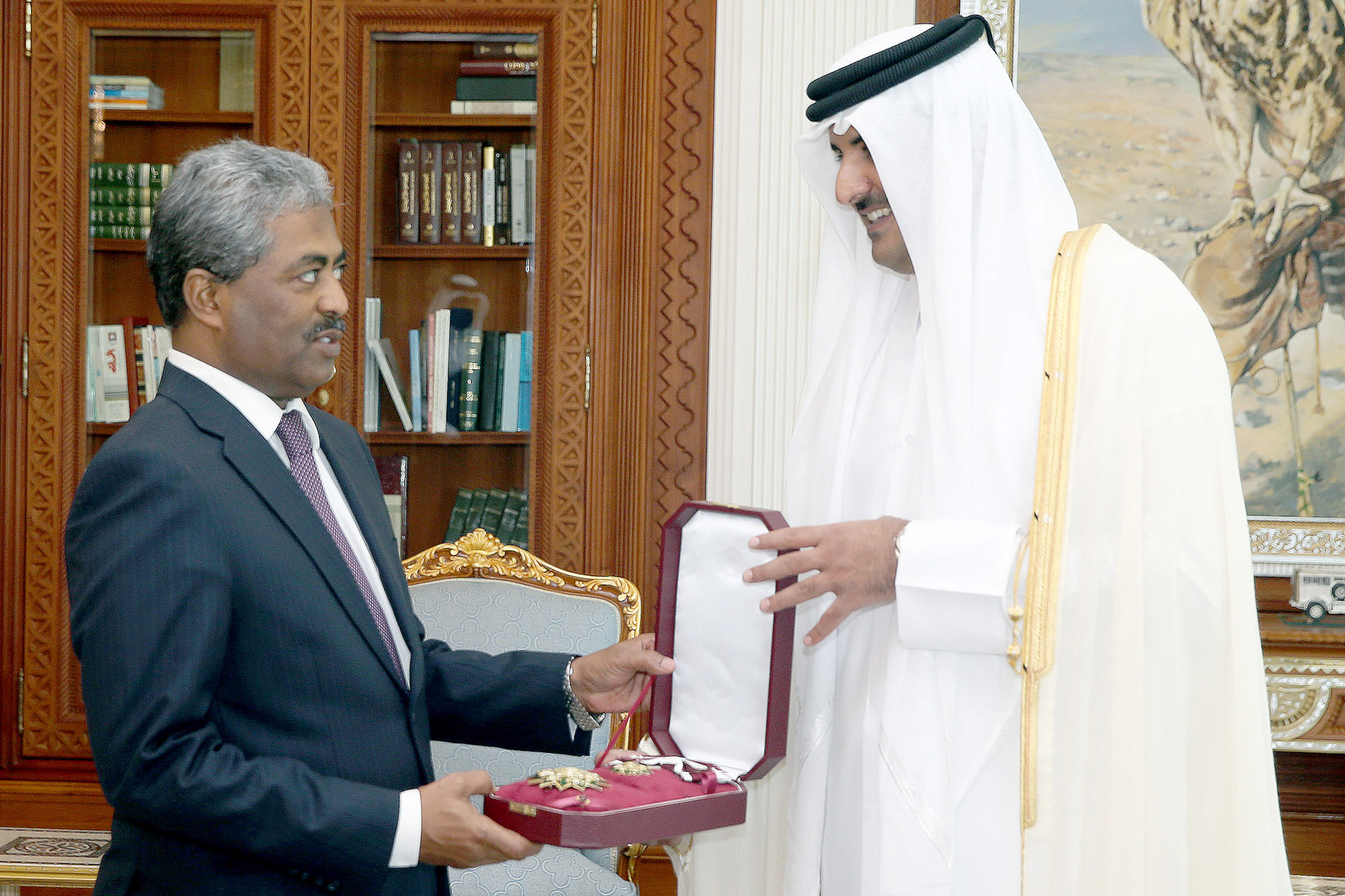 His Highness The Amir Sheikh Tamim bin Hamad Al Thani received on Tuesday morning at the Amiri Diwan HE the Ambassador of the Sultanate of Oman Mohammed bin Nasser Al Wihaibi and HE Ambassador of the Republic of Sudan to Qatar Yasser Khadir Khalaf Allah, who called on HH The Amir to greet him on the occasion of the end of their tenure in the country.

HH The Amir awarded Their Excellencies the Ambassadors the Sash of Merit in recognition of their efforts in enhancing ties between the State of Qatar and their countries, wishing them all success in their future assignments and for bilateral relations to further progress and prosper.

For their part, the Ambassadors expressed gratitude and appreciation to HH The Amir and the State's officials for the cooperation they received which contributed to the success of their work in the country.