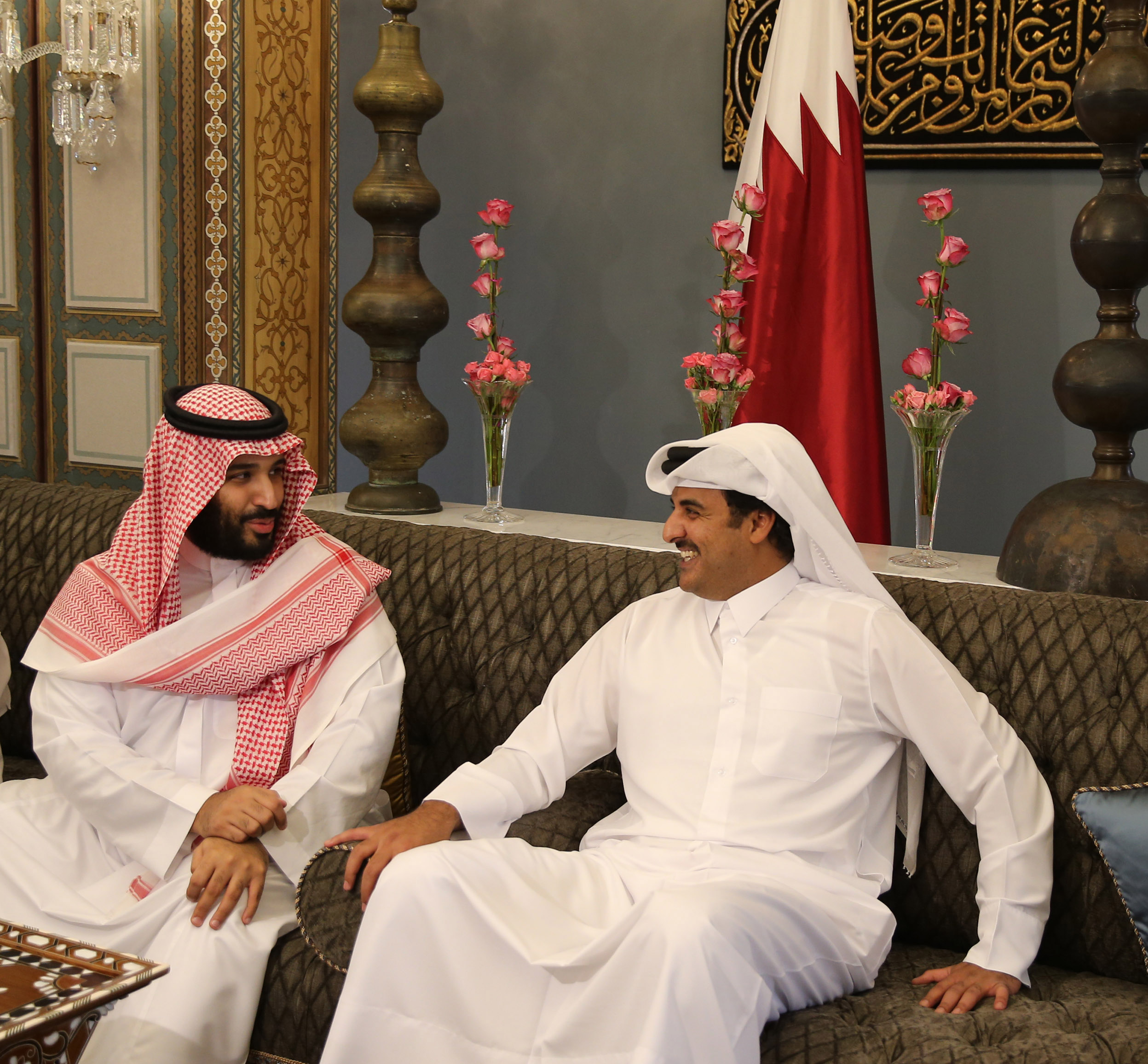 His Highness The Amir Sheikh Tamim bin Hamad Al Thani discussed with HRH Deputy Crown Prince, Second Deputy Premier and Minister of Defence of Saudi Arabia Mohammed bin Salman bin Abdulaziz al Saud the existing fraternal relations between the two countries and means of enhancing and advancing them in a way that serves the interests of both countries and their peoples.

At the outset of the meeting held at Al Bahr Palace on Tuesday, the Saudi Deputy Crown Prince conveyed the greetings of Custodian of the Two Holy Mosques King Salman bin Abdulaziz Al Saud and Saudi Crown Prince, Deputy Prime Minister, Minister of Interior Prince Mohammad bin Nayef bin Abdulaziz al Saud to HH The Amir along with their wishes of good health and happiness for him and more progress and prosperity for Qatari people.

On his part, HH The Amir entrusted the Saudi Deputy Crown Prince to convey his greetings to Custodian of the Two Holy Mosques and to the Saudi Crown Prince and his wishes of good health and happiness for them and more progress and prosperity for the Saudi people.

The meeting discussed several regional and international issues of common concern, especially the latest developments in the region and endeavours to sustain its security.

The meeting was attended by sheikhs and ministers. It was attended from the Saudi side by members of the accompanying delegation.

HH The Amir hosted a luncheon banquet in honour of Saudi Deputy Crown Prince and the accompanying delegation.