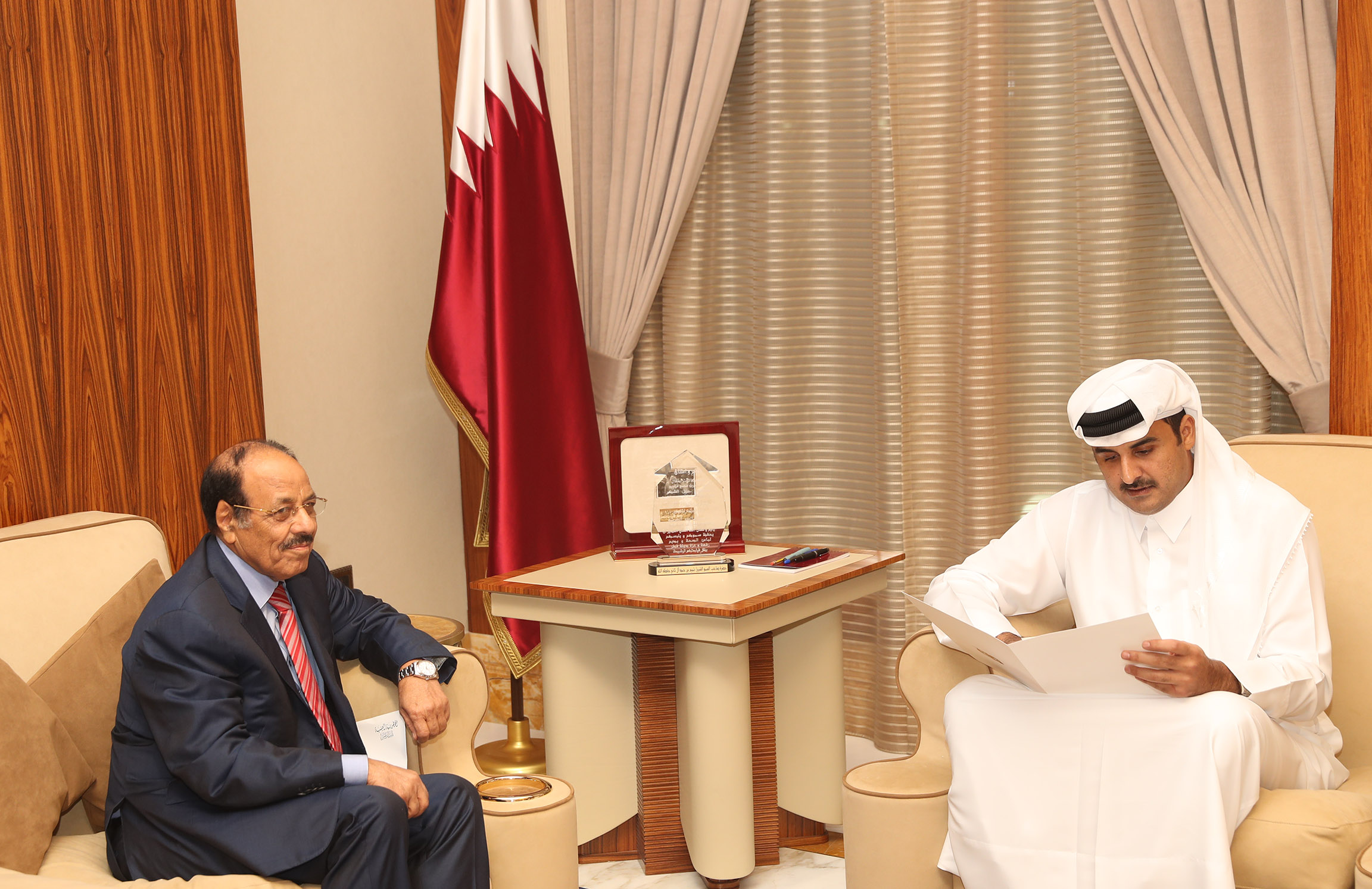 His Highness The Amir Sheikh Tamim bin Hamad Al Thani has received a written message from President Abd Rabbu Mansour Hadi of the Republic of Yemen, on the bilateral ties and ways of developing and strengthening them.

The message was delivered by the Vice President of the Republic of Yemen Lt. General Ali Mohsen Al Ahmar, during his meeting with HH The Amir this evening and the accompanying delegation at HH The Amir's office at Al Bahr Palace.

Discussions during the meeting also dealt with the latest developments on the Yemeni arena.