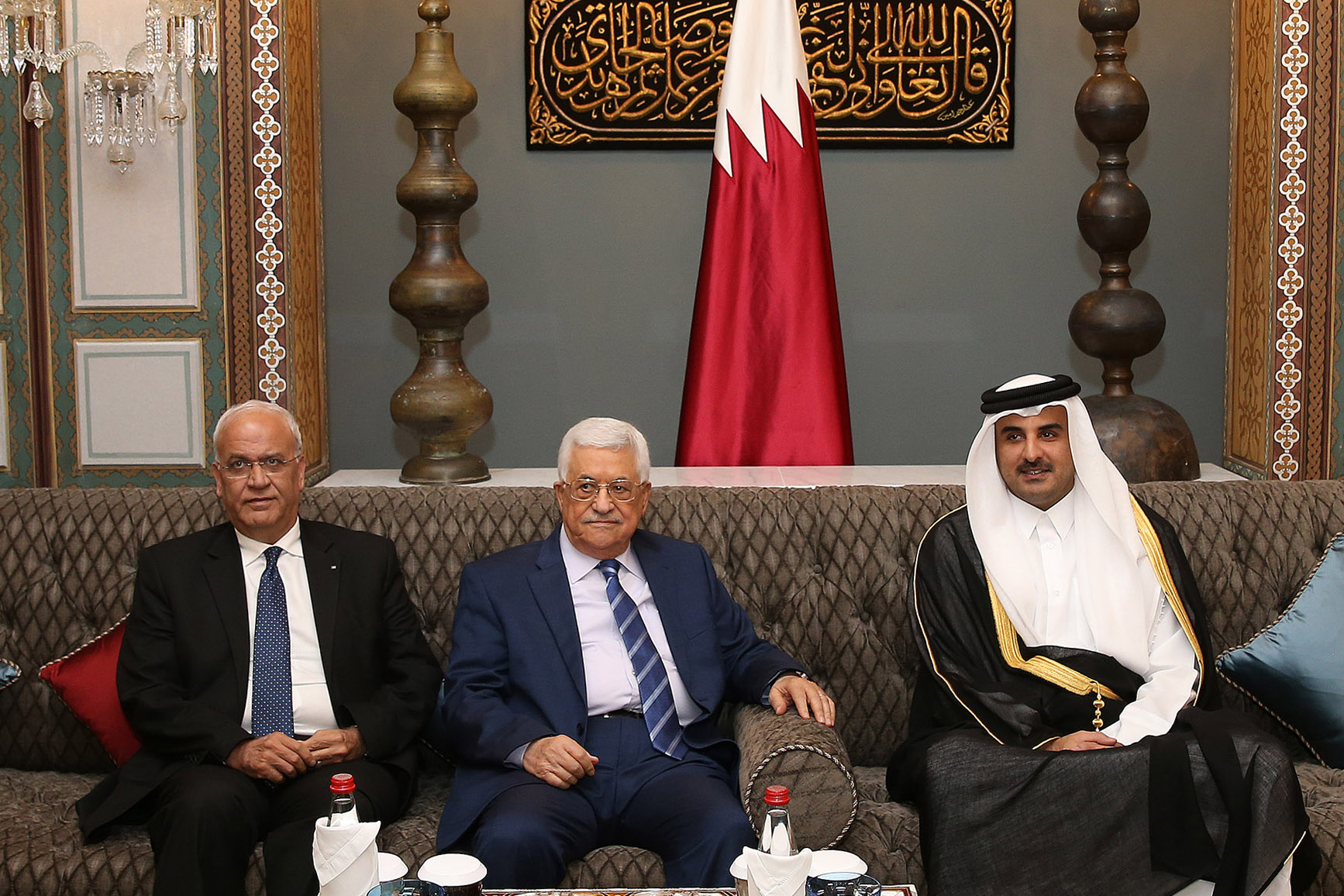 During the meeting, the two leaders discussed bilateral ties and exchanged views on a number of regional and international issues, particularly the developments on the Palestinian arena.

The meeting was attended by a number of Their Excellencies ministers, and by members of the official delegation accompanying the President.

HH The Amir hosted an Iftar banquet in honour of the Palestinian President and his accompanying delegation.