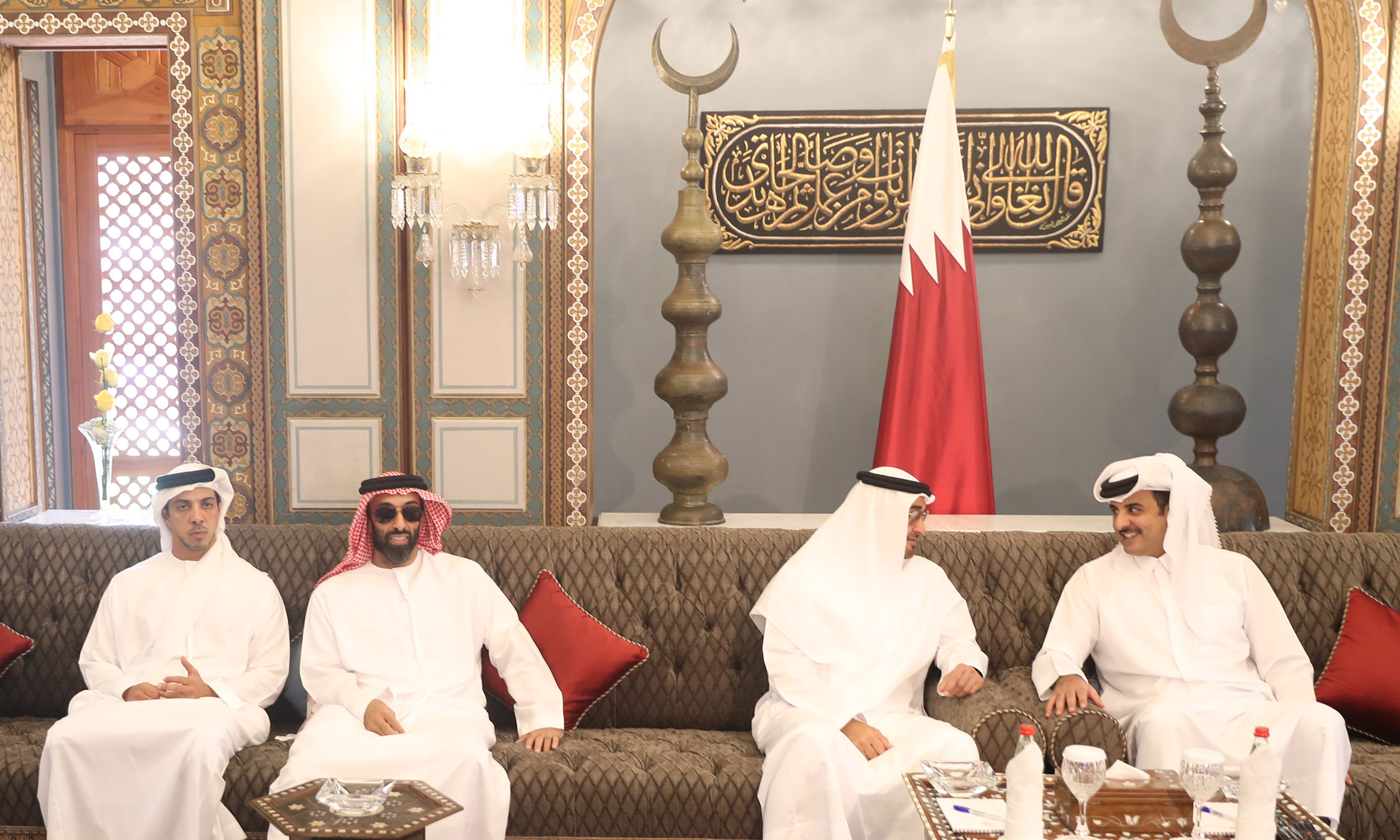 On his part, HH The Amir entrusted HH Sheikh Mohammed bin Zayed to convey his wishes of continued good health and happiness to the UAE President and more progress and prosperity to the brotherly people of the UAE.

Talks during the meeting dealt with the fraternal relations between the two countries and ways to advance them in various fields, particularly with regard to strengthening the bonds of fraternal cooperation within the framework of the GCC joint action in order to ensure further progress, security and stability for the peoples of the GCC states.

The two sides also reviewed the latest regional and international developments and exchanged views on a number of issues of common concern.

The meeting was attended by a number of Their Excellencies Ministers.