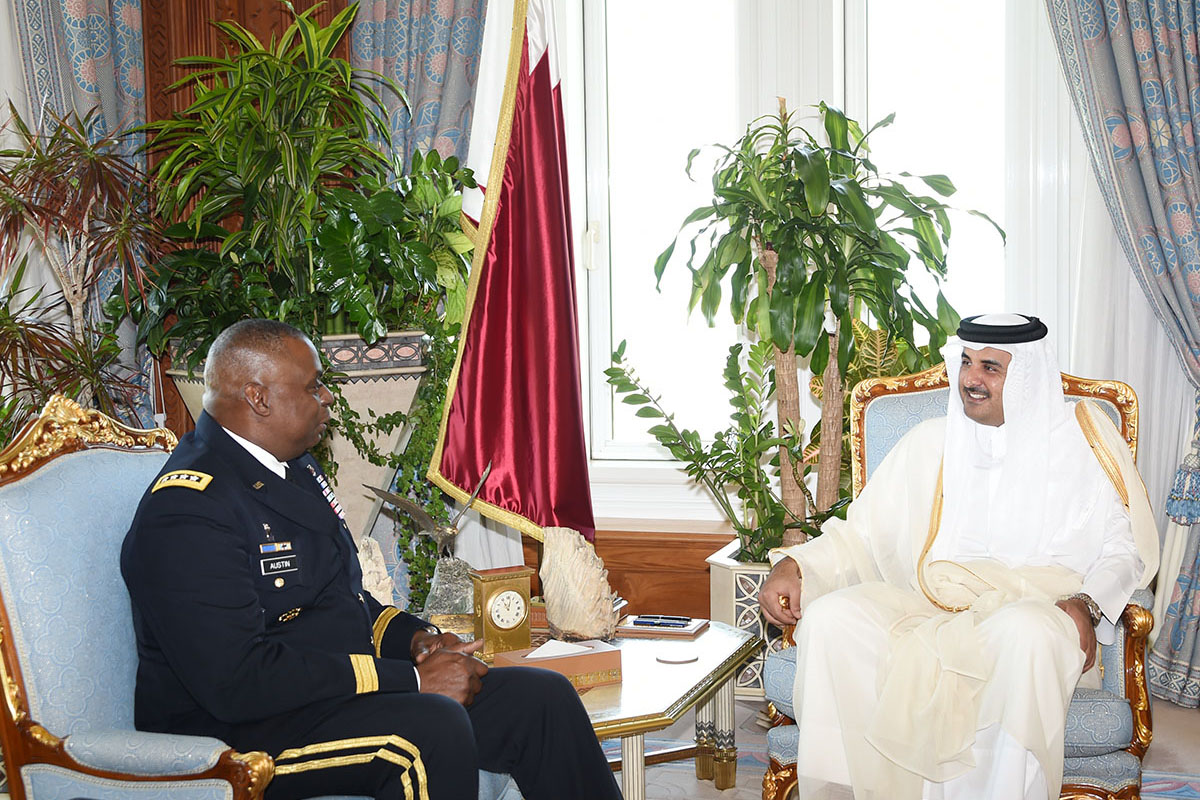 His Highness The Amir Sheikh Tamim bin Hamad Al Thani received on Monday the commander of United States Central Command Lloyd Austin and the delegation accompanying him on a visit to Doha.

During the meeting, they reviewed bilateral relations between the State of Qatar and United States, and exchanged views of common concern on the latest developments in the region and internationally.