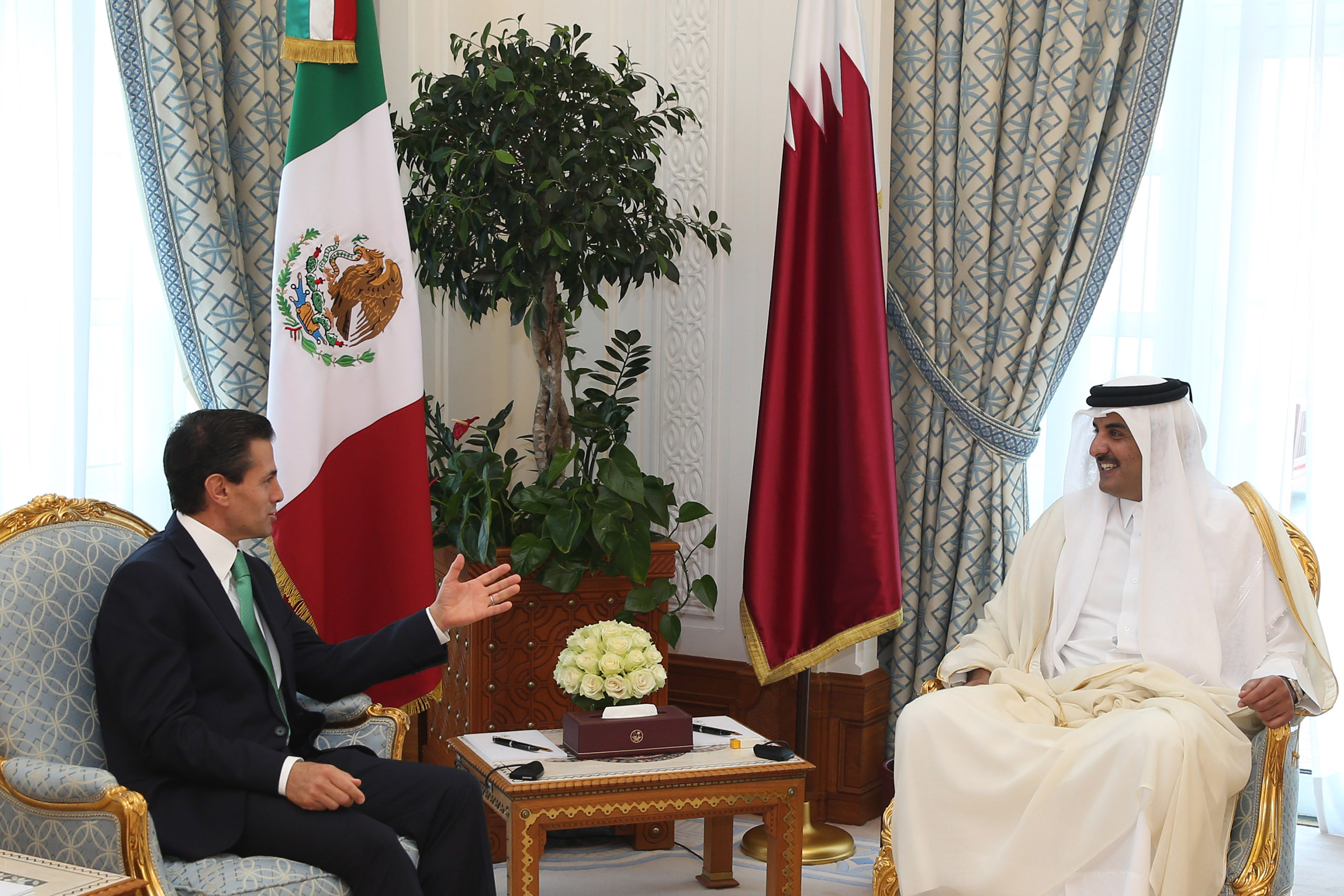 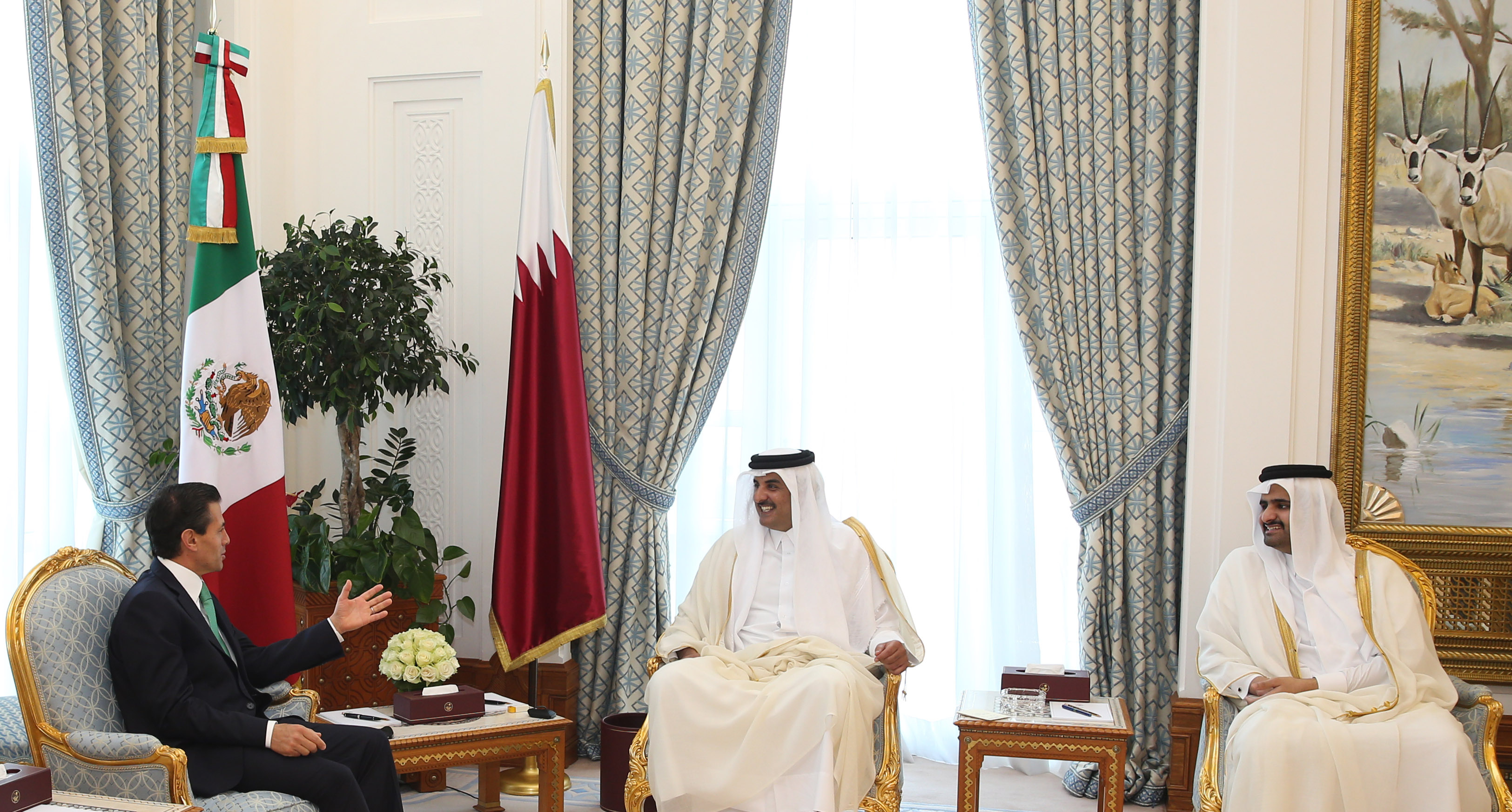 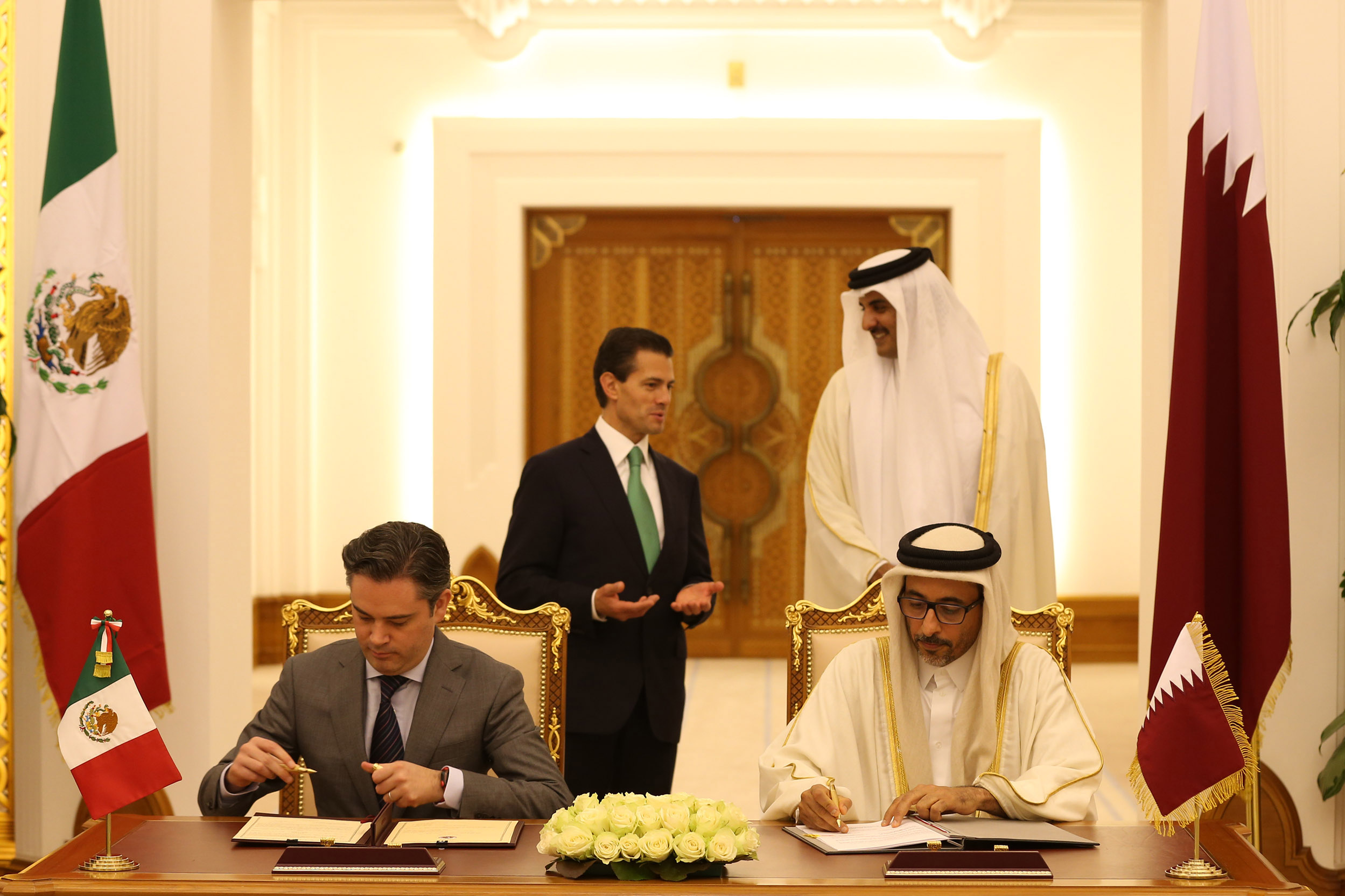 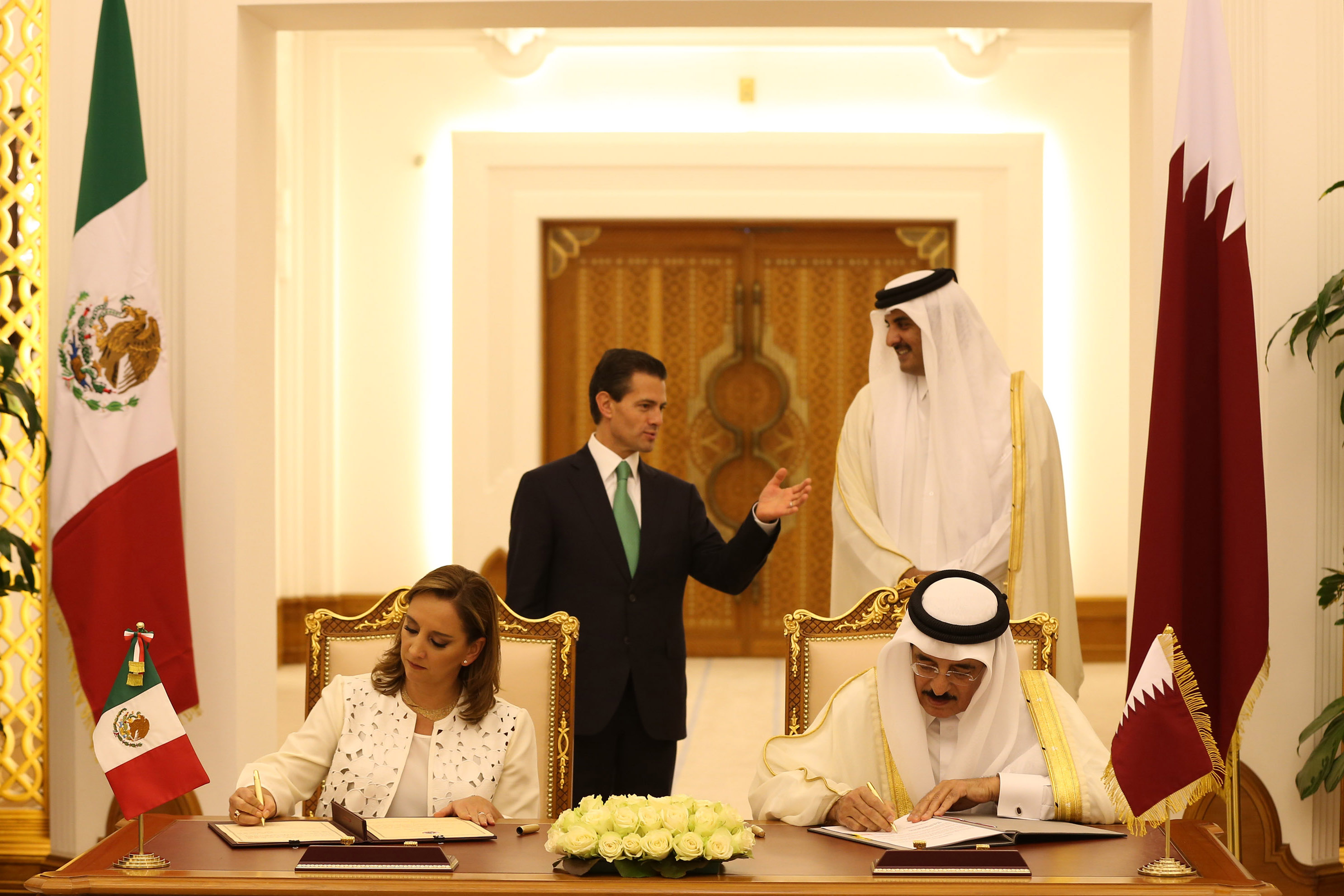 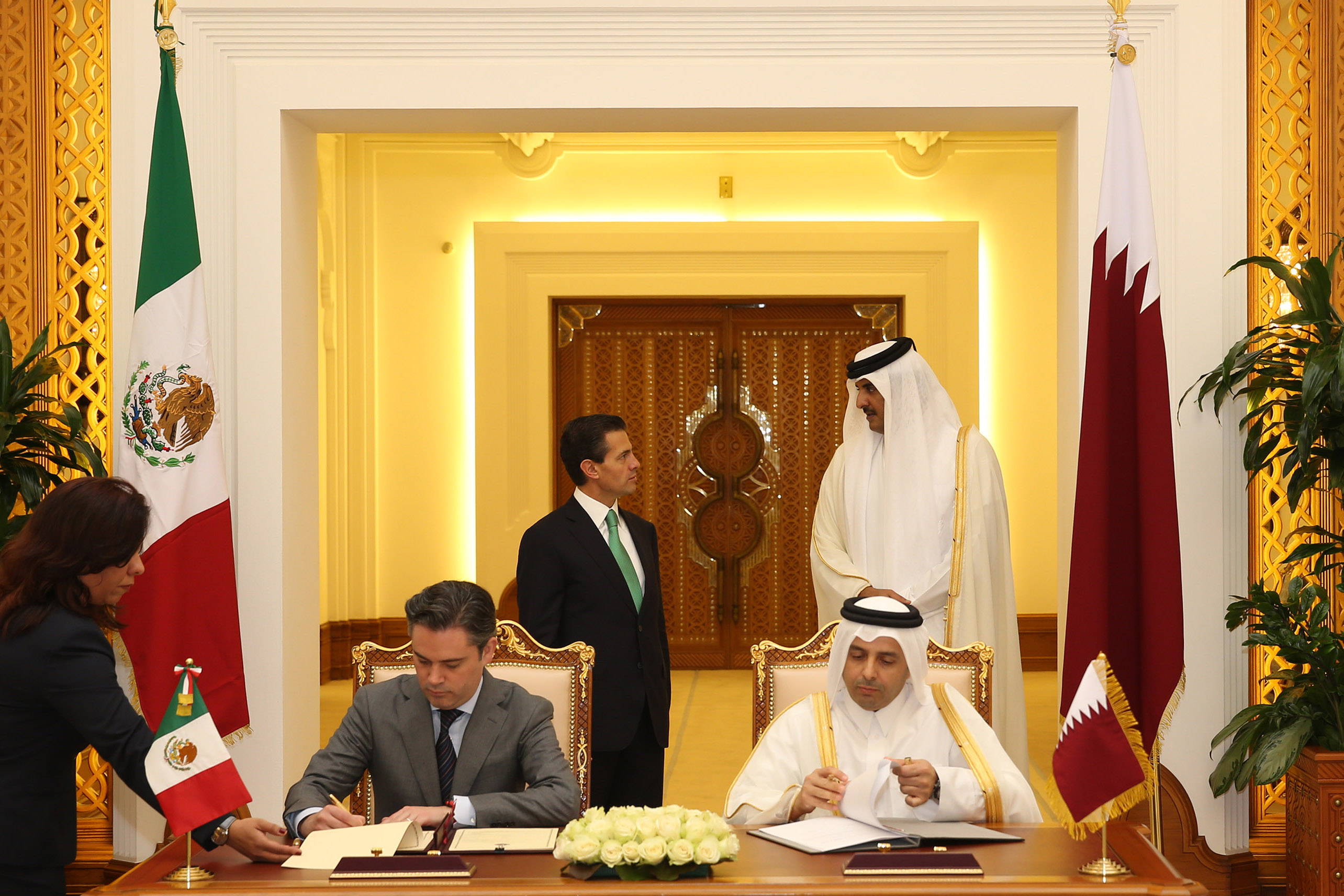 His Highness The Amir Sheikh Tamim bin Hamad Al Thani held official talks with HE President of the United Mexican States Enrique Peña Nieto at the Amiri Diwan on Thursday.

It was attended as well by a number of Their Excellencies ministers, along with members of the delegation accompanying the Mexican President.

During the official talk session, the two sides explored bilateral relations between the two countries and ways of enhancing them in all fields, particularly in economy and investment. They also discussed a number of regional and international issues of mutual concern, including the developments in the Middle East, especially the situation in Palestine, Syria and Yemen.

Following the talk session, HH The Amir and HE the President of Mexico witnessed the signing of a number of agreements and memoranda of understanding between the two countries.

HE the Mexican president arrived earlier at the Amiri Diwan, where he was accorded an official reception ceremony.