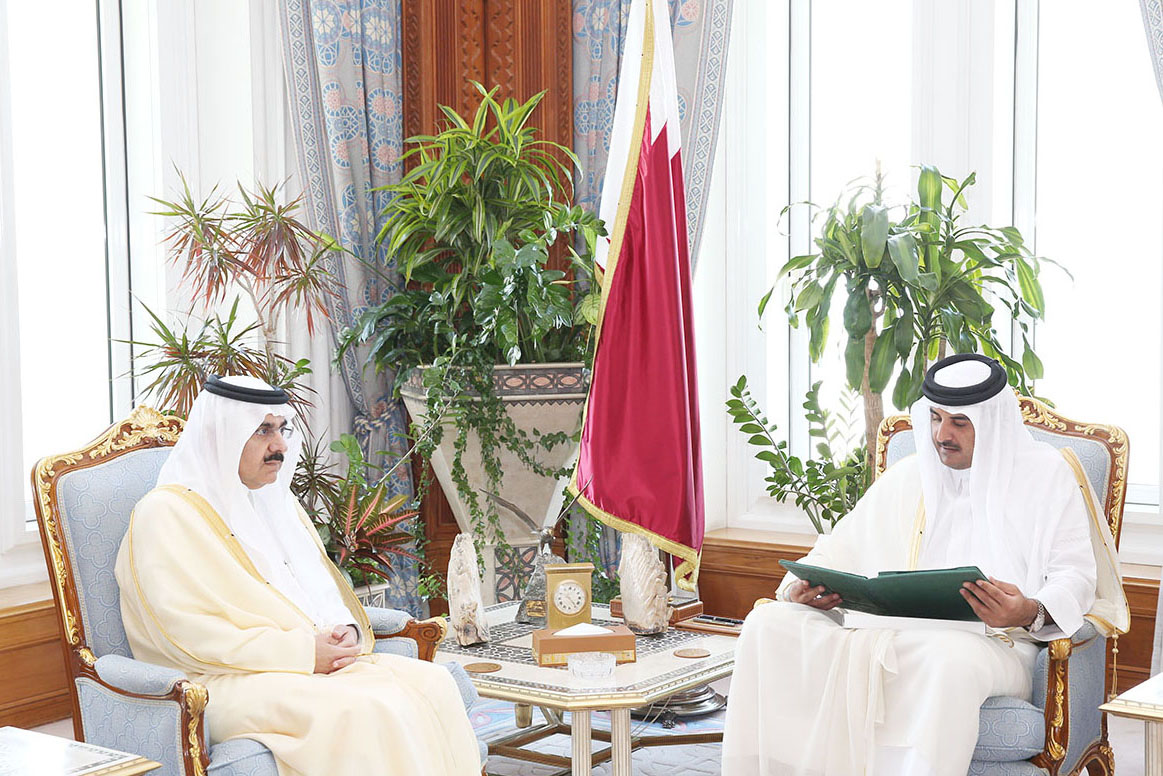 His Highness The Amir Sheikh Tamim bin Hamad Al Thani has received a written message from the Custodian of the Two Holy Mosques, King Salman bin Abdulaziz Al Saud of Saudi Arabia, on the fraternal relations between the two countries and ways to advance and boost them as well as on issues of common concern.

The message was handed over by visiting Saudi Minister of State and Cabinet member Dr Musaed bin Mohamed Al Aiban when HH The Amir received him at the Amiri Diwan today.