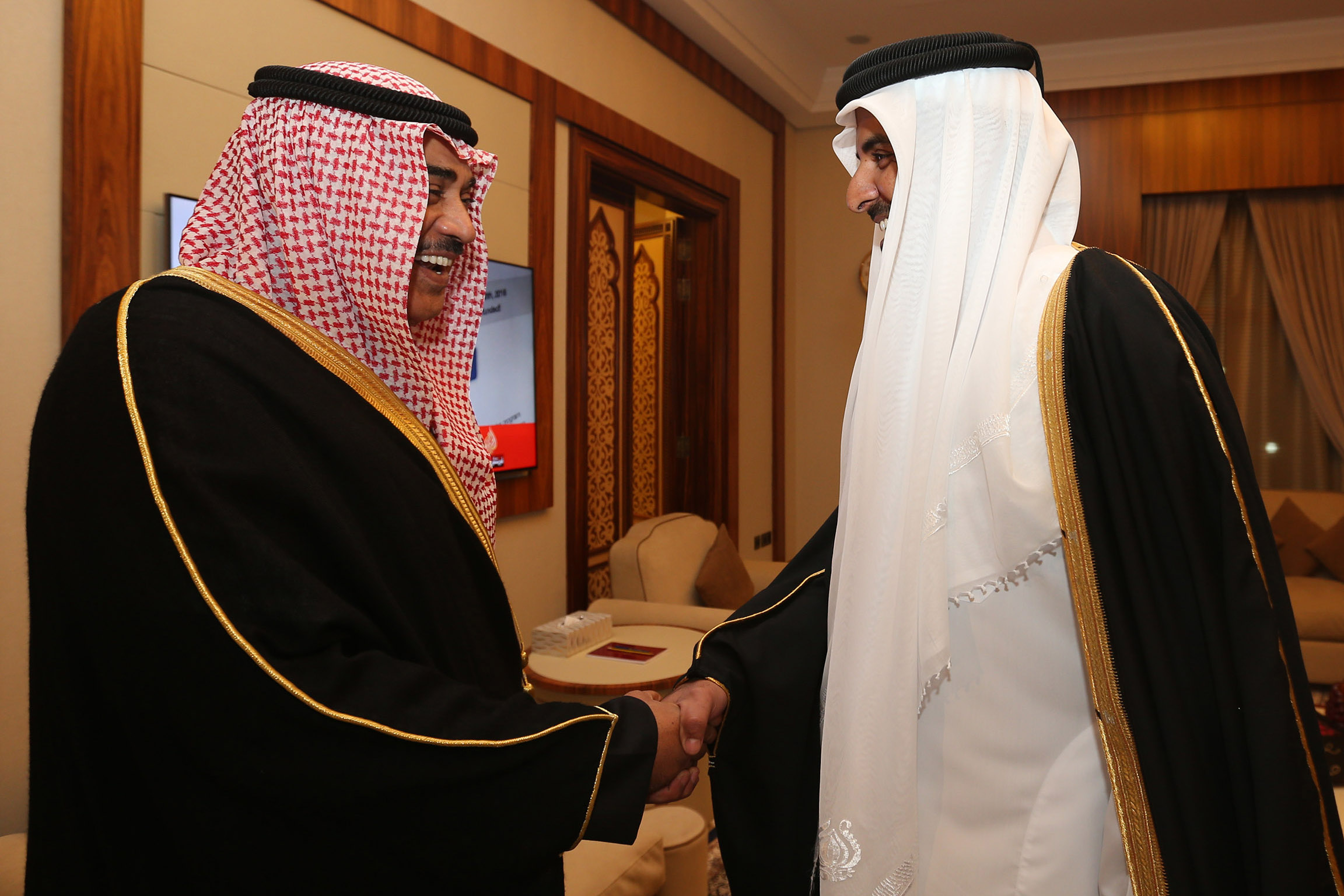 In turn, HH The Amir entrusted HE the Kuwaiti first deputy prime minister with his greetings and wishes of health and wellbeing to HH The Amir of Kuwait and further wishes of progress and growth to the fraternal Kuwaiti people.

The meeting reviewed the strong brotherly ties between the two countries and means of boosting and enhancing them on all fronts in addition to exchanging views on a set of issues of common concern.