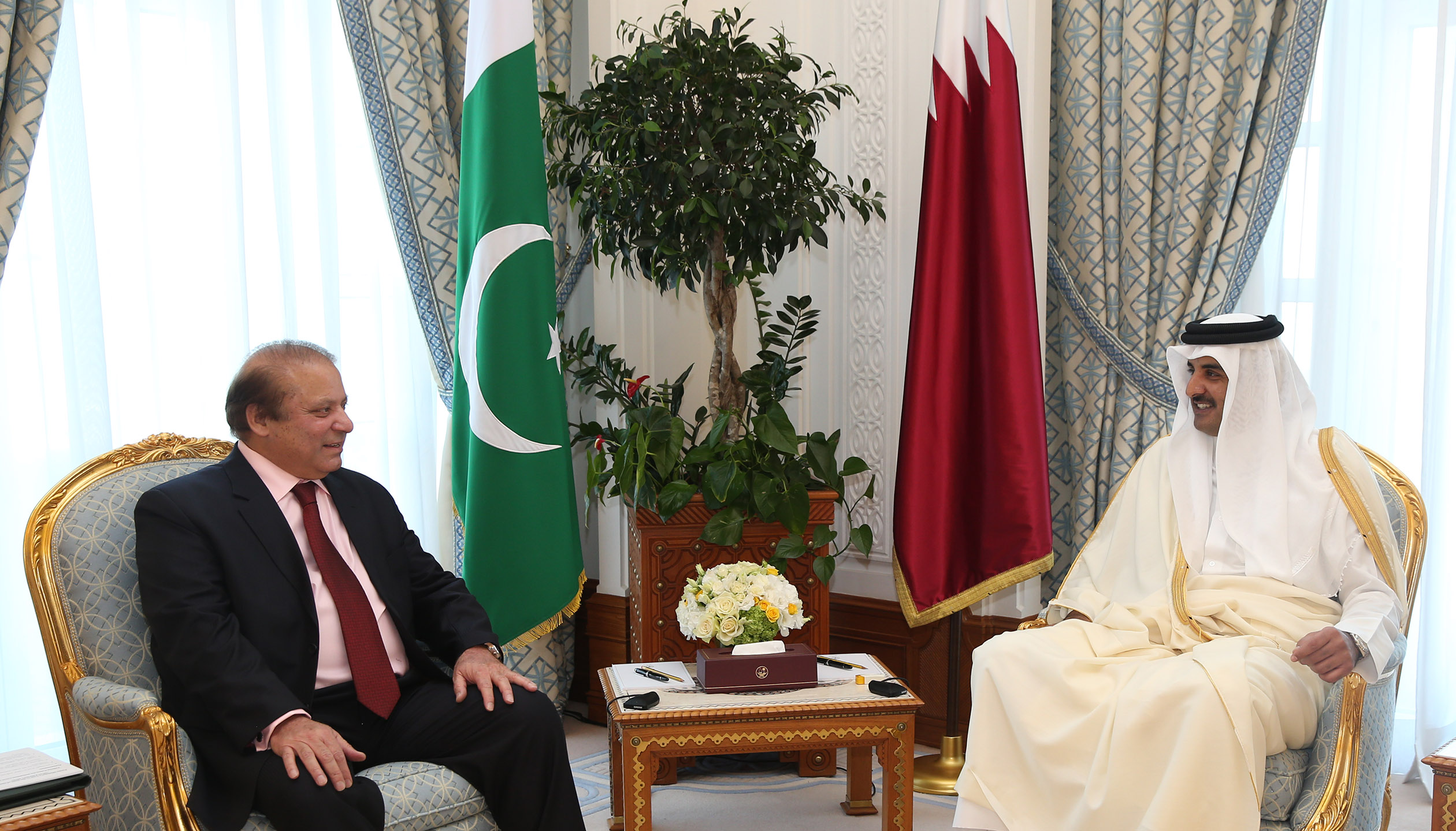 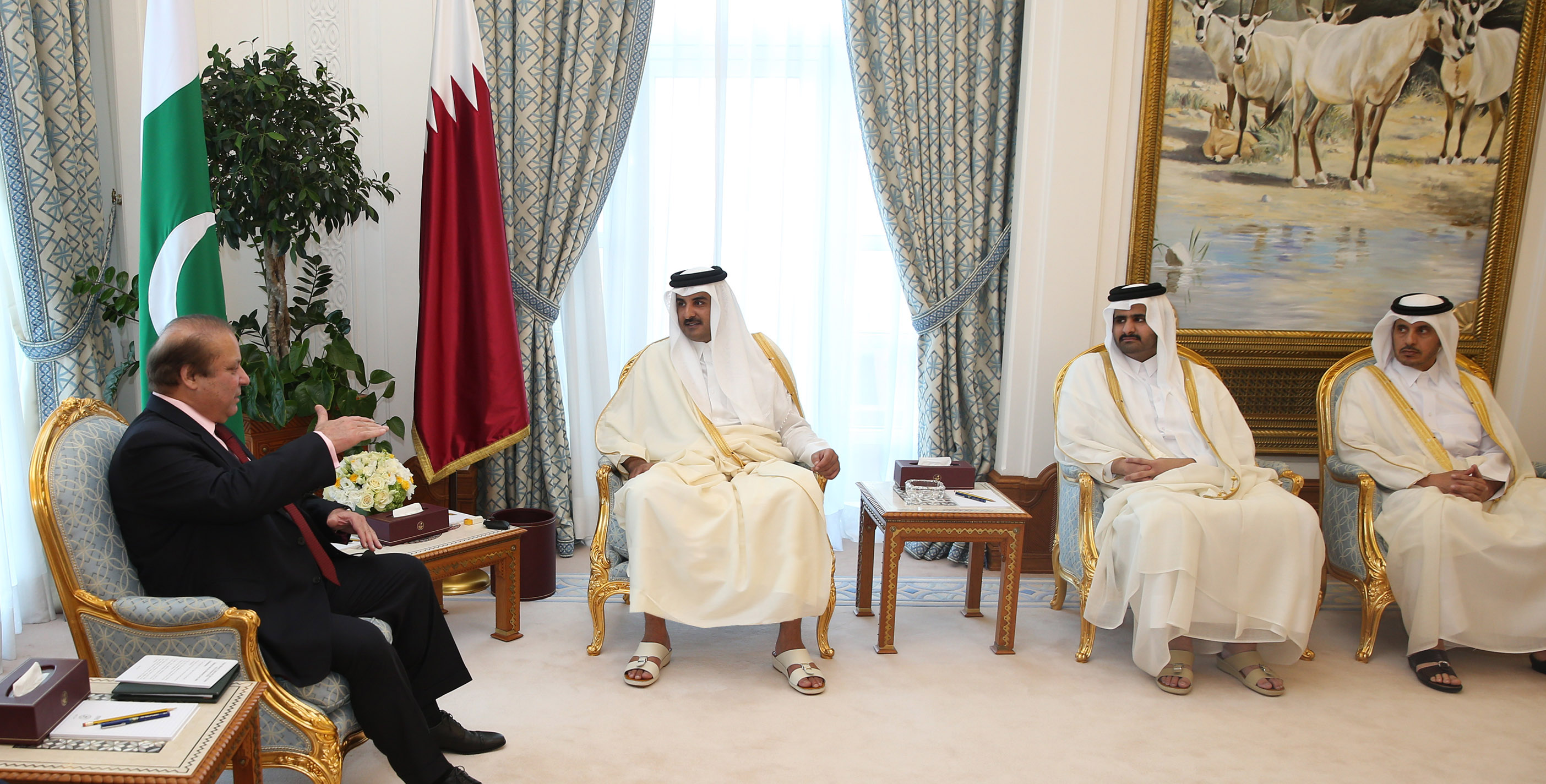 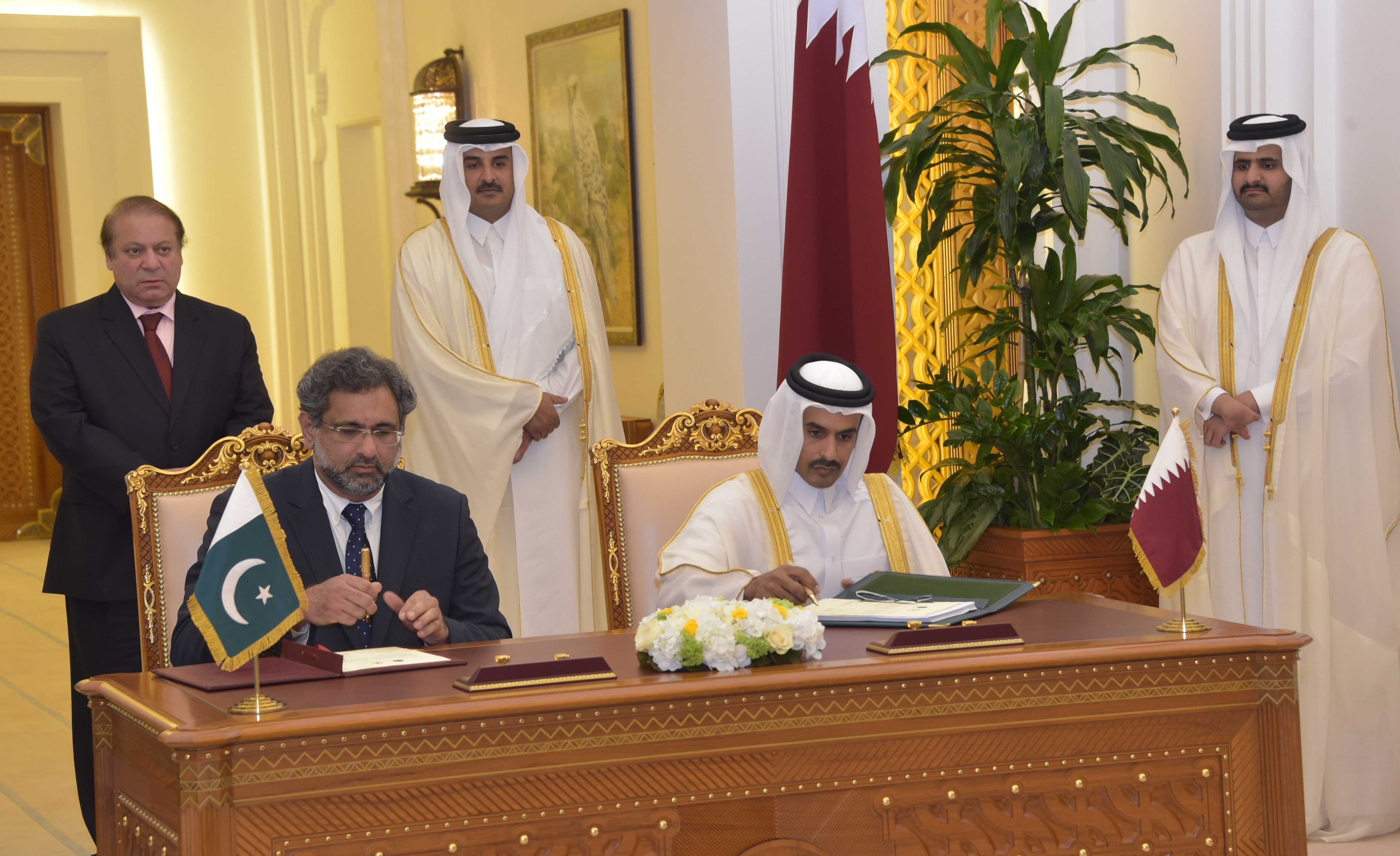 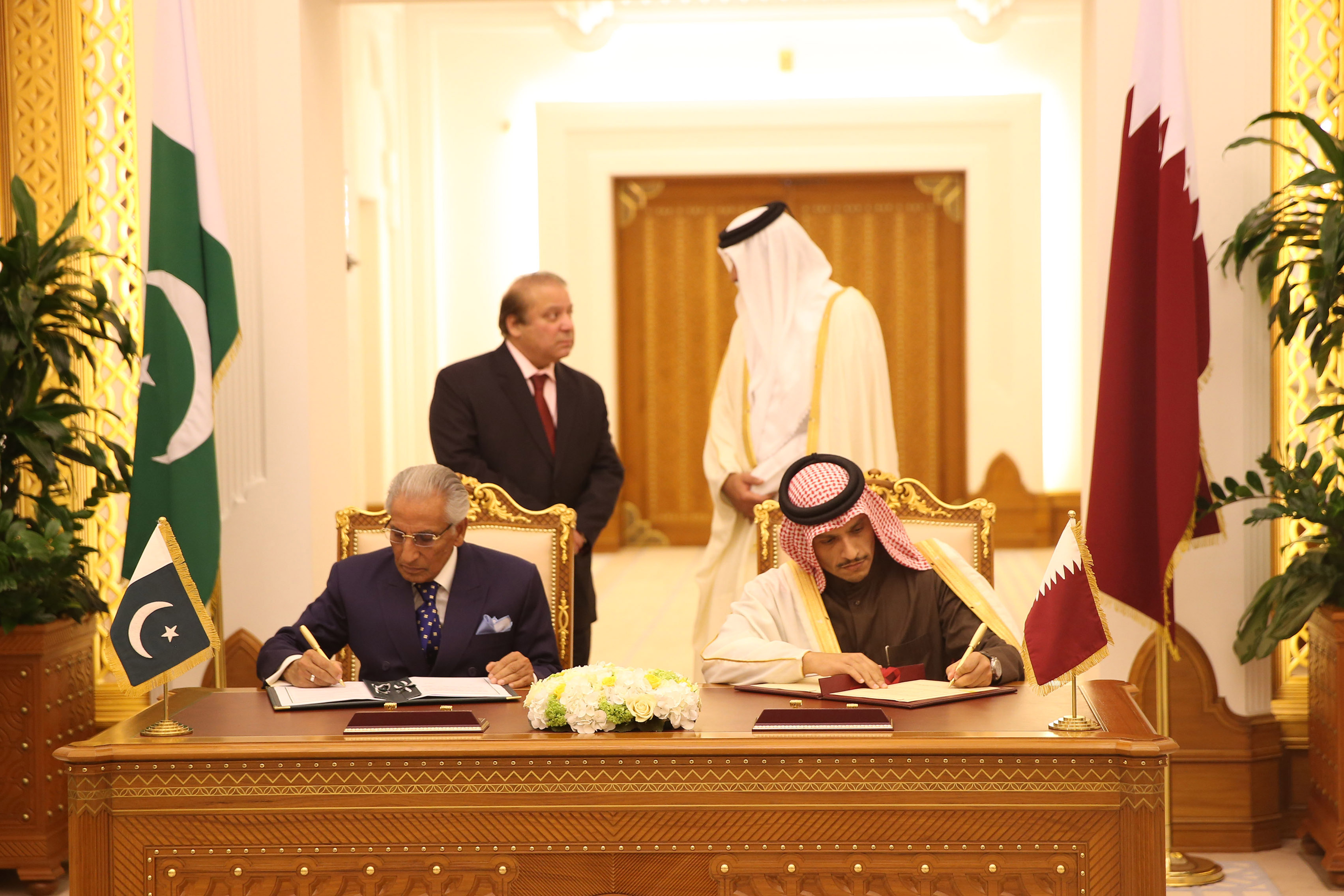 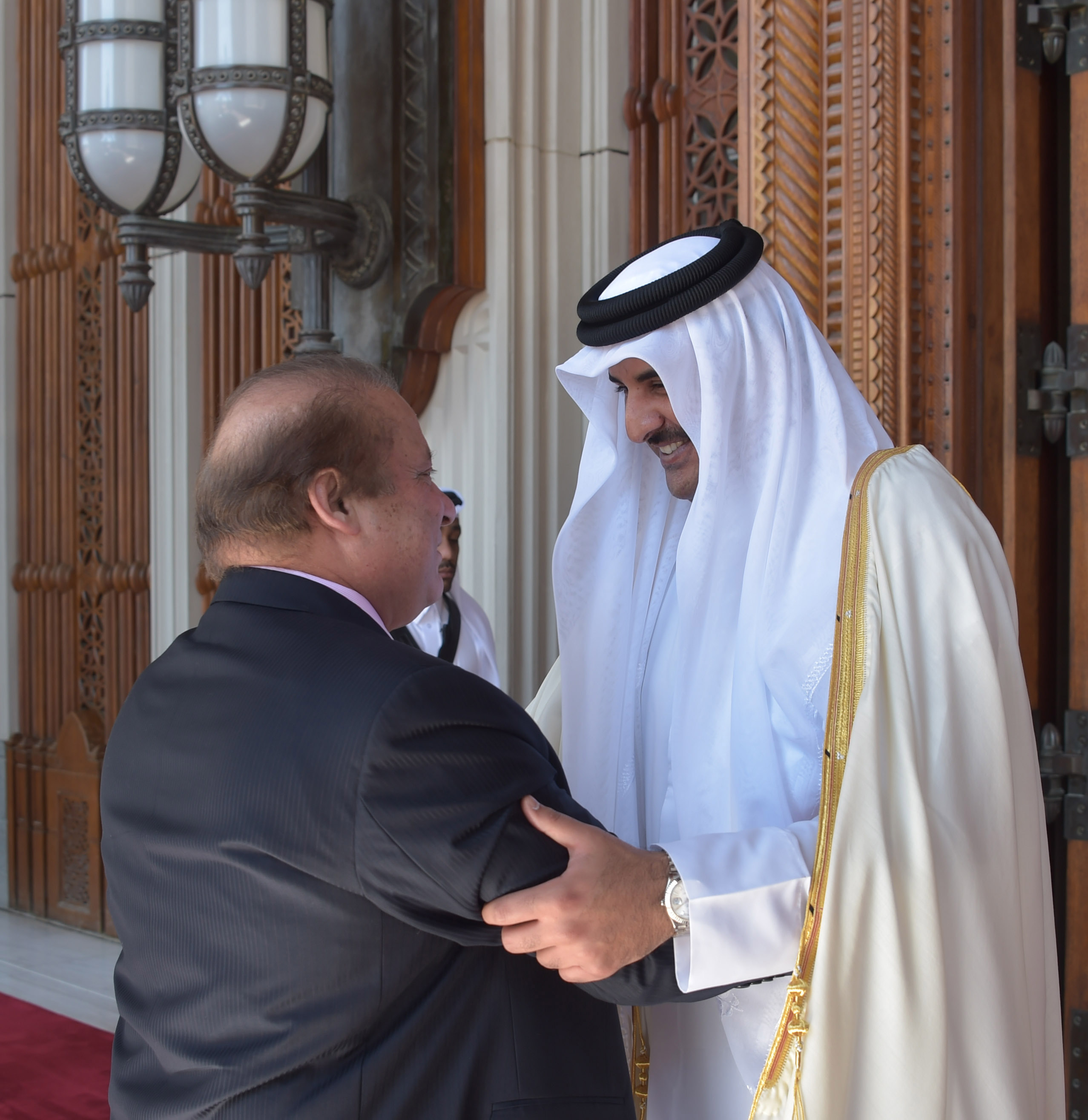 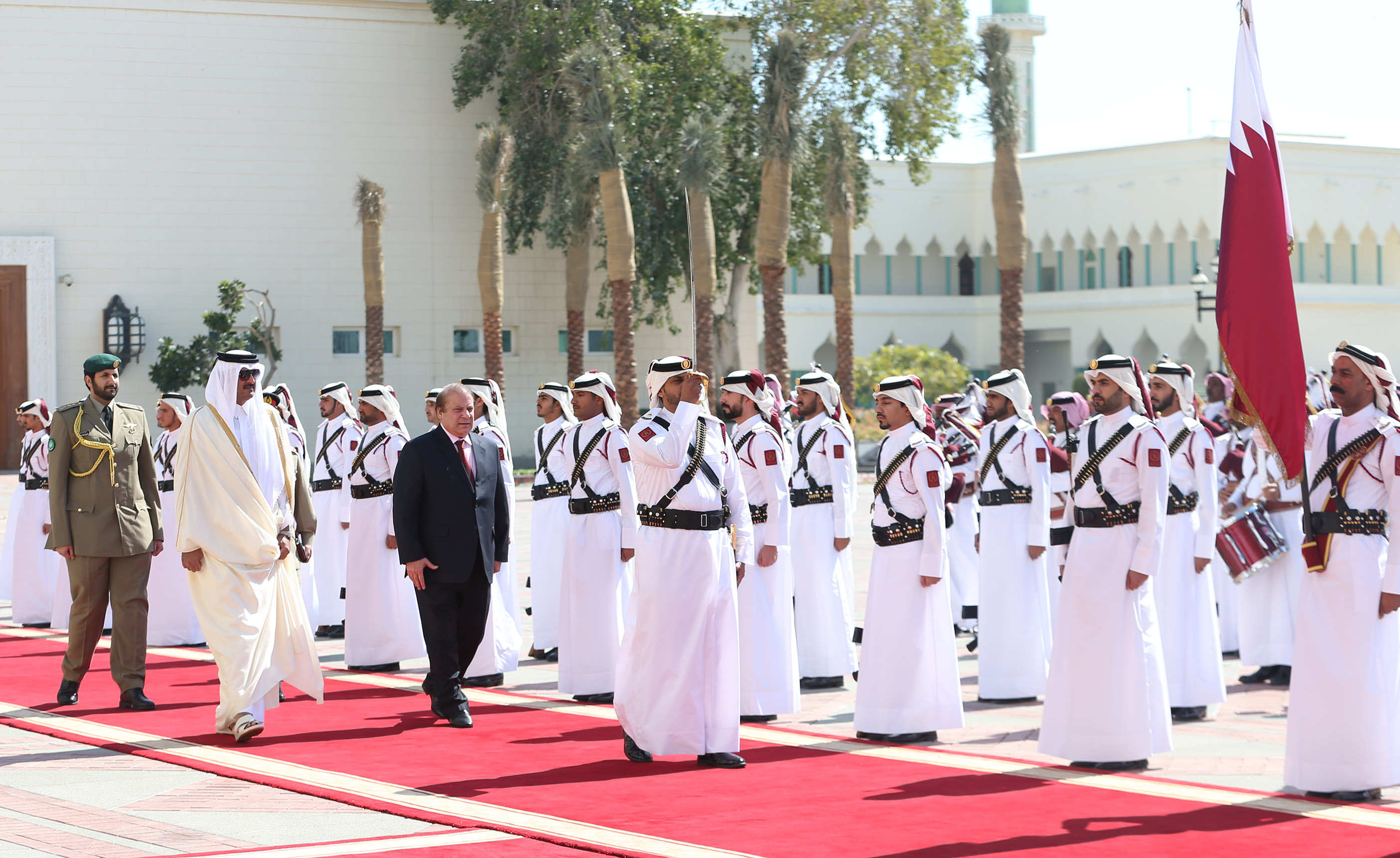 His Highness The Amir Sheikh Tamim bin Hamad Al Thani and Prime Minister of the Islamic Republic of Pakistan Nawaz Sharif held at the Amiri Diwan on Wednesday official talks during which they reviewed bilateral relations between the two countries and means of enhancing them.

Talks during the meeting dealt with the promotion of investment opportunities and broadening bilateral cooperation in energy, economy and military fields.

In the political sphere, the two sides have discussed a number of regional and international issues of mutual concern, particularly the latest developments in the Middle East.

The session of talks and the signing ceremony of agreements were also attended by HE the Prime Minister and Minister of Interior Sheikh Abdullah bin Nasser bin Khalifa Al Thani along with a number of Their Excellencies the Ministers.

On the Pakistani side, they were attended by members of the official delegation accompanying the Prime Minister of Pakistan.

The Pakistan's Prime Minister has earlier arrived at the Amiri Diwan and was accorded an official reception ceremony.