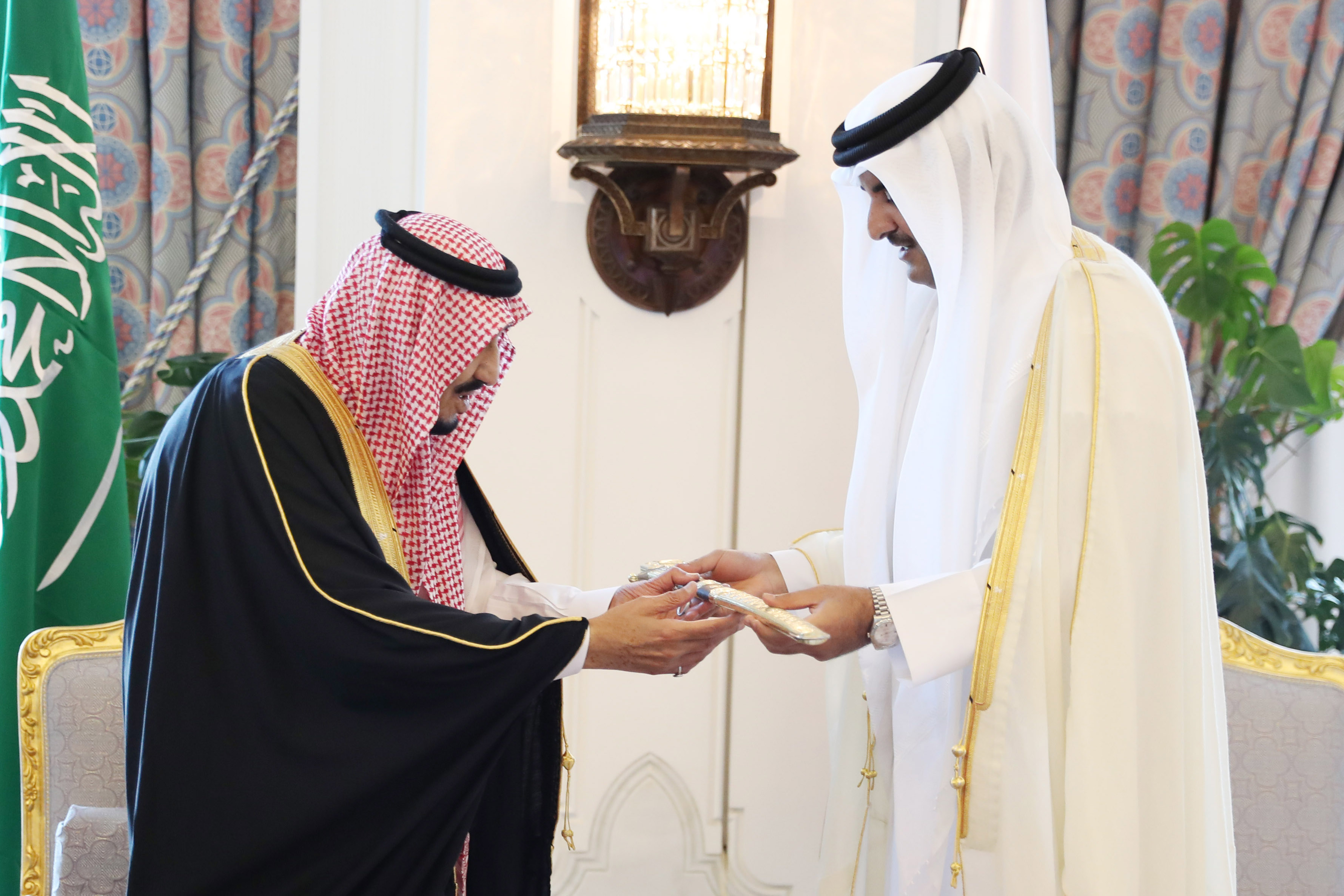 The Sword of the Founder is the highest national decoration, which is carried by The Amir of the State and is to be presented to Kings, Princes and Presidents in accordance with Law No. 17 of 2016 on civil orders issued by HH The Amir.

It is the first time that this Sword is presented and it is an expression of HH The Amir's appreciation to and feelings of affection for the Custodian of the Two Holy Mosques and his high status, and in order to cement bonds of brotherhood between the two brotherly people.